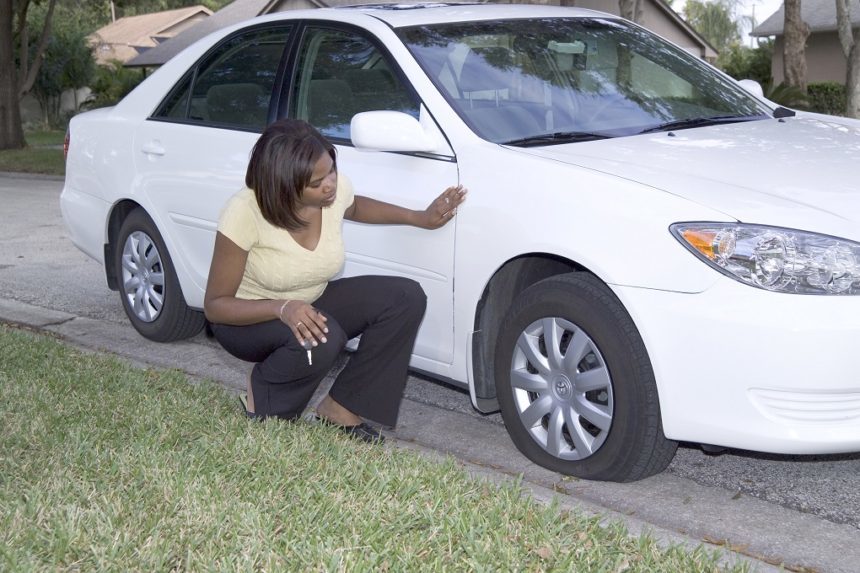 Flat Out Annoying! 28% of New Vehicles Sold Without a Spare Tire

If you’ve ever found yourself stuck on the side of a road with a flat tire, you know the pain. However, nearly a third of automakers are now going to make it more painful for you when it does happen.

According to a recent report by AAA, 28% of all 2017 model year cars lack a spare tire. While there are a number of reasons for this, none of them actually keep the driver in mind.

Perhaps the most common reason for ditching the spare is weight. In the never-ending quest for better fuel economy, companies look at shedding pounds anywhere they can. With some wheel and tire combos tipping the scales at nearly 100lb, it adds up to fractions of an mpg. But, combine those fractions with other fractions and you start to get somewhere.

Along with the weight savings, there’s also an issue with some vehicles being too hefty. The Tesla Model S tips the scales at nearly 5,000lb. This means a standard car jack is unable to lift it off the ground safely. As cars get heavier and heavier, this will continue to be an issue.

Another common reason is packaging. Modern car design uses a whole slew of unique shapes. Sometimes when it’s all said and done a choice needs to be made. Do they give rear passengers more leg room, redesign the trunk space, or ditch the spare? Obviously ditching the spare is the easiest.

There’s also a growing trend with run-flat tires. We happen to dislike run-flats and typically terrible for the 99.9% of the time they stay inflated. They offer a harsh ride and typically wear quicker than non-run-flats. They can also use firmer rubber and poor weather traction often suffers.

In addition to these faults, they also lull owners into a false sense of security. Marketing is the main culprit here. Run-flats often are thought of as something invincible, when in reality they’re just a small safety net. While it’s true you can drive for some distance if you get a nail in your tire, they won’t prevent you from getting a blowout.

So if manufacturers are forgoing the spare, what are they doing to keep people moving in the event of an incident? Many vehicles without spares come with tire foam sealant and a 12v compressor. This is less than ideal. 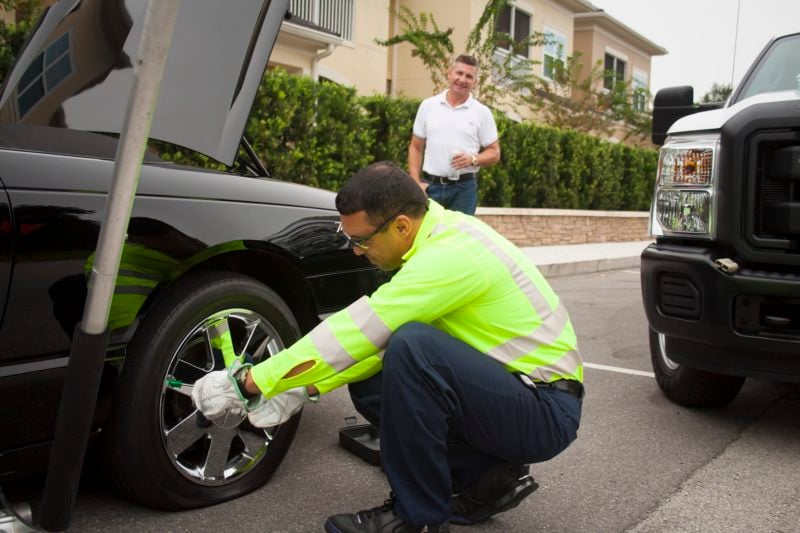 The foam sealant only works for small punctures and not blowouts. It might not properly seal the sidewalls of the tire if that’s where your leak happens to be. You also run the risk of damaging your wheels and even the rubber of the tire.

Also, many tire shops won’t touch a tire fixed with tire foam. It makes a mess and any patches the shop might apply could fail to stick. This means you’ll need to buy a new tire, something most people don’t typically want to do.

The foam sealant will work in a pinch, but it’s far from the best solution.

In addition to the lack of a spare from the manufacturer, there’s another concerning trend. According to another AAA report, 20% of all drivers in the US are clueless when it comes to changing a tire. This comes mostly from drivers age 16-34 who claim to have never learned the skill.

As gearheads, we might scratch our heads at that, but do an impromptu survey with your friends. Chances are many of them won’t know how to swap a tire in the event of a flat. Many of them might not even know if their car comes with one or not.

Knowing how to change a tire is an important skill. If you don’t know, watch a couple YouTube videos and practice it on your car in the driveway.

No one wants a flat tire and when it happens it’s stressful and frustrating. That’s why we’re disappointed at the lack of spares offered in cars nowadays. Hopefully, at some point, tire technology will either advance to prevent most flats, or automakers get the hint that this feature is important.