George V Paris is a city-based circuit set in Paris, France, at nighttime. It has many sharp, narrow corners, and is very difficult to overtake here, excluding the factor of A.I. movements. It is commonly the host to tarmac rallies, and only two (16) cars are allowed to participate on it at a time.

It seems that both George V Paris and Opera Paris are connected by a long straight road that is the Champs-Élysées Avenue.
Click to expand... 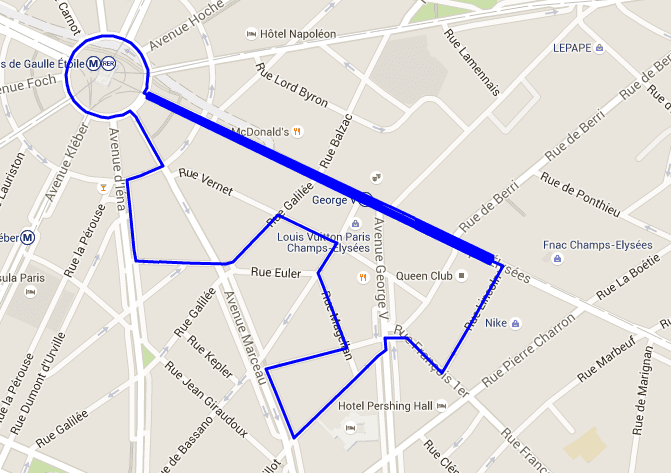 I obviously couldn't do scenery due to the very tight turns and short straights. I could however replicate the curbing...
(PD please add raised kerbs!)

Leave a review or suggestion if you liked this track, thanks!
Reactions: BJahalt88

Author
The Chosen One

More resources from The Chosen One