Log in
Register
Install the app
You are using an out of date browser. It may not display this or other websites correctly.
You should upgrade or use an alternative browser.
Resource icon

No permission to download
Overview History Discussion
Leave a rating

I first drove this track back in the '90 with Grand Prix 2. It was my favorite track, I don't really remember why, but I just liked racing there. But when Grand Prix 2 got replaced with newer versions and I started to play other racing games, I lost sight of the track.
Recently I watched some videos on YouTube of races on this track and got inspired to try and recreate the track in the Track Path Editor app. But of course as we all know, the app has a lot of restrictions and recreating a layout is pretty much only possible on the Eifel flat map and some other restrictions make it hard to make an exact 1:1 copy.
This meant I had to move and alter a few parts a tiny bit to make it all work, but in the end I think I've made a pretty close replica. I placed the curbs as accurately as I could with aerial photos as a reference. But when I wanted to start placing trackside objects the app restrictions made about 90% of the track unavailable to use... So there are almost no trackside objects unfortunately. Also of course because it's build on the Eifel flat map, the elevations are not there and the hills besides the track are missing too. You'll have to imagine those yourself while racing

But at least the layout itself is pretty accurate... 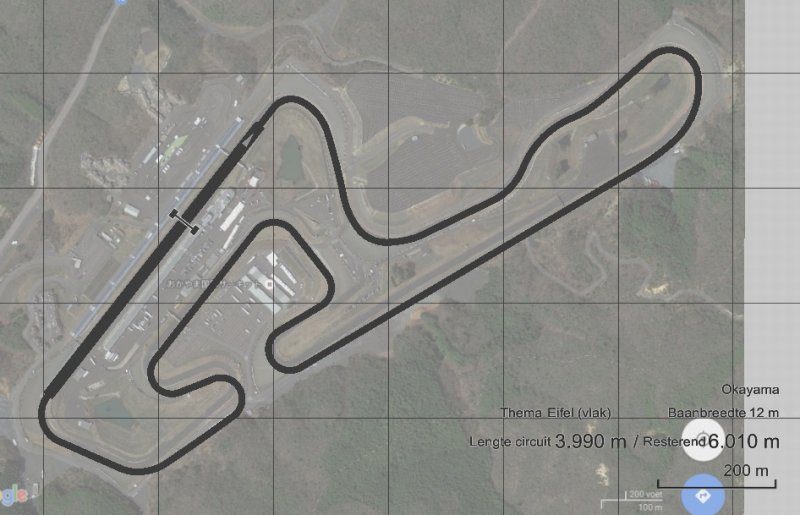