Log in
Register
Install the app
You are using an out of date browser. It may not display this or other websites correctly.
You should upgrade or use an alternative browser.
Resource icon 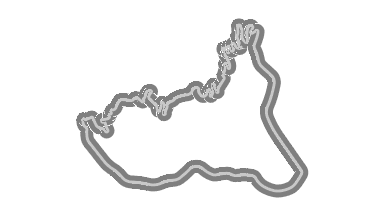 For last 5 years, Legend of the Streets has been GTPlanet's premier Touge club. It was the idea of founder @TimberW for the club to be based entirely on User-Made Courses. It caught on and the rest is ... history.

Enter GT6: The promised Course Creator wasn't available on day one, PD announcing the end of online support for GT5, and an antsy group of drivers - each with their own wild fantasies of mythical roads they would recreate. That was a recipe for disaster, as far as LotS was concerned. Circuito de la Sierra just didn't meet everyone's standards.

After the eventual release of the TPE, some joy was to be had... Just a bit.

Snake Mountain was born from the Touge community's dissatisfaction with GT6's Track Path Editor. Myself, an advocate for fair play and disuse of modified game elements to gain unfair advantage, finally succumbed to the temptation of attaining the unrestricted application. The final result of my first original course made with the modified .APK has become a landmark course in our small community that most drivers use as a standard of measure.

Sure, it isn't perfect, and has some funky elements. But I think you won't forget it. From the surprise jump on the west, to the hidden lines you'll find when linking corners. Oh, and did I mention the downhill?

Download it, invite your friends to a lobby, have fun!
​
-----
This concept of this course is that of a mountain pass (Touge) playground.

The Pit Area serves as a fuel and rest station just outside of town. The southern half, The Parkway, runs East cutting through the forest at the base of the mountain range and down the valley. A sector perfect for letting your cars open up or cruise at [extra] legal speeds and take in the views.

As you take the "off-ramp" near the end of the parkway, the road veers west and takes on a more technical layout with a consistently rising gradient as you climb over 1,400 feet up the mountain's spine. On your way up, you'll find numerous sand traps in key locations, perfect for parking your car to ingest the scenery and watch cars racing up and down the pass.

The grandstand crowd tirelessly cheers arrivals, departures and passers-by at the mountain's summit - another popular meeting place. Then, it's a frantic run down the West face of the mountain, back on to the parkway leading to and past the Pit Area.

-----
This course was designed using the modified .APK
Reactions: CarcassGrater, Sha Viace, BR0NC0353 and 1 other person