GTFan24
Is it me or does the nsx look completely different from the one we saw back at the reveal?


How it looked at the Motegi demonstration:

Check post 118. It just shows the difference between the MR and new FR layout.

GTFan24
Is it me or does the nsx look completely different from the one we saw back at the reveal?


How it looked at the Motegi demonstration:

I do notice the differences at the front and back openenings. These could be ammendments done after more aero testing. As for the side profile shots, it might be a trick to the eyes due to the reveal shot being taken from a lower angle closer to the ground, but I see what you mean. The car does look more obviously front-engine in the second set of photos.

05XR8
I like how the NSX looks with the shorter rear deck.

The exhaust of the 2020 NSX GT500 exits out on the side of the car instead of the rear due to the different engine placement, so that's another difference compared to the 2019 car.

Ohhh yessssss
http://www.dailysportscar.com/2019/...gt300-in-development-set-for-2020-launch.html
This all I care about

The staff at auto sport suggest that Saitama Toyopet GreenBrave are a leading candidate to field the new GR Supra GT300, as a successor to their previous Mark X MC. It would make sense, given that the GR Supra is now the highest-performance model that Toyota sells at its Toyopet line of dealerships in Japan.
Click to expand... 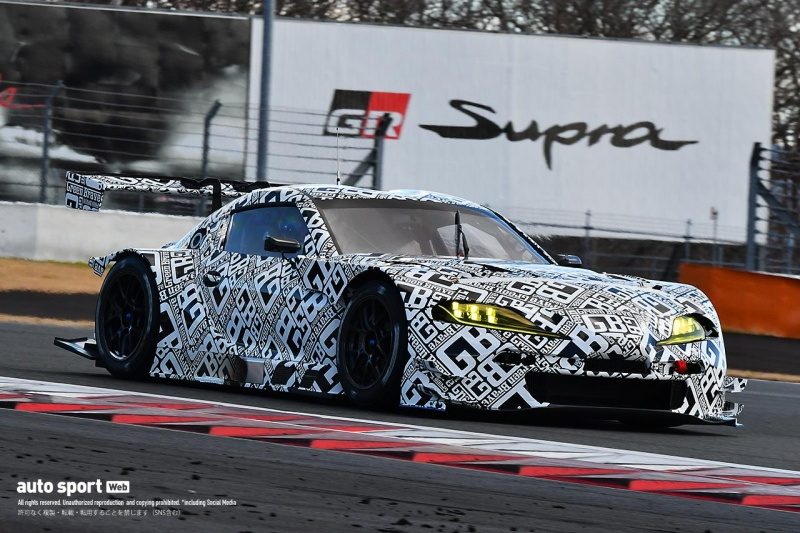 Is that true? Supra !?" 噂 A rumor that "New JAF-GT will appear in 2020" will be posted in Auto Sports No.1522 released on December 27 . Is that vehicle running ...? At the Fuji Speedway on December 27, when information was sent, an unfamiliar vehicle appeared as it was.

When the shutter of the garage was opened a little later in the sports running frame starting at 8:50, a GT car with a GR Supra body appeared. However, the shape is clearly different from the GT500 machine that has already been shaken down, and it is closer to a commercial car.

When you run further, you will hear a low sound similar to the TOYOTA GR SPORTS PRIUS PHV apr GT. The engine of the GT300 mother chassis is also specified in the GTA V8 engine, and its sound is clearly different from that. Of course, there is no announcement of GT3 cars from TOYOTA GAZOO Racing. The "new JAF-GT" seems unlikely.

In addition, a camouflage pattern that can read the characters “GB” and “GreenBrave” is drawn on the body. The helmet of Hiroki Yoshida can be seen in the team staff's wear and cockpit, so it seems certain that Saitama Toyopet Green Brave will run. It was confirmed that the tires were wearing Bridgestone.

On this day, the first run, which was wet due to the rain that had fallen until early in the morning, first pitted in from the outlap. After finishing the check, when I entered the course again, I first ran to the checker. In the second run from 10:50, when the sun started to dry out, the red flag was interrupted on the way, but the GR Supra and the car that seemed to be going around smoothly. Even at the third run at 13:40, the race finished at a very good pace.

In the pit, you can see a scene with so many staff members as if it were a GT500 test, but officials say that this machine is a JAF-GT car, but details are not yet revealed. Saitama Toyopet Green Brave will exhibit at Tokyo Auto Salon 2020 starting January 10, 2020 and the details of the GR Supra and the new machine will likely be revealed at the Auto Salon.

Is this machine the new JAF-GT vehicle whose “existence” was revealed during the Super GT Motegi battle? And is the new weapon of Saitama Toyopet Green Brave, which made a big leap in 2019, this vehicle? ...!
Click to expand...

That's definitely the RC F GT3's V8! Same rumble and the same sound as the GT3's and the Prius GT300.

It'll be interesting to find out the specs of this car. I imagine it'll be similar to the last of the GT500 Supra MK IVs. But obviously with modern aero etc.

Hope they don't get too much teething troubles with it. It might persuade more teams/manufacturers than Toyota (Subaru included) to build true JAF GT300 cars. Highly unlikely I know given how much cheaper the GT3 cars are allegedly.

Supra is in a unique position, as Toyota no doubt have options to Supra everything. NASCAR, GT4, GT500, GT300, GTE(the concept car). It could possibly fit (V8)Supercars, once new regulations are revealed for 2021.

I'm sure anything is possible for other manufacturers. Camaro and Mustang are in TA2, NASCAR, GT4 and there was a Camaro GT3(it's still raced in Australian GT). There was a Corvette made to GT300 specs.

Maybe the next GT-R is made to JAF GT300. I only see about one or two in competition, outside of Japan.

I wonder why Toyota went for the JAF Supra GT300 when they could have gone for a single FIA car between GT300, GT3 and a potential GTE entry?

You could say that Toyota already has the Lexus RC-F for GT3 and that means they wouldn’t need a Supra for that category, but by that logic they could also just solely use the RC-F for GT300 as well instead of having the Prius and Supra in there at the same time.

The GT300 Supra is a private effort with no Toyota involvement.

Thankfully, the livery isn't dying after all! 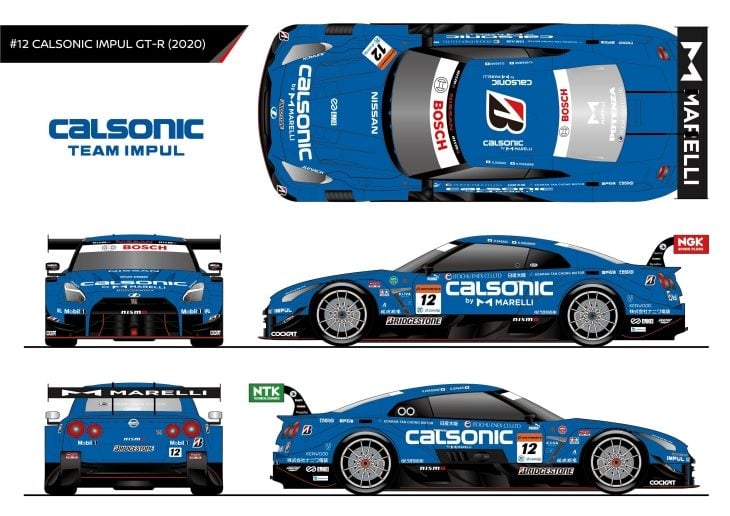