She liked tiger eye yellow but the black with red interior is really nice, although I’m not a big fan of metallic paint finishes. It’s one of 250 Type S’s in Canada for the 21 model year.

She had her eye on this car since it was revealed, but I may or may not have influenced this decision. She really wanted an suv but I kept saying there’s no point since I have a new-ish 4Runner and she can use it whenever she wants. I think I did good. 😉
Last edited: Oct 25, 2021

We finally took it home yesterday, it had a few things done to it so it took a coupe weeks. it’s kind of a pain in the ass to buy a car from Quebec when you live in Ontario too. It’s still registered there until the paper work gets sorted, which will hopefully be this week.

The winter wheels she ordered ended up not being available so she has to wait for those. So since there was no wheels for the winter tires, they had to put the winter tires on the summer wheels which led to one of the summer tires getting damaged. Unfortunate but **** happens I guess.

Also in Quebec you don’t need a front licence plate, but in Ontario we need one and the bracket wasn’t put on the car, it seems holes need to be drilled in the front bumper to attach it and I’ll tell you right now there is no way anyone is drilling holes in the bumper for that. It will be tie wrapped until we find a better solution, lol. One last gripe is that it has no spare tire which is just completely absurd to me but apparently that’s what a lot of manufacturers are doing now.

It’s still in the process of being broken in and we’re both still learning how to use all the features but overall I’m super impressed. Having max torque available at pretty much all times feels ****ing amazing.

Edit: one other thing that I thought was kind of funny was how this car was acquired by the dealership.

This car was for sale at a Honda dealership about 100km away from us, the nearest Acura dealer is in the GTA about 500-600km away. The story goes that Acura does not want to give them any cars up here, so sometimes he buys a top of the line model through is own private company so he can sell it at his dealership and use it as a show piece of sorts. Before this they had a red MDX A-Spec which we also checked out.

If it wasn’t for that then we probably wouldn’t have got this car, the only other option would be traveling to the toronto area to get one, if there was even any available. The Honda dealer we bought it from can still do regular service on it, but if it has a catastrophic failure then it has to get shipped to Montreal. But it also has a 7 year warranty and I have a lot of faith in Hondas so I’m not worried. 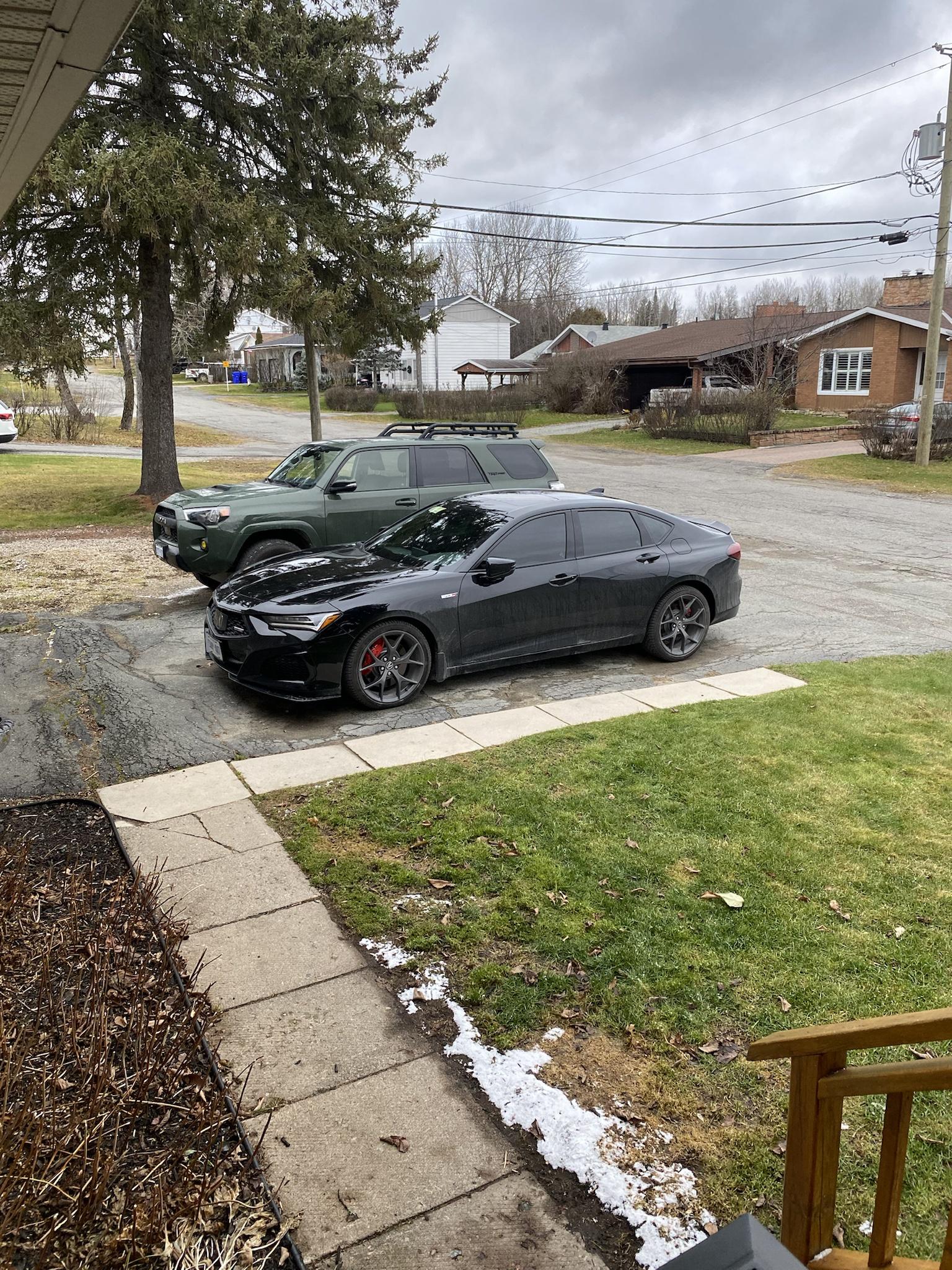