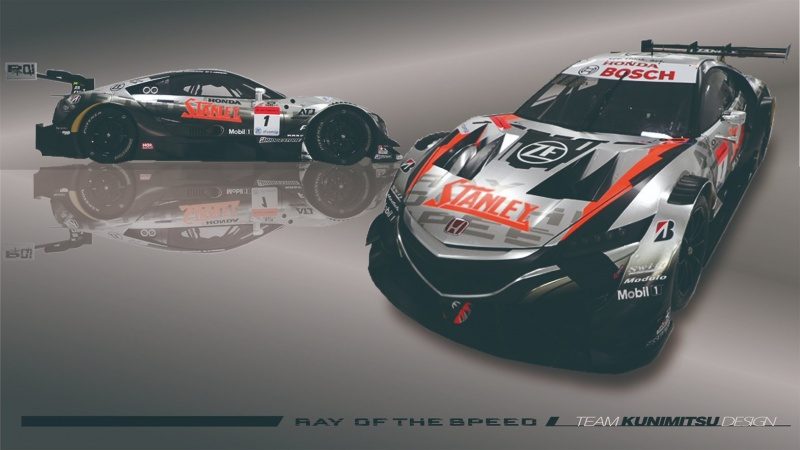 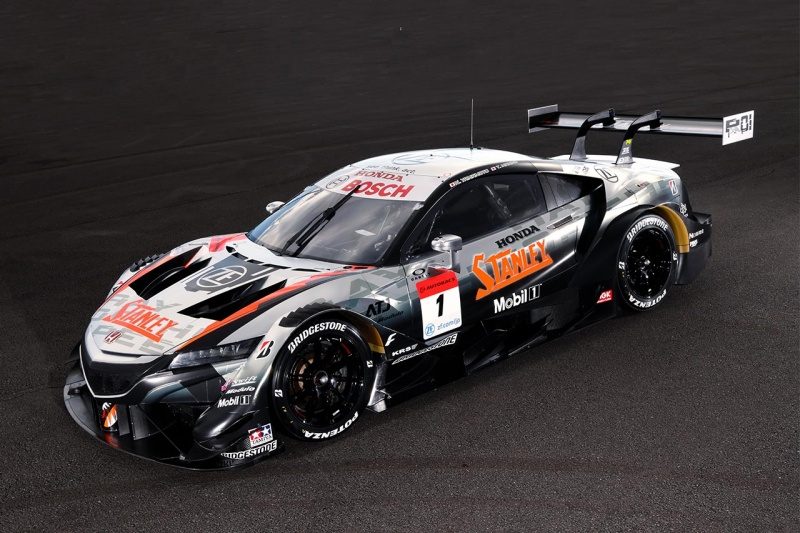 Kunimitsu liveries never fail to impress. So they have the same company partnership and it was just the specific brand name that was discontinued.

Hooold your horses folks... it may be just a testing livery:

GTFan24
Hooold your horses folks... it may be just a testing livery:

I was just thinking this, because when I did a google search for more pictures I found images of last year's test car in this same silver+black combo under the Raybrig sponsorship.

I just noticed you asking for decals on the livery forum. 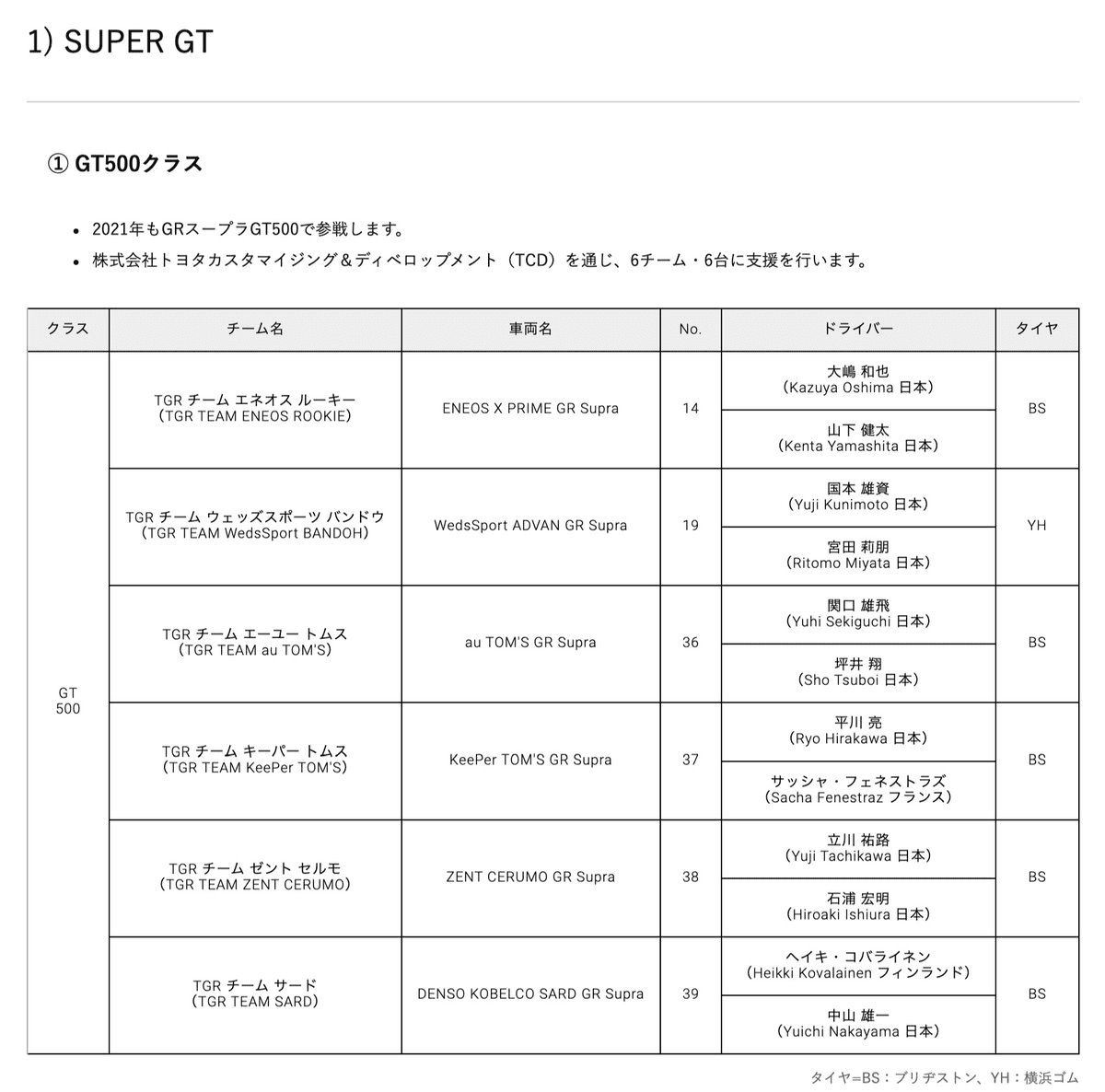 WOAH! Eneos is back in the GT500 class! Fenestraz as expected pairs up with Hirakawa as Cassidy goes to Formula E

The two overseas events are cancelled.

Seems like Super GT streams will be paywalled this year:

tankuroded
Seems like Super GT streams will be paywalled this year:

It might not be, they didn’t charge last season and they also broadcast Super Formula for free.

Can't see how I didn't post about two addition GT300 Supras are in the entry list. The GB Supra, Max Racing and LM Corse. All three are made by Saitama Toyopet GreenBrave.

I watch stuff on Motorsport.tv that is free. Maybe this will be?

Northstar
It might not be, they didn’t charge last season and they also broadcast Super Formula for free.
Click to expand...

R1600Turbo
I watch stuff on Motorsport.tv that is free. Maybe this will be?
Click to expand...

It is "premium content" on their website, which means that it is indeed behind a paywall, unless they change it. That is disappointing news for the international fanbase and growth of the series.

Edit: Replays will be available for free after 48 hours and they will also cover qualifying.

That's a shame because I really enjoyed both Super GT and Super Formula being carried on THE RACE Youtube channel. It got to be like a little worldwide community in the chat for each race. I would always see some of the same people including one person that lives less than a 100 miles away from me.

Here are your 15 GT500 participants all lined up by their manufacters, which of the 3 brands have the best lineup of liveries in 2021? 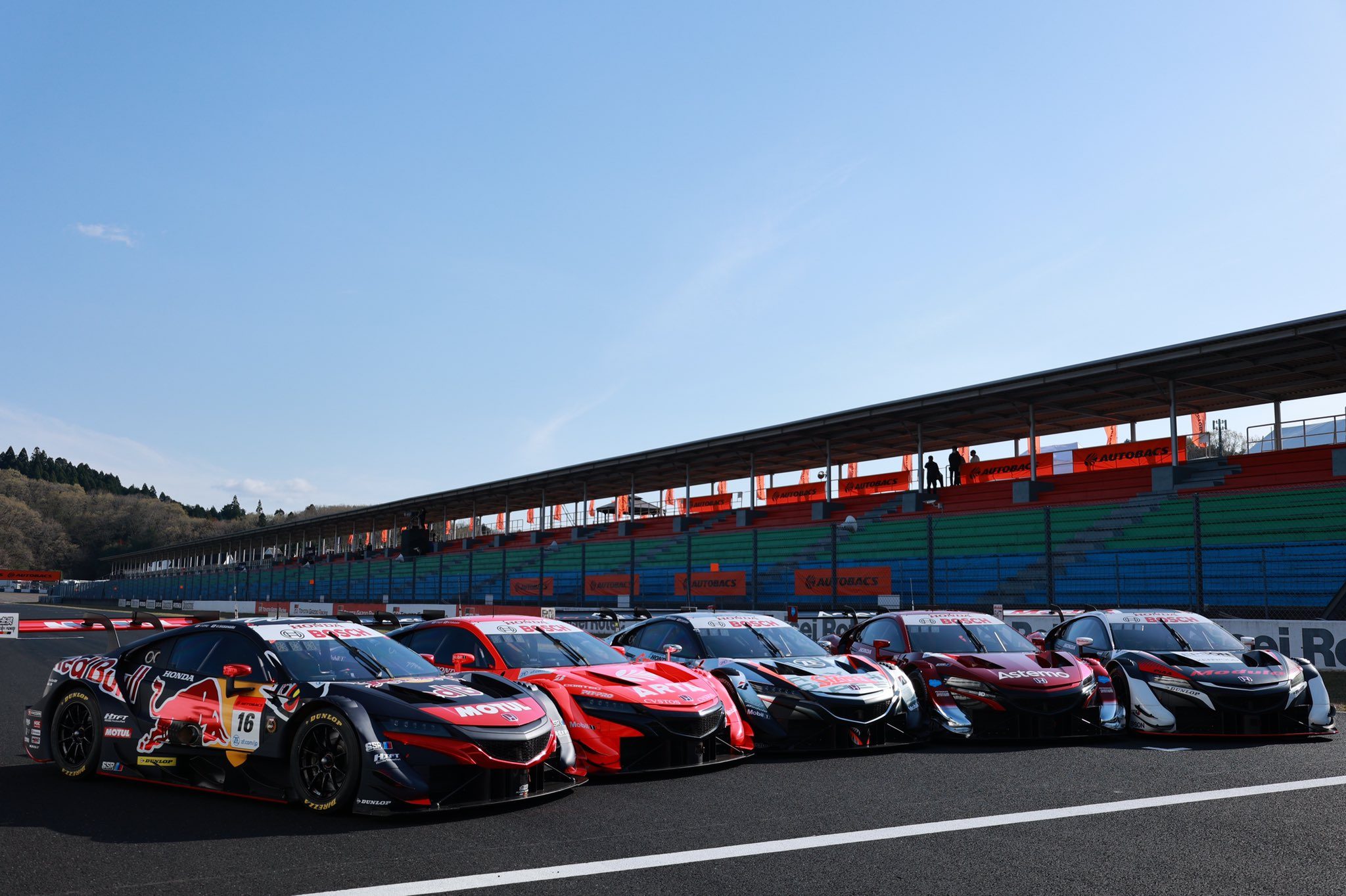 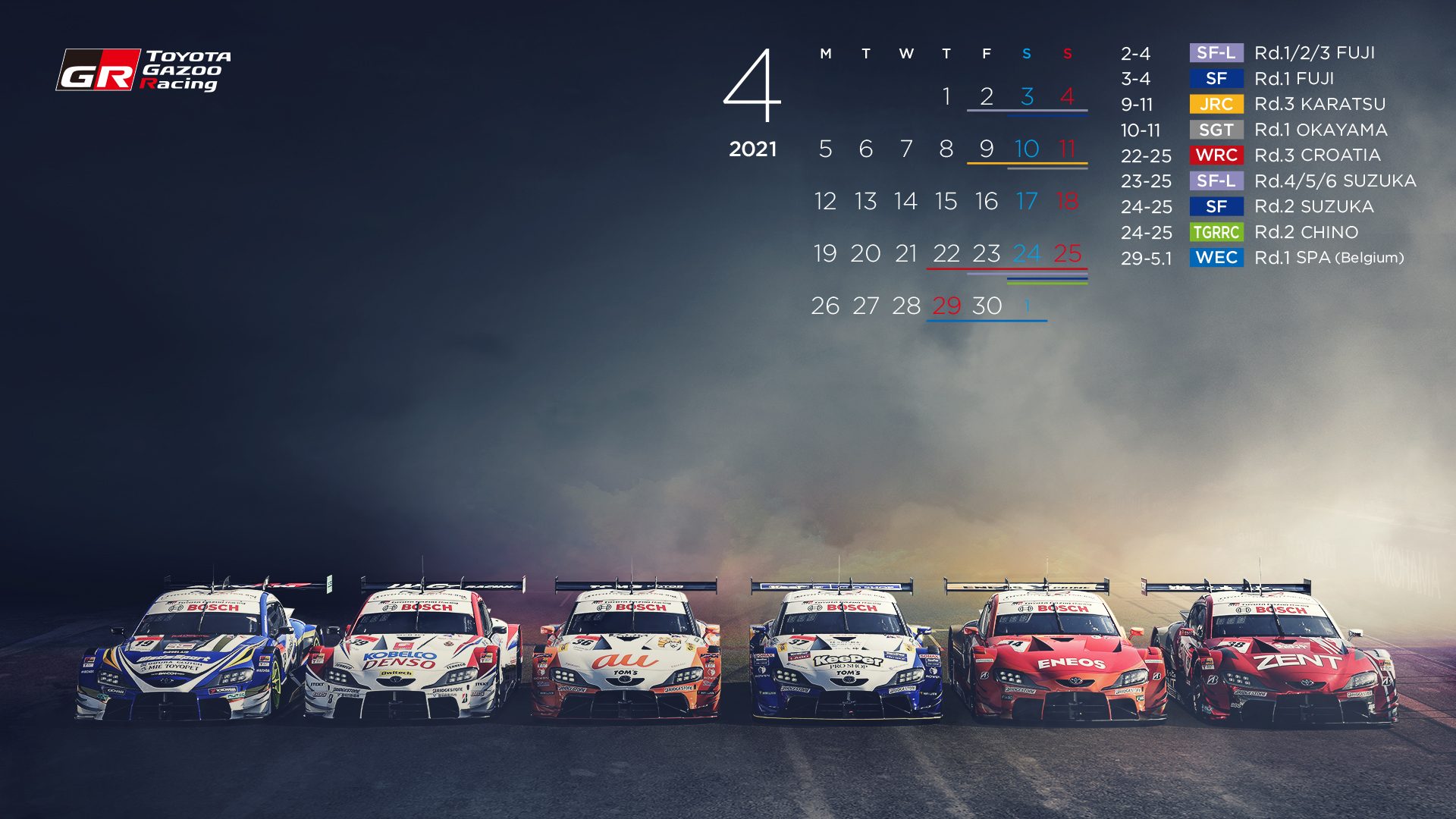 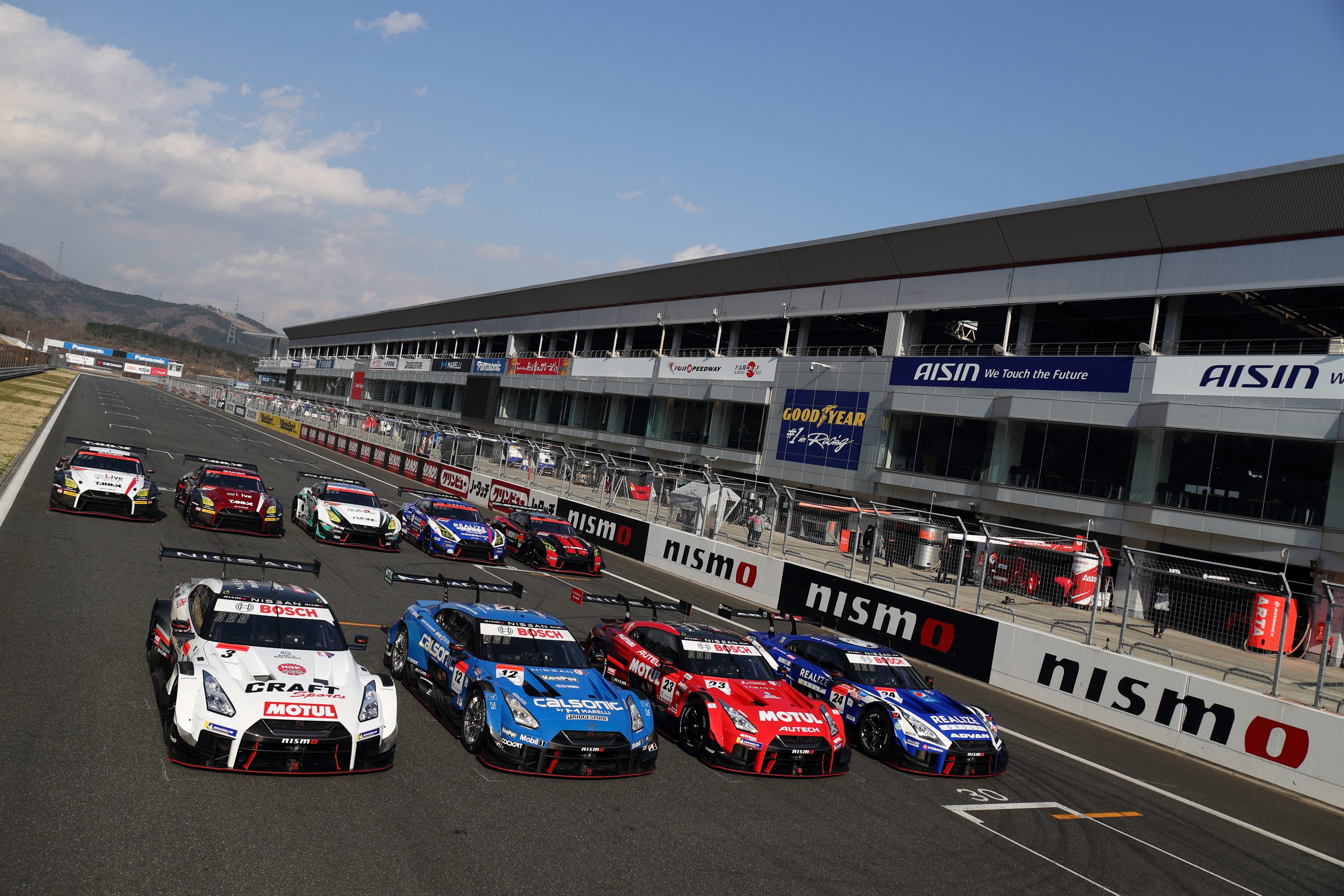 As someone who hasnt followed SGT in recent times I love how there's still so many recognizable teams and classic liveries still alive.

RYAN
As someone who hasnt followed SGT in recent times I love how there's still so many recognizable teams and classic liveries still alive.

The Raybrig NSX was around until the end of last year as well. It only went away because their parent company, Stanley, decided to retire the brand. They are continuing to sponsor the team though using the Stanley branding. 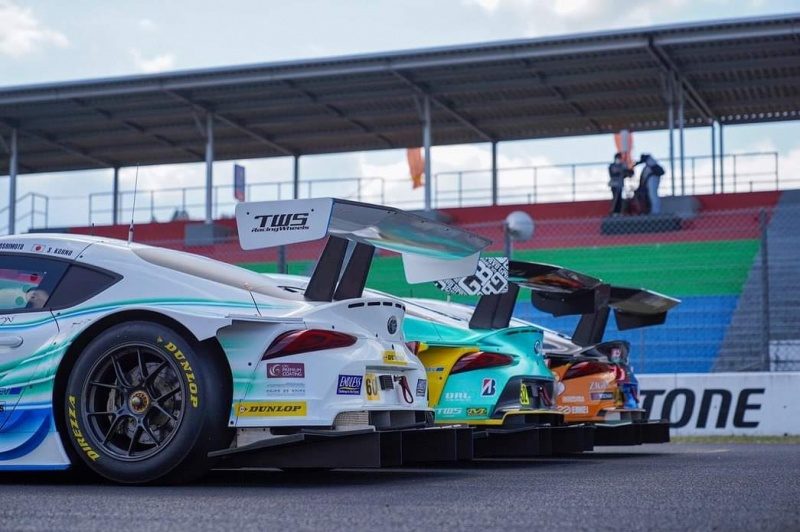 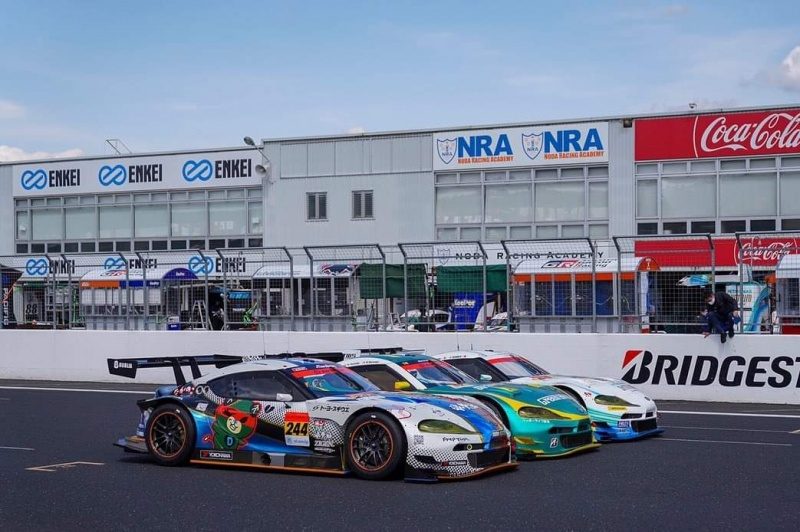 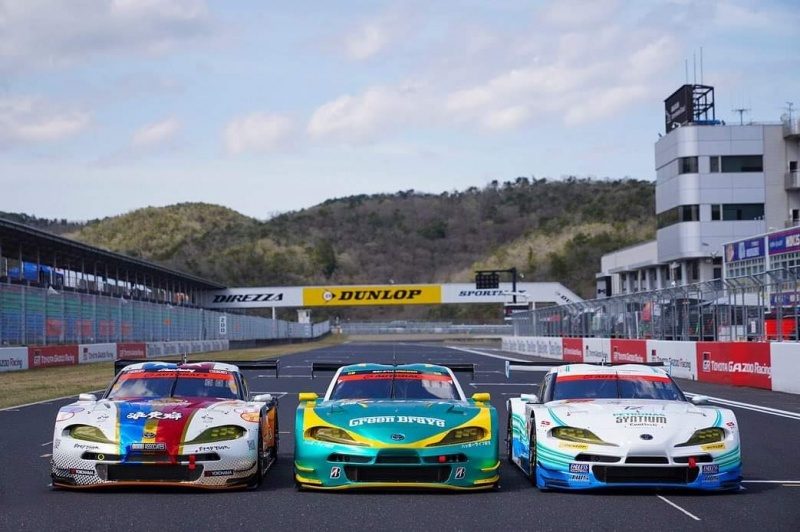 Brush up on your japanese

Anyone know if there's a live stream of the race? Nothing on the official Super GT channel so far.

Nothing yet. I just watched the GreenBrave post race interview. That's it.

Couldn't watch the Fuji 500k since it was so late at 2am. From the looks of it i missed a very epic race though!

I miss the youtube streams. This motorsport.tv crap is absolute garbage. Constantly switches from smooth HD into choppy 10fps smudges and back again. Randomly crashes every 5 to 10 minutes. Can barely understand what the commentators are saying. This is my favorite series but watching it is a complete nightmare now.

update: So I checked and noted that they have an app available, so I downloaded it to see if it would solve my issues from using the browser stream. However, apparently they have every race listed for the 2021 season except for the one I'm trying to watch!

update#2: Had to restart the stream 3 more times in the past five minutes and finally given up. 🤬 motorsport.tv!
Last edited: May 9, 2021 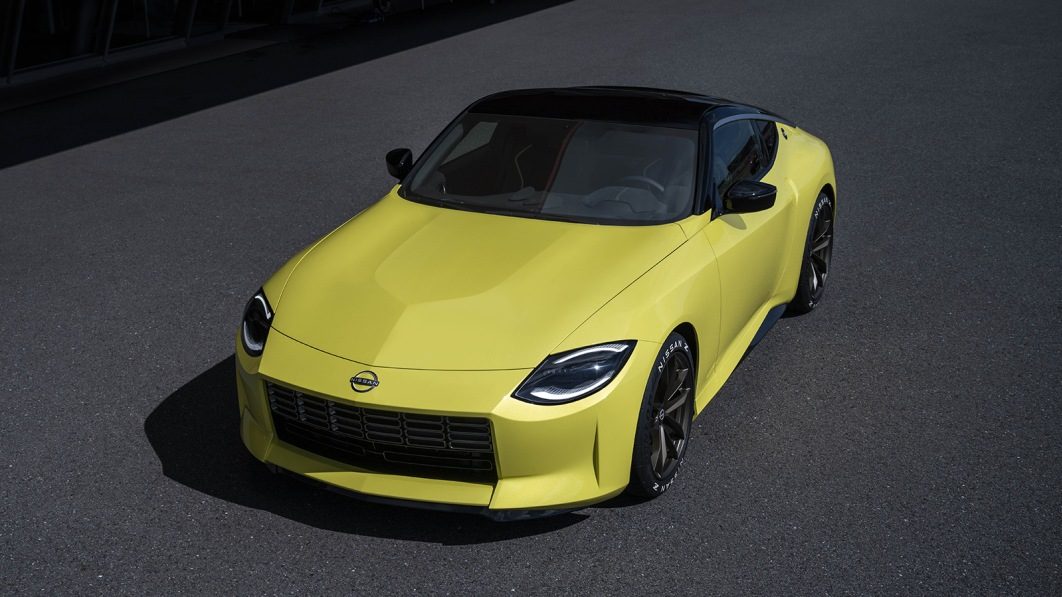 A NISMO version of the new Nissan Z is slated to debut in Tokyo next year and is expected to offer more power. A race-only model will join it.

To support its race car image, Best Car also reports that the new Z will be the new face of Nissan in Japan's Super GT race series. Since 2008, the GT-R has been flying the Nissan battle flag against the Honda NSX, Lexus RC F, and Toyota Supra. Starting in 2022, the Z — or at least a composite body that looks like it — will take the reins.
Click to expand...

Yeah, can't wait to see the Z on the grid. 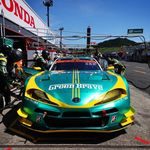 Watch this story by Green Brave on Instagram before it disappears.

Yep. Knew that was coming.

Wonder about that GT3 version…