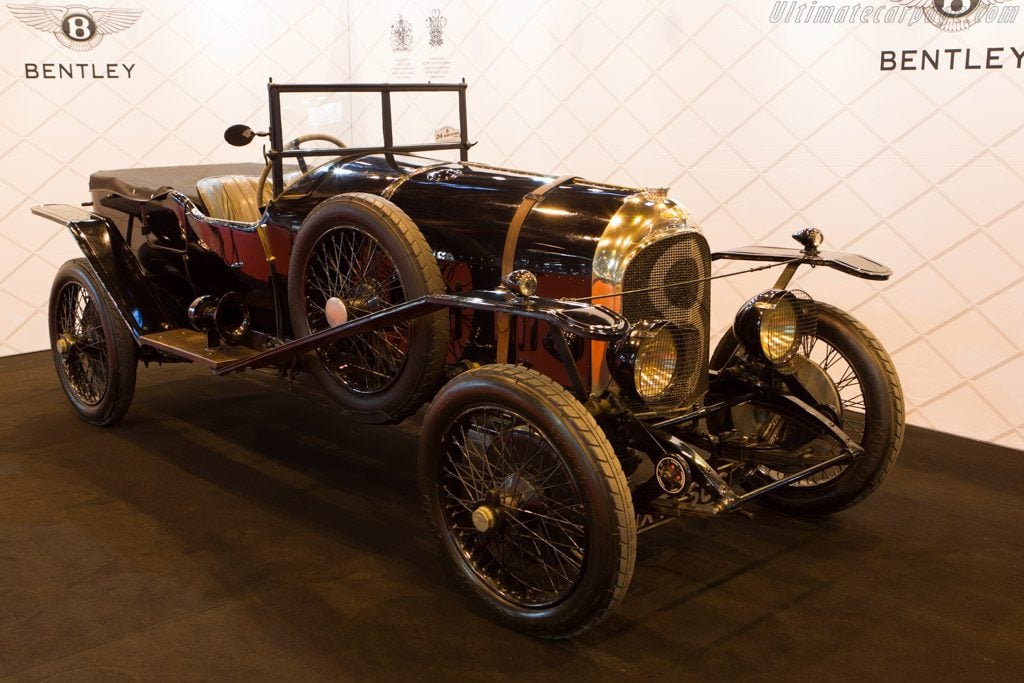 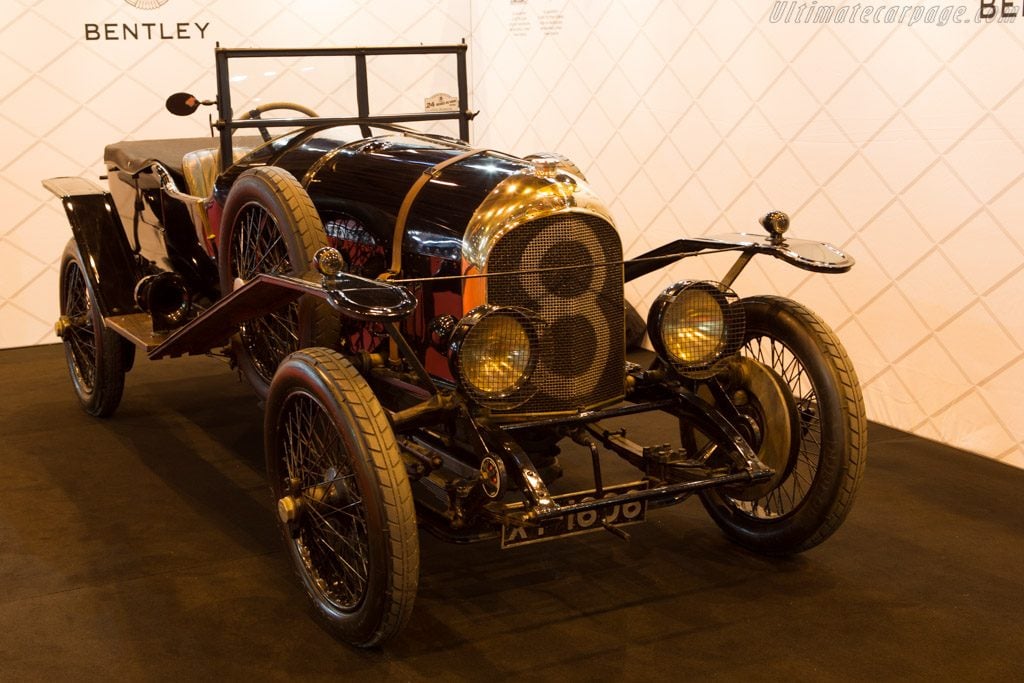 At the 1919 Olympia Motor Show in London the brothers W.O. and H.M. Bentley revealed their first motor car. This was not yet a fully functional and complete car but just a rolling chassis with a mock-up engine that sported a wooden crank-case. The brothers promised impressive specifications for the 'Bentley' and the project was understandably followed with great interest. It would, however, take another two years before the first production car was ready due to the stringent development and testing regime the new '3 Litre' was subjected to. 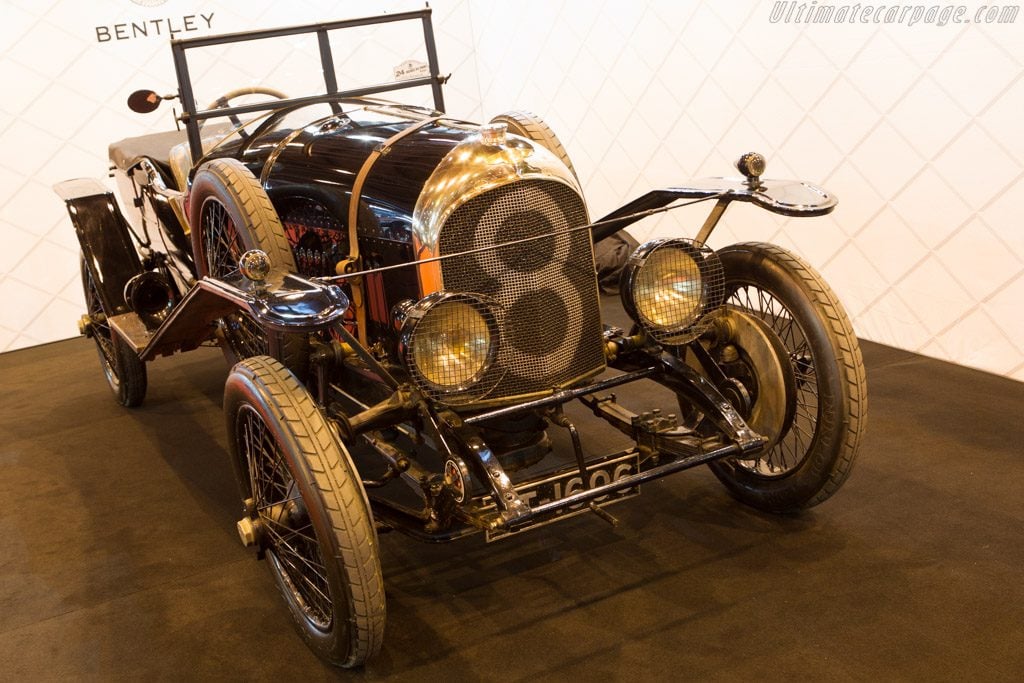 W.O. Bentley had honed his engineering skills, tweaking the engines of the French DFP cars he imported and raced with considerable success before the Great War. He used the experience gathered to design a cutting-edge four cylinder engine. Cast in one piece and displacing just under three litres, it featured a relatively small bore for road tax purposes. The consequently long stroke also provided the 'four' with plenty of torque. The real trick up the engine's sleeve was the valve-train, which consisted of a single overhead camshaft, actuating four valves per cylinder through rockers. In its original guise the three litre engine produced around 70 bhp. 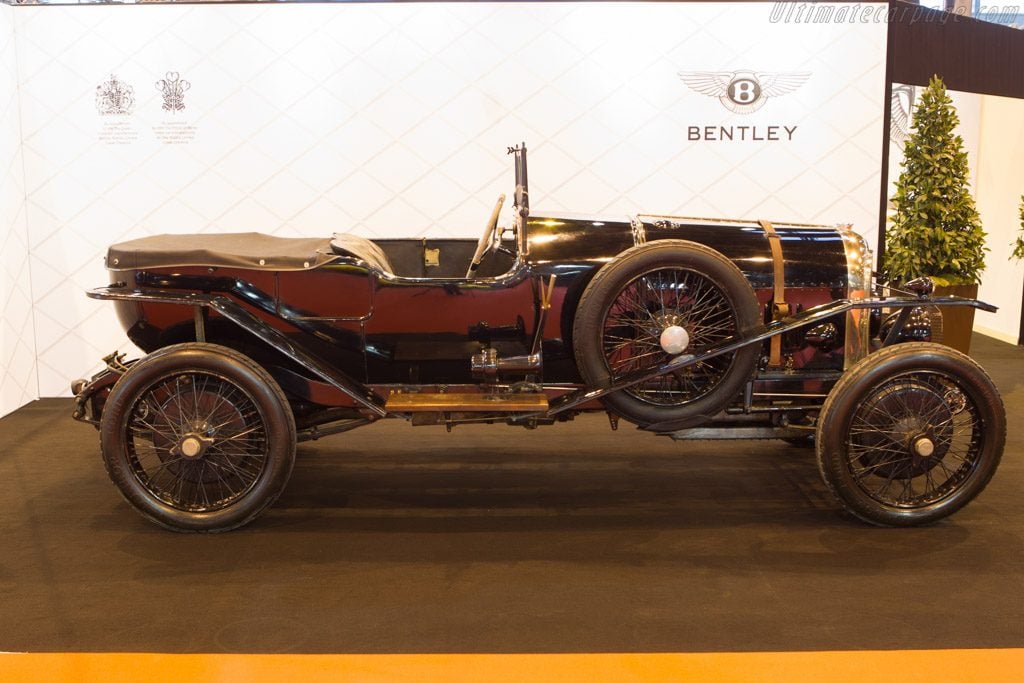 Mated to a four-speed, non-synchromesh gearbox, the four cylinder engine was mounted in steel ladder frame. The first cars had a 117.5 inch (2985 mm) wheelbase and in 1922 a 130 inch (3302 mm) 'long' version become optional. From 1925 all 3 Litre Bentleys were built on the longer of the two frames. Suspension was by solid axle, semi-elliptic leaf springs and friction dampers on both ends. Originally the Bentley only featured drum brakes on the rear axle but from 1924 onwards brakes on all four corners became standard equipment. As was the norm in the day, the 3 Litre Bentley was available as a rolling chassis only ready for the specialist coach-builders to body. 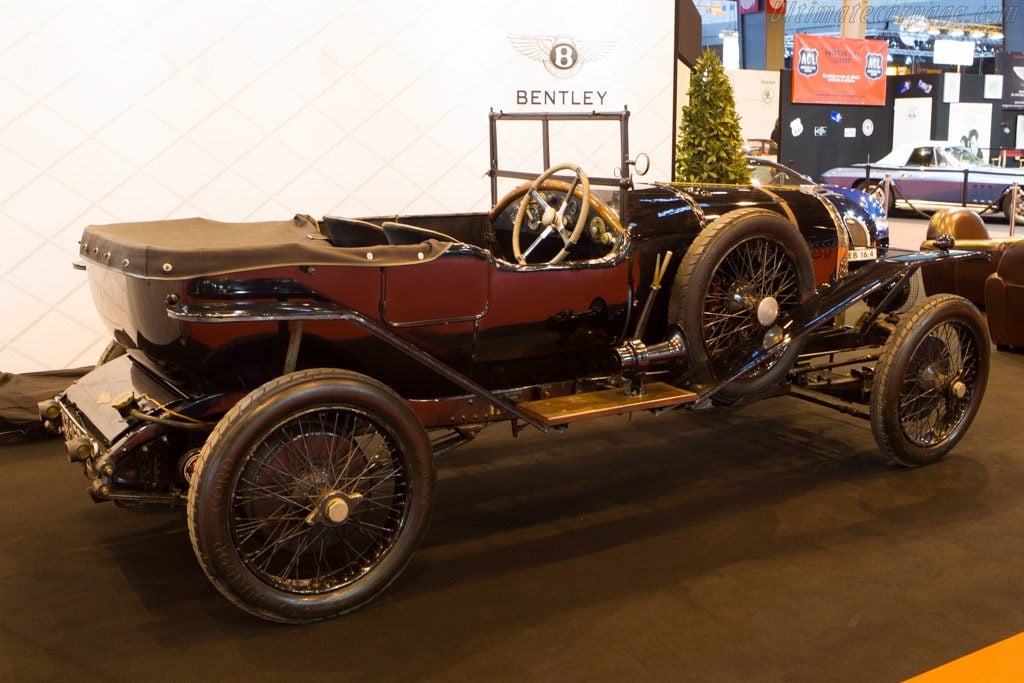 As mentioned earlier, production did not get under way until 1921 and in the first year just 29 examples were built. Keen to prove the qualities of his design, W.O. Bentley soon entered the 3 Litre in some of the time's most prestigious races. The 'works' racers were only mildly modified and usually sported aluminium four-seater tourers by the likes of Vanden Plas and Park Ward. Among the early efforts were an entry at the 1922 Indy 500 where the relatively large Bentley placed 13th and a three-car effort in the Isle of Man Tourist of Trophy in the same year. Facing purpose-built Sunbeam and Vauxhall racers, the production Bentleys placed an impressive 2nd, 4th and 5th. 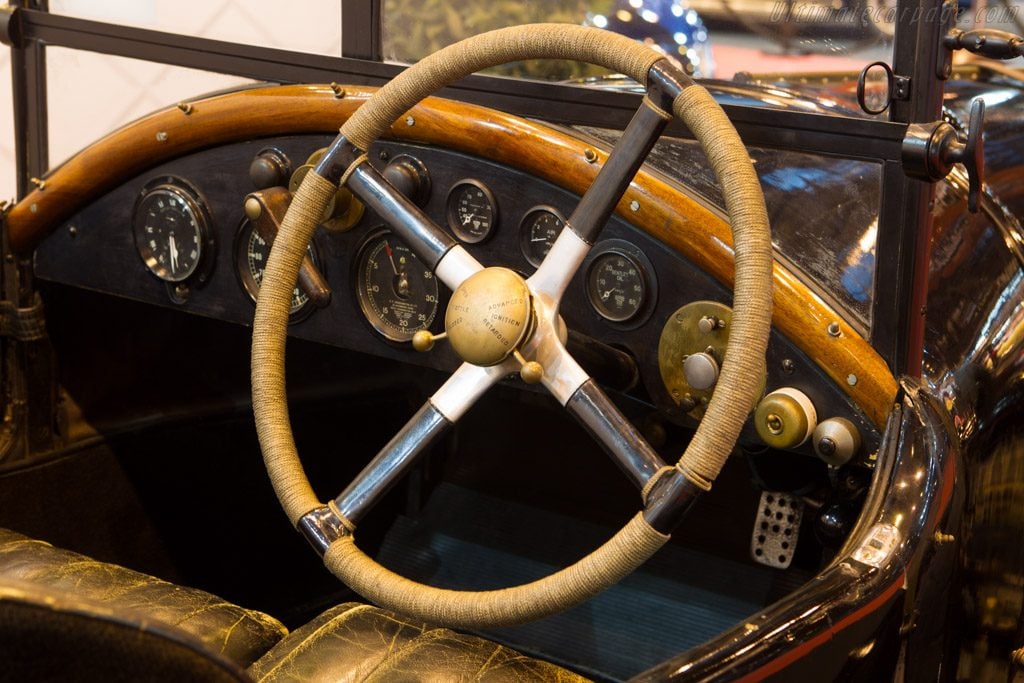 Although W.O. Bentley initially believed running twice around the clock was a bit silly, he nevertheless entered a single works car in the 1923 and inaugural 24 Hours of Le Mans. Clothed in a Park Ward Tourer body, the 'team' car finished fourth and a love affair was born. Bentley returned the next year, and John Duff and Frank Clement scored the marque's first win at Le Mans. Three years later a second win would be added to the 3 Litre's tally in the hands Dudley Benjafield and Sammy Davis. In the following years, larger engined Bentleys would take another three wins in the French endurance racing classic. 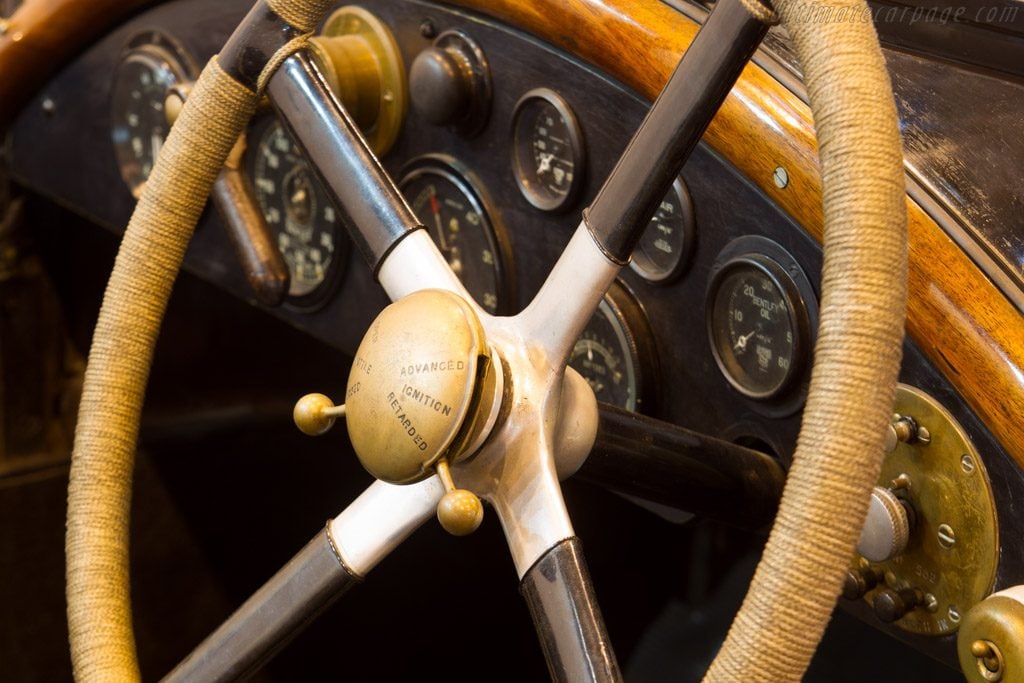 The well known adage 'competition improves the breed' also applied to the Bentley 3 Litre. In addition to the four-wheel brakes, the road going Bentleys also benefited from engine tweaks. Among the variants offered in later years were the slightly more powerful and lighter 'Speed Model' and the top of the range 'Super Sports' of which just 18 were built. Production of the 3 Litre eventually ceased in 1929, its place taken by the larger engined 4½ Litre. At that time a very impressive 1,613 examples had rolled off the line at Bentley's Cricklewood factory. 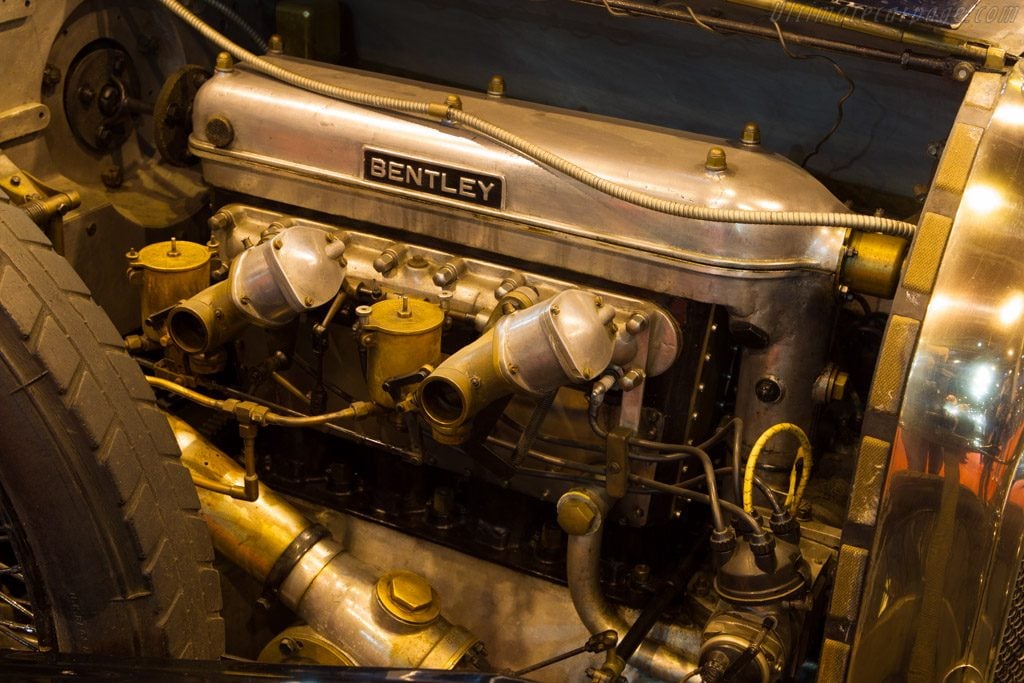 Today the Bentley 3 Litre is often overlooked in favour of its larger engined and even more exotic successors. It was nevertheless vital to establish Bentley as a manufacturer and with two wins in the 24 Hours of Le Mans the smallest of the Cricklewood Bentleys deserves more praise. In period and also in the following decades many of the 3 Litres were upgraded with bigger engines, making original cars quite rare. 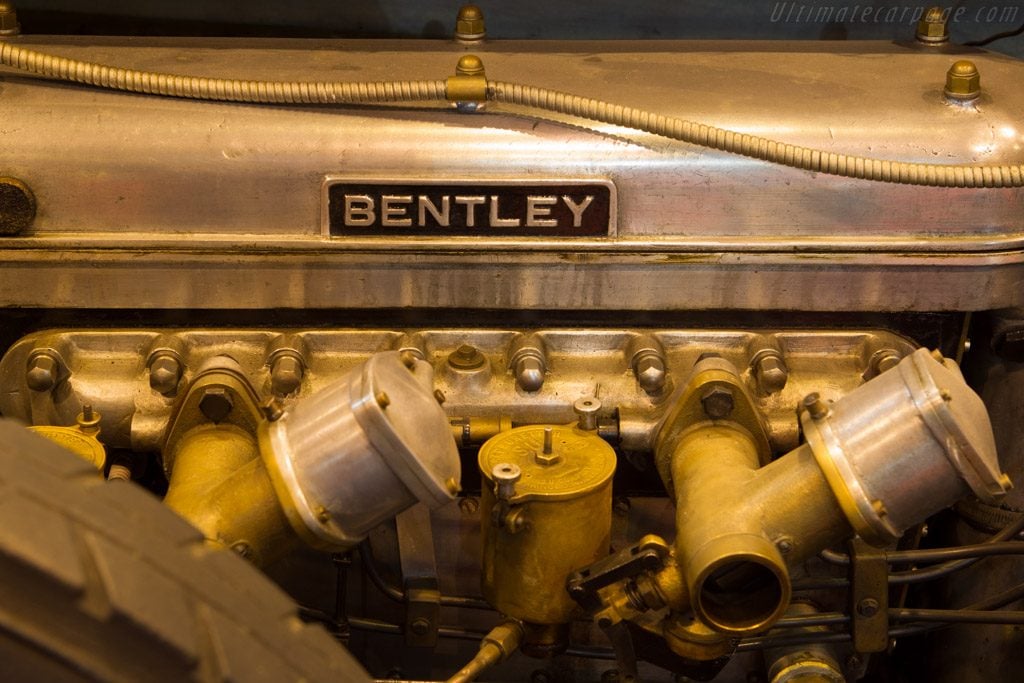 Completed in April of 1924, this short chassis 3 Litre was fitted with a four-seater Tourer body by Vanden Plas. Soon after it was driven to victory in the 24 Hours of Le Mans by Frank Clement and John Duff. Following its competition efforts, it was believed to have been fitted with a Saloon body. In 1931, it was bought back by Bentley and restored to its original guise, using a similar Vanden Plas body. It has since passed through various hands and is now on permanent display in the Le Mans Museum. At a rare outing, it is seen here at the Bentley Motors stand of the 2014 Retromobile show. 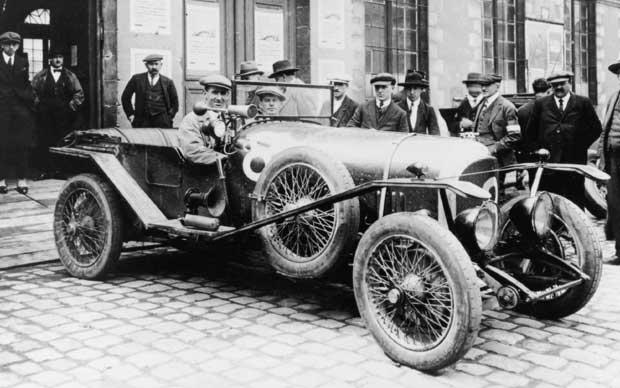 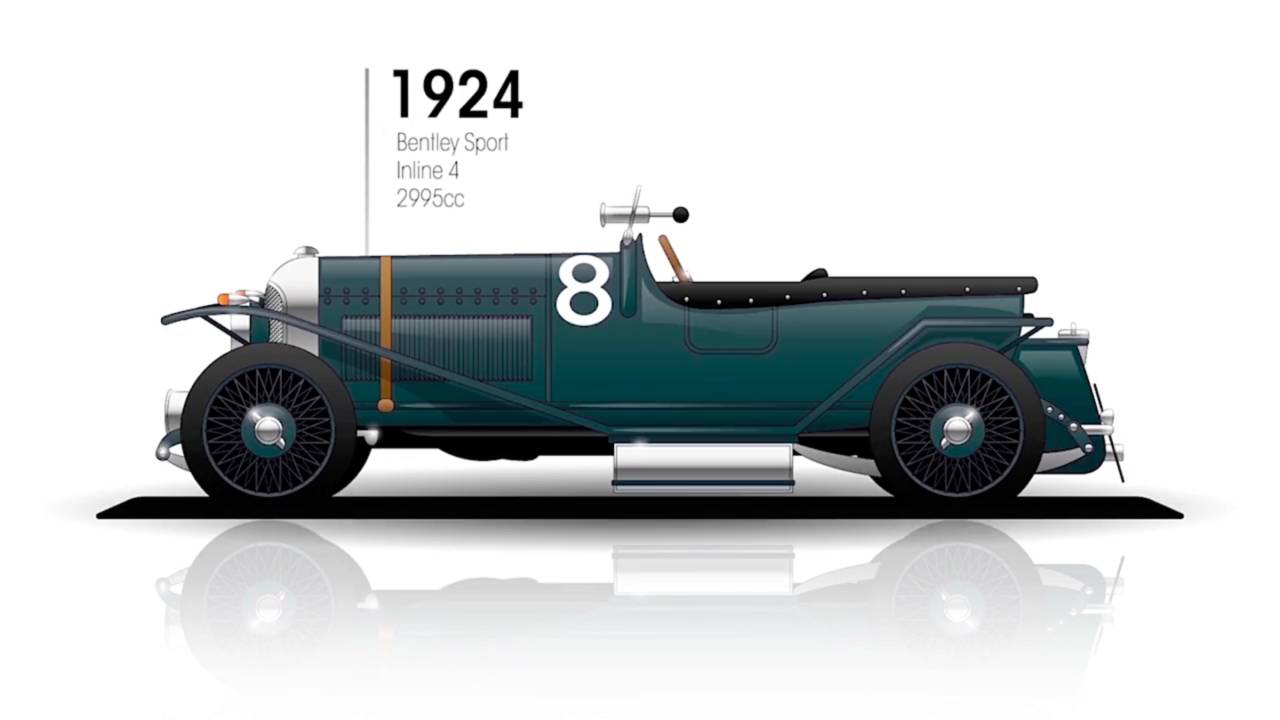