Gran Turismo 6 - GT6 Spec II Mod​
After the successful GT5 Master Mod, my attention has shifted to Gran Turismo 6, this time being joined by @TheAdmiester and his experience in engine sounds to form a mod that improves the overall experience of the game.

This mod, like the GT5 Master Mod, aims to restore features, add new ones, but also add new content, such as bringing back all the lost Seasonals that Polyphony Digital made throughout the course of the game.

This mod is in beta and not everything is completed. Some things may appear broken or missing.​

2. Recreated Seasonal Events From Scratch
Seasonal Events are back. You can now challenge others again using the various Time Trials, Drift Trials, etc. Currently there are 180 of them, the rest to be added later on.


3. Recreated Gran Turismo 4 Missions (1-34)
Recreated by TheAdmiester with as much fidelity as possible. Some concessions had to be made due to missing tracks from GT4, but almost all missions are spot on. 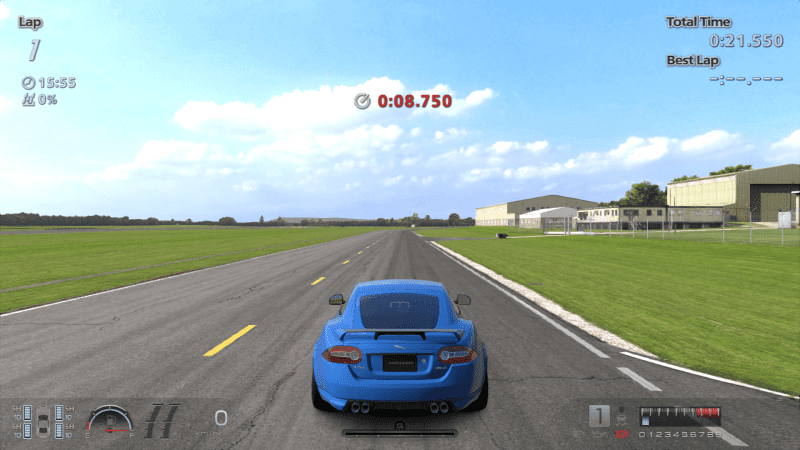 5. Custom Tracks are Back
Thanks to users that have provided replays that were played on custom tracks, we were able to extract them and re-add them to the game, in the arcade section. (Yes, rollercoaster is back!)
We currently have ~80+ of them. If you have replays with custom tracks on your console, you can provide them to me so that they can be re-added to the game.
A major thanks to GT Planet for keeping the Custom Tracks section still alive, as without it, we would not have been able to recover some course maps and other details. 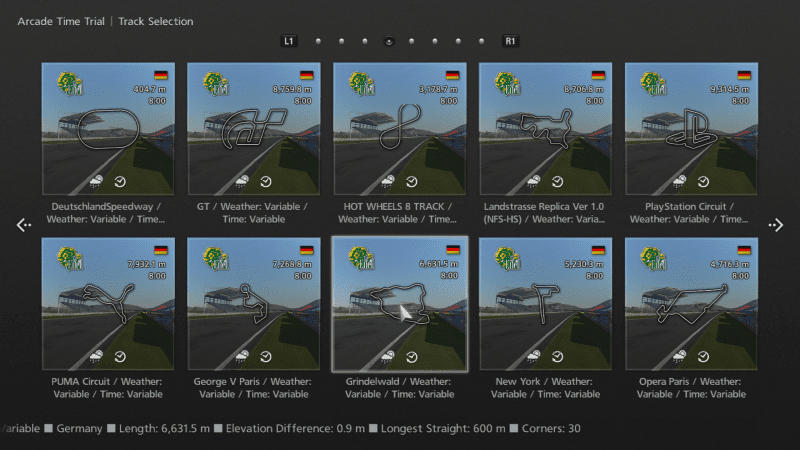 6. Develop/QA Menu
For those that just want to skip to getting what they want. Unlock DLCs, get cars/cash, whatever else you want directly inside the game. 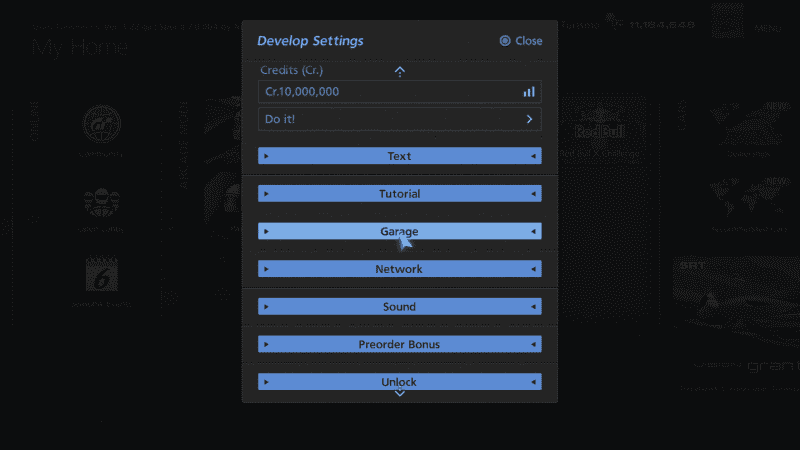 7. Fixed Bad Interior Cameras
Some cars that had bad interior cameras were improved. Notably the STRATOS. 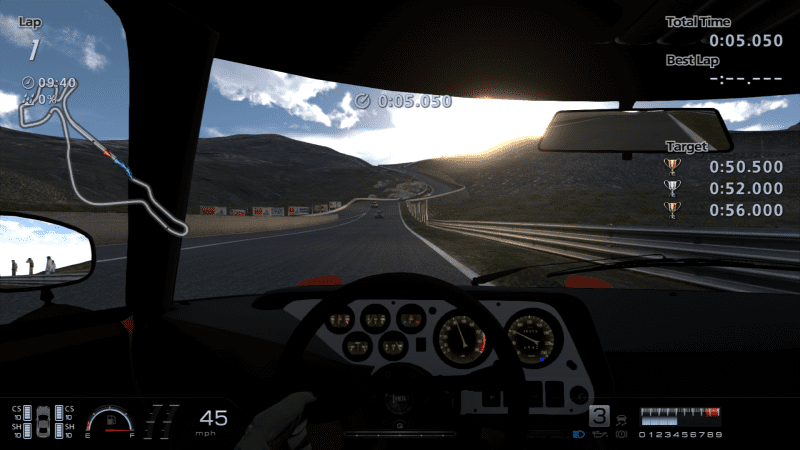 10. Tweaked License Times
All license times have been significantly made harder to fit the difficulty of previous games. Except S-5. We're not that bad.

11. Other changes
Download, Installation & Support
A modded console is required to install the mod, this process is not described due to website rules.
All instructions are provided in the README file inside the download.


Be aware that the mod is still in beta, and things may be broken. Report on the Discord linked at the bottom of this post preferably, or in this thread!

Differences between the "Cached" and "NoCache" Versions introduced with beta6:

Cached means the Seasonal events are generated as non-xml, but instead as the custom format - which almost completely removes the delay (which is normally up to 7 seconds) when loading the folders. The catch is that since its a custom format it may not be 100% perfect and will need heavy testing, so this version is intended for those that actually want to help out and want to live on the dangerous edge. Those that just want to enjoy the mod should go for the NoCache version. Once the cache is perfected, it will be the only version upon mod release.
Click to expand...

For support, or help install wise, or just modding help, you are recommended to join the Discord linked at the bottom of this thread.

Appreciate you guys using my videos to show off some of the footage, the mod has been an absolute blast so far.

This is great! I hope you keep up the good work! The sounds I've noticed have been really good so far, and I've had a ton of fun finally being able to drive all of the VGTs and explore all the different paints and such.

@Nenkai - "Fixed Bad Interior Cameras..." Would it be possible to also fix hood cams so that they're actually hood cams, as most of them were either roof views or something inbetween?

They've always been roof cams though, not hood ones. Though positioned in a way where we usually don't see the windshield

Is it possible to convert tracks to gran turismo 6? Or even 5? Kinda wanna see more quarter mile dirt tracks in it the might not be a popular demand but be cool to see there's custom dirt tracks made for rfactor dirt track racing 2 couple other games but again I dunno the process probably be impossible or just a big muck around or could be easy
Last edited: Jul 24, 2021

does this mod have the 15th anivarsary cars

Deep443
does this mod have the 15th anivarsary cars
Click to expand...

Yes. I got 15th Anniversary cars

On a slightly unrelated note, would the developers be willing to release a separate garage editor for the game (unless there already is one), like there was for GT5 (there was the old Garage Editor and the more recent Save Editor, which could unlock DLC).

Doomotron
On a slightly unrelated note, would the developers be willing to release a separate garage editor for the game (unless there already is one), like there was for GT5 (there was the old Garage Editor and the more recent Save Editor, which could unlock DLC).

Hello, Dot point 3 can be done, going by the event generator options available. I am looking into doing this.
Also if you're interested, I'm working on my own mod, 'Gran Turismo 2 Revival' which will include Spec II's base alongside my own re-imagining of GT2 events (attempting to create them as accurate as possible) - including all of GT2's Endurance races. Stay tuned for a thread post.

I had played GT6 only a few hours prior to this mod, but this changes the whole experience and I am enjoying it like it was new. Thank you for making this mod and keeping Gran Turismo alive

Any chance of having all those options you get "online" like tire wear, mechanical damage etc in offline arcade? or at least more events in career with such options, pit stops plus enhanced A.I would be nice too. And btw is qualifying at all possible to add?
I'm gonna try this for the sounds but not sure I wanna have at least 10gb in updates sitting on my HDD just for collecting cars.

@Nenkai
Is there a new version coming soon? I mean I know you guys are constantly working on it and improving the mod, but will a beta7 be released soon?

Oh man this looks amazing! I'm really hoping once this is all set and done, there will be a GT PSP mod as well.

do you need a disc copy

Crazy Respect both for GT5 and GT6 @Nenkai and @TheAdmiester .. Hope to have wheel again and be able to do some races on 5 again.. I just installed mod for GT6 today and it's a game changer

i have a problem with make track with tunnel, help thanks!
S

nostradavor2
Crazy Respect both for GT5 and GT6 @Nenkai and @TheAdmiester .. Hope to have wheel again and be able to do some races on 5 again.. I just installed mod for GT6 today and it's a game changer

The cars sounds have been bad in the GT series for way too long while FM had real engine sounds since the second game. This mod looks to even that issue up now.


I must say I really like the improved car sounds. Hopefully the other fake/vacuum sounds can be removed so we only hear the real car samples. My 1989 Nissan Skyline GT-R BNR32 does sound a lot better now though there is still a whining-like noise.

I also have a few suggestions if you guys don't mind:

1. No race restrictions or regulations option. (any car can do any race, there are codes for GT 2, 3 and 4 that allows this)

2. An option to disable visual damage in GT mode.

3. The ability to be able to look at non-premium cars in the gallery viewer.

4. The ability to bring up the START options menu that allows swapping and upgrading cars while in a race or an event. This might could allow for using your own car for special events that make you use a specific car.

5. The ability to use all of the available rims on non-premium cars.

8. If possible, the Demo feature from GT5 that pressing START on a car at the dealership shows the A.I. driving it around a track while showing the car information.

I was going to suggest an option to paint special cars but I remembered that the GT5 mod has this bypass so I am guessing it will probably added to GT6 as well.

Can the harder licenses part be optional? I still can't do the two last parts of S license, this is the only thing that stops me from downloading the mod.

Is it possible to look into the AI for the whole career and arcade? Possible standing starts?


Its so easy, and "chase the leader" doesn't really feel like racing as all the other cars are braking early or taking odd lines , while the leader waits for you.

Every AI car should be driven at its absolute max like you would in a race, meaning if my car is 50-75pp down I should feel this and the race should be MUCH harder, sometimes impossible to win until I choose a better car or upgrade, since we have surplus credits all the time lol

Hey curious about a couple of things

1. The engine start ups is that fixed in beta 0.7? I'm about to try that later today
2. Should I use a vanilla save file, similar to the GT5 mod where an existing save file has mixed results?

Is there any update on the license issue? One thing nobody wants to do in Gran Turismo is spend most of the time on license tests, especially when they force you to run cars that handle like a log. Either add option to skip trying to steer mandatory Aventador and Veyron, or well, at least not increase the tests difficulty. Game has enough gatekeeping as it is. It doesn't need more. People want to race other cars.

Edit: not to mention, Gran Turismo 6 is prone to crashing and black-screening the PS3 when restarting a lot. It's a known issue but I managed to avoid crashes on normal races, but licenses and little mission races do often make it hang after a few tries. Like after a few runs and getting to one second within that Brands Hatch test, it blacked my console and it had to do forced disk-check. I don't want to risk it anymore.
Last edited: Dec 18, 2021

I never got black screen on gt6, if you check the instructions of the Mod, I think there is button combination to give you gold but am not sure. Also Veyron test is so easy it's possible to beat it by almost 10 seconds not to mention the same about other "tests".
Share:
Reddit Pinterest Tumblr WhatsApp Email Share Link