A racer at heart, Giotto Bizzarrini set out to expand his line-up with a mid-engined racing car for the 1966 season. His production based GT racers had been mildly successful, but they could achieve class wins at best. It was a very ambitious project as the small company challenged the big boys Ford and Ferrari, who were engaged in their epic war for Le Mans glory.

After six months development, the first chassis was constructed late in 1965. Designed to cope with the very powerful Chevrolet V8 engine, the chassis was of a tubular design with triangle shaped tubes. With double wishbones and disc brakes added to the mix, the new Bizzarrini was a very conventional racing car. It was dubbed P538, for 'posterior' or rear(-engined) and 5.3 litre V8. It would get a little more complex when the first customer ordered his car to be equipped with a four litre version of the Bizzarrini designed Lamborghini V12.

By January of 1966 the rolling chassis was merged with the Lamborghini engine and a fiberglass body constructed by a local boat building firm. While some of the P538 cues were lifted from its front-engined road going cousins, the roadster design was somewhat unusual. The front and rear overhang were very short ending in a chopped off Kamm tail and vents were in abundance. Until this point, it had all gone very well, but fortune quickly ran out when experienced test-driver Edgar Berney flipped the prototype during one of the first test sessions.

Due to the extent of the damage, Bizzarrini decided to strip the first car of all its (usable) mechanicals and fit them to a second chassis. At the same time a third chassis was also constructed, which would serve as the Works car. Shortly after the second car was completed, with its 400 bhp Lamborghini V12, it was shipped to its customer in the United States. He briefly raced it, but with little success. All the available attention in the factory was now on the third car, which was readied for that year's 24 Hours of Le Mans race.

The hastily constructed car was shipped to Le Mans just in time for the race, but too late to do any real testing. Seven laps into the race the V8 engined P538 was brought into the pits with a vibration in the wheel. The car was jacked up to examine the problem, but in the process a water hose inside one of the triangular tubes was fatally damaged. It was raced again in the fall, achieving a fourth position in a local race. Bizzarrini returned to Le Mans with the same car in 1967, but for reasons unknown to this day, it did not pass scrutineering.

For the new season the big prototype racers, including the P538, were banned, so Bizzarrini was left with a virtually useless racing car. In an attempt to sell the P538 as a racing car, Bizzarrini had the roadster body replaced by a more practical coupe. One of his customers, the Duke of Aosta, was very interested in the car, but sadly he did not fit. Especially for the Duke a fourth chassis was constructed and fitted with a tailor made coupe body. This car was appropriately named the 'Duca d'Aosta' Coupe.

At around the same former Bertone and Ghia designer Giorgietto Giugiaro expressed an interest to build a striking show car based on the P538 chassis. The two men had already worked together on various Iso projects, so Bizzarrini was more than happy to supply the Giugiaro with a chassis. They agreed that when the car was sold, they'd split the profit. Instead of building a brand new chassis, the coupe body was removed from the Le Mans car and that was sent to Turin where Giugiaro had just formed ItalDesign.

Featured is the very first chassis completed (s/n 001), which was severely damaged in the testing damage. After the company's bankruptcy, the remains of the car were bought by an enthusiast, who had it restored to running order with a Chevrolet V8 engine. There was also a fifth car retrieved from Bizzarrini many years later, which he had completed himself shortly after the company ceased production, which carries the chassis number '00*'. This car is also fitted with a Barchetta body and a Chevrolet engine, so of the original shape three cars have survived; one with a Lamborghini V12 and two with a V8. In the following years several Lamborghini powered replicas were also constructed. 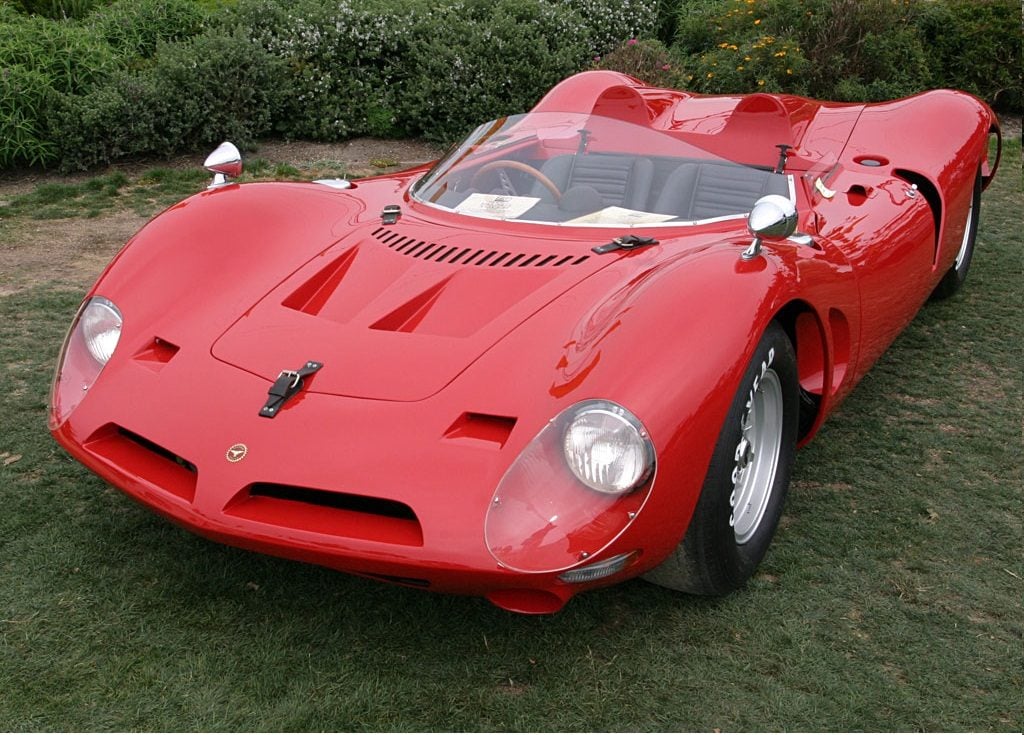 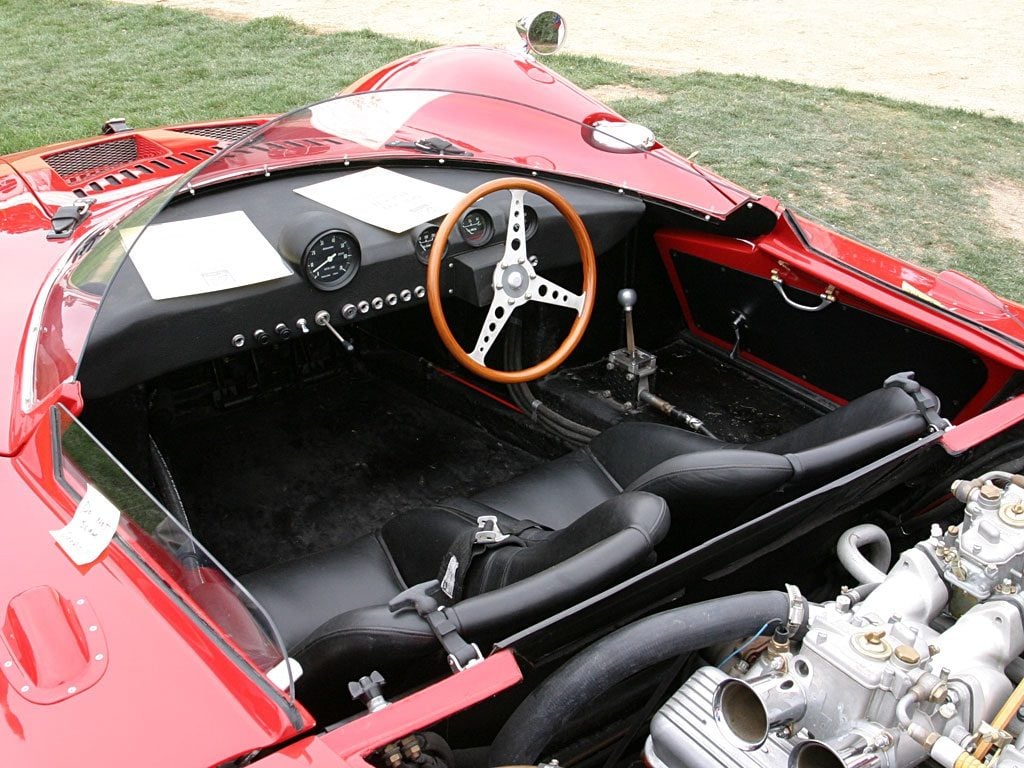 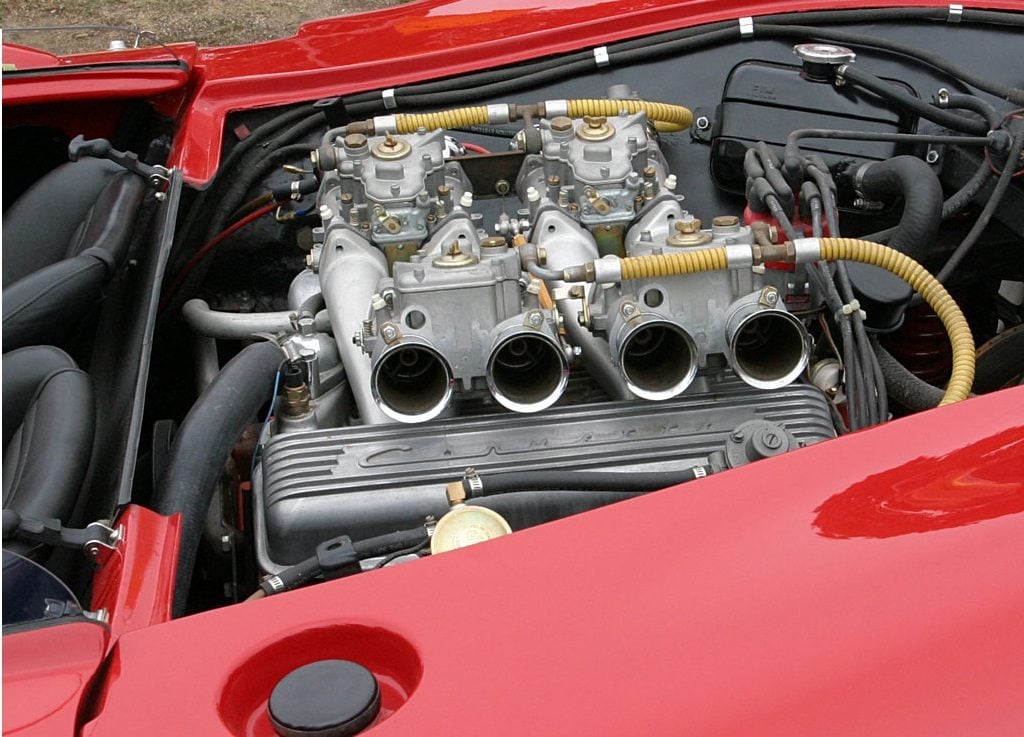 Probably the most beautiful car of your suggestions!
1966 was a unique year...I was born...Bizzarrini P538 Barchetta was born...

CostasDrifter
Probably the most beautiful car of your suggestions!
1966 was a unique year...I was born...Bizzarrini P538 Barchetta was born...

CostasDrifter
Probably the most beautiful car of your suggestions!
1966 was a unique year...I was born...Bizzarrini P538 Barchetta was born...

1966, good year, but SOOOOOOOOOOO far away

How can you tease an old guy?

CostasDrifter
How can you tease an old guy?

Edit: An old man's joke to another old man!

Edit: An old man's joke to another old man!
Click to expand...

That looks better...An old man's joke to an older man!

Any Bizzarini gets a vote from me. Such a shame that virtually nobody knows of the company. What a portfolio of Italian stunners it leaves behind though.
Last edited: Aug 29, 2014

I REALLY like the design and the entire car itself. But again, if this car were in GT, it'll cost something you've never expected, a price of: 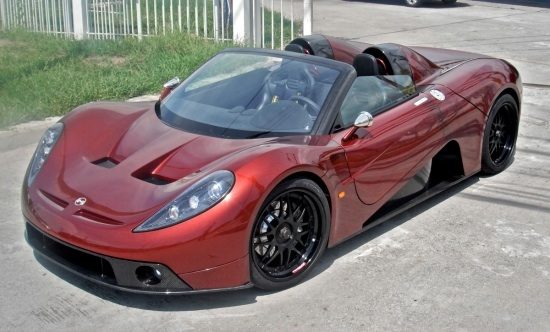 GBalao888
I REALLY like the design and the entire car itself. But again, if this car were in GT, it'll cost something you've never expected, a price of:

20,000,000 would be alright if it didn't take 20 days to earn.
Then we have the question of just how much this car can win. Is it only me that has a problem with cars that can only earn 2.5% before you're in repeat, rinse grind mode?

I have to ask, what is the 'Starlight Garage'?

SCER
I have to ask, what is the 'Starlight Garage'?
Click to expand...

That's my name plus garage, my virtual garage actually ... where all my suggestions are kept save.

The front reminds me a bit of the Iso Grifo, also an italian car with an american engine.

Brunol
The front reminds me a bit of the Iso Grifo, also an italian car with an american engine.
Click to expand...

Well spotted! - they are closely related.

I posted this comment on another Bizzarini car - the 5300.

In November 1961 tensions among the Ferrari management reached fever pitch over Enzo's management and the interference of his wife in the business leading to the " Palace Revolt" or great walkout. Sales Manager Girolamo Gardini, Scuderia Ferrari Manager Romolo Tavoni, Chief Engineer Carlo Chiti, Head of experimental Sports car development Giotto Bizzarini plus their supporters walked out and formed ATS. Ferrari was expected to fail, but young talent surfaced and they thrived. Bizzarini went on to work for Iso Rivolta where he was heavily involved with the Iso Rivolta car and the Iso Grifo. The Bizzarini was based on the Iso Grifo prototype. He left and formed a separate company in his own name. Iso continued to develop the Iso Grifo and released a 7 litre version.

We had an ISO Rivolta racing here in historic racing during the late 1980's/early 1990's. A beautiful car with a great sound to go with it.
Not sure what happened to it though. The owner/driver was Laurie Donaher of 'Sylvania Waters' fame.

Pete05
We had an ISO Rivolta racing here in historic racing during the late 1980's/early 1990's. A beautiful car with a great sound to go with it.
Not sure what happened to it though. The owner/driver was Laurie Donaher of 'Sylvania Waters' fame.
Click to expand...

I was lucky enough to watch an Iso A3C racing at Brands Hatch a couple of weeks ago when I attended an AMOC meeting. Unfortunately didn't get any photos of it - unpainted polished aluminium, but there are lots of photos from that event on the thread in my signature - on page 18.

More info on Iso and the A3C here:

Here is how the car's back side looks... 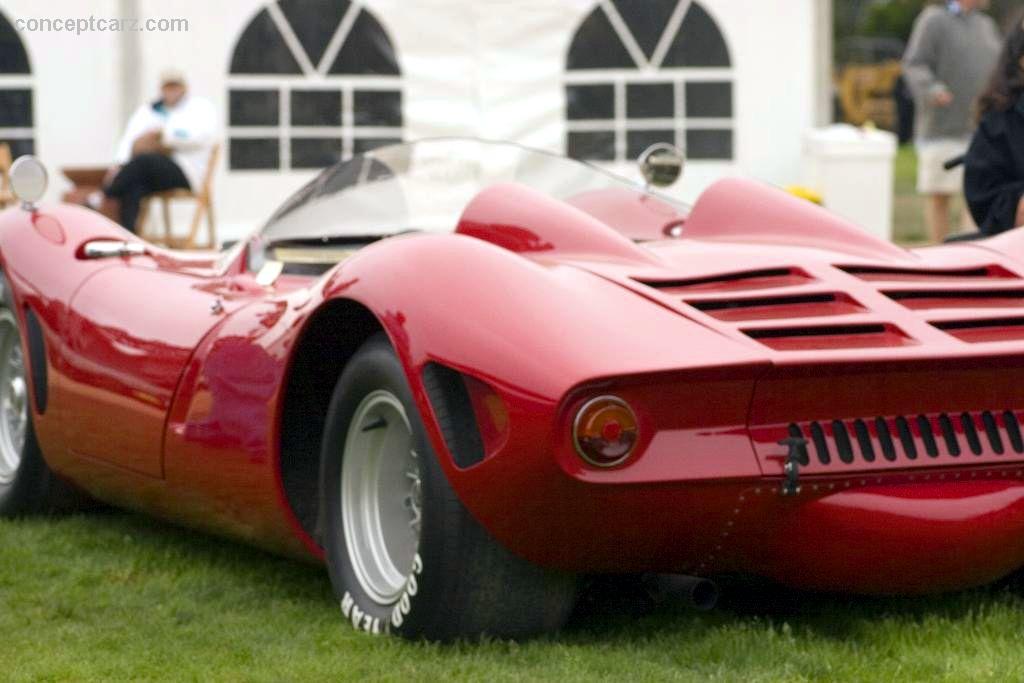 CostasDrifter
Here is how the car's back side looks...

I do love a good looking rear end

That thing is simply beautiful. The fact that it has a 327 Chevy makes it even more fantastic. I left a like!

This car would be a good competitor for the Jaguar XJ13 already in the game and unlike the Jaguar which never raced the Bizzarini P538 competed at Le Mans in 1966 driven by Edgar Berney and Andre Wicky. For the race additional lights were fitted and it raced as number ten. Like the Jaguar XJ13 it was made obsolete by the Ford GT40 Mark 2 seven litre before it had even turned a wheel. 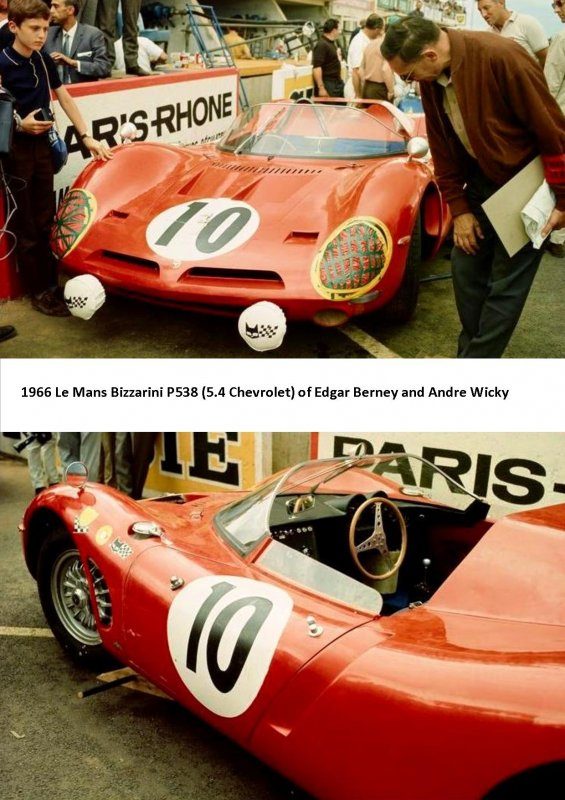 The chassis were not stamped with numbers so it is unclear whether three cars were made or four, but it is known that some continuation examples were made later by Bizzarini as well as replicas by others.

The following link is for an article on My Car Quest which features a video clip of a replica of the Le Mans car.