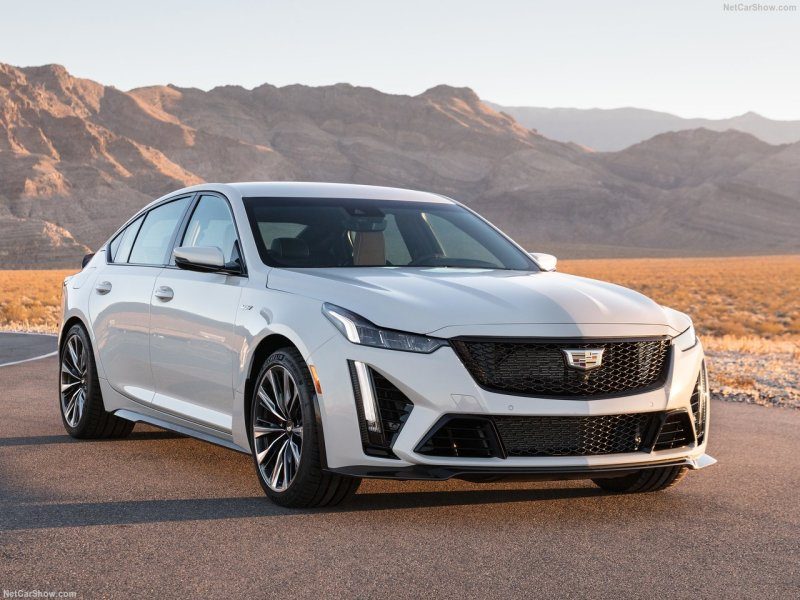 Cadillac has revealed two new flagship Blackwing versions of its CT4-V and CT5-V models, designed to rival high-performance European rivals like the BMW M3 and M5 respectively. These flagship models join standard V models, which until this generation had previously been the most potent available, but when they did arrive with significantly lower outputs than their relative predecessors, it was clear Cadillac was leaving room for even more potent variants. Unfortunately, neither will reach the UK, which for reasons that become clear is a big shame.

The Blackwing name is familiar to the Cadillac brand, having been given to its controversial 4.2-litre twin-turbocharged hot-V V8 that was initially designed as a high-tech rival to European-style engines, but has since stopped production. Rather than let that name die, Cadillac decided to apply it to the new CT5-V, which instead features a modified version of the old supercharged 6.2-litre LT4 V8 found elsewhere in the Cadillac and wider GM range

Updates include a higher-flow intake, new exhaust system and an ECU tune give it an output of 659bhp and 659lb ft torque, an increase of around 30bhp over the previous CTS-V and making it the most powerful production Cadillac to date.

Power is sent exclusively to the rear wheels through an electronically controlled limited-slip differential, helping the CT5-V reach the 60mph in 3.7sec, four tenths down on the all-wheel drive M5 Competition. It’s also quoted to top out above 200mph, with even the more expensive M5 CS peaking at a limited 189mph.

Another variation on the usual European supersaloon recipe is the Cadillac’s standard six-speed manual transmission, which also features both rev-matching and flat-upshift functions. An optional ten-speed torque-converter automatic is also available. The chassis has also been fettled in its transformation into the Blackwing, with Cadillac Increasing spring rates, stiffening suspension bushings in the rear subframe and tweaking its Magnetic Ride Control dampers.

On the styling front, enlarged front openings allow for more airflow to the radiators and brakes, offset with the usual collection of carbonfibre exterior trinkets. A further carbonfibre package is said to be fully functional and has been tested in a wind tunnel to ensure it provides a reduction in lift over the standard car.


The CT5-V’s interior is largely the same as standard models, save for the requisite carbonfibre trim, sports seats and a reduced interior colour palette. Its 12-inch digital instrument cluster is also fully customisable and can display the likes of acceleration times and G-force data.

Alongside the new CT5-V, the Cadillac has also revealed details of the smaller CT4-V Blackwing. Powered by an updated version of GM’s twin-turbocharged 3.6-litre V6, it produces 466bhp and 455lb ft of torque, making its marginally lower than the BMW M3 Competition and Mercedes-AMG C63 S. It’s 0-60mph time comes in at a quoted 3.8sec with top speed at 189mph.

As with most American sports saloons, both are priced well below their German rivals in the US. Prices for the CT5-V Blackwing start at $84,990 (c£65,000), the V6-powered CT4-V Blackwing will cost you from just under $60,000 (c£45,000). Unfortunately, neither will be coming to the UK via official channels, but with the right importer and a fat duty check one or two might slip through the cracks.

Cadillac’s CT5-V and CT4-V Blackwings have arrived with a significant boost
www.evo.co.uk 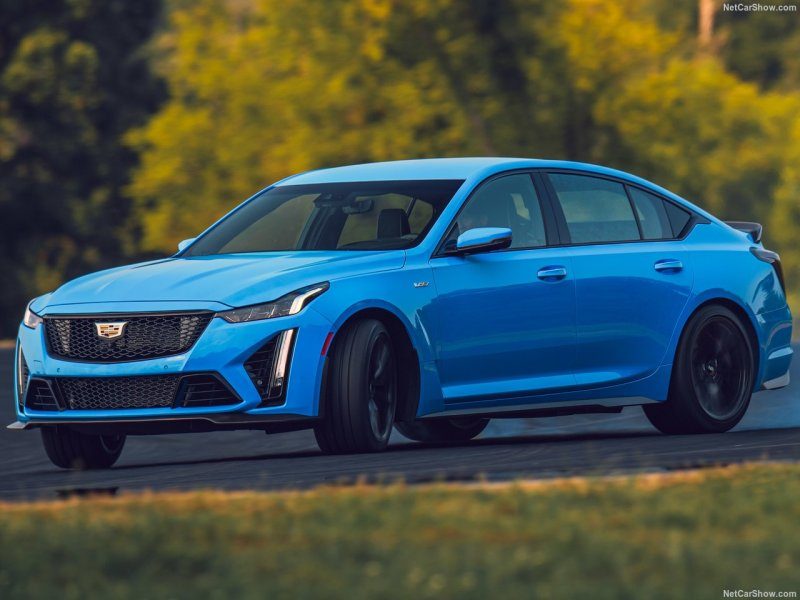 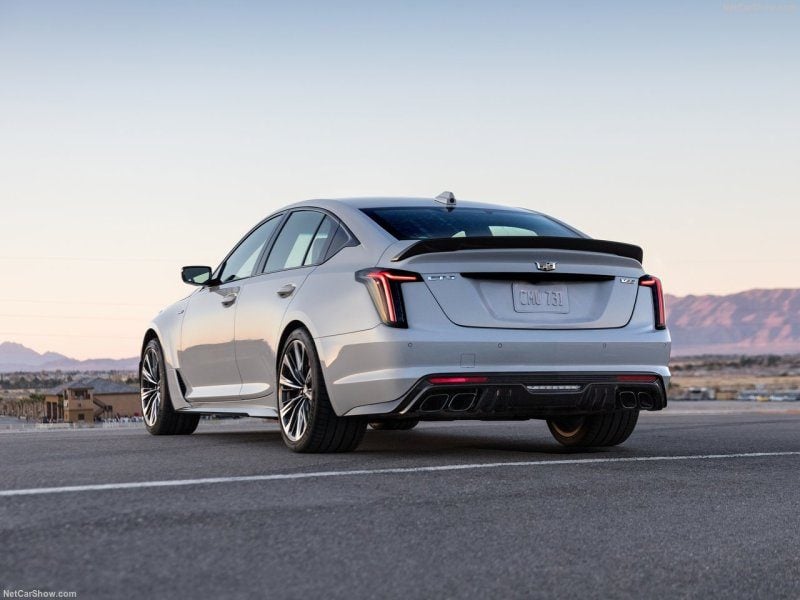 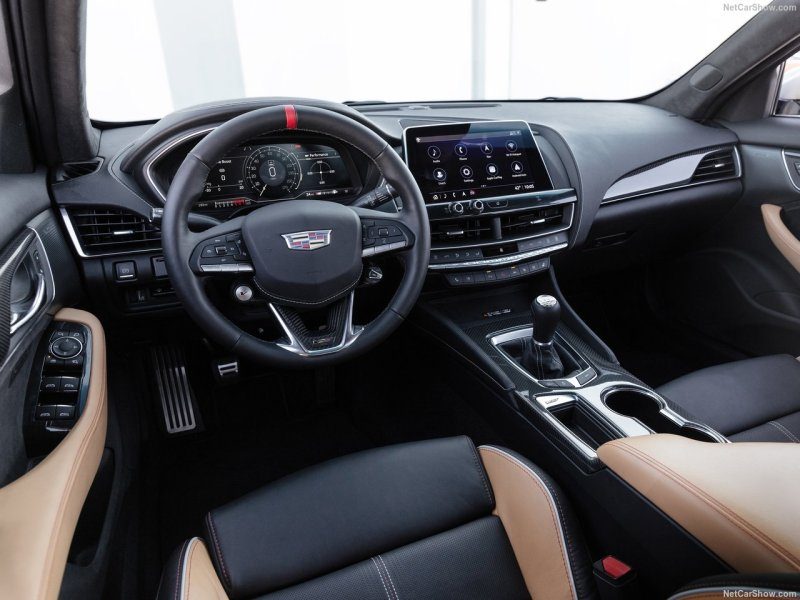