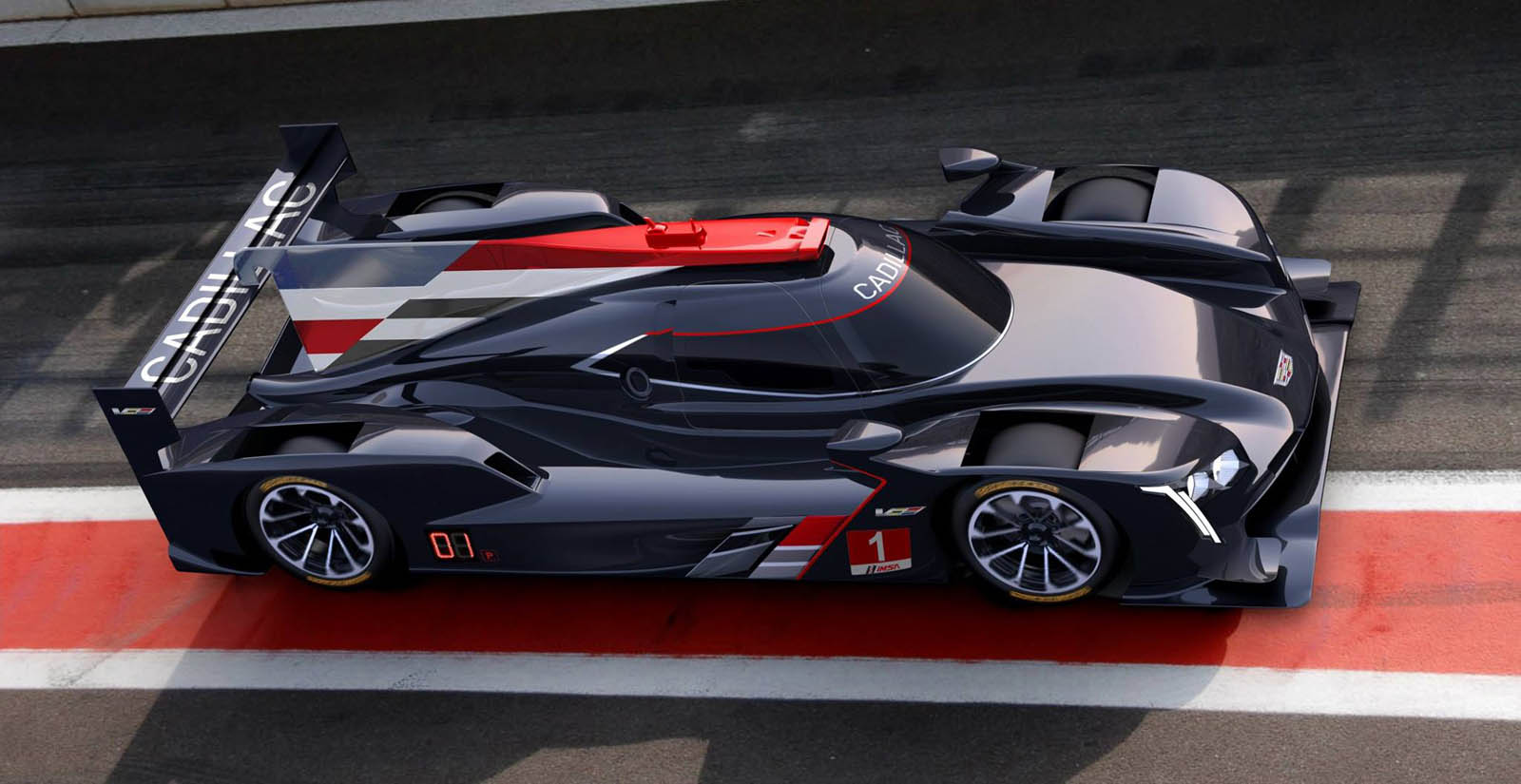 Cadillac has made the following press release:

The IMSA WeatherTech SportsCar Championship series is the fastest and most technologically advanced sports car racing series in North America.

"Cadillac is proud to return to the pinnacle of prototype racing in North America after a 14-year absence," said Johan de Nysschen, president of Cadillac. "Cadillac's V-Performance production models - the ATS-V and CTS-V - are transforming our brand's product substance, earning a place among the world's elite high performance marques. The Cadillac DPi-V.R further strengthens our V-Performance portfolio, placing Cadillac into the highest series of sports car racing in North America."

The all-new Cadillac DPi-V.R has been designed to contribute to the functional performance of the prototype using elements gleaned from the current lineup of Cadillac V-Performance models, especially the CTS-V supersedan. Above all, the DPi-V.R was developed to perform, via testing in the wind tunnel and engineering development.

"The DPi-V.R race car was an exciting new canvas for the Cadillac design and sculpting team," said Andrew Smith, Global Cadillac Design executive director. "The studio embraced the opportunity to interpret the Cadillac form language, line work and graphic signature for this premier prototype racing application. Every detail of the final design was selected to support the car's on-track performance and unmistakable Cadillac presence."

The design details giving the DPi-V.R car its distinctive Cadillac appearance and presence include the vertical lighting signature; the sheer, sculptural quality of the body and bold bodyside feature line; V-Performance wheels with Brembo brakes; V-Performance emblems; and a canopy graphic inspired by the Cadillac daylight opening. Even subtle cues such as the cooling vents and the air intake were designed in the studio, the latter in the trapezoidal shape of the Cadillac crest.

The Cadillac DPi-V.R is propelled by a race-prepared, normally aspirated Cadillac 6.2 liter V-8 engine that shares inherent architecture with the engines of the third-generation Cadillac CTS-V (640 horsepower) and fifth-generation Cadillac Escalade (420 horsepower). The engine produces approximately 600 horsepower when tuned for racing as defined by IMSA-mandated air restrictors, with a maximum allowable RPM of 7,600. The engine transfers power to the rear wheels through an X-TRAC paddle-shift transmission.

Cadillac and its designers collaborated with key partners including chassis builder Dallara, teams from Wayne Taylor Racing and Action Express Racing and ECR Engines to prepare the 6.2-liter V-8-powered Cadillac DPi-V.R over the past year. 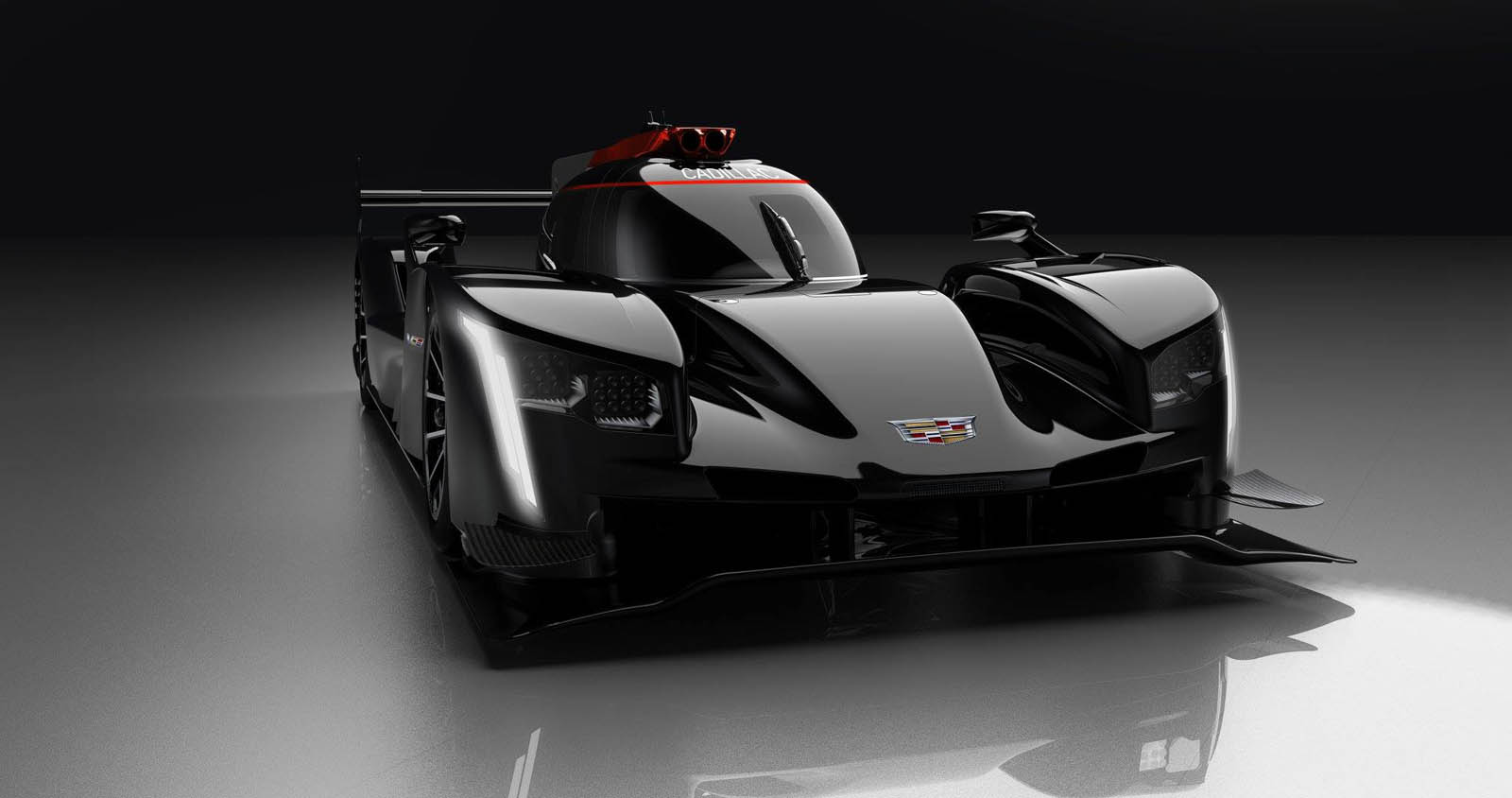 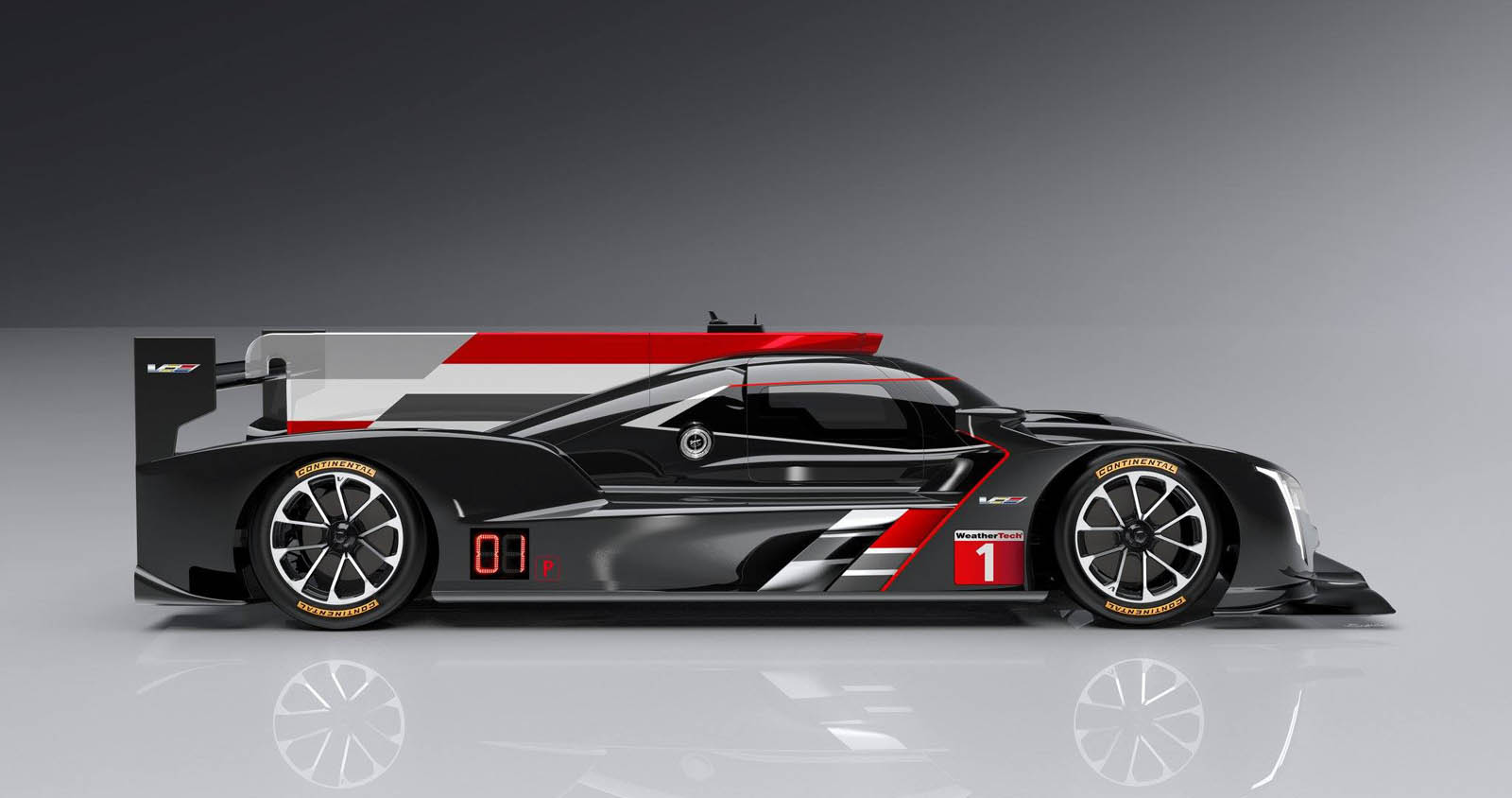 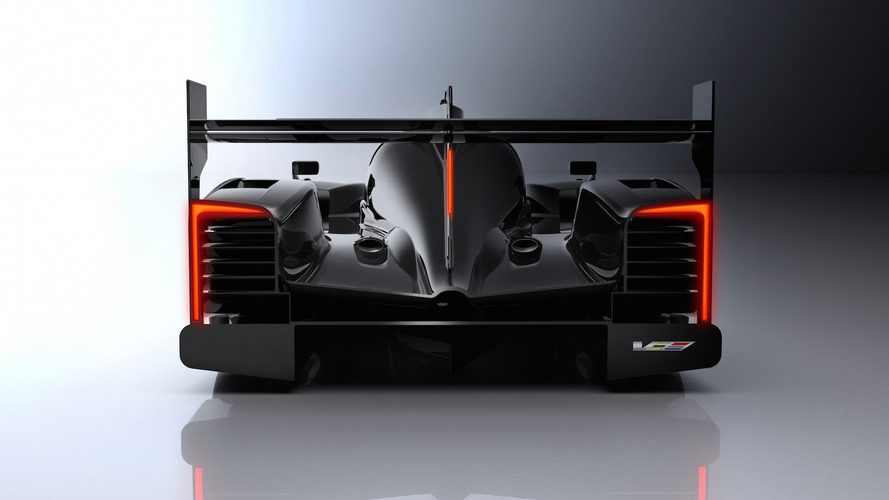 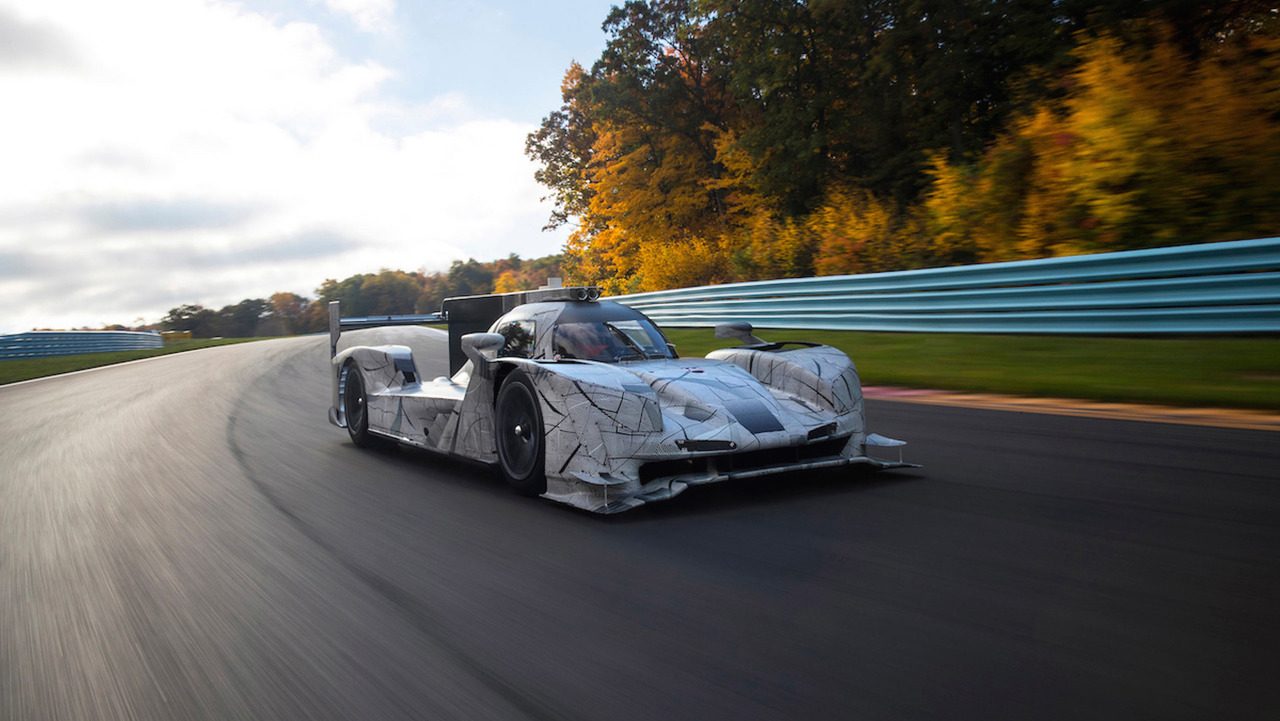 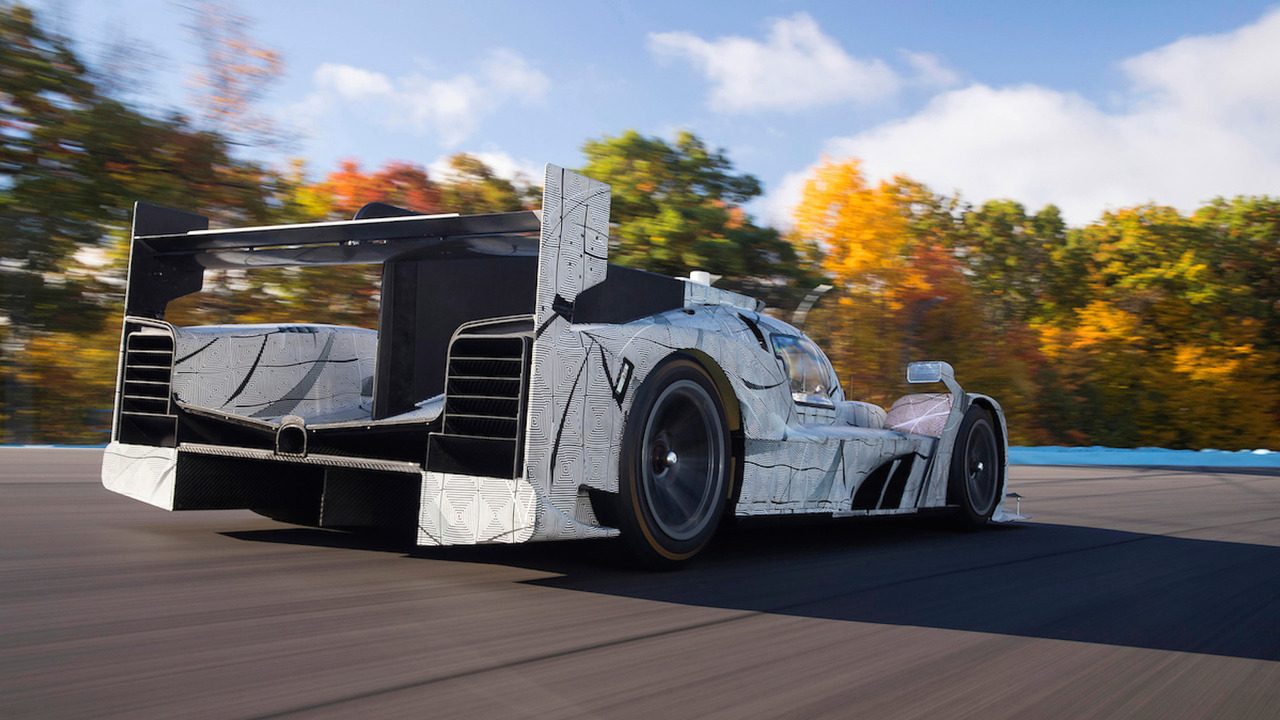 That car was revealed about 6 hours ago...

YESSSSS!!!!!! I literally fist bumped when I saw this. Had no idea they were returning, and as their former entry is my favourite modern LMP, I'm really looking forward to seeing them return. 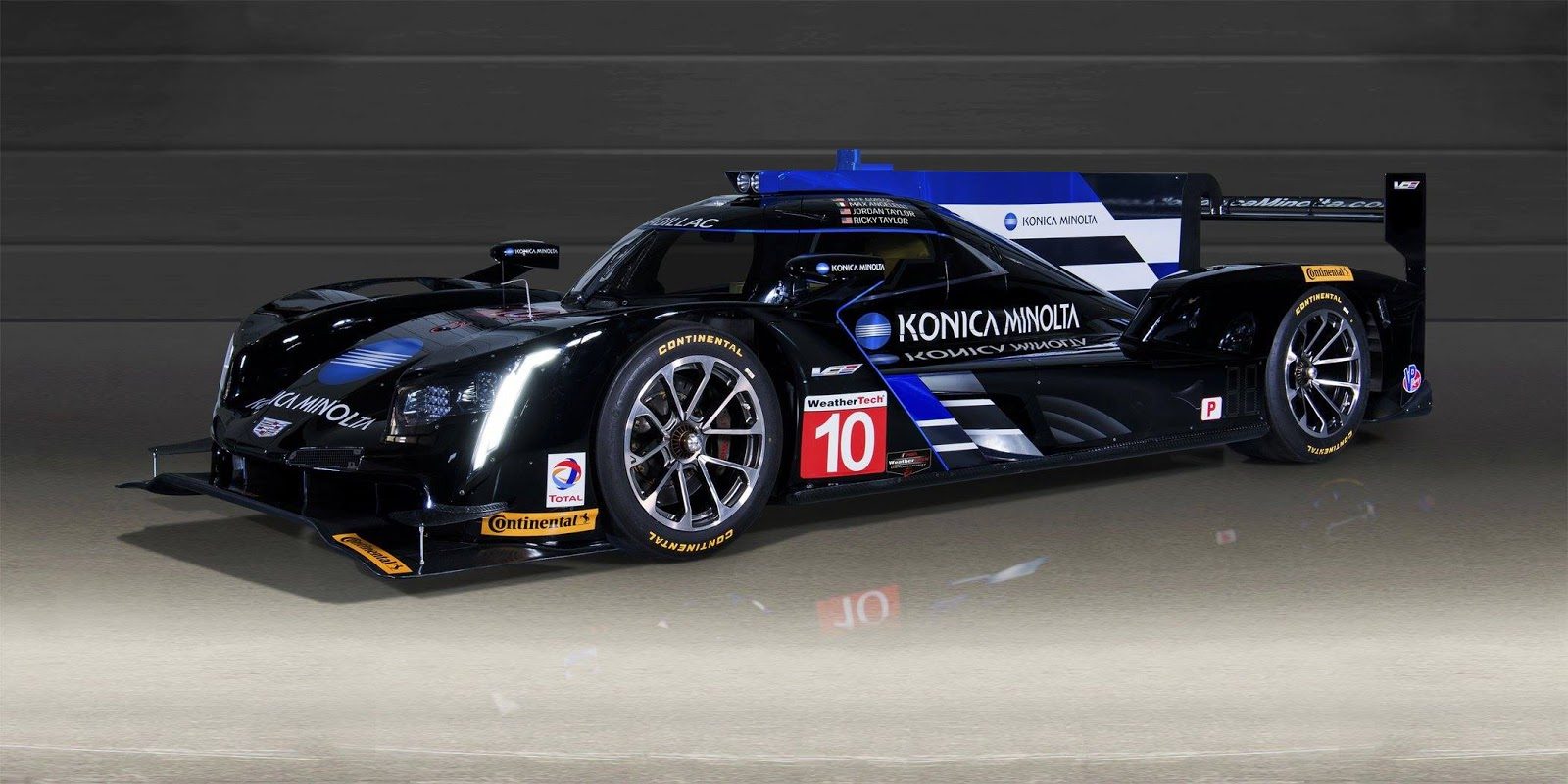 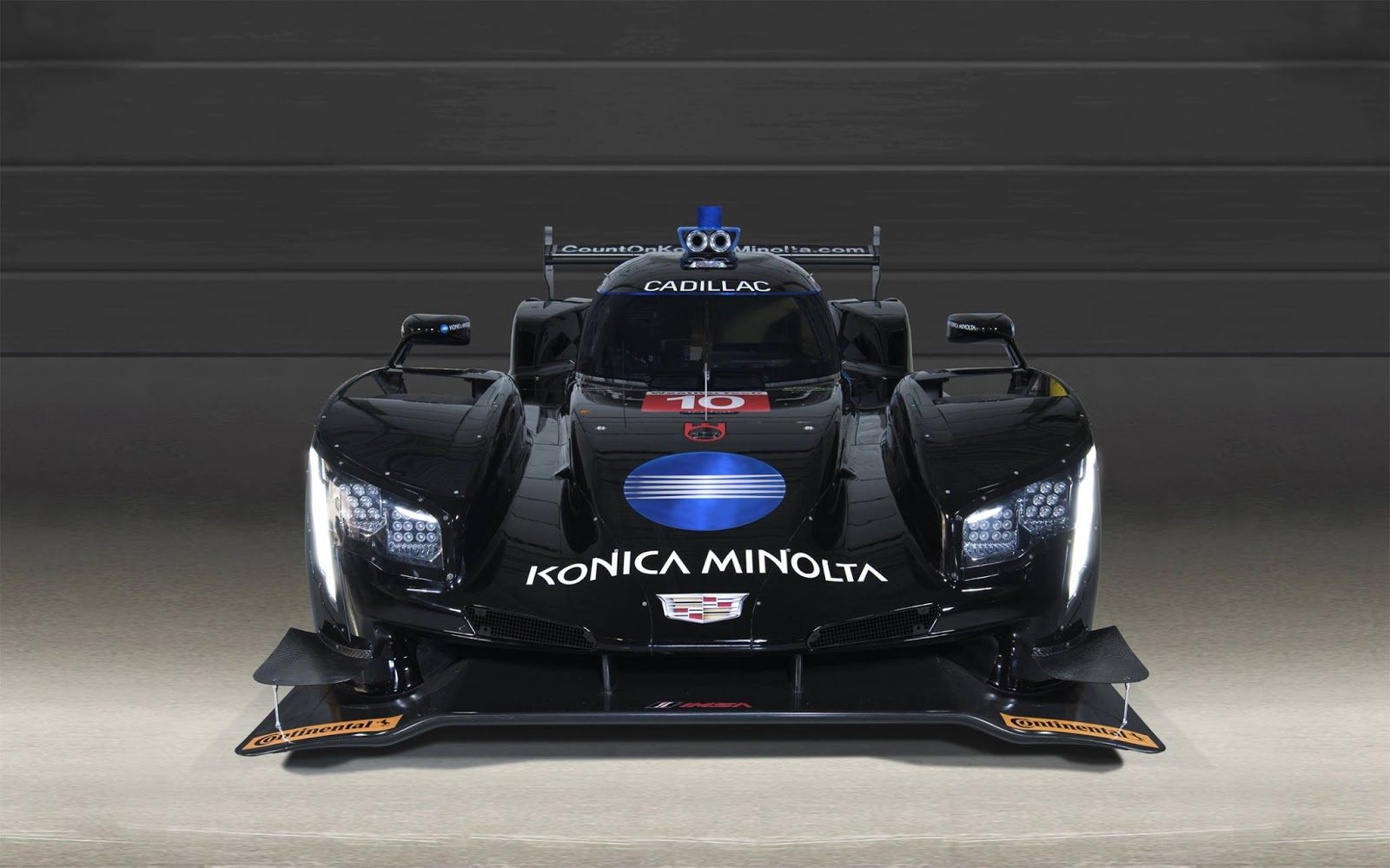 And it's already a winner.

Astrogildo
And it's already a winner.

The Cadillac DPi-V.R is such a good looking prototype. I would love to see it added but don't see it happening. However, I put money in it appearing in FM7. I reckon the first place I could try it will be PCars2 next year at some point.

Over the past couple of years I have become accustomed to watching prototypes with turbocharged engines which mute the noise. This Cadillac had the fabulous old-school sound that seems at odds with the car, but my God do I love the noise.
Share:
Reddit Pinterest Tumblr WhatsApp Email Share Link