The 1952 Cummins Diesel Special qualified 1st in the 1952 Indianapolis 500 race. Race car driver Freddie Agabashian and cummins discovered in early testing that the car was very fast so they decided to not show the cars full potential until the last 15 minutes of pole day qualifying. Where they set a one-lap record of 139.104 mph (223.866 km/h) and a four lap record of 138.010 mph (222.106 km/h) placing them in pole. Agabashian pushed the racer so hard that the tread tore off the tires. Later 2 cars qualified faster pushing the diesel special into 3rd position. The diesel racer was slower to accelerate than the other racers but was able to hold 5th position up until lap 71 where the turbo failed from rubber debris clogging the intake forcing the diesel special to retire taking 27th place overall. The rules were changed not long after banning diesels from the Indy 500. 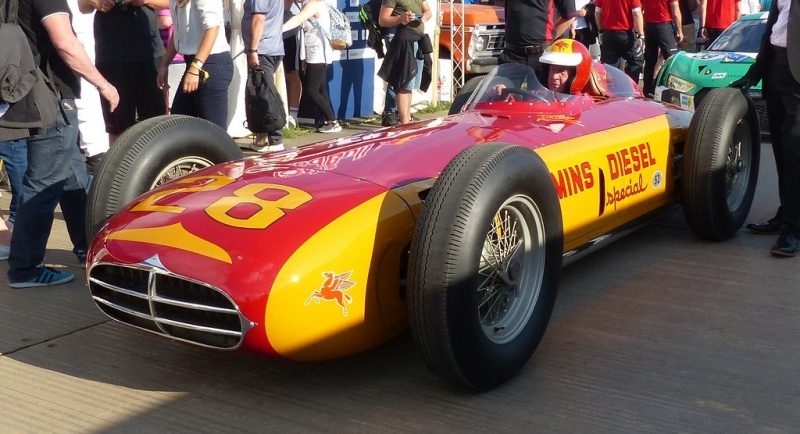