StarLight Garage presents of of the most looking and expensive and rare Ferrari's, the 250 GT SWB California Spider from 1961.
Ferrari only built 36 units of the California Spider and it's name has come up 13 times among the 100 most expensive cars ever sold and a quintessential open-air sporting Ferrari.
The last one sold on a auction was a recently barn discovery ... and is former owner was the French actor, Alain Delon.
This Ferrari has for me also as special meaning for me but that's too personal.

There are many different ways to design and build a car, and, if we’re honest, most are quickly discarded after a few years for something newer, faster, and better-equipped. There are vehicles cherished for decades, of course, owned by enthusiasts loyal to some marques more than others.

At the top of the classic car world, however, few are as universally loved as the Ferrari 250 GT SWB California Spider. This car is also displayed at the Museo Ferrari.

Understanding why is actually the easy part: if you are among those who believe Ferrari makes some of the best cars in the world, and that it’s important Enzo Ferrari himself was around, and that it should handle like a sports car but rock curves like a supermodel…the 250 GT SWB California Spider is your car.

History has shown that the car was designed and built during the best-ever time for sports cars: road car regulations were relatively lax and racing cars were still quite simple, and so it was possible to buy a car that could win a club race at Watkins Glen and then zip to New York for a few nights at the Waldorf Astoria.

Actually, a playboy by the name of Jan De Vroom raced his SWB California Spider at both the 1960 24 Hours of Le Mans and the 1961 12 Hours of Sebring, where he finished 12th overall. It’s impressive, but not surprising when you learn what was underneath the car’s Carrozzeria Scaglietti-formed open bodywork.

At the prodding of Luigi Chinetti and John von Neumann, Ferrari’s U.S. distributors, the company took its race-bred 250 GT Berlinetta Tour de France and removed its roof, instantly creating a classic. With a 3.0-litre V12 engine under the hood, with plenty of luggage space and a well-trimmed interior, the car was perfect for the new class of wealthy enthusiasts who grew up watching Grand Prix and Le Mans endurance racing.

When the closed car received mechanical updates to make it slightly shorter, lighter, stop better, and more powerful, the open California Spider saw the same, and in 1960 the updated car was christened the 250 GT Spider California SWB. 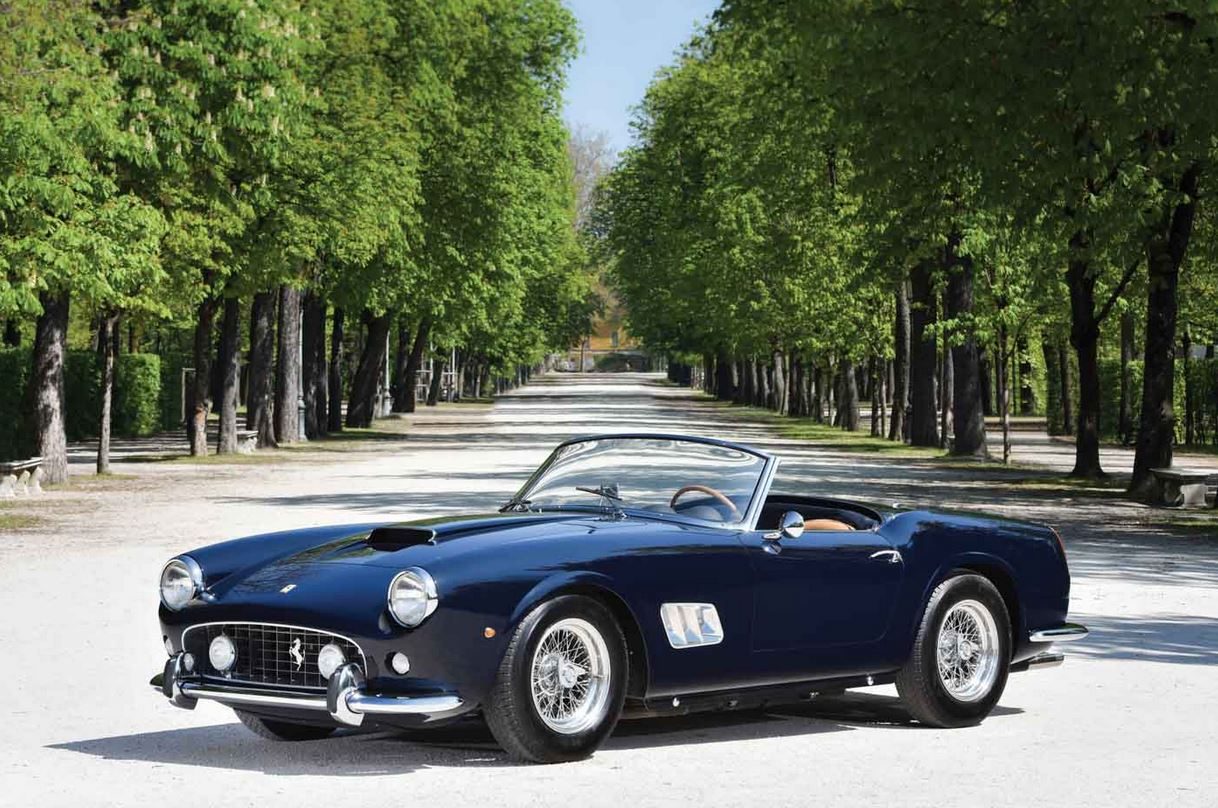 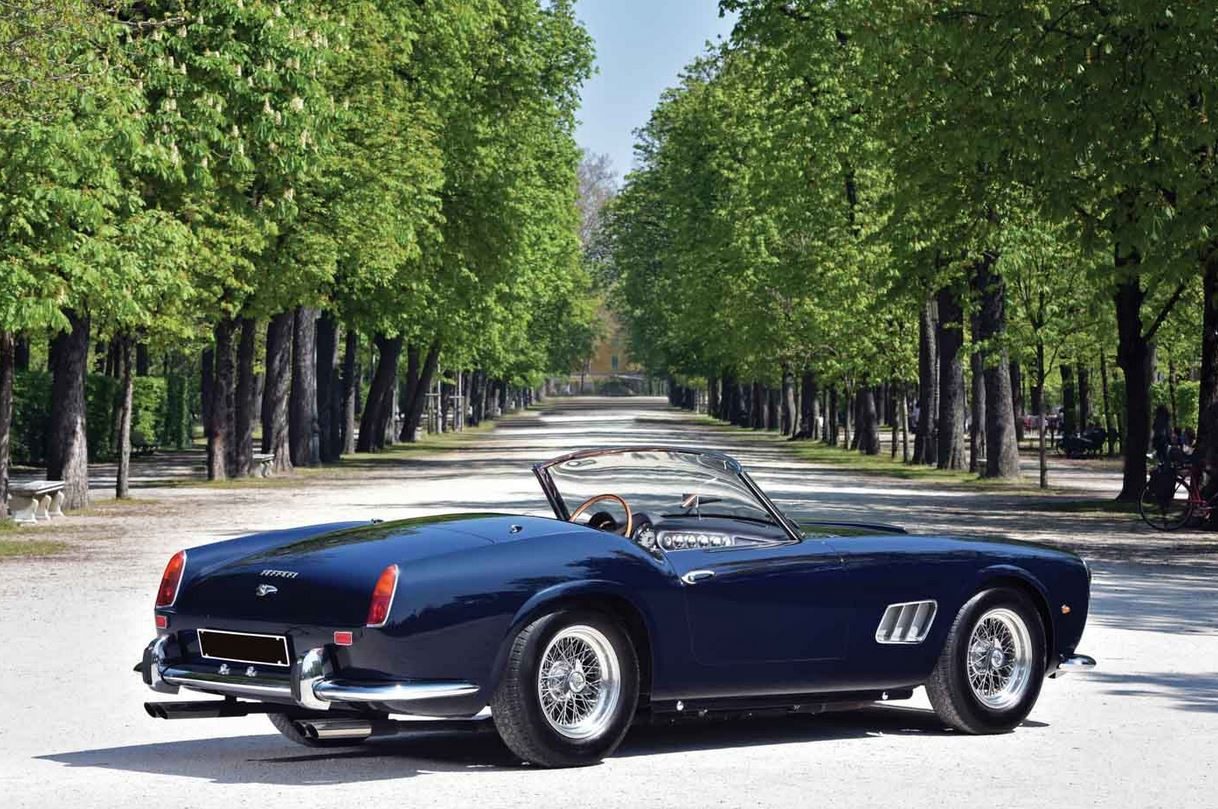 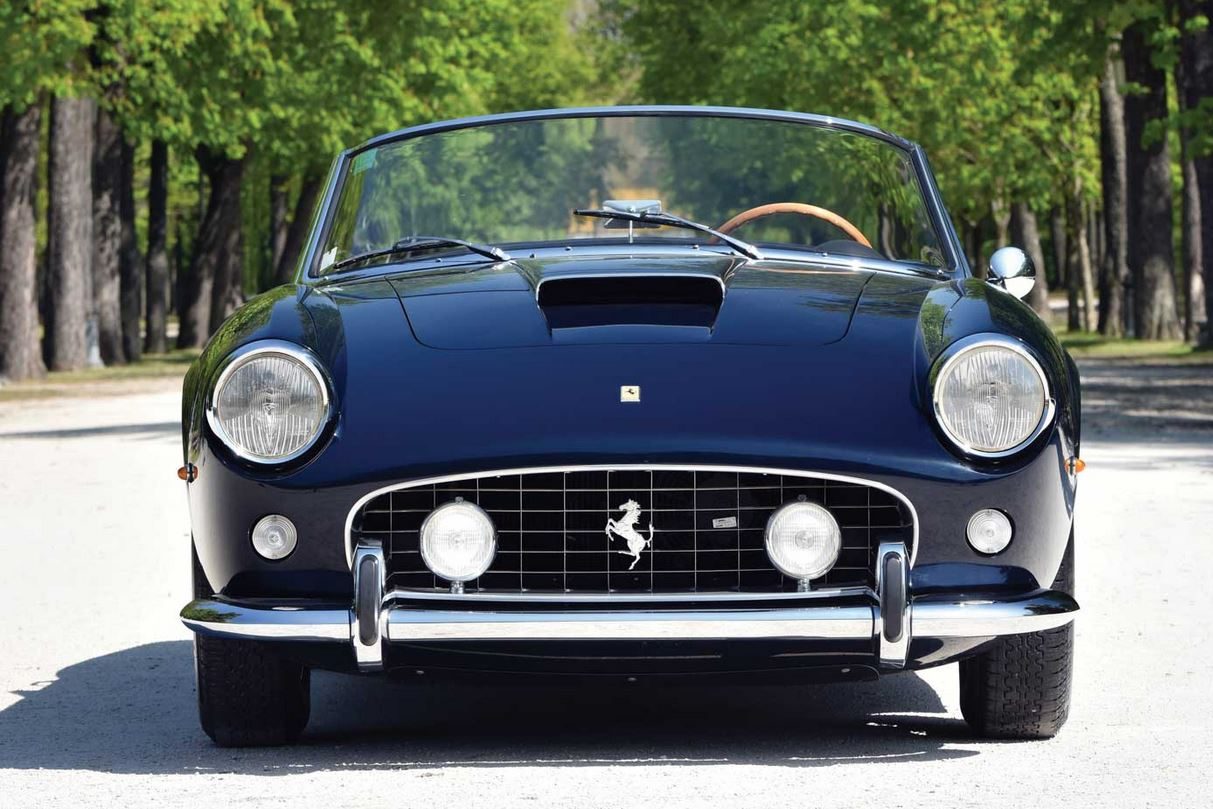 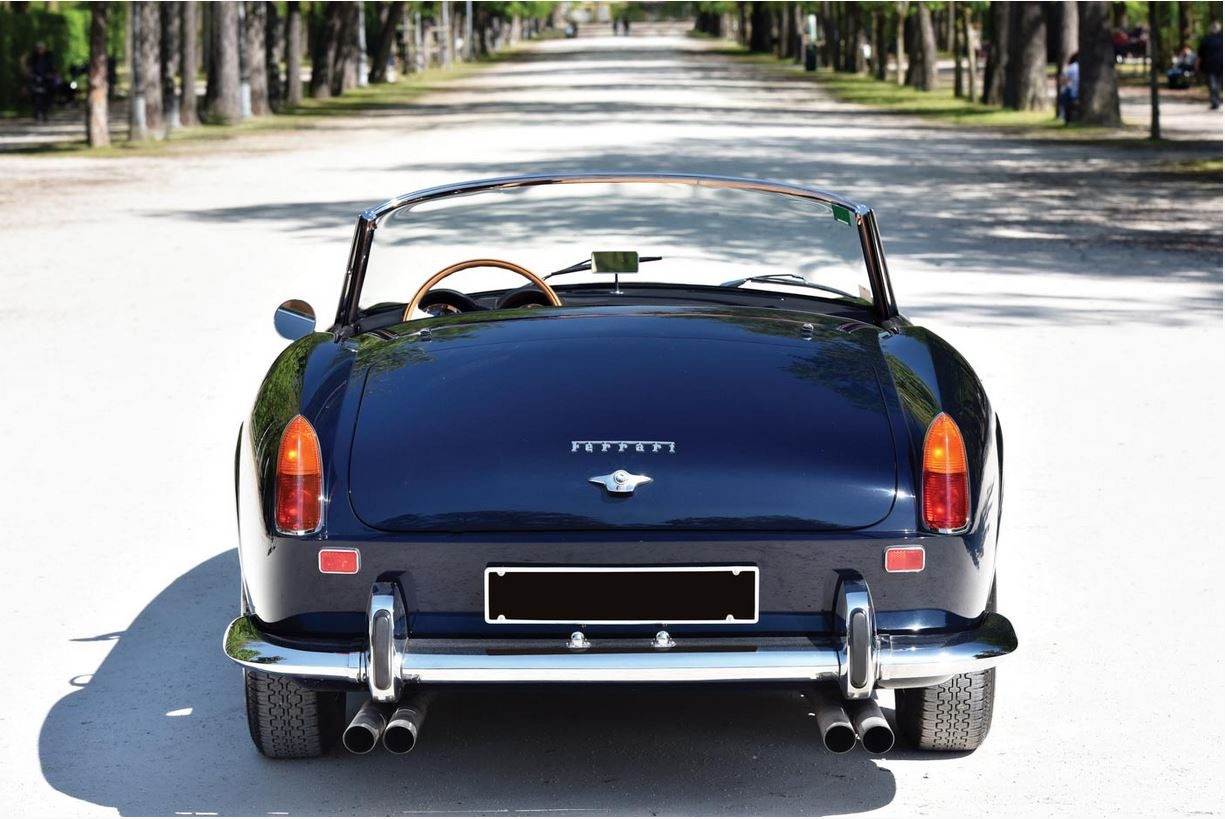 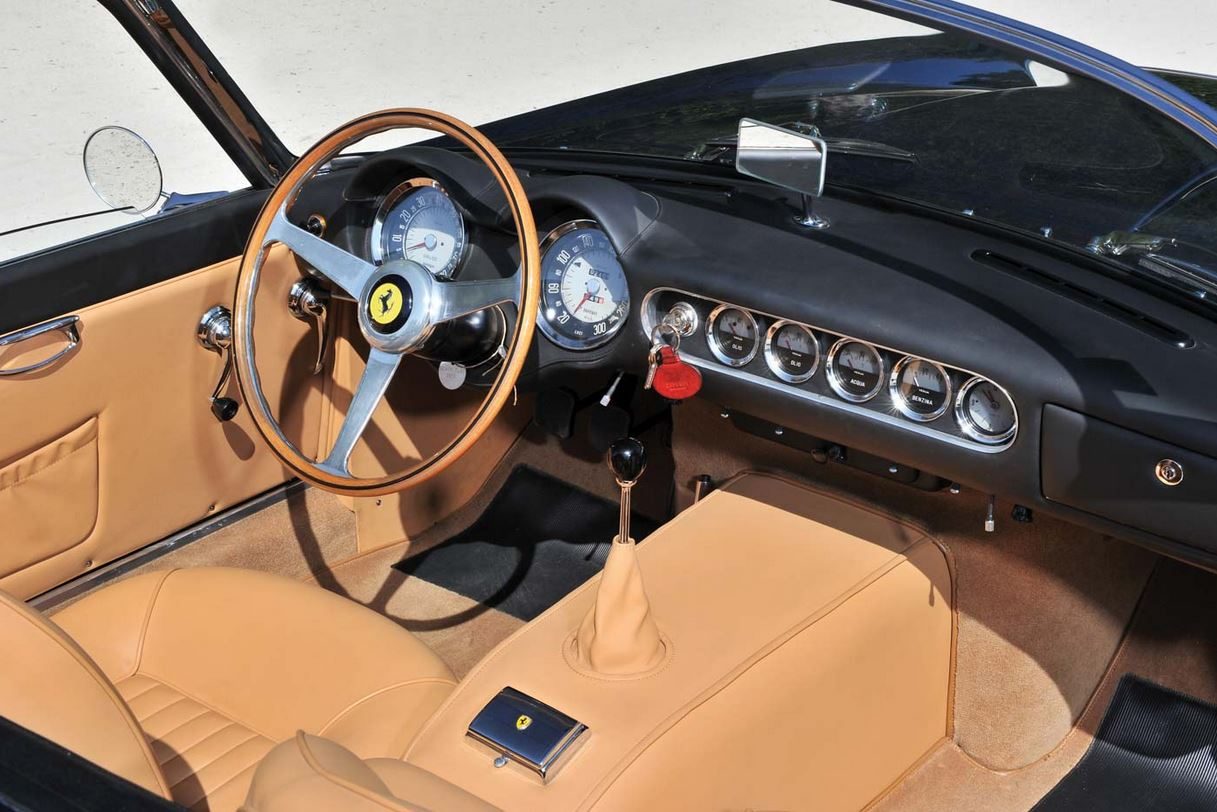 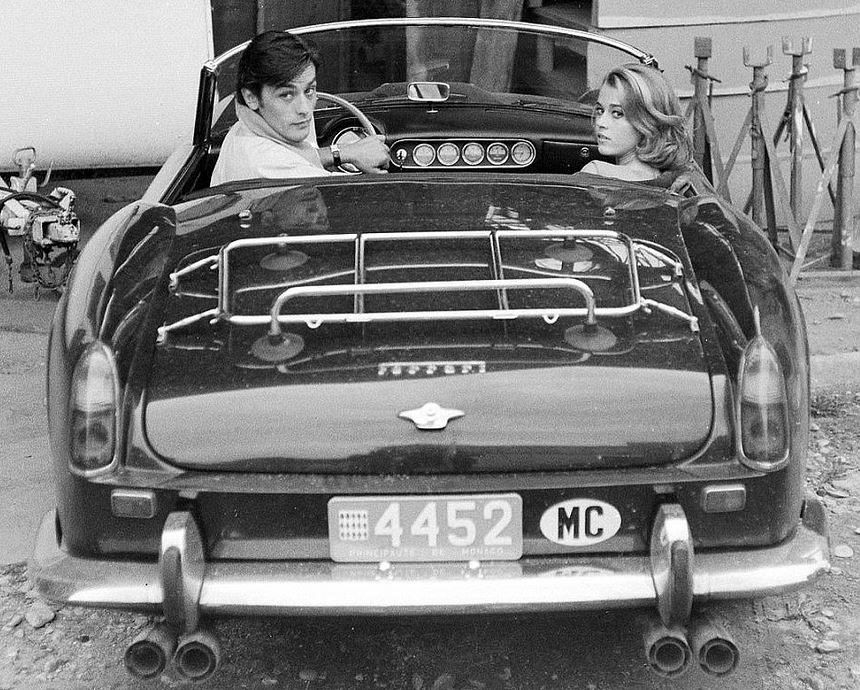 Oh, I will take one please, with the hardtop thanks

I can't understand why no one makes cars like this anymore. Just look at that interior and those instruments! I'd take that over any kind of touchscreen nonsense.

eran0004
I can't understand why no one makes cars like this anymore. Just look at that interior and those instruments! I'd take that over any kind of touchscreen nonsense.
Click to expand...