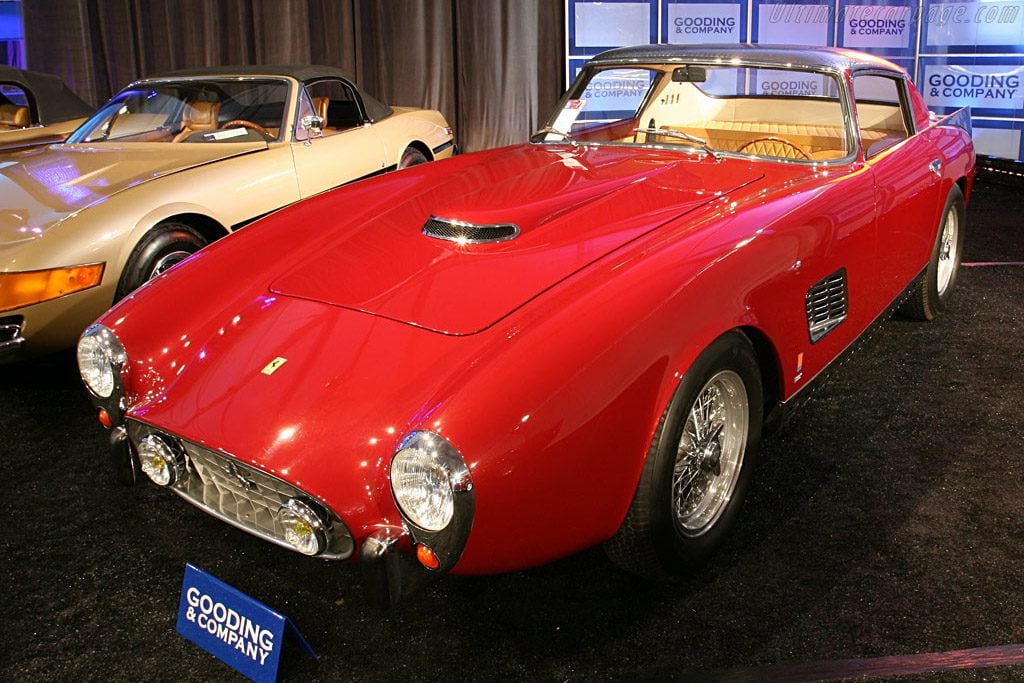 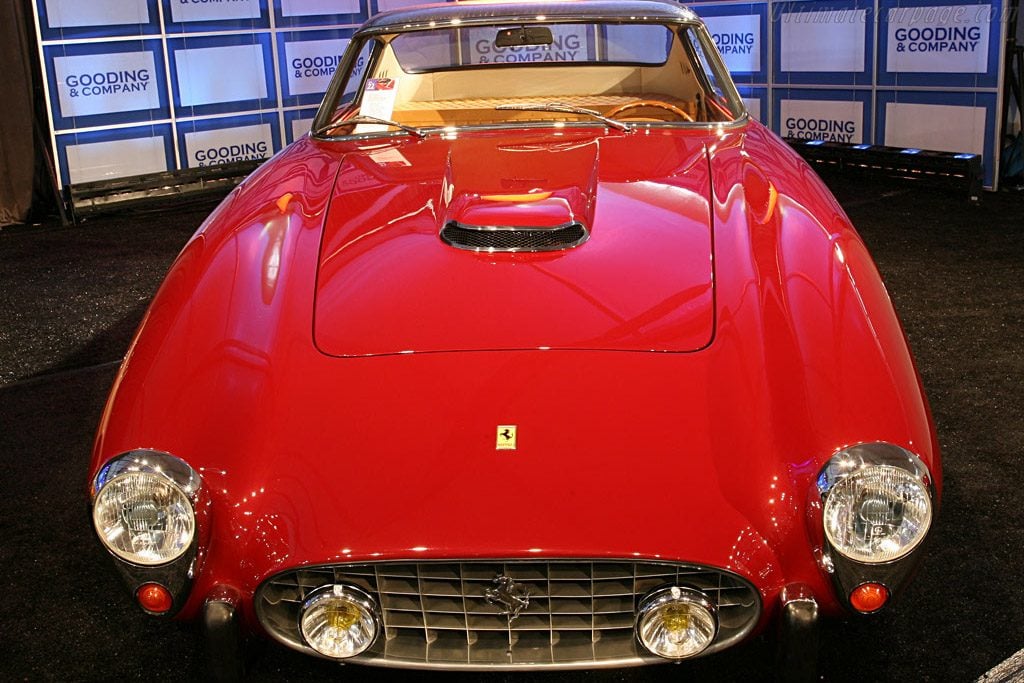 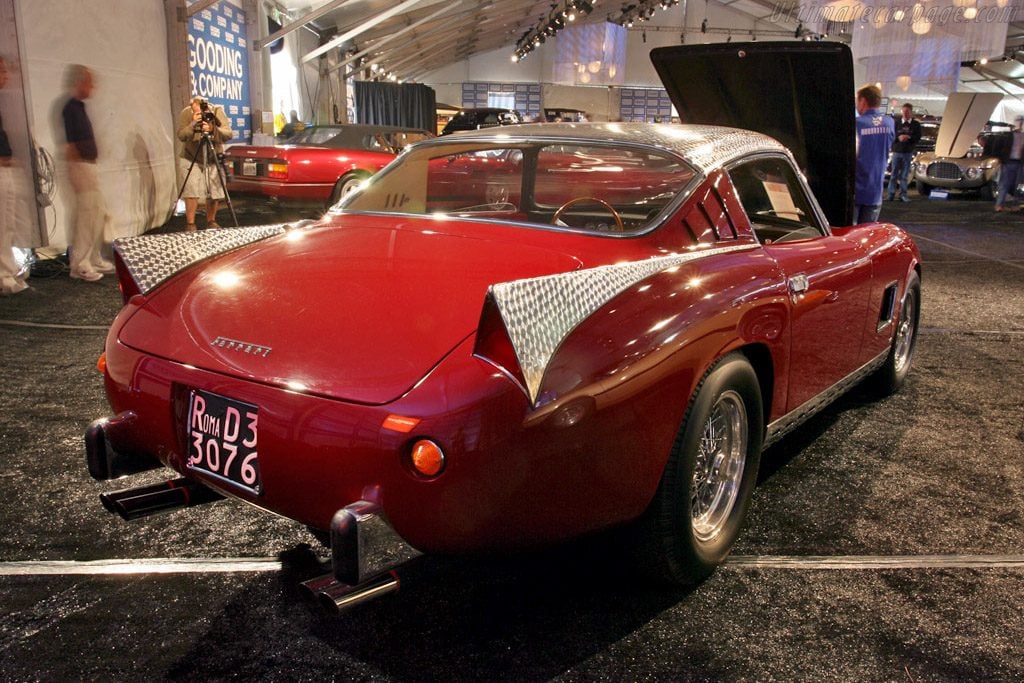 At the 1953 Paris Motorshow, two new road cars were displayed, both using Lampredi's 'long block' V12 engine. The smaller of the two was the 250 Europa and its big brother the 375 America. It shared its 4.5 litre engine with the marque's Formula 1 and sports car racers. This extremely powerful engine made the America the fastest luxury car in the world. With production of the chassis already limited, the coach builders made sure that every one received a custom body. About ten were built during its two production years, with Pinin Farina bodying the majority of them. 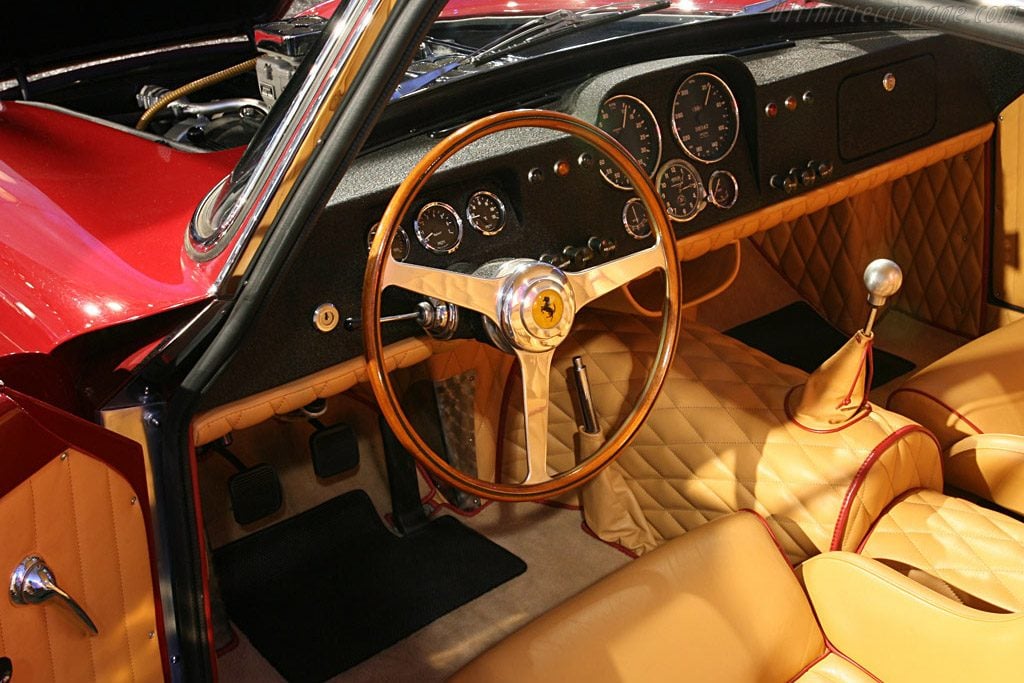 Two years after the 375 America's production, Ferrari again showcased a new luxury GT at the Paris show, but in chassis form only. Dubbed 410 SuperAmerica, the completed car made its debut at the Brussels Motorshow a year later. The Pinin Farina designed body resembled the 250 GT competition car. Compared to the smaller Ferrari, the 410 SuperAmerica's 2800mm long wheelbase was 200mm longer. Power came from Ferrari's largest engine to date, displacing just under 5 litres. It shared this engine with the 410 Sport, designed specifically for a number of South American road races. In competition form, the engine was good for at least 400 bhp and the 340-360 bhp available in the SuperAmerica was more than sufficient. 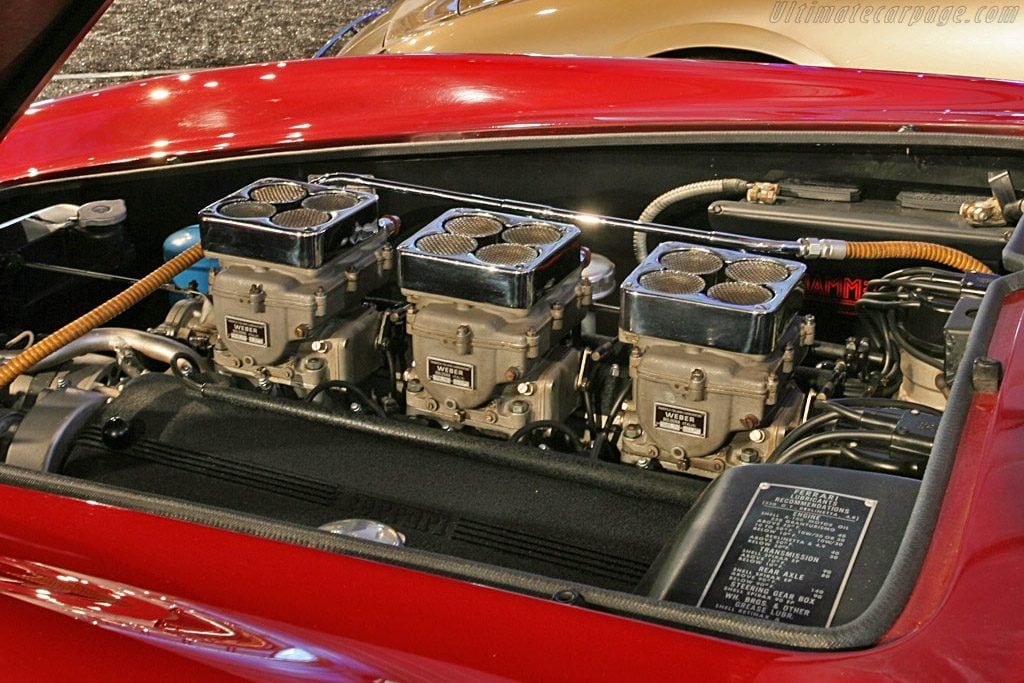 Three series of SuperAmericas were created. In 1955 the first batch of 16 cars were produced and mainly bodied as a coupe by Pinin Farina. The last examples constructed shared the 2600mm wheelbase with the 250 GT racing cars. In 1956 and 1957 only five were assembled and by that time were the only Ferraris still using the Lampredi long block engine. In 1958 a new Pinin Farina body became available, which was fitted on another twelve cars. Using one of the shorter wheelbase chassis, Ferrari and Pinin Farina constructed the stunning 410 Superfast, which was displayed at the 1956 Paris show. 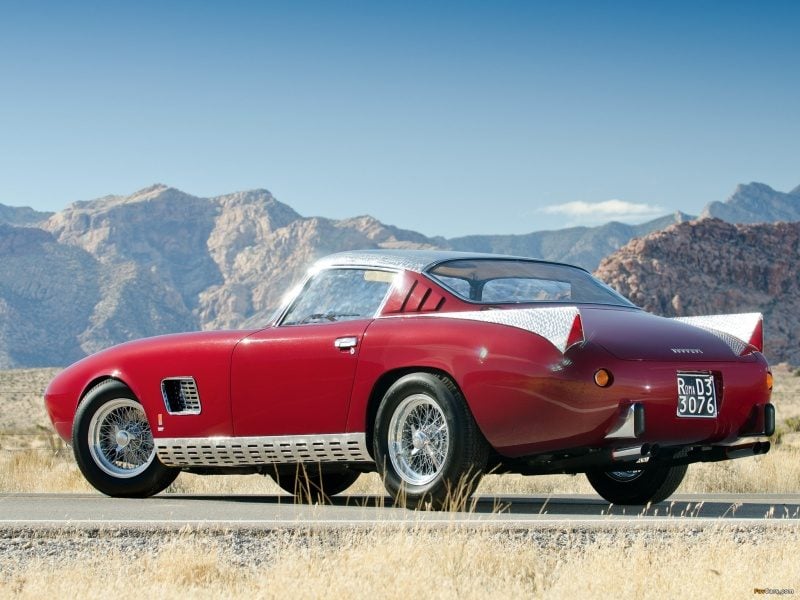 ...Those metallic accents are really groovy. And those carbs!! I'm sold.

I love how the car looks in the first and last picture.