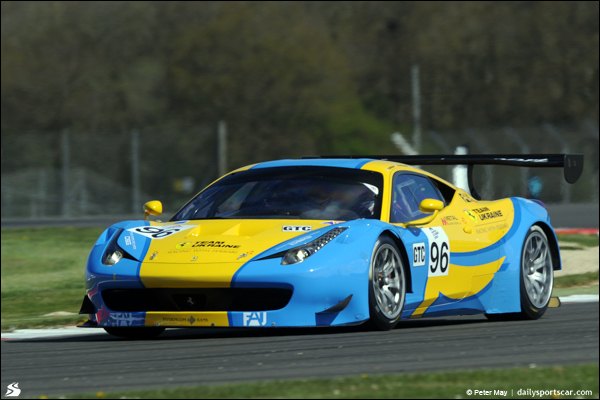 TEAM UKRAINE RACING WITH FERRARI STARTS WITH VICTORY IN ELMS!

Without any exaggeration, Team Ukraine racing with Ferrari sensationally started its season with a victory in the GTC class at the 1st stage of the European Le Mans Series ELMS, held at the British Silverstone!

Recall that this year Team Ukraine racing with Ferrari took a step up in the sports hierarchy of endurance racing. The Ukrainian team will debut in the ELMS series, which is the last step before the WEC World Endurance Championship. At the top of the world endurance stages last 6 hours, while at ELMS it is 4 hours. It is noteworthy that if 27 cars entered the stage of the World Championship, then the peloton of the European Le Mans Series consisted of 38 participants! Moreover, it was the GTC class, in which Team Ukraine competes, that turned out to be the most massive - 14 crews.

Already in training, albeit through the efforts of the new Ukrainian legionnaire Alessandro Pierre Guidi, the “zhovto-blakitna” Ferrari was first 5th in its class, and then completely the first. In qualifying, Alessandro, who has considerable experience behind the wheel of this car, showed 2nd time, losing only 0.177 seconds to another Italian - Luca Persiani, but ahead of Olivier Beretta, both opponents defending the Russian colors of the SMP Racing team. Not only almost all classmates were left behind, but also several crews from the older LMGTE class.

The debut of the race turned out to be eventful. Due to the failure of the equipment, the pole holders did not go to the start, but unexpectedly, Gregoire Demoustier on McLaren breaks out from 5th (actually 4th) place to 1st. Andrey Kruglik, who was entrusted with the most important part of the race - the start and the first shift - did not take risks, but after 20 minutes he restored justice, becoming the leader of the GTC class. Moreover, after a couple of minutes it turned out that Demoustier had to serve a sentence for a false start... However, after that, the Ukrainian did not have an easy life.

Soon another Russian Ferrari driven by Olivier Beretta appeared in his rear-view mirrors. It is worth recalling that this veteran has 18 starts in the legendary 24 Hours of Le Mans, of which 6 victories in the GT classes, as well as two FIA GT championship titles. Olivier was able to get ahead of the Ukrainian, moreover, soon another SMP Racing pilot Sergey Zlobin began to frankly restrain Andrey, whose car corresponds to the older LMGTE class! Nevertheless, Kruglik was able to get ahead of his opponent, losing about 5 seconds on this.

Ahead were the first pit stops, where the Ukrainian team decided to leave Kruglik “in the wheel”, thereby beating the rivals tactically, where Beretta was replaced by not so fast Anton Ladygin. The Ukrainian did not just regain his leadership, but began to systematically increase it. By the end of her second shift, after almost 1 hour and 40 minutes, Kruglik was not only leading her GTC class, but was in 5th place among all GT cars! It was the turn of Sergei Chukanov.


It must be said that for Chukanov it was only the second race behind the wheel of a GT3 car, and, most importantly, the first start in his career on this difficult track. Nevertheless, although Sergei was inferior in speed to his partner, he continued to confidently lead the class, in the middle ahead of the closest competitor in the class by one minute. The real test fell to the second Ukrainian on his second shift when none other than Jan Magnussen came closest behind him.

The former Formula 1 driver, who has been a factory Corvette driver for over 10 years, has 14 Le Mans starts, 4 GT victories and three 12 Hours of Sabring titles, and that's not counting the many podiums and championship titles in a wide variety of endurance series. The most experienced veteran, in ELMS on a similar Ferrari defending the colors of the Danish team, reduced his gap from the Ukrainian, but no more than half a minute. Taking into account the fact that the experienced Pierre Guidi was supposed to drive the Ukrainian Ferrari for the last shift, there were no reasons for excitement, but these are races!

With 48 minutes to go, ahead of the lap Ferrari #55 (2nd in the LMGTE class), overall leader Simon Dolan crashes! Its prototype No. 38 was thrown into a concrete wall, after which a “safety car” drove onto the track. The suspension of the race not only “ate” all the advantage of Team Ukraine racing with Ferrari, but also allowed rivals to get ahead of the Ukrainian team at the pit stop! Fortunately, the restart was given 20 minutes before the finish of the race and Pierre Guidi was able to quickly get ahead of the young Danish formula driver Mikkel Mack, who replaced Magnussen, and go into the lead.

Thus, already on its debut in the most prestigious European endurance racing series ELMS, the Ukrainian team topped the podium of its class, leaving behind not only all classmates, but also many teams competing in the higher (and more powerful) LMGTE class, becoming 9- th among all GT cars. In the same lap with the Ukrainian team, only two rival teams in the GTC class finished the race, while the 4th finishing crew lost one lap, and starting from the 5th, two or more! In total, "zhovto-blakitna" Ferrari is the leader 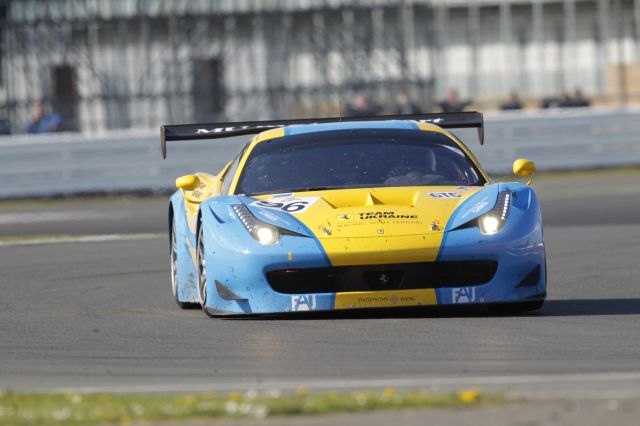 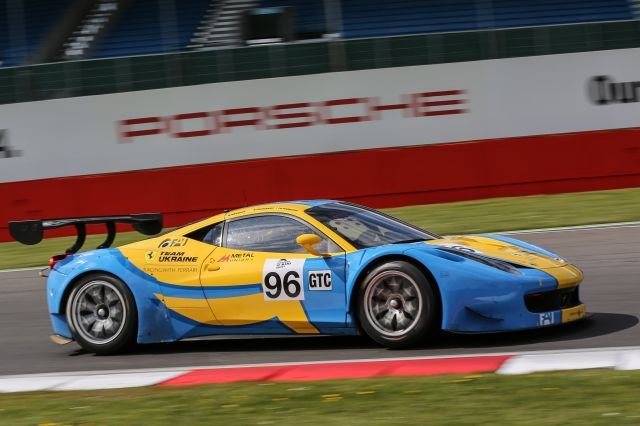 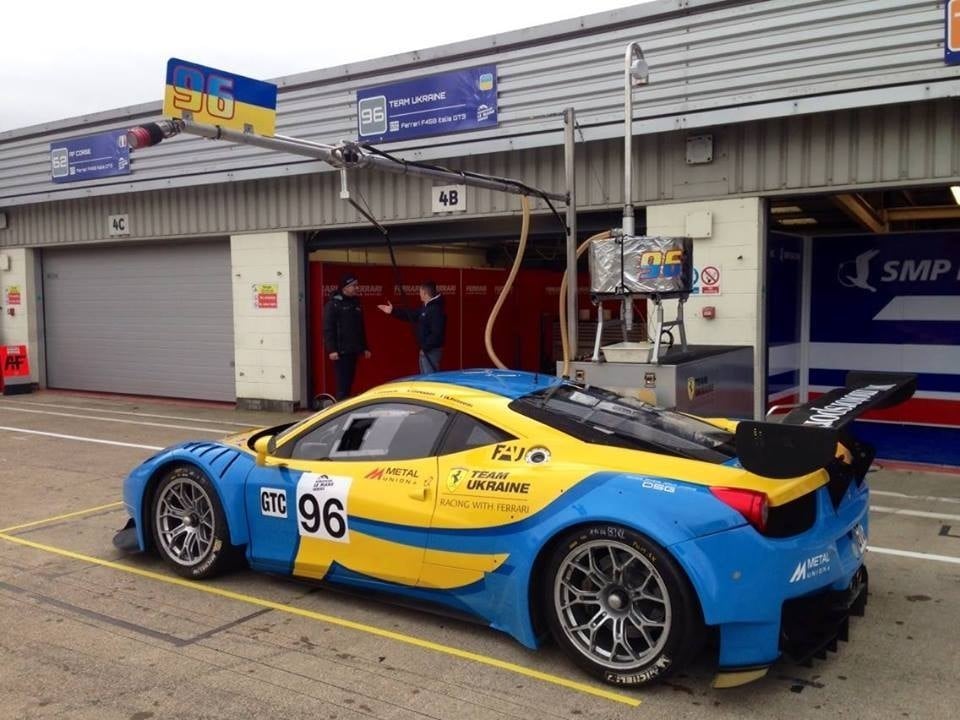 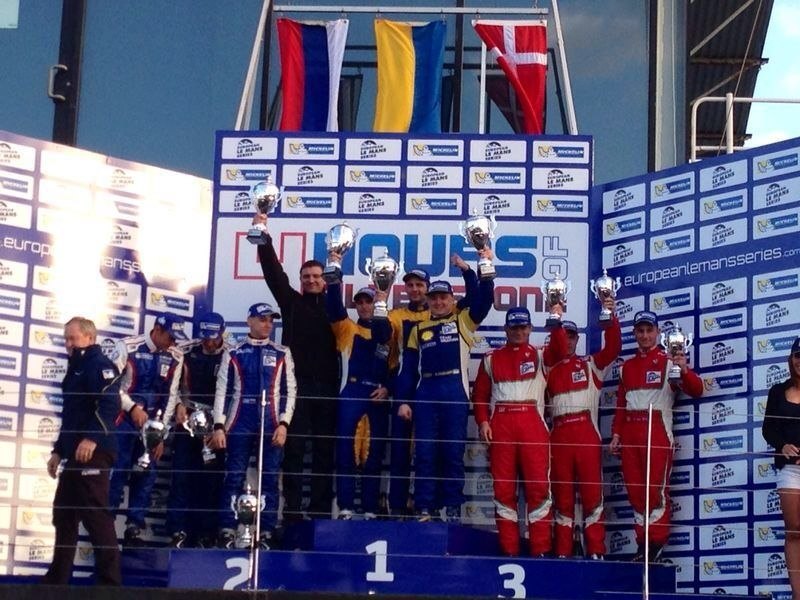