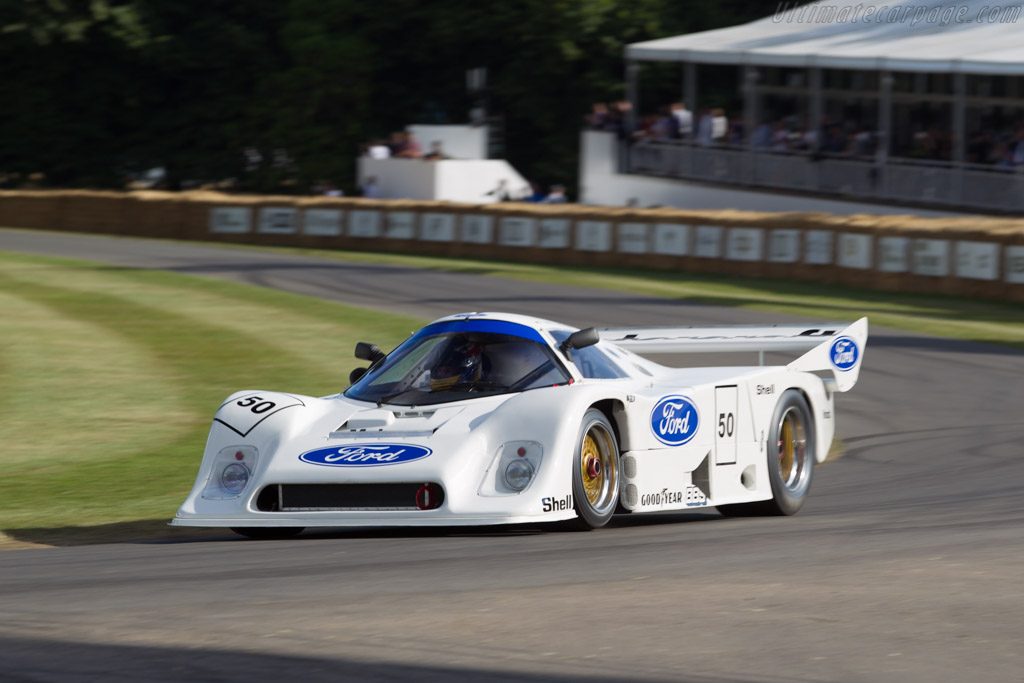 The 24 Hours of Le Mans was won in 1980 by a Rondeau GTP car powered by a mildly modified Ford Cosworth DFV engine. Encouraged by this success, Ford decided to develop a bespoke GTP car built around the four-litre, endurance Cosworth DFL engine. Tasked with designing the new Ford C100 was Len Bailey, whose previous work included the Le Mans winning GT40 and the subsequent F3L.

Bailey designed an aluminium monocoque chassis that used the Ford Cosworth engine and Hewland gearbox as fully stressed member. The rear suspension featured rocker operated, in-board springs and dampers. These were fitted to make room for massive ground-effect tunnels. The C100 bodywork had a blunt nose with round headlights and a long tail with the wing mounted just behind the lead edge of the bodywork.

Ford had intended the C100 to make its debut at the 24 Hours of Le Mans in June of 1981 but the program was considerably delayed. Eventually, some three months behind schedule, the C100 first appeared on track for the Brands 1000km. Tapped to drive the Ford of Cologne built machine were Manfred Winkelhock and Klaus Ludwig. The C100 qualified on pole with a 1.1 second margin but was forced to retire with gearbox failure after just 40 laps.

Ahead of the 1982 season a Mk2 version of the C100 was developed but without the help of Bailey, who had already left the project. Significantly, the four cars built for 1982 featured a much strong honeycomb aluminium monocoque built by John Thompson. The bodywork was also extensively modified. The nose was now much sharper and square lights were fitted. The shorter rear end featured a taller wing. The intakes for radiators were moved from the top of the bodywork to the sides.


Now classified as a Group C car, the Ford C100 faced strong competition from works Porsche and Lancia efforts. The four cars were entered in the DRM series with Zakspeed and the World Championship with the factory team. Winkelhock and Ludwig qualified on pole for the Nürburgring 1000km only to retire from the race with differential issues. At Le Mans, one car would briefly lead the race but reliability issues thwarted the effort once more. There was another pole at Brands Hatch but again there was no luck for the C100s in the race.

Tony Southgate had been hired to help Thompson improve the cars further for 1982. Keith Duckworth at Cosworth also had a turbocharged version of the V8 engine under development. At least one C100 was updated to this Mk3 specification although this was still fitted with the naturally aspirated DFL engine. Sadly, it was run only once in testing at Paul Ricard before Ford decided to pull the plug on the effort. One of the main reasons was that there was no clear indication when the new Cosworth engine would be ready to run.

For the 1983 season, two of the existing cars were handed to Zakspeed, who continued to race them for several more seasons with considerable success. During this period, they were constantly updated and eventually also powered by the German team's own four-cylinder turbo engine. Klaus Niedzwiedz was most successful in the renamed Zakspeed C1/8, winning several DRM races and also the 1984 Interserie Championship. The C100 also reappeared in an altogether different guise, forming the basis for the second Ford Transit Supervan.

Although showing great pace, the Ford C100 ultimately did not deliver for the 'Blue Oval' on the international level. Abandoned after less than two seasons of racing, it does continue to hold the distinction of being the last Ford to vie for overall victory in the 24 Hours of Le Mans.

Chassis: C100/03
One of four new C100s built for Ford by John Thompson ahead of the 1982 season, this car was raced extensively by both the factory and the Zakspeed teams. Liveried in Jagermeister colours, it was first raced in two DRM rounds by Klaus Ludwig. Chassis C100/03 was then repainted to factory colours and then raced at the Silverstone, Nürburgring and Le Mans rounds of the World Championship. It was this C100 that briefly led at Le Mans before electrics issues ended the charge. Later in the year it also raced at Spa and qualified on pole for the Brands Hatch round of the World Championship. It was then sold to the Zakspeed team, who continued to campaign the car with considerable success in the DRM and Interserie championships. Its final outings came with Mike Baretta, who raced for the the Victor Dauer Racing Team in 1986. Baretta would continue to own the car through to 1997. It was then acquired in highly original condition by former racer and Lola owner, the late Martin Birrane. He had the car comprehensively restored to the configuration and livery used by the factory team during the 1982 season. Early in 2019, this, the most successful of all C100s, was offered by Duncan Hamilton ROFGO.
https://www.ultimatecarpage.com/car/7284/Ford-C100.html 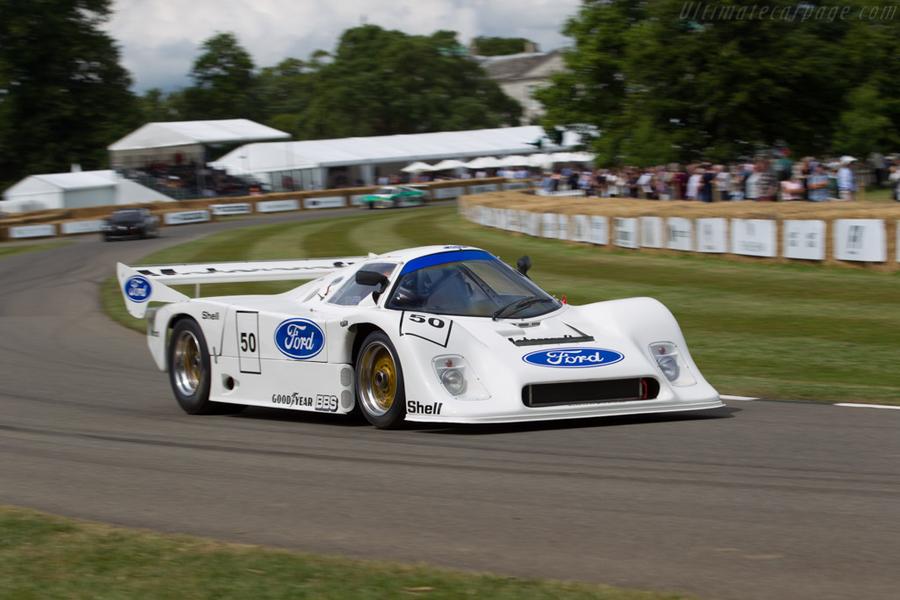 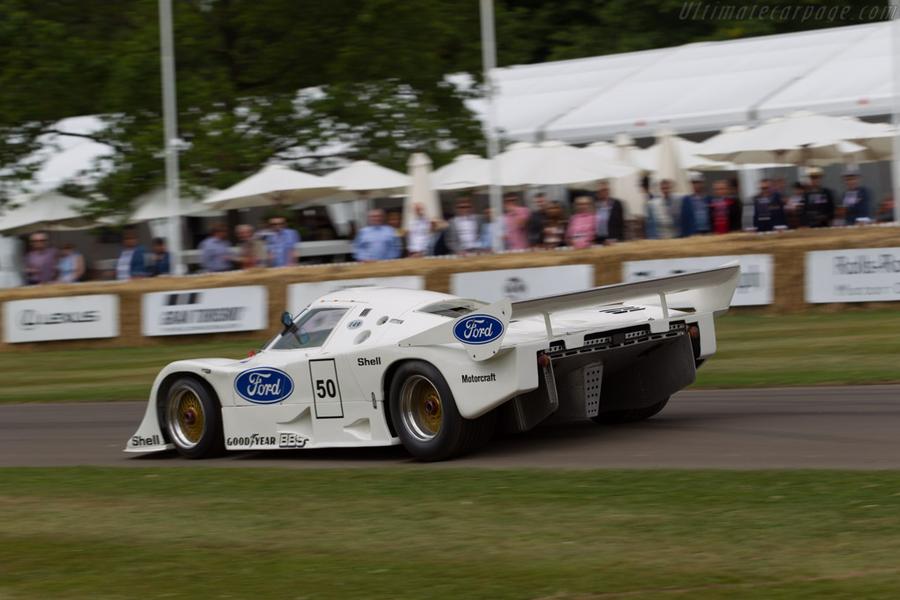