First race on Tokyo Expressway – South Outer Loop was struggle between Simba2009Lora and bloodyboyblue. Poor gu1tar3rich crash the car early then had bad pit stop race was ruin there. In weird way bloodyboyblue was a bit faster with broken car. He said got like downforce with the damage, the truth is out there for sure 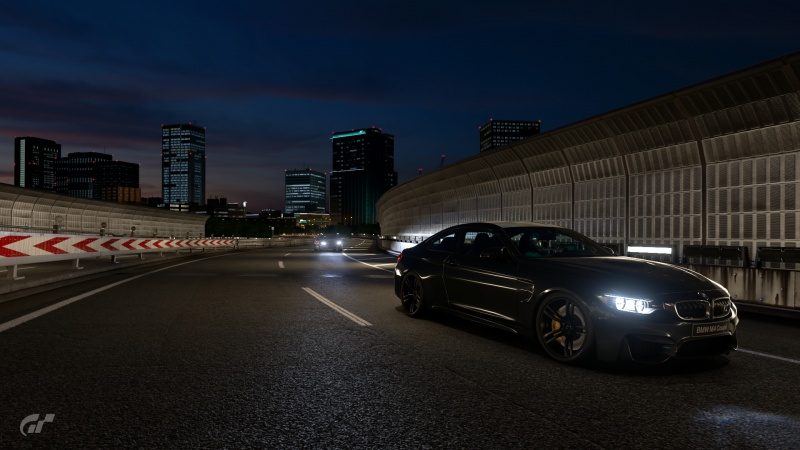 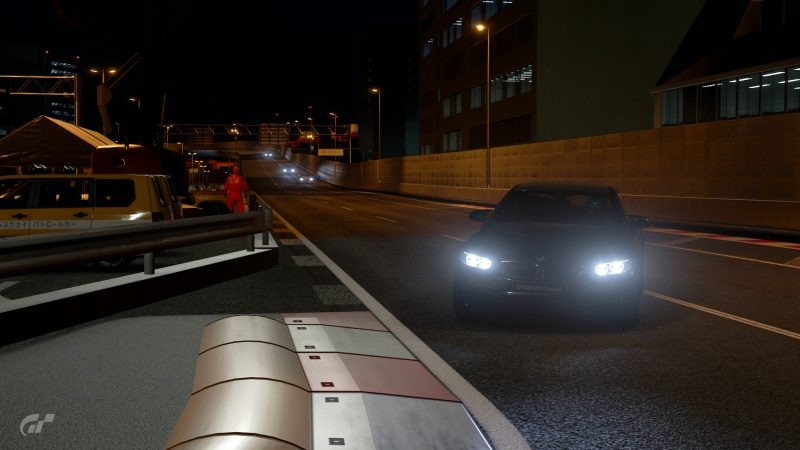 bloodyboyblue with nice Nascar livery went in pit before Simba2009Lora >> 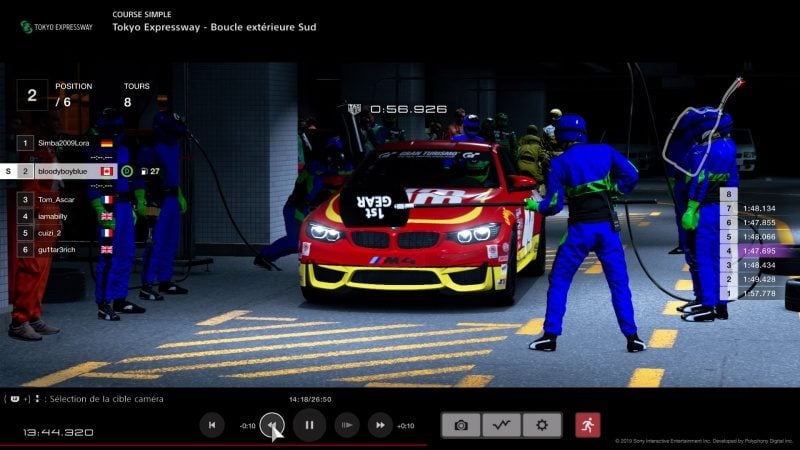 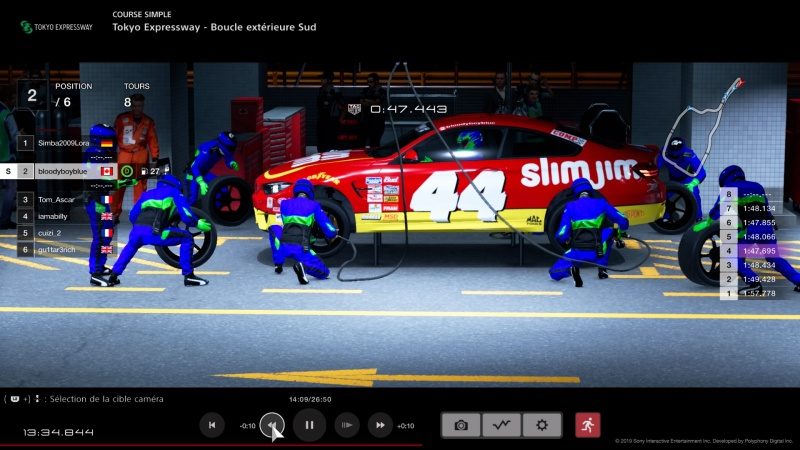 he toke over Simba2009Lora right on pit exit next lap >> 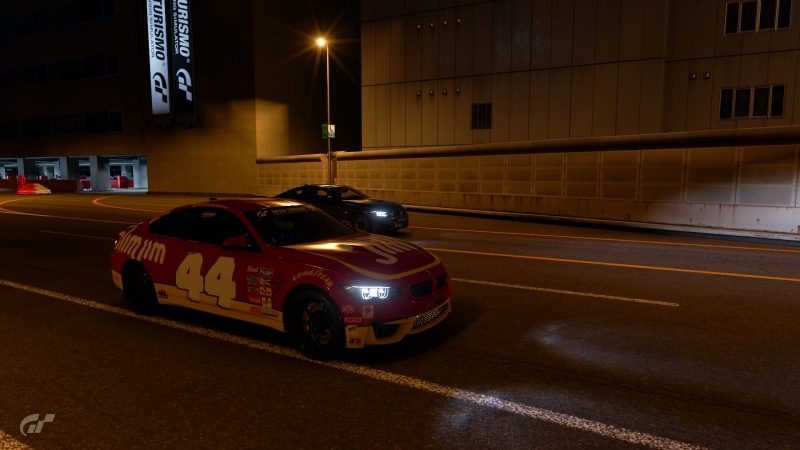 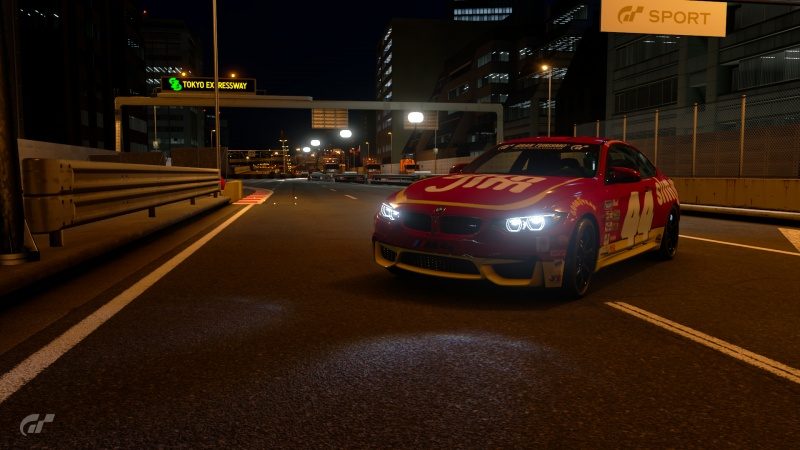 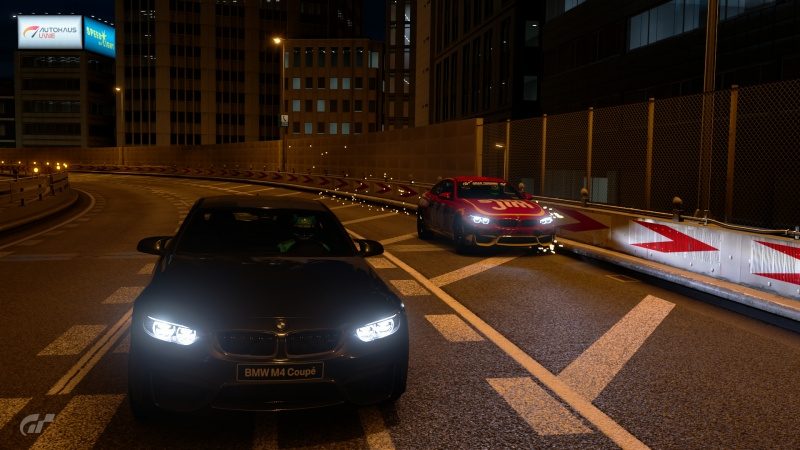 The second race on Broad Bean Raceway was a round and round kind that's what oval racing is. On the finish line gu1tar3rich got
Tom_Ascar who had to save fuel with damage car. 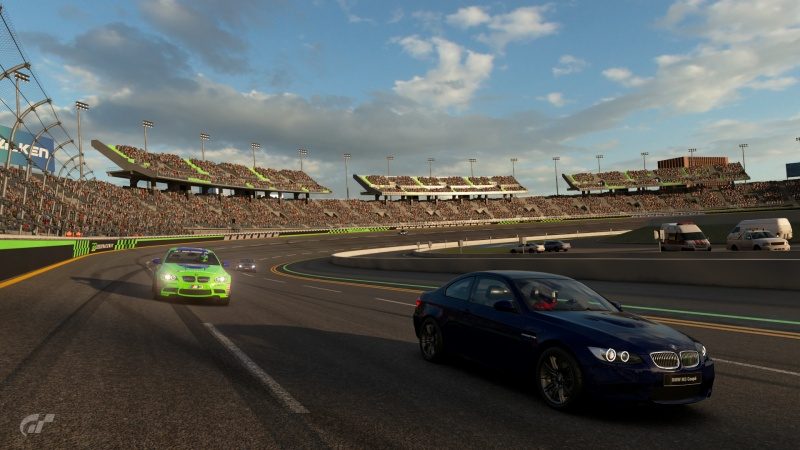 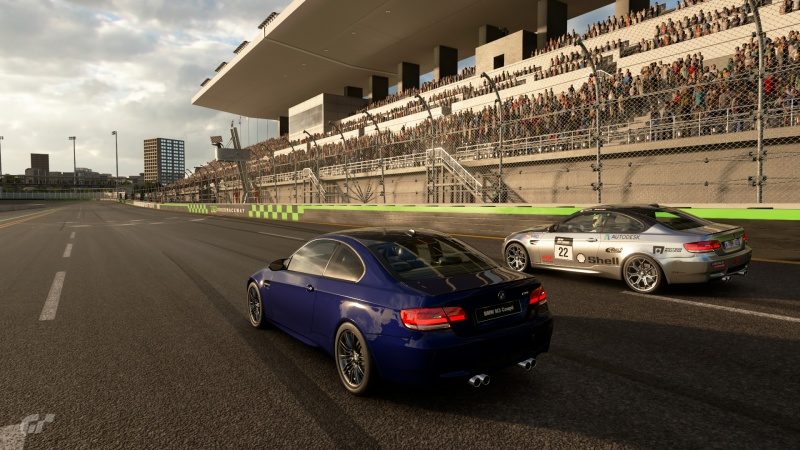 ​
see you on track 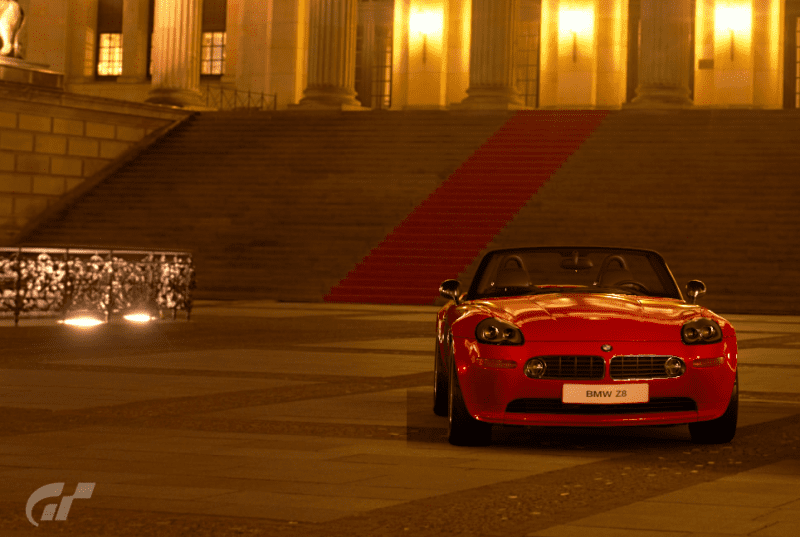 ​
Here we are Sunday Cup is back for few races started with BMW Z8 on Dragon Trail – Gardens II. 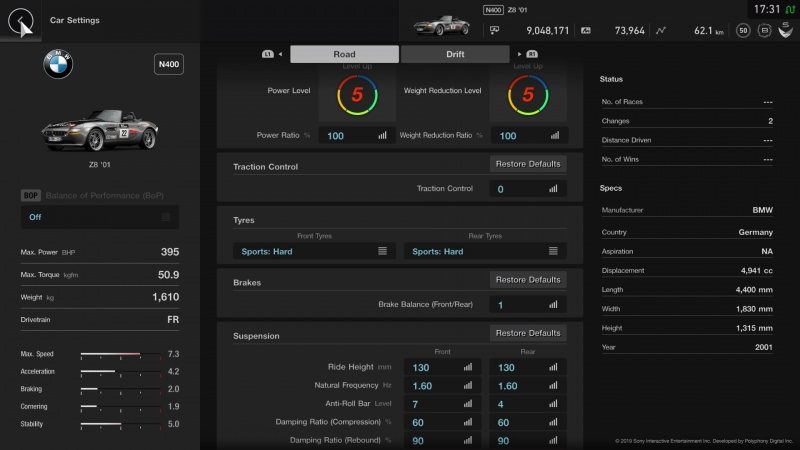 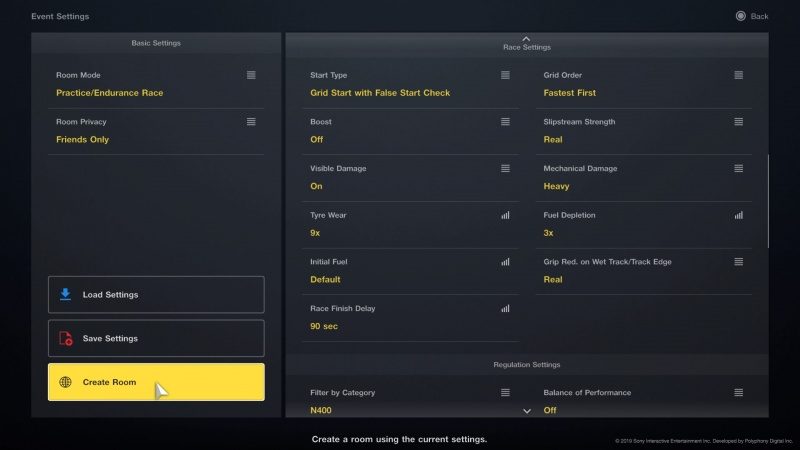 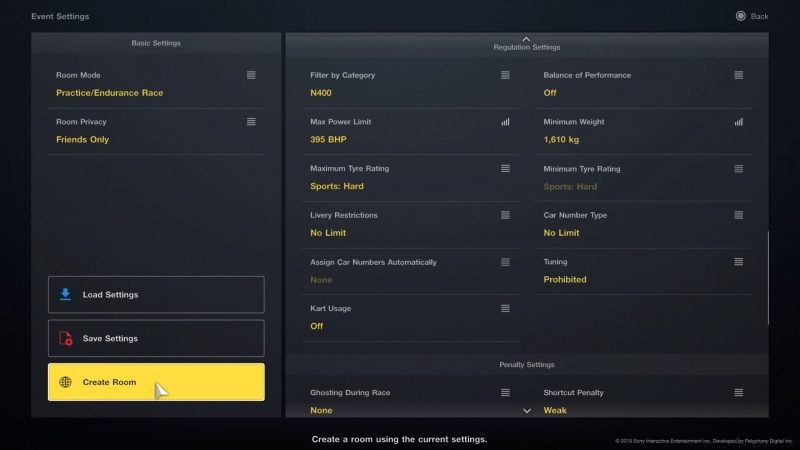 Last Sunday was not what we expected. At half race PSN decided to disconnected us.

I will reprogram the race April 14 the 20 minutes what we had where very promising. It took few lap close racing for @fadmad and @richroo to know who will lead the pack. Then @e_Tom step by step manage to get close to @richroo and unfortunately we did stop there ...........

Unfortunately Round 7 was cut by PSN

hope to see you on track

Hey Tom ,
Not going to make it for re-round 7

Unfortunately I will stop Sunday Cup because round after round people seems to beein losing interest and left the building. I knew that opening a gathering on Sunday would be difficult, we all have things to do on Sunday family, TV, party, sport etc ……………

e_Tom
Unfortunately I will stop Sunday Cup because round after round people seems to beein losing interest and left the building. I knew that opening a gathering on Sunday would be difficult, we all have things to do on Sunday family, TV, party, sport etc ……………

Hang in there. After 8 years of weekly races I still only have about 10 to 12 regulars that show up each week and about 13 to 20 that show up once in a while.

Thank you for the support. It came at the right time when I was about to quite.

You will find so many that say they are wanting to race, saying they will commit, race once maybe twice, or even one league, and then never see them again. For many this is just another video game in their collection thats new and hot and then they move on to other games. Thats fine too but just keep opening public lobbies to meet as many people as you can. 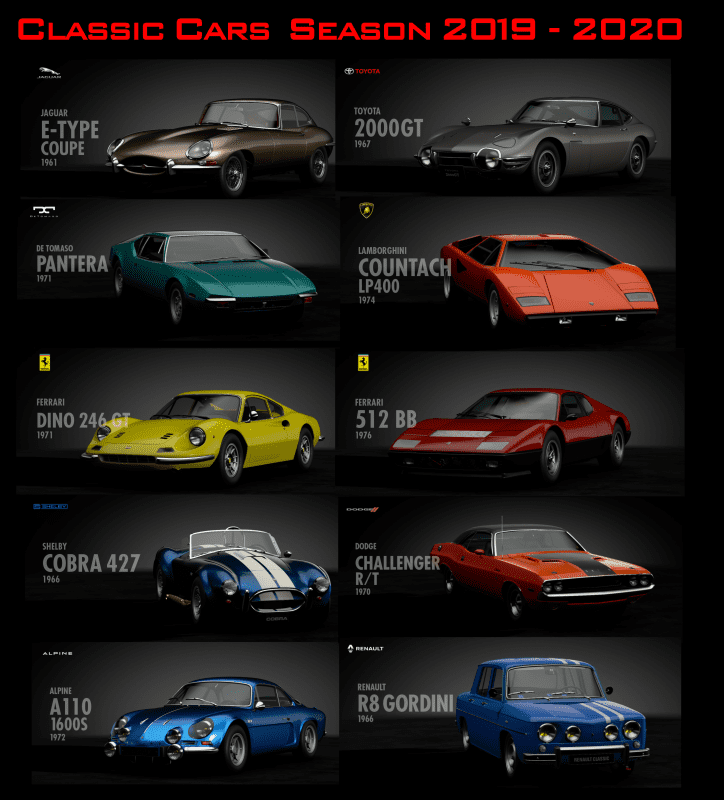 Race settings and Organization >>
Sunday Cup Classic Cars Season 2019 - 2020 will be 2 endurance races 30 minutes Qualify 5 or 6 Minutes (depend on the track) so each Sunday we will drive 2 cars on 2 races both with Qualify.
The event will take place on Sunday Afternoon (17:30 CET 16:30 UTC - BST)
In case some drivers enter the lobby after Qualify is started they will be allowed to join, jump in fast as they could and make their best on track, it will be no restart for anyone or any reason after Qualify is done and race as started in good condition (except for lobby malfunction such as lots drivers frozen on grid or lots players disconnected during first lap only). No restart for anyone joining lobby after race as started. 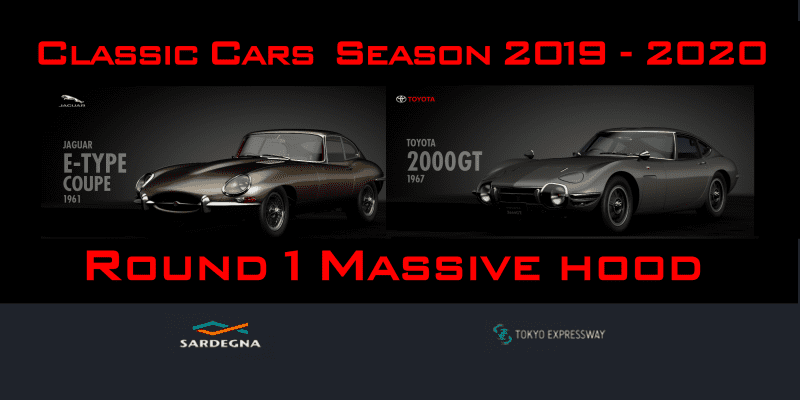 Hi guys, would it be possible to join in please? I am 62 years and currently race with the Geezers on Saturday and Sunday. My son in law may also be interested although he is still newish to the game, about 2 months.

hope to see you

See you on track folks

This Sunday we did enjoy a fun gathering on track in Friendly Races community.
One network trouble came by at second race start to remind us that we where still playing on the PSN.

Any way that was a nice event with great racing and good peoples.

As we could have expected lots of cars lost grip and slide on grass.
We were all in the grid impatient to jump on the green so at first corner happened what was supposed to, an incident involving Tom_Ascar who did his best to avoid BuyBon unfortunately ZeFiX_DarkDreck could not avoid Tom_Ascar who got lucky that the car wasn't broke, in that crash gu1tar3rich didn’t had that luck and was forced to pit on first lap.
ZeFiX_Xidivoo who was the fasted and most regular driver manage a comfortable gap and won the race with no difficulty.
BuyBon took the 3th place from the start and manage to keep it till the finish line. After the pit Tom_Ascar pushed he’s car to finally arrived in BuyBon mirrors, but he forgot to put enough fuel had to pit again and was almost overtook by FLAVIO3003217.

First corner is that massive hood or not 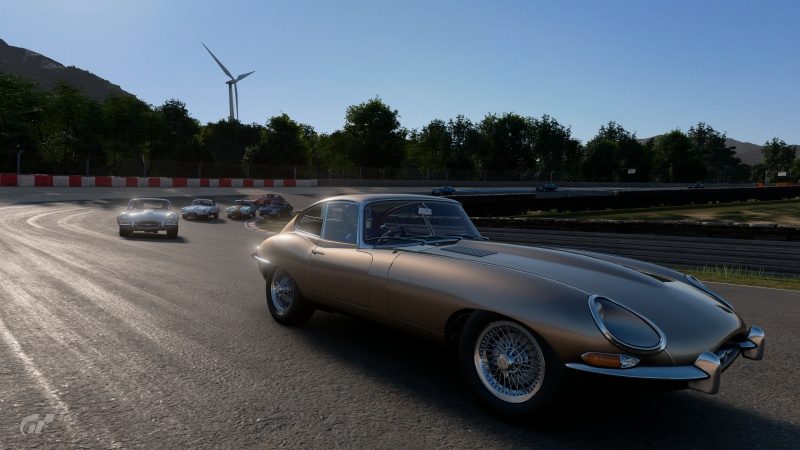 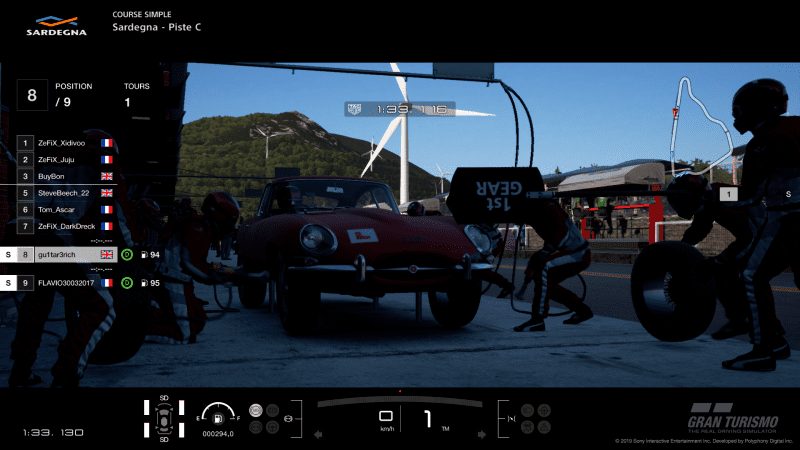 As we could have expected lots of cars lost grip and slide on grass. 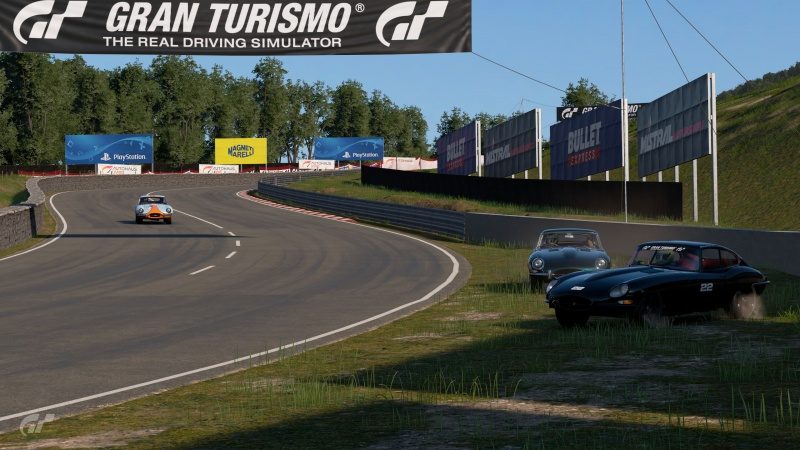 For the second race after the Qualify we had troubles with a restart that turn in a lobby disconnected. Some drivers chose not to rejoin the new room and we did start with less peoples.
Simba2009Lora had a good start and make the gap with gu1tar3rich on first lap.
Those 2 guys had the most amazing fight during all the race at pit, on track and until the last lap where on that one gu1tar3rich was on fire like ever and finally that payed. Poor Simba2009Lora run out off fuel 200 meters from finish line and gu1tar3rich pass him almost on the line.
In the group behind Tom_Ascar had another race incident and got his rear transmission broken bad day for him. We can say that on both races BuyBon was pretty regular 3th and 4th well done. 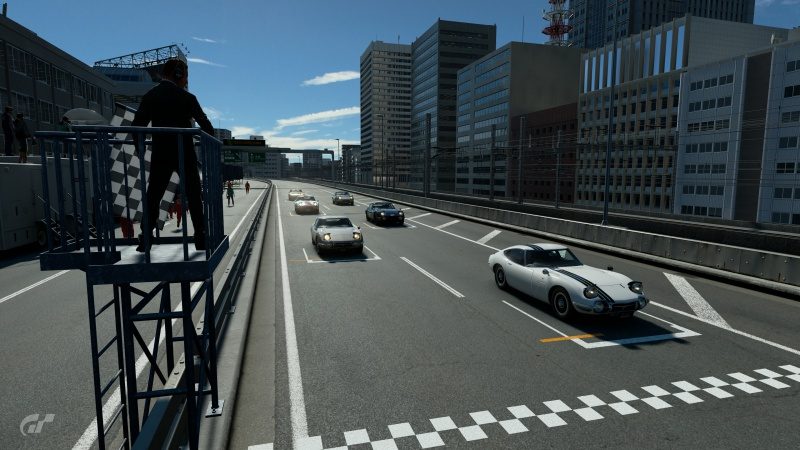 Still massive at the chicane 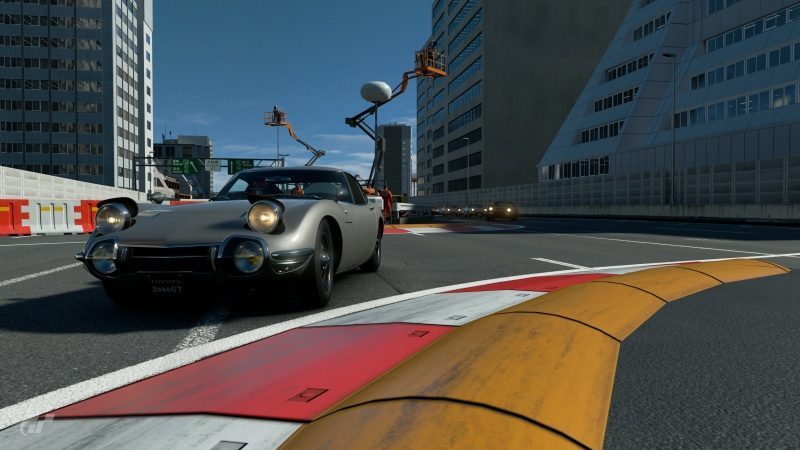 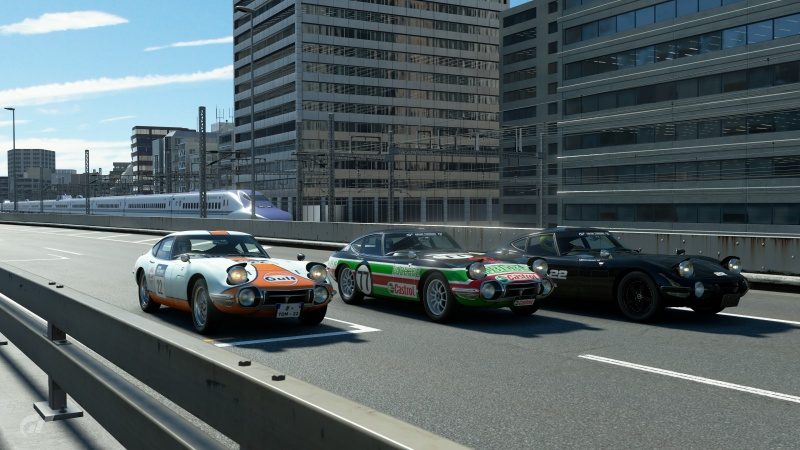 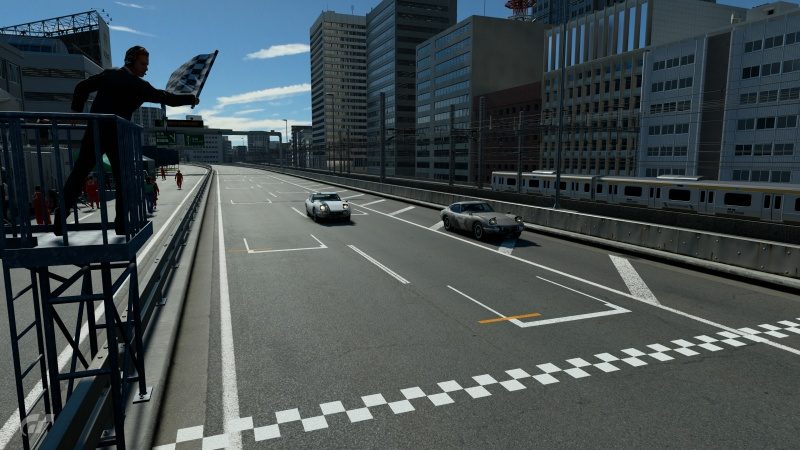 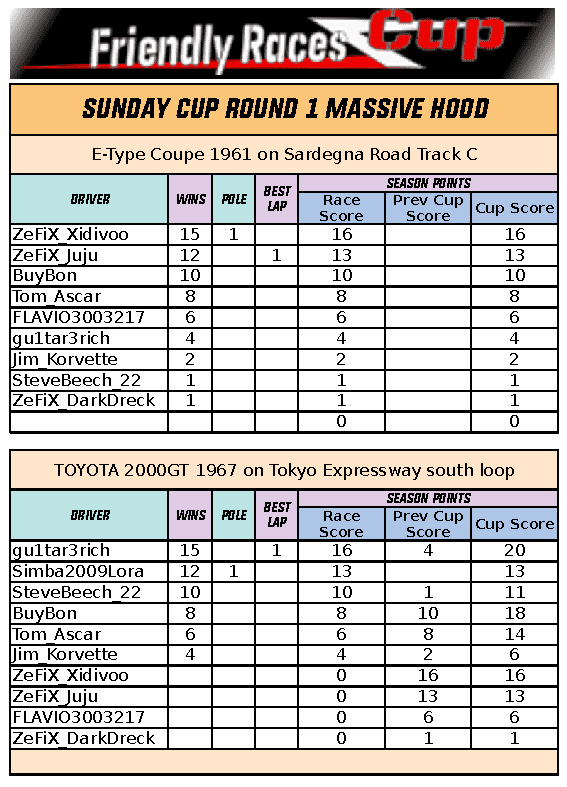 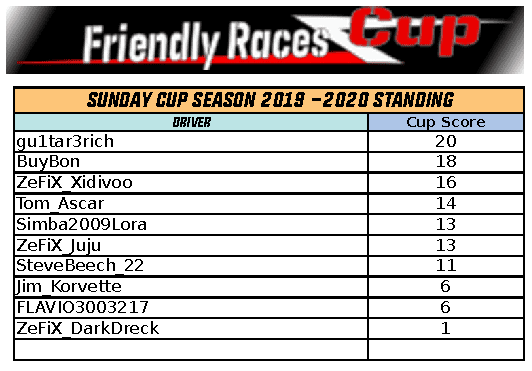 Great racing again had fun .
Thanks for organising this @e_Tom
S

Really enjoyed my first 2 races with you guys. I messed up a few times in the first race. Note to self, I need to practise the car and track we are racing!

Second race was much better as I had practised half a dozen laps or so with the combo and, although not as quick as some of you guys, I managed to get some consistency and got myself a 3rd place. Looking forward to the next races.

Where are we racing next?

SteveBeech12
Where are we racing next?
Click to expand...

What are the track and car combo's for the next Sunday cup races Tom and when is it?
Last edited: Sep 10, 2019

The next Sunday cup are in October 6
You have the cars on advertising picture
DE TOMASO Pantera 1971 (N300) Willow Springs : Big Willow
Countach LP400 1974 (N400) Circuit de Sainte-Croix B II

Lancia Stratos or Countach? Stratos is not in advertising pic?

SteveBeech12
Lancia Stratos or Countach? Stratos is not in advertising pic?
Click to expand...

Hi guys I did start a pol in order to get the best timing for the Le Mans Racing event on Saturday.

Unfortunately last Saturday we where only 2 drivers in the room so we decided to post pond the event and to ask all off you about your preferences regarding to the timing schedule.

Thank you for your responds

Hi guys this is the racing scheduled for October 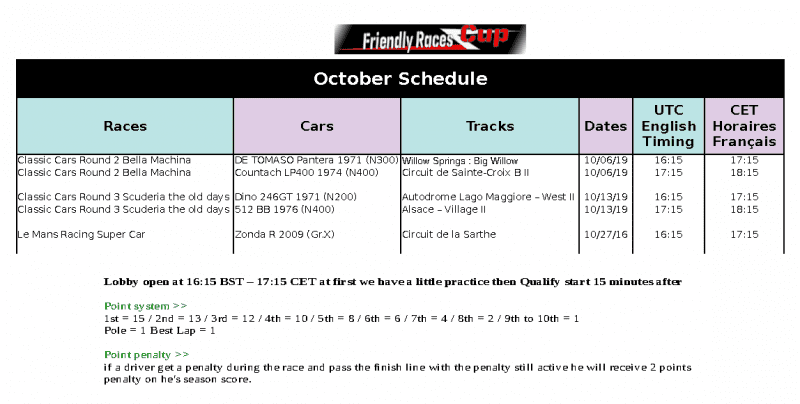 Hope you could make it 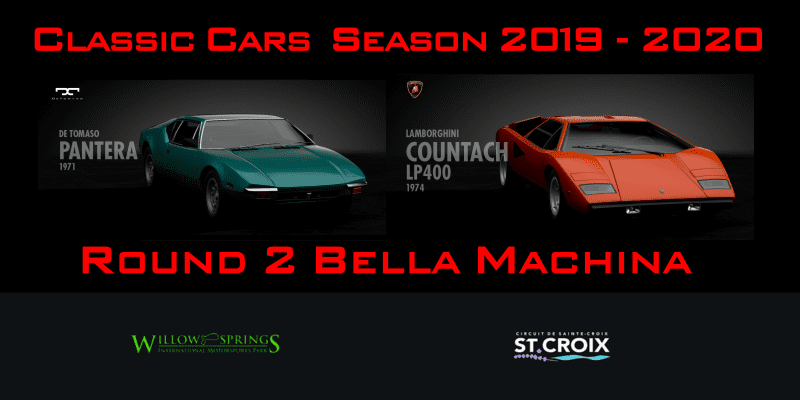 After the first Round we are on again for our monthly reunion on Saturday it’s been a long time and with new drivers joining the crew let’s race clean and close as usual all regulation and rules here.