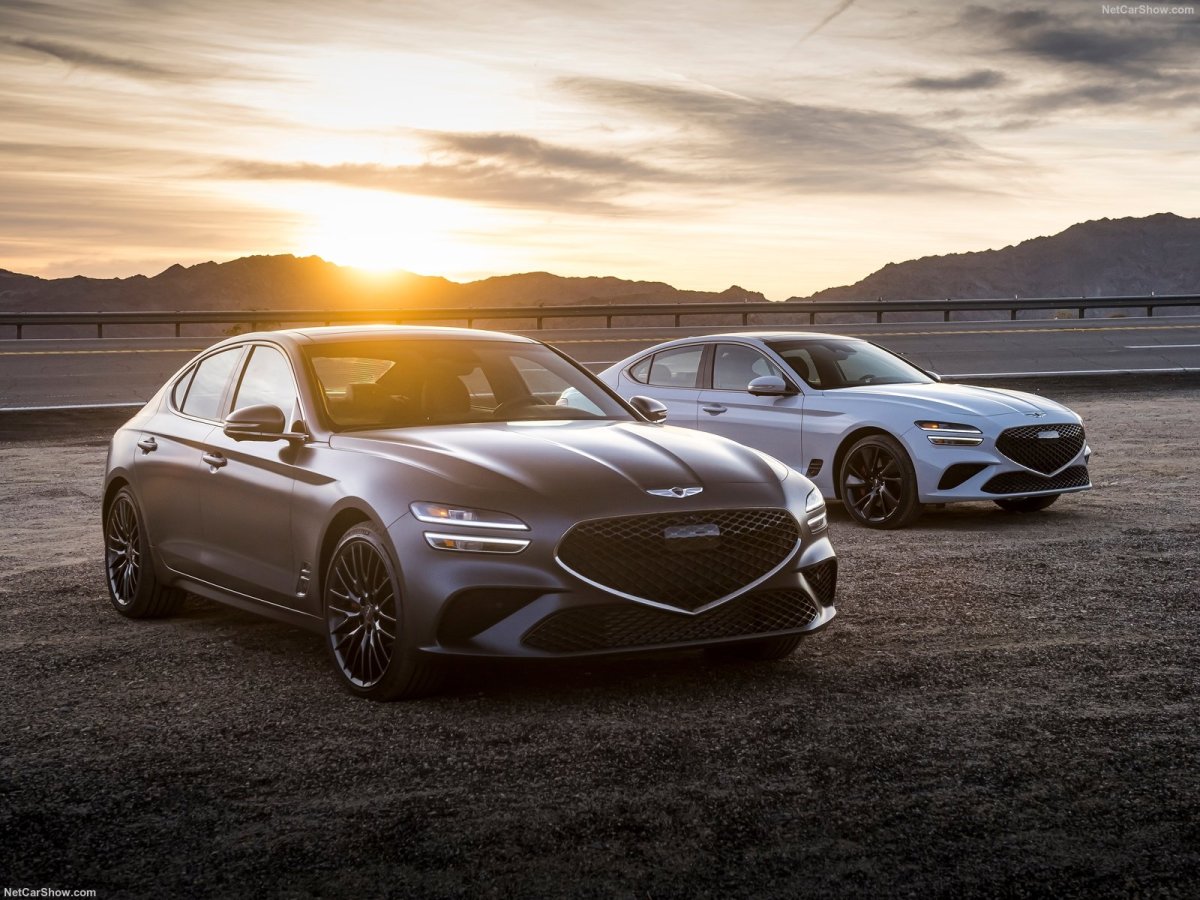 The Genesis G70 has never been a slow car. The same will most definitely be true for the new generation since it carries over the engines of the previous model. There were speculations about a 2.5 turbo-four coming on board, but those were quickly dismissed.

Power still goes to the rear wheels and optionally to all four through a smooth eight-speed automatic. The 2.0 Turbo also gets a six-speed manual. With the V-6 you are looking at a 0-60 mph time of 4.5 seconds.

The new Genesis G70 succumbs to the now common trend of brands making their models look the same. The G70 is now further aligned with the brand’s “Athletic Elegance” design philosophy. We first saw this iteration of the design on the G80 and since it has spread to other Genesis models. The most athletic of Genesis cars has now the distinctive Genesis front end, boasting a two-piece split headlight design, and diamond-shaped front grille, accompanied by larger and more-pronounced side vents.

On the side, we get a new rim design and different fender vents. The silhouette remains the same with only subtle changes being made, in order to distinguish the newly revised G70 from the earlier model. We still get the familiar long hood, short overhangs, and muscular but elegant back end. The rear continues with redesigned taillights. They continue the same two-piece design from the headlights. Because of this, you have the impression that the headlights and taillights are connected by an invisible line that spans the entirety of the car’s profile. The head and taillight design is actually inspired by the wings in the Genesis logo.

The refreshed sports sedan also gets a new diffuser which now accommodates the number plate and is contrasted by a chrome line at its lower portion, hinting at its luxury side. This is further emphasized by the Genesis sign on the trunk lid which takes the space where the license plate used to be on the previous G70. The end result is an even sleeker look that still underlines the sportier nature of the premium sedan.

The dynamic elegance theme continues inside, where we have a driver-focused cockpit. An extensive amount of leather and high-quality materials have been used throughout the interior, so your time in the G70 can be as pleasant as possible. At the same time, everything is at a finger’s distance, with logically laid out buttons. The very responsive 10.25-inch infotainment screen with exclusive Genesis UI design features the latest in connectivity, including over the air updates, Apple CarPlay, and Android Auto, among other features. The infotainment screen, with its different design, is the only noticeable change inside the G70. The rest of the interior remains largely the same, as there really isn’t much to be improved upon. 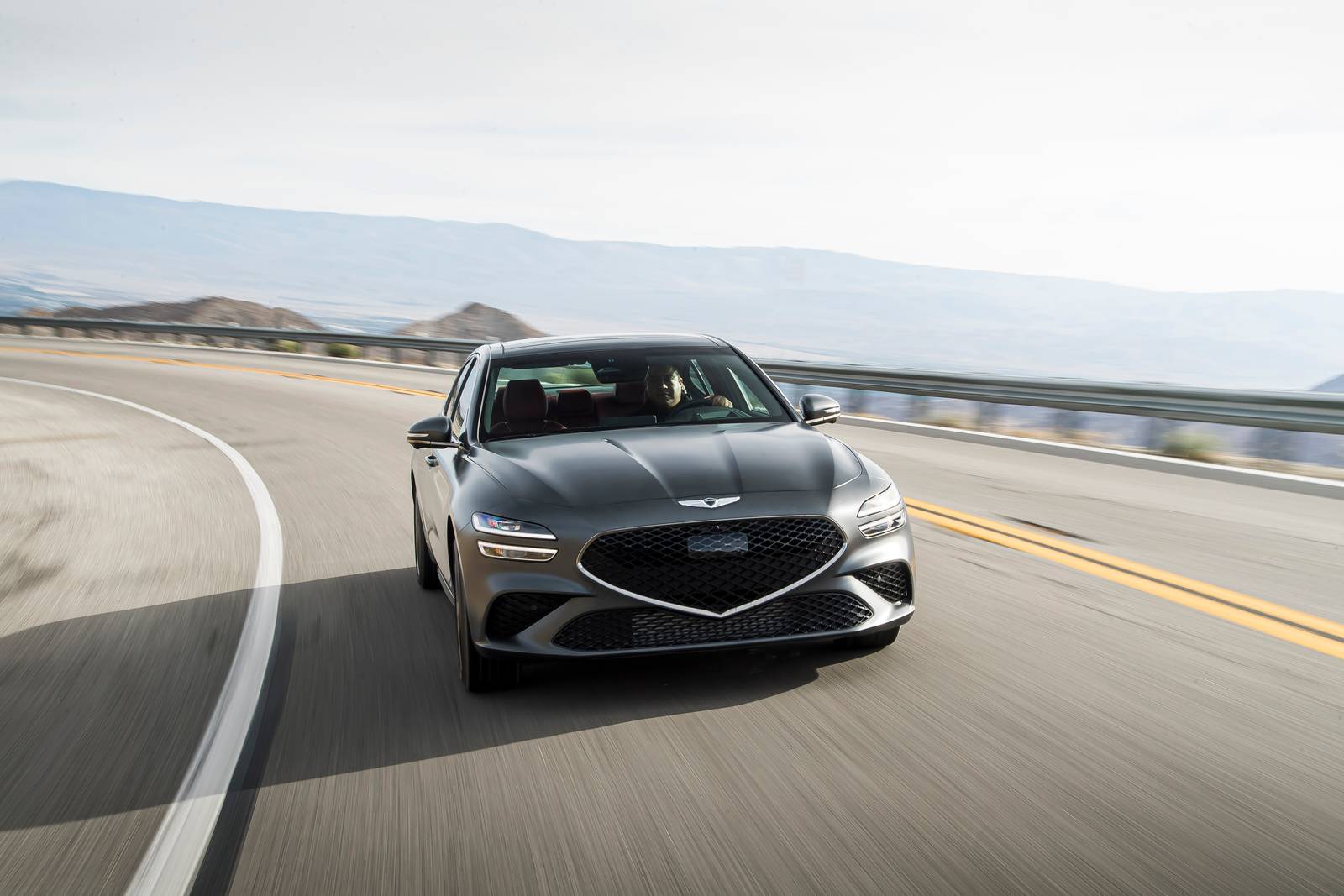 genesis just pushed the g70 even deeper into luxury territory - is it enough to give bmw, mercedes, and audi a run for their money? 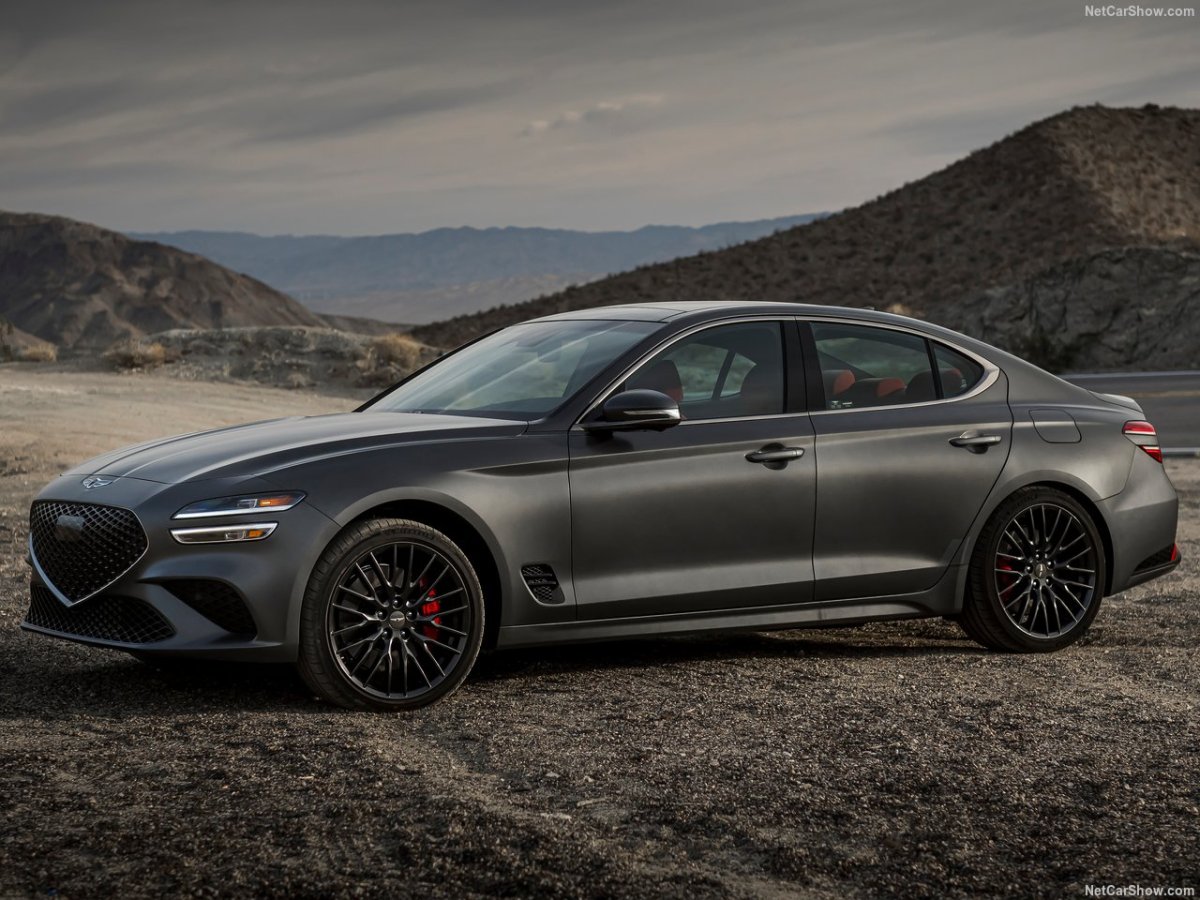 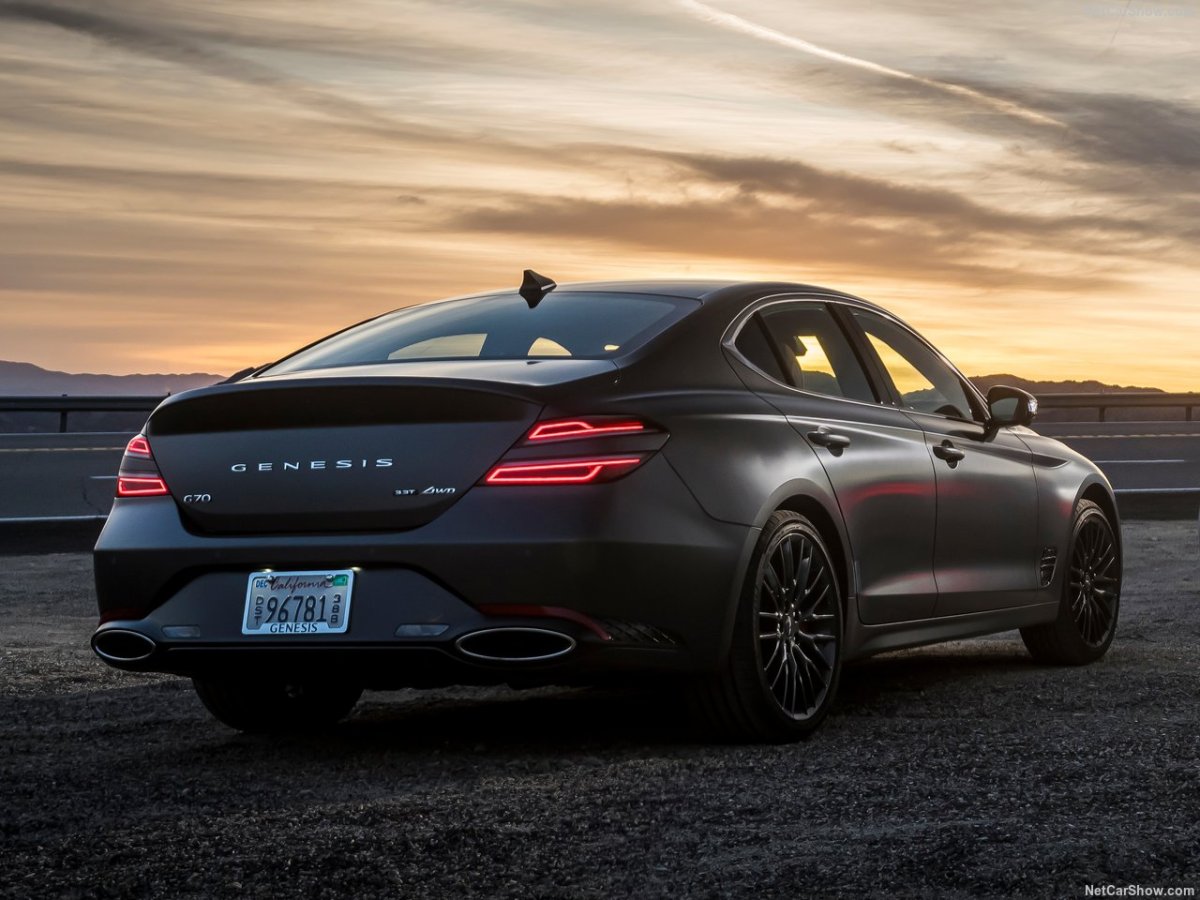 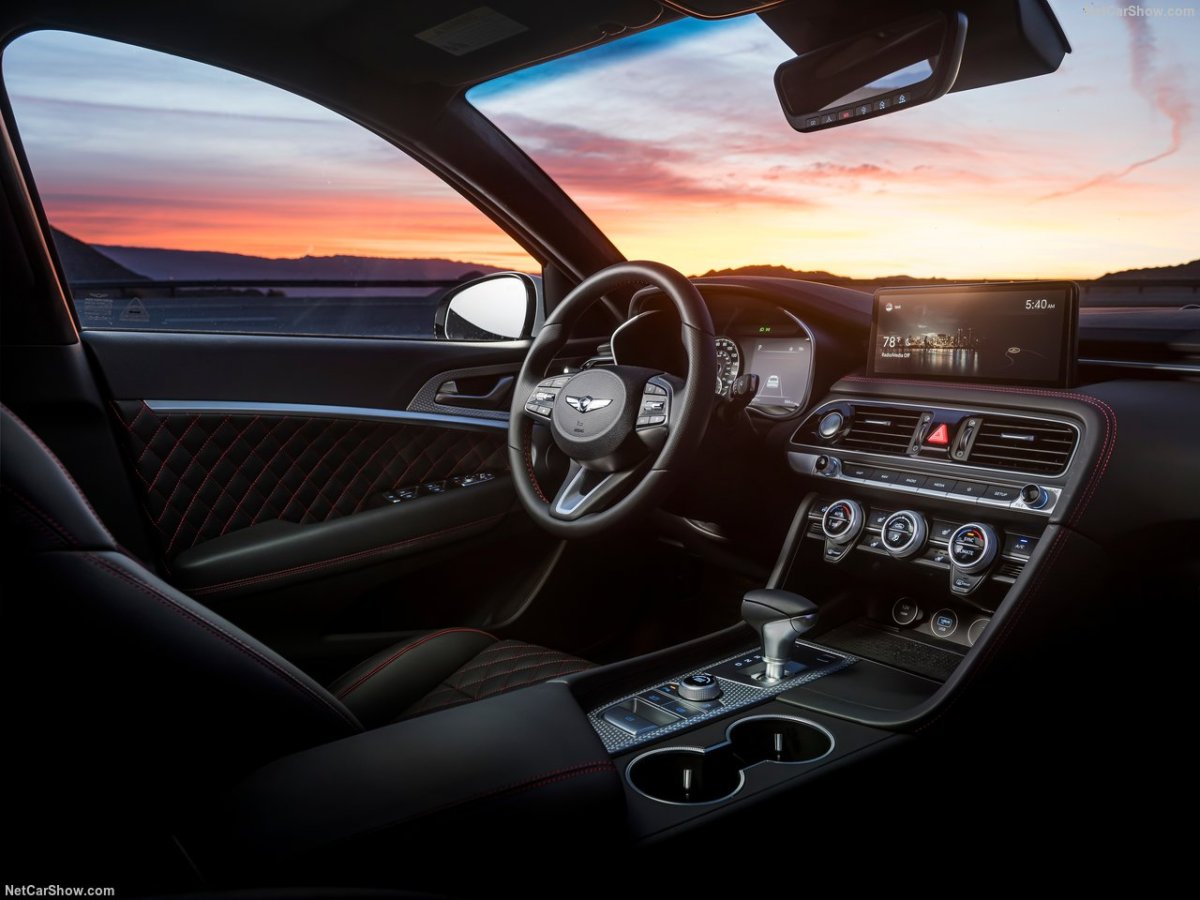 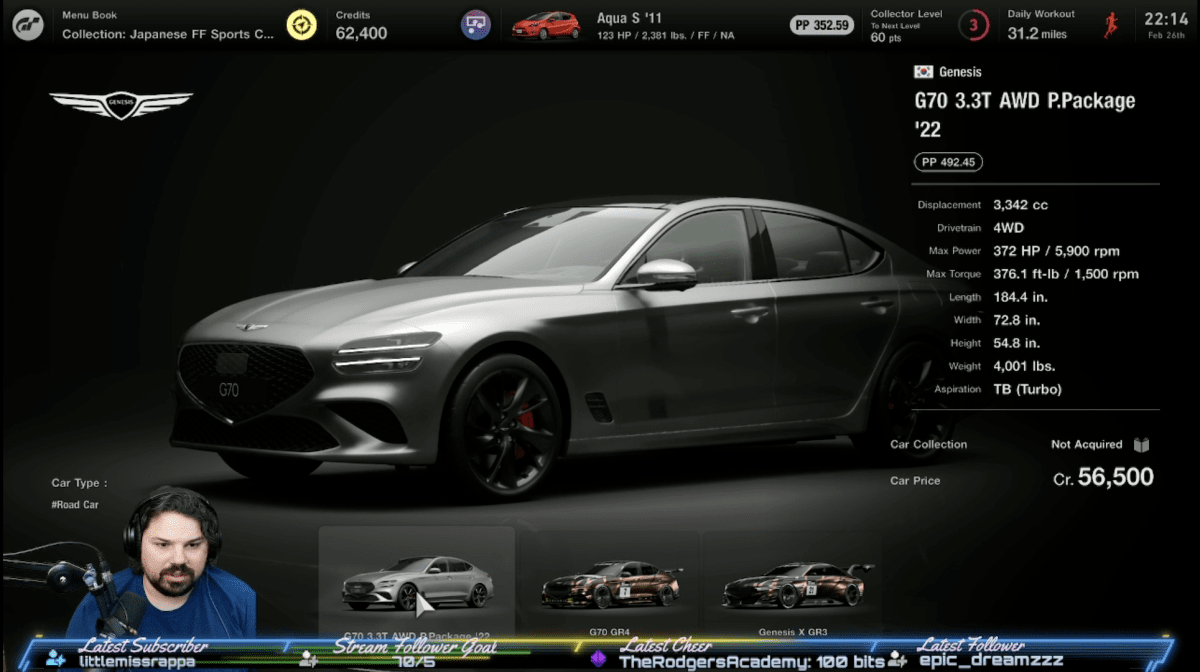