Where horsepower echoes in the mountains

Ryan Sandall
13 is Saint croix I'm lead to believe
Also you have 2 number 13s I'm not sure what the one is further south
Click to expand...

The one further south is Sardinia, the line between the number and dot makes it look like 13 though.

I liked it in general, but I noticed two unacceptable things for the next generation:


Will my biggest nightmares (in terms of graphics) continue to haunt me in the next generation?
S

Check out the dot next to the Colorado Springs location. It's in Utah. Right near Utah Motorsports Campus?

I'm so beyond pumped ladies and Gentlemen! I can't wait to upgrade!

AllMightyVTEC
I just looked and approximated the rough location, and although it likely is Sainte-Croix, it could also be Paul Ricard
Click to expand...

True but Saint croix is in the game and Paul Ricard isnt, and I don't think they have announced new tracks for ages they like to particially recycle
Like even from GT6 they could have bought Monaco, Silverstone, motegi, indianapolis and even Ascari but looks like no new tracks from that maybe some more dots will appear later in its development

Ferraridriver27
And then there's this interior shot:
View attachment 929536
The speedo goes to 240, coupled with the steering on the right it leads me to believe that it's an European car. But neither the ones present in GT Sport nor the winners of the Pebble Beach trophy seem to fit.
Click to expand... 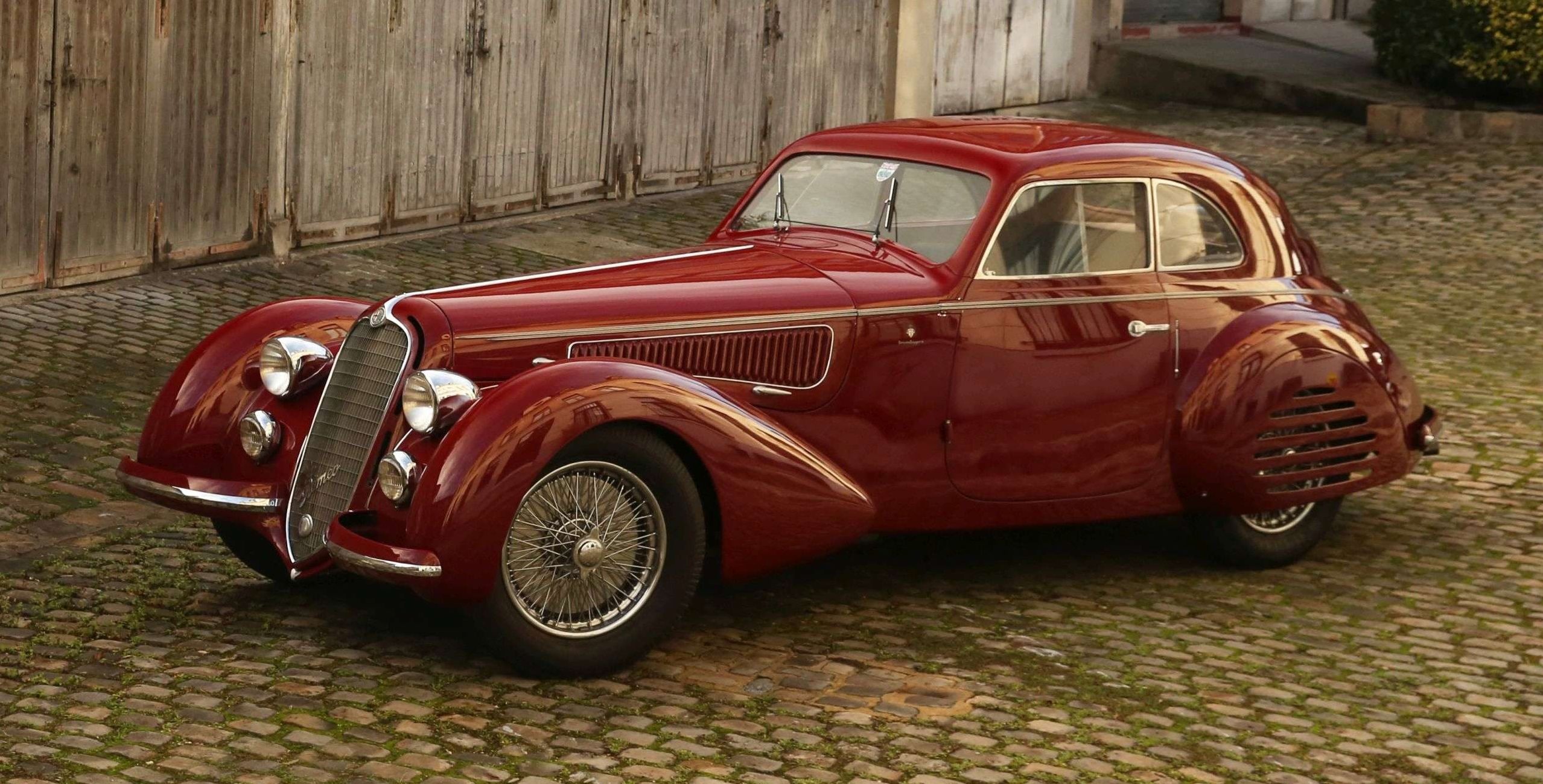 Just realised they changed Trial Mountain, my favourite fictional racing circuit in any video game... the rest of the game looks quite good, especially the classic campaign focus, but the fact that old Trial Mountain is gone makes me sad.

Hope they add the old one as a variant.

Where horsepower echoes in the mountains

Interesting trailer. Obviously the game is in development but it's interesting that they would publish a trailer with errors in it. There are spelling and numerical errors in the menus and some wording is very awkward in English.

Quakebass
So Trial Mountain is officially located in the US according to GT cannon:


Which means, canonically, Nessy is an asset of the Scottish government used to spy on the US.
View attachment 929486

Also, sadly, I see no red dot in the northwest corner, so probably no Seattle (at least for now).
Click to expand...

- Daytona confirmed
- The track in Texas is surely Texas Motor Speedway in Fort Worth.
- The track on the front range is probably Pikes Peak near Colorado Springs.
- Arizona's southern border is probably fantasy because I can't find any decent tracks or proving grounds there.
- The one in/near Utah is oddly close to Bonneville. Based on the topography, it's definitely set very close to Salt Lake City, although Bonneville's actual location seems to be a little further south than the red dot.
- Willow Springs in southern California is visible, as is...
- Laguna Seca on the coast near Monterrey.
- But north of Monterrey is a dot in San Francisco, and there is no track there. Fantasy city track?
- The dot to the east of San Francisco is right about where Yosemite National Park is. (edit: I didn't watch far enough but apparently Trial Mountain is confirmed to be in or near Yosemite National Park.)

My only gripe with any of what I'm seeing is that the cockpit sense of speed seems really slow compared to GTS.
Last edited: Jun 12, 2020

Nomadpt1
As long we have the livery editor than it's fine
Click to expand...

I’m sure they do in the GT Auto section.

Am I the only one that hates gran turismo's HUD? they have been so boring starting from GT4.
I really miss the analogue GT1,2 and 3 style, with the rest I feel like Im just looking at stats or live telemetry.

Soooo is no one going to talk about the menu music in the extended trailer? Sounded like a guitar, which can only mean...

Having now seen the trailer I noticed a few things: 1. Is the livery and/or track editor gonna return? 2. Trial Mountain looks even more dangerous in 4k, very sly there with the "Recently renovated" there PD.

From what I can tell from the menu is that GT Sport Live will carry over from GT Sport.

I’m going to go out on a limb here and suggest that PD are going to run GT Sport and GT7 games in the same online tournaments.

Putting two and two together means that GT7 will have GT Sport’s online system.

What that also means is that what you get in GT Sport right now as far as physics is concerned is what GT 7 will have. Huge bummer, no new tire model.

I fully expect GT7 to be an evolution of GT Sport, so if you are an online racer like me, do not expect anything different online. Same cars, same tracks, same tournaments.
Last edited: Jun 12, 2020

RustyCitroen
Just realised they changed Trial Mountain, my favourite fictional racing circuit in any video game... the rest of the game looks quite good, especially the classic campaign focus, but the fact that old Trial Mountain is gone makes me sad.

Hope they add the old one as a variant.
Click to expand...

With the massive increase in car count, it kinda had to be changed there. No way 16 cars were going to fit in a pitlane only for 6.
S

RACECAR
With the massive increase in car count, it kinda had to be changed there. No way 16 cars were going to fit in a pitlane only for 6.
Click to expand...

I get that, I'm more referring to the overall layout... and the fact that it's in the US surprised me, I always thought it was somewhere like New Zealand or Scotland, but the USA? Odd, but not an unwelcome surprise

RustyCitroen
I get that, I'm more referring to the overall layout... and the fact that it's in the US surprised me, I always thought it was somewhere like New Zealand or Scotland, but the USA? Odd, but not an unwelcome surprise
Click to expand...

Its basically the same but its widened and overall modernized, which is why the layout seems so different.

I am super excited right now. Thank you Kaz and the team at polyphony for making this a traditional GT game. That main menu looks fantastic (GT4 vibes) and holy ****! Tuning shop and used cars are back! Now....its some things im curious about.

•Can we mess around with the AI settings before going into a race?

•Will the use car dealership work like GT4? I hope so

•Anything new with the career mode? Maybe muti class racing, improved B spec mode and etc?

•Will the livery editor return?

•How many players will be able to race online? Hoping it's 24 players

•Is there actual weather transitions?

And man they brought back Daytona! Now if they can just give us the nascar's and I'll be set. Lol. I really do hope they overhauled the AI. 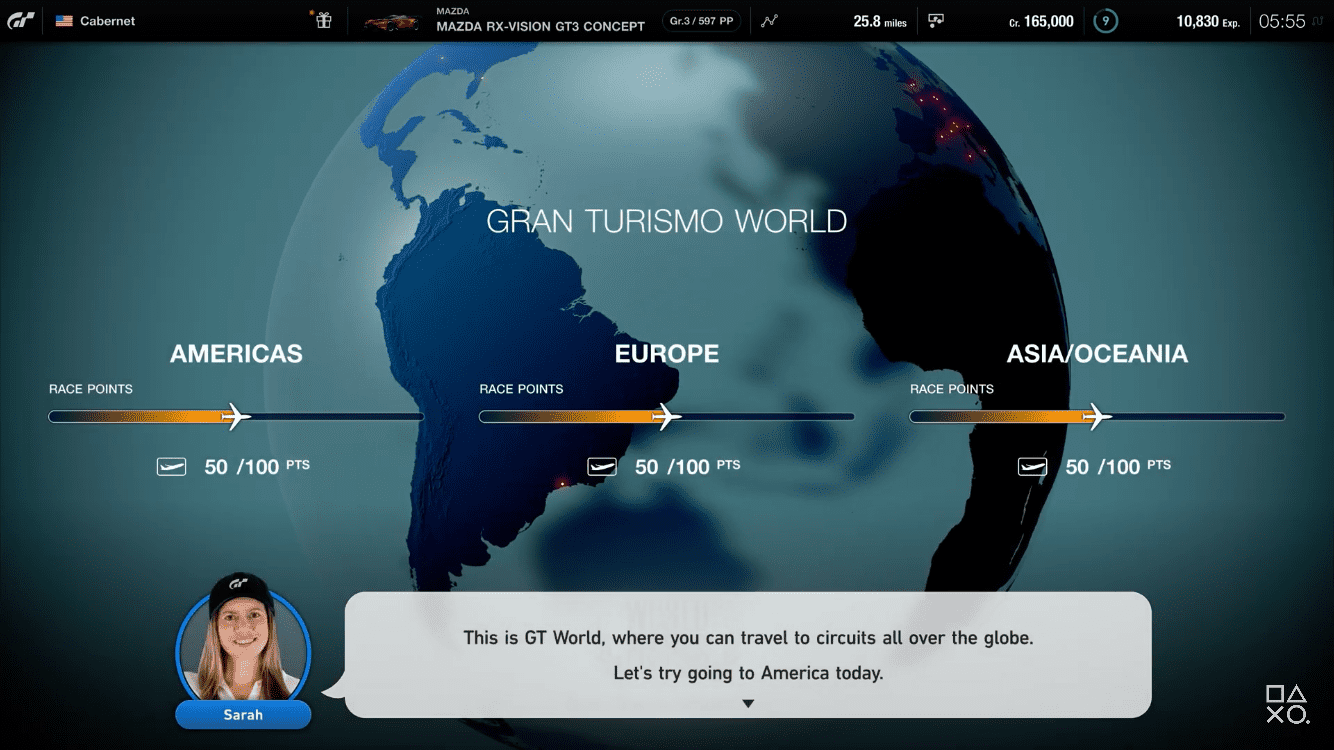 Hopefully I can carry over my progression, garage, and custom contents like liveries and decals from GTS

In regards to Sport Mode, while it would make sense for GT Sport and GT7 to be able to play against each other and I would like that, I also really hope it doesn't, because that would mean GT7 would be held back in the physics department and only tracks in GT Sport could be raced on. Plus, while I know it isn't confirmed, if there are features like dynamic time of day, it couldn't be used in Sport mode either since GT Sport doesn't have it. With how tuning works too between the games, I wonder how BoP would be applied since it looks like upgrades come from buying parts rather than the sliders used in GT Sport. This also makes me wonder about the release date, since if cross-play isn't possible, then the community will get fractured.

MatskiMonk
I would feel more relaxed if we saw a livery editor option on that home screen.
Click to expand...

Ryan Sandall
I guess NASCAR too surely?
Click to expand...

SuperKlonoaGT
Soooo is no one going to talk about the menu music in the extended trailer? Sounded like a guitar, which can only mean...
Click to expand...

Reminds me of The Need for Speed PS1 menu music somewhat

Oh yeah one last thing about that reveal trailer. Since I started playing Assetto Corsa on the PC more than GT Sport I’ve become more picky about proper car classes and balancing. Seeing the Porsche 917 racing with a bunch of GT3 cars makes me want to shoot myself now. Makes me wonder if that’s how the campaign’s going to be structured again with certain events confirming to a strict car list and some just allowing whatever is under the PP limit.

Damn it they better have made proper classes for the old racing cars or I’ll be a very salty waffle.