The demo of GT5 which is GTHD is out and on the playstation online store for free. Consider yourself lucky if you get it because I heard the game overloaded the playstation servers and they shut down or something.
Anyways screen caps from NEOGAF FORUMS

Also Ferrari included for all the ferrari fans.
A few videos on Playsyde Inlcuding Ferrari!
http://www.playsyde.com/news_3909_en.html 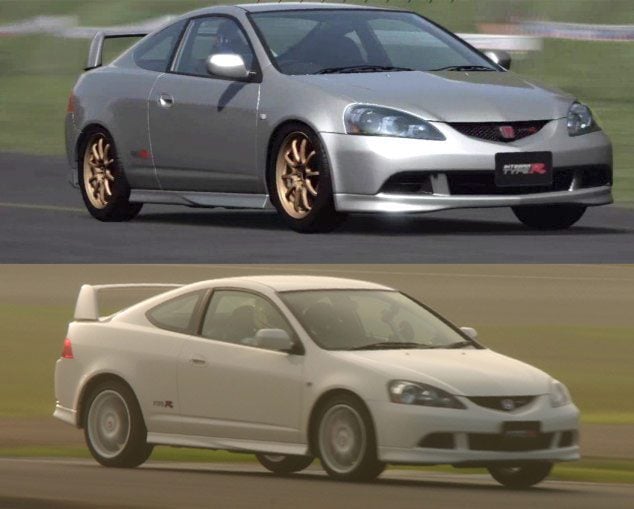 Yes thats INGAME NOT REPLAY BUT INGAME! (It had everyone including myself at neogaf fooled!!! 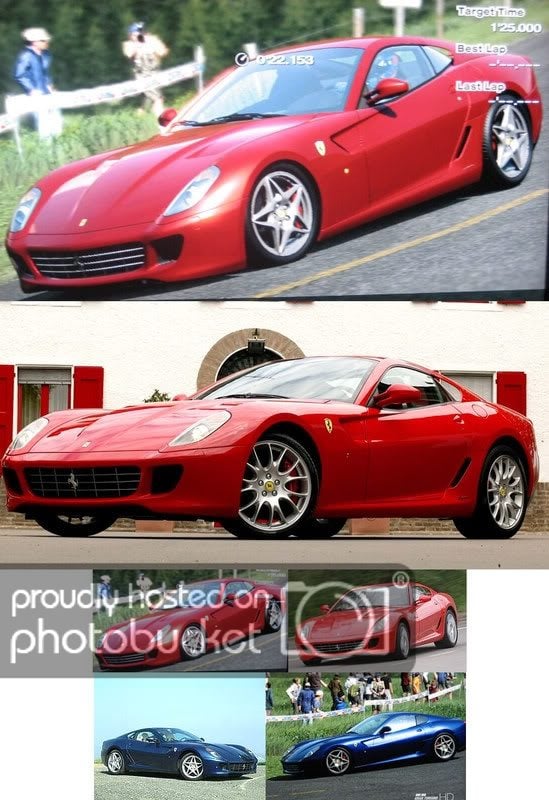 This is it for now I am kinda tired. I will see if I can post more pictures later on today or tommorw night. I am just amazed how nice this game looks!

I think there is a limit on how much you can put in a post so I will break it up into 3 posts.
AGAIN NONE OF THESE ARE MY SCREEN SHOTS!

Ahh what the hell I guess I might as well post more pics up. I am still blown away by how badass it looks even with all the jaggies lol. 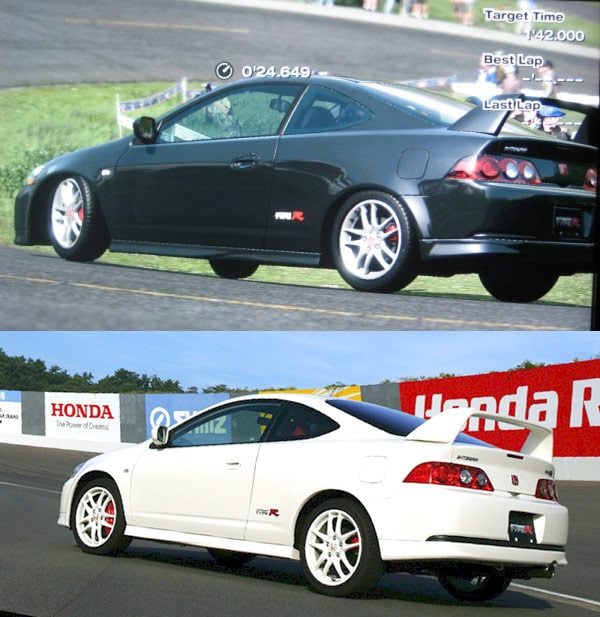 Can you say Roll cage?

Aight thats it for now more coming in from the Official Playstation forums in a sec.
P

Crap sorry guys I forgot to post some information about the DEMO!
TAKEN DIRECTLY FROM NEOGAF FORUMS.

Specifications
1080p@60fps (Highest settings this game will run at, notice the 60fps

Game Modes
[Time Trial]
Player selects a car and must complete the Eiger Nordwand course within the target time indicated at the top of the screen. Each time the player beats the target time, a new car is unlocked and made available for selection. Upon unlocking all of the cars, the player can access tuned cars, along with the option to race Eiger Nordwand in the opposite direction.

[Drift Trial]
The player's drifting technique is tested, rather than their lap time. The player earns drift points based on their drift angles, racing lines, and speeds within evaluation zones located at various turns on the course. For each evaluation zone, the results are based on the number of flags and a numerical figure. The point total from all zones determines the player's drift points for the lap and is counted toward the rankings.

I havent been on much lately since I have been somewhat busy but Happy Holidays GTP!

Wow, those pics are just beautiful.

The first picture of the Evo IX struck me the most.
D

Incredible!!!!!!!!!
Now, if only they could put as much effort in the audio department.....
(ie. the engine's music, the annoying tire sqeel, and that annoying racing tranny)

but really, the noise does need some improvement....maybe also some car damage?

I did do a sound comparison today. I found a revving Ferrari 599 video on Youtube, and then i used the 3rd person view ingame, and at the same time, revved it according to the video. The sounds are actually pretty close, but it does lack the that little extra punch and clarity that would get your blood pumping from a real Ferrari. That, and AI improvements along with the promised damage, and I'll be a very happy camper.

So I take it GTHD demo does not have some type of photomode then. Anyway please get us some videos if you can, but I just wish the PS3 was not delayed in Europe until March 06.
S

That looks simply amazing, too bad we have to wait another 3 months here in Europe....

That's motion blur. Can someone confirm this? Motion blur in replays? I know in-game doesn't have it (yet), what about replays?

Der_Meister
Incredible!!!!!!!!!
Now, if only they could put as much effort in the audio department.....
(ie. the engine's music, the annoying tire sqeel, and that annoying racing tranny)
Click to expand...

If they worked on the racing tranny, it would be more annoying.

any more pics of the cappuccino?

that GT-R pic is now my wallpaper..

pimp racer
Upon unlocking all of the cars, the player can access tuned cars, along with the option to race Eiger Nordwand in the opposite direction.
Click to expand...

So we have seen the tuned Cappuccino with Carbon(?) hood and hard top, but do any of the other "tuned" models have visual differences? Or are they just suspension/engine tuning? I would love to see a modded G35 or 599. Anyone have an idea? Or pics of the "tuned" models?

I've seen some cars with custom wings like the silver Lancer in the third pic down and the white Lancer in the fourth pic down (both in post 1), that are tuned versions.

Jedi2016
That's motion blur. Can someone confirm this? Motion blur in replays? I know in-game doesn't have it (yet), what about replays?
Click to expand...

live4speed
I've seen some cars with custom wings like the silver Lancer in the third pic down and the white Lancer in the fourth pic down (both in post 1), that are tuned versions.
Click to expand...

Thanks for pointing out the Lancer wings. This bodes well for the next installment. I like how tastefully done these tuner versions are looking. Nothing too over the top.

well if you look carefully, if it says score anywhere instead of time - or it has red flags up at top it means it's in drift mode. in drift mode, you can only use the tuned cars.

i noticed subtle differences on the Integra/RSX, such as slight side skirts, probably a bumper difference and gold rims, Mugen style.

The side skirts on the Integra are the same, drift mode or not. It's just the angles in thoes photographs are different. There are gold rims, but the bodywork is the same in thoes pics.

how about roll cage??? i'm sure the mazda in the trailer had a roll cage!
C

Geez.. I'm having liek a spazz out looking that these pics lol!

I'm definitely having an,"OMG" moment looking at these pics and wishing I would've gotten a PS3 by now...

And about the thread...

Is it just me or is there a lack of GT HD pics at this website/forum? I expected there to be a GTHD picture topic with pics of all cars and the modded versions of them too. Or am i not looking hard enough? :s

I think the main problem is the lack of Photomode in GTHD. Still, there could be more pics.

the Interceptor
I think the main problem is the lack of Photomode in GTHD. Still, there could be more pics.
Click to expand...

Remember they said they will try to get the Photomode into one of the future GTHD demo versions.
B

Amazing screens, they're so close to attaining perfect realism.

Ps. Nice to see a couple of true TVR fans! (Yeah, I saw that caption under your name live4speed). There aren't enough of us...

Some how it's much easier to not get hyped up about this GT this time. So many road blocks...