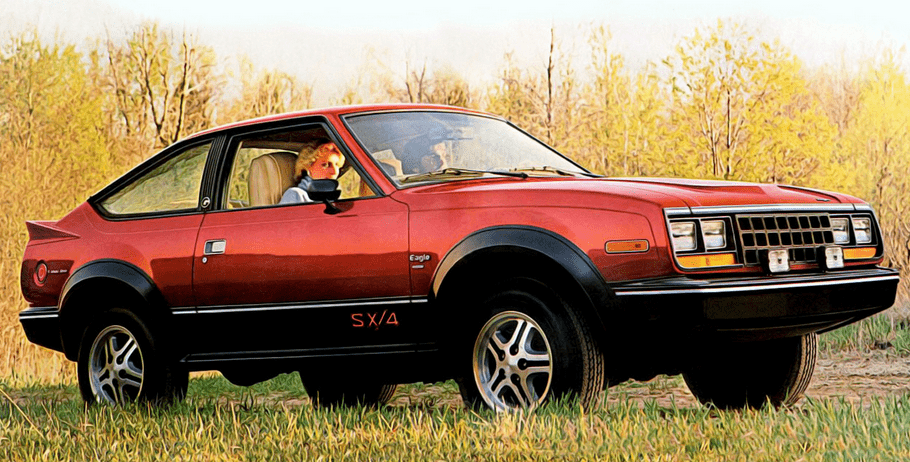 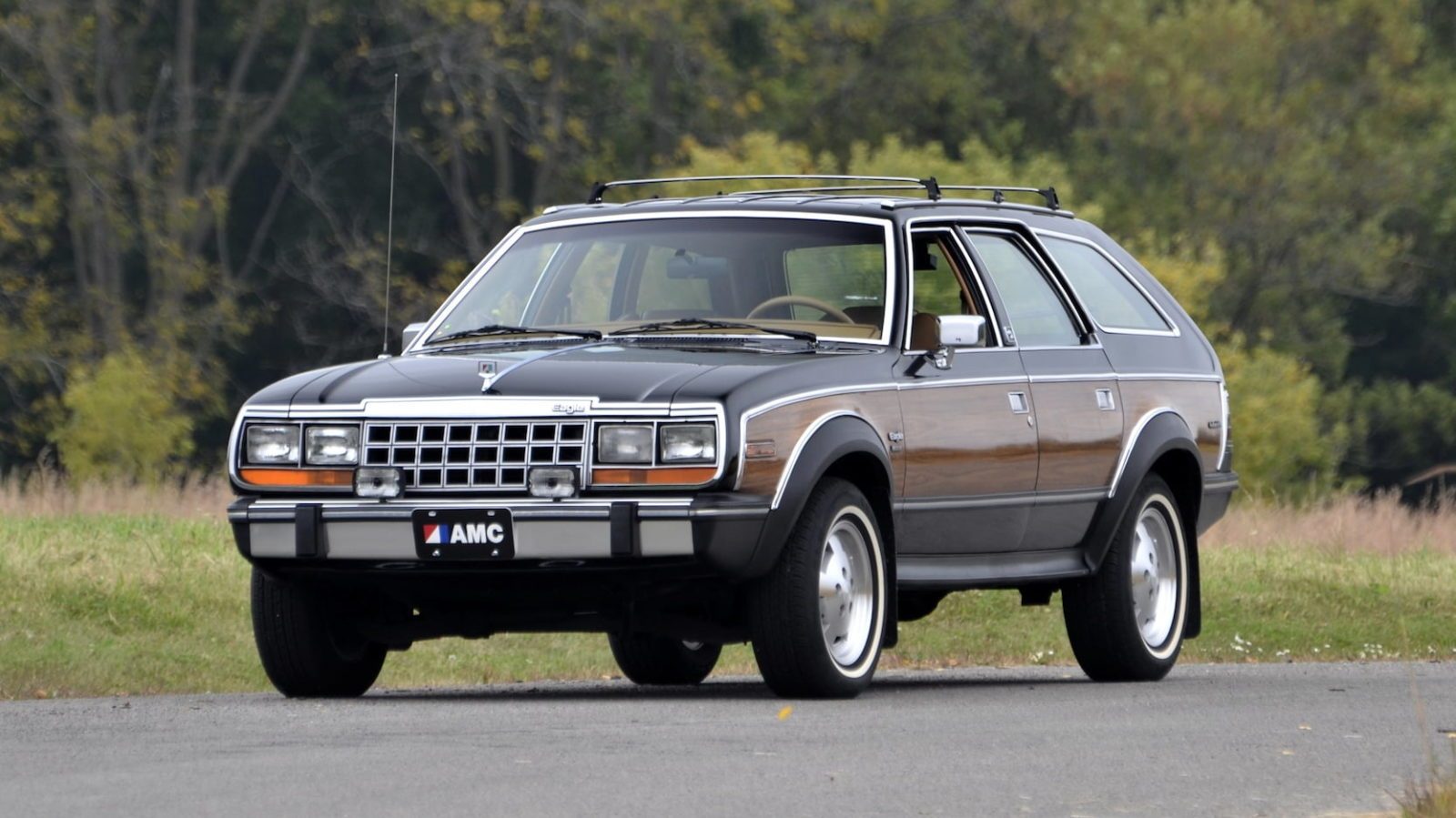 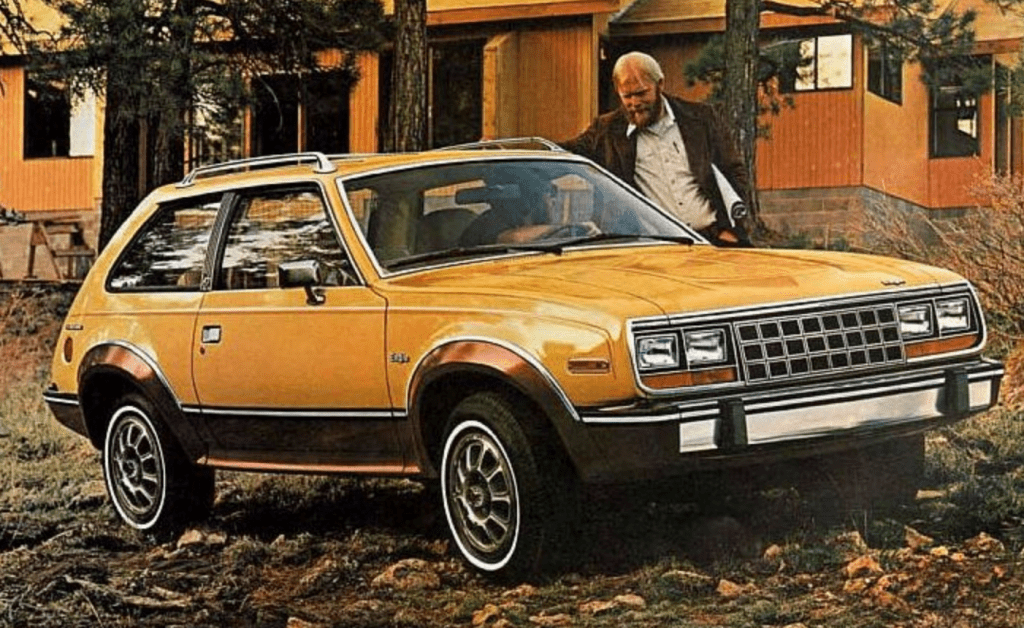 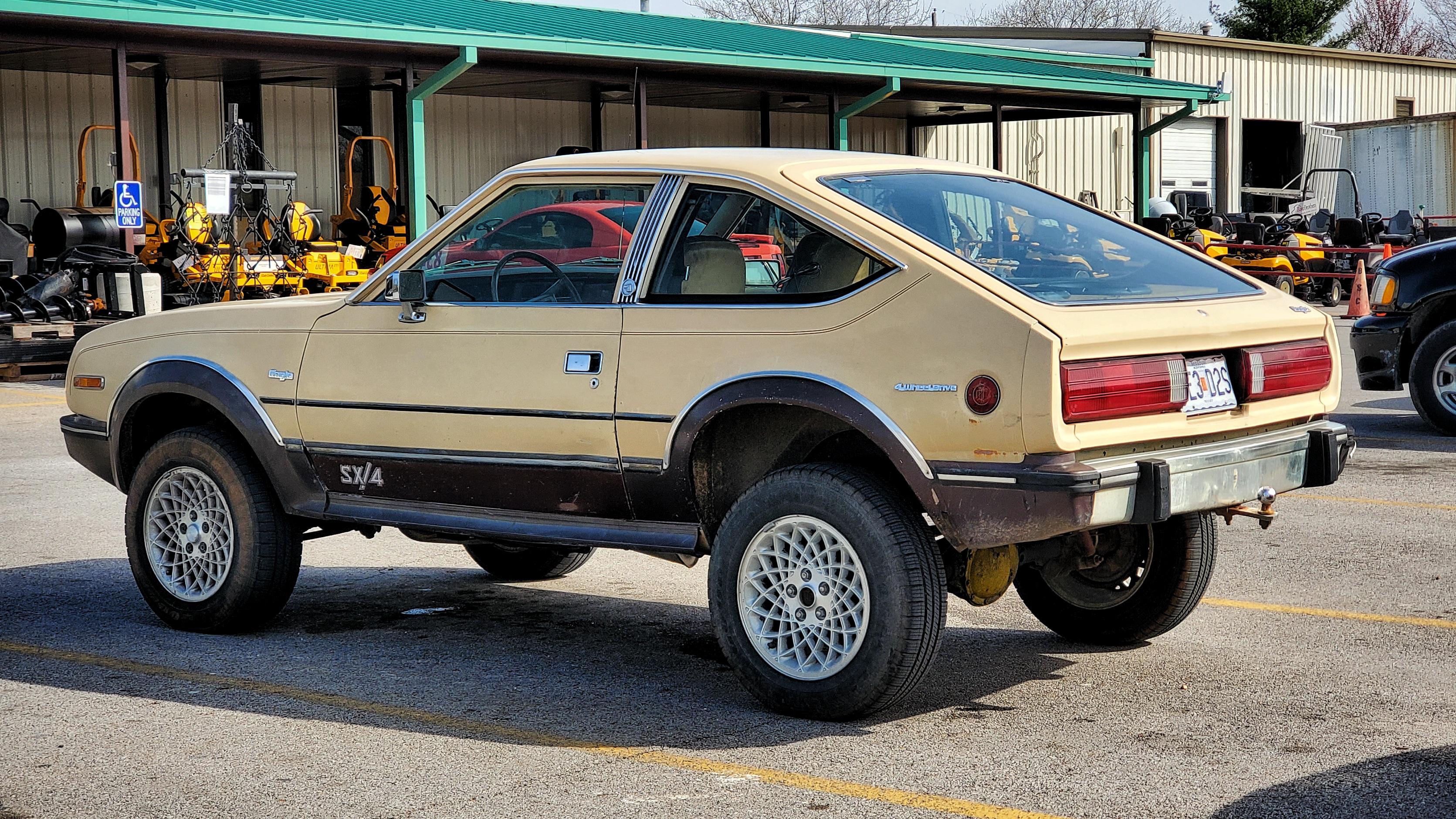 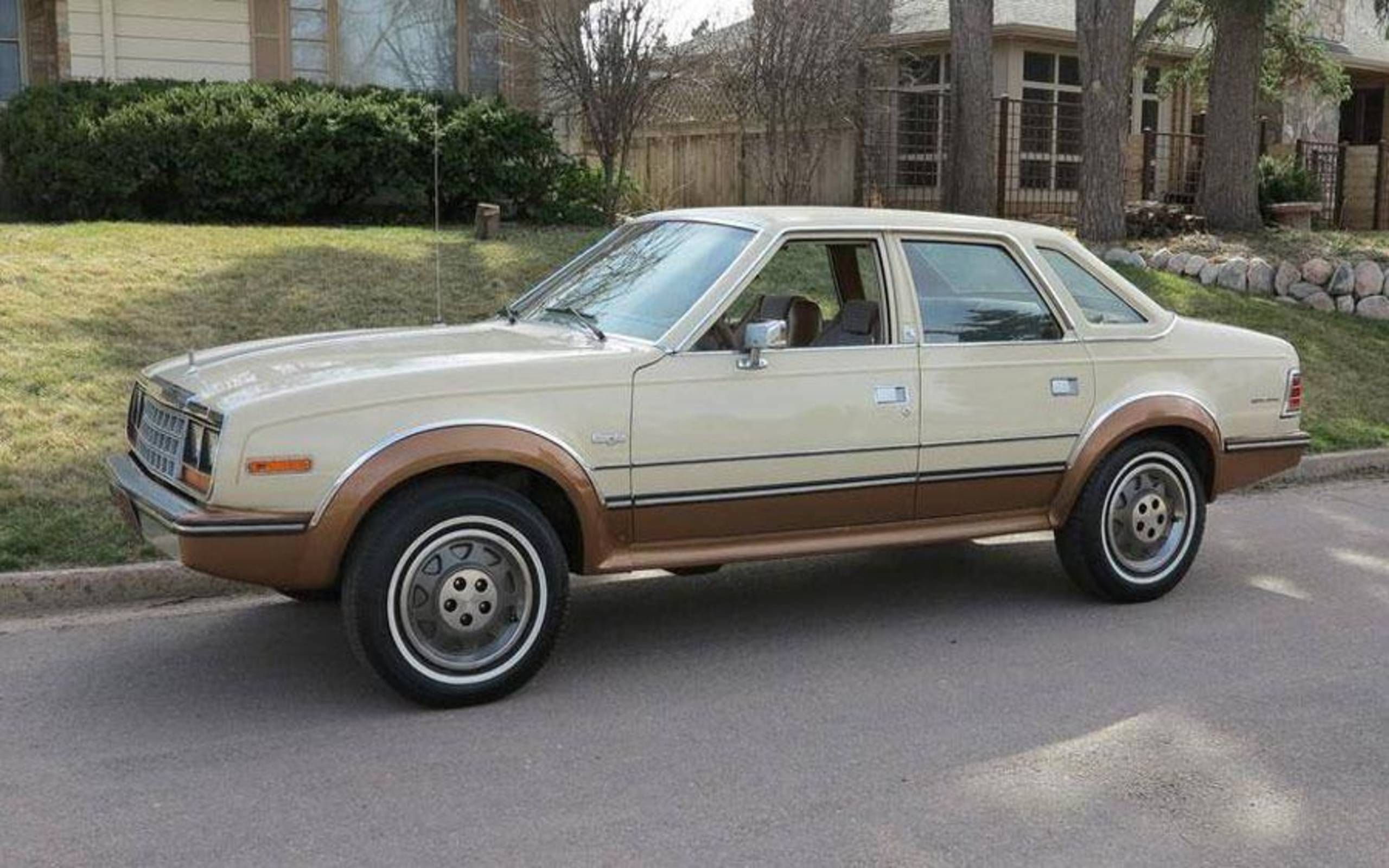 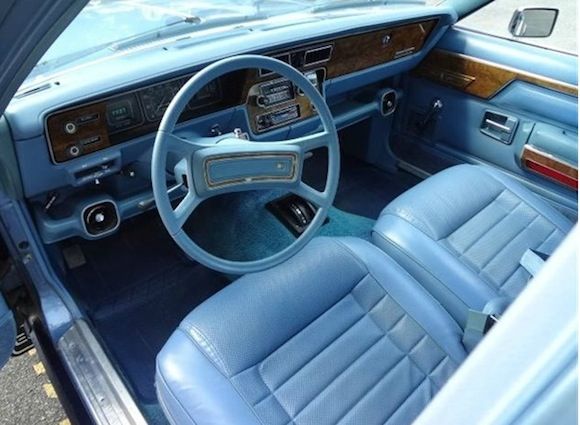 I think this is an interesting enough old car to be a solid cool. An '80s precursor to the taller modern CUVs and those lifted sedans like Volvo has. This is cooler than most of those, I guess its because it was ahead of its time.

Ahead of its time, without a doubt, but it's still is answering a question no one was asking.

AMC (the car company, not the movie theater chain) is a company I wish I knew more about. To show my age on GTPlanet, it was circa 2006 or so that I began to praise the concept of a "big car," and someone made mention to the AMC Eagle when we were looking at machines like the BMW X6. We thereafter sort of cringed on such a concept as we see more SUVs as "big cars." So on concept and execution, this car is too unique to be "Meh" or worse, and it isn't Sub-Zero because I don't think this is bonkers enough to warrant that. So a solid Cool is my vote on this machine. Who knew such a concept would be an interesting one heading into the 21st Century?

JohnBM01
this car is too unique to be "Meh" or worse, and it isn't Sub-Zero because I don't think this is bonkers enough to warrant that.
Click to expand...

I completely agree with that, it's not SZ but not Meh or worse because it's quite unique, interesting and the concept is quite ahead for it's time.
Especially curious to know about the straight-six diesel one, it's not one of the engines I would expect in an american car like this...
In any case, it's Cool.

Slightly revising the outdated and poor-selling Concord and Spirit adding 4WD to them was a last-dash effort for the little automaker from good 'ol Wiscahnsin to stay relevant, and to a certain extent, it worked, having high sales in it's early years (120,000 units was its max, in 1980). Being the only passenger car in the US to have AWD at the time and even being considered the first crossover wagon, it was a car like no other, and became very common amongst mountain folk and yoopers. I also appreciate how AMC made an Eagle version of every car in its lineup, and even offering a convertible version:

Ultimately, I vote uncool. As much as I love these things, they're quite dorky and mutated looking at the same time.

If anyone's interested, the Eagle was even known for having a rallying pedigree, having raced in the SCCA ProRally series from 1980 to 1988. 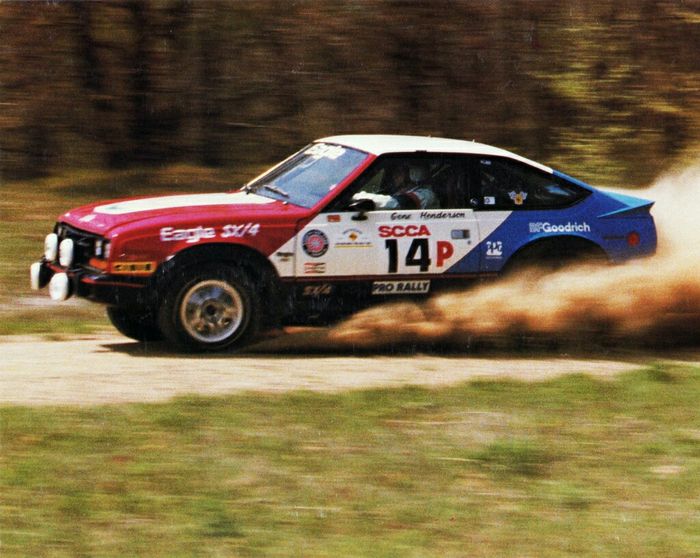 Another boxy car from the 80's.

Yeah, I'm not a fan of the design language of that era. Meh.

I'm going to be honest, I kind of love it. Something about boxy sports cars from the 1980s or 1990s in a small town in front of some autumn trees is the coolest aesthetic ever.

There's a rally car too, so that makes it better still.

This is all coming from the same guy who thinks the VW Golf Country is the coolest thing ever.
Last edited: Mar 24, 2021

I really don't no what to make of these. On the one hand they are different (in a good way) and arguably ahead of their time as well. On the other the sedan really doesn't look good and the wagon's faux wood is a really uncool feature. Being a product of AMC doesn't help the coolness factor either. I'll have to go with Meh.
Last edited: Apr 14, 2021

One of the coolest cars ever made. Easiest sub zero this year.

Eunos_Cosmo
One of the coolest cars ever made.
Click to expand...

Why, out of curiosity?

An instinctive sub-zero that my front-brain is trying to justify. I know it should be ugly and boxy, bendy plasticky noisy American over-fronty pointless-mobile with generic era styling, but I really really want it. And I want it in that colour.

It's like the weird secret love-child of the 1980 Ford Mustang and an Opel Kadett that had teen issues and hit the 'roids but I love it.

I go to junkyards a lot. Most of the time not to get anything, really, but just to see stuff and practice taking stuff apart and checking fitment and etc.

One time, one of these showed up the day I was there. Was a 2 door SX/4, like the one in the header image, except all the paint was completely faded and shot. Watched them wheel it back to the back corner of the yard as I was busy climbing around inside of an A6 trying to get the hood open. It looked pretty complete, and had no rust, so I can't imagine what consigned it to that fate. I was wandering around for five or so hours, fiddling with stuff and checking stuff and pulling stuff and wandering back and forth between the GM part of the yard to test fitment (this was when I still had the Seville, so I checked a lot of stuff from similar GM cars to see if it would fit. That's how I got my wheels for my snow tires at the time, for example, and the strut tower bar I installed). I went and checked it when I went to leave.

The front and rear suspension and all four wheels were already gone.

Oh, I'm really good at that. Putting stuff back together is where I run into problems...like spare parts.
K

It just doesn't look right. Not only that but it is not a good looking car. The off-road part of the car makes it

Wacky but I feel a modern version of this would definitely sell these days.

mustafur
Wacky but I feel a modern version of this would definitely sell these days.
Click to expand...