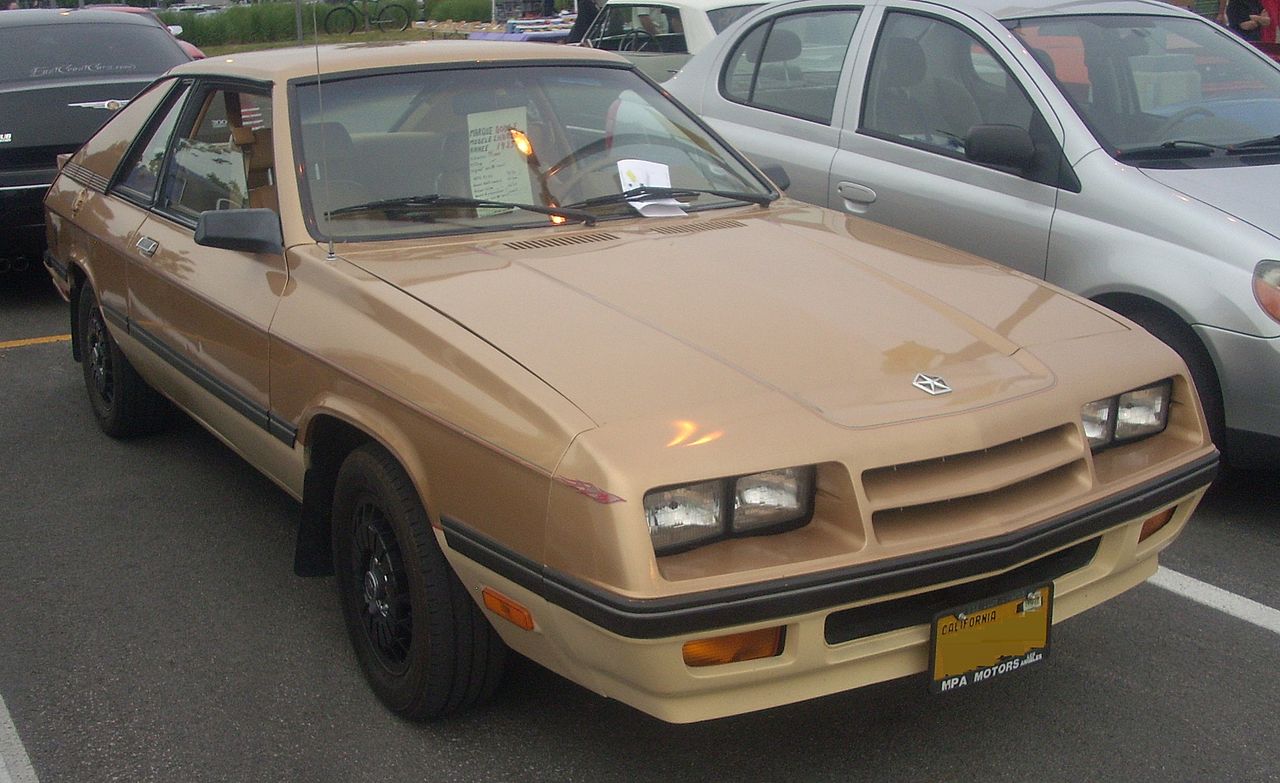 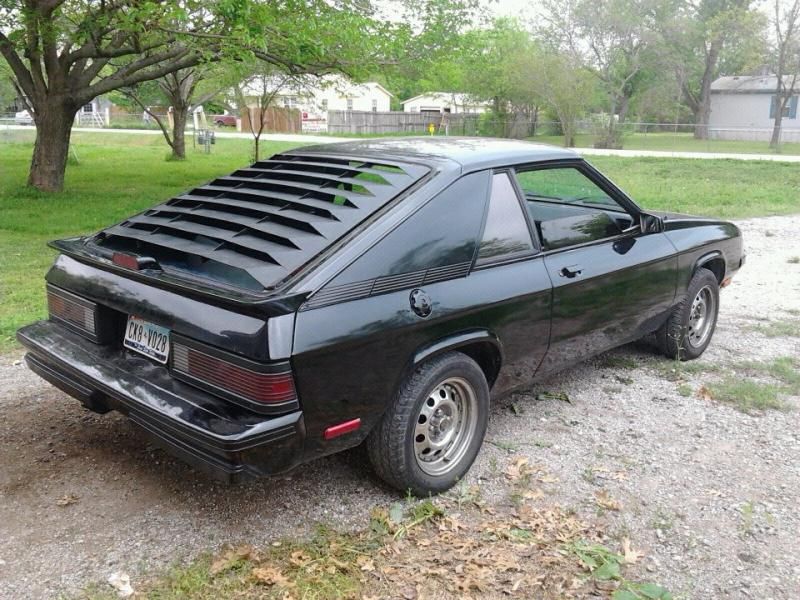 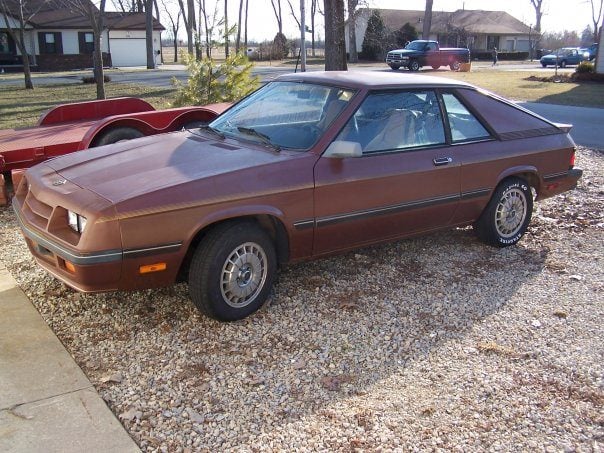 Yeah, this thing is SU. Not a fan.

I haven't hit SU that fast in a while.

It has a certain retro vibe to it but if anyone I know said they'd bought a Dodge Charger and turned up in that, they would get mercilessley mocked. Uncool
Last edited: Oct 23, 2020

Like a fox body but without any of the charm. Uncool.

Dave A
It has a certain retro vibe to it but if anyone I know said they'd bought a Dodge Charger and turned up in that, they would get mercilessley mocked. Uncool
Click to expand...

You'd have to be impressed it was still even around. That means someone really liked it, and then you wonder "Why?"

Downhill Dino
That means someone really liked it, and then you wonder "Why?"
Click to expand...

Personal nostalgia. It's often the only credible explanation for people who keep and love cars like this.

I voted uncool because it looks too sad to be any crueller to it.

I was always amused that cars like this of this era so commonly have the most skeevy, owned-by-a-serial-killer vibed example they can find for the image header that Wikipedia uses: 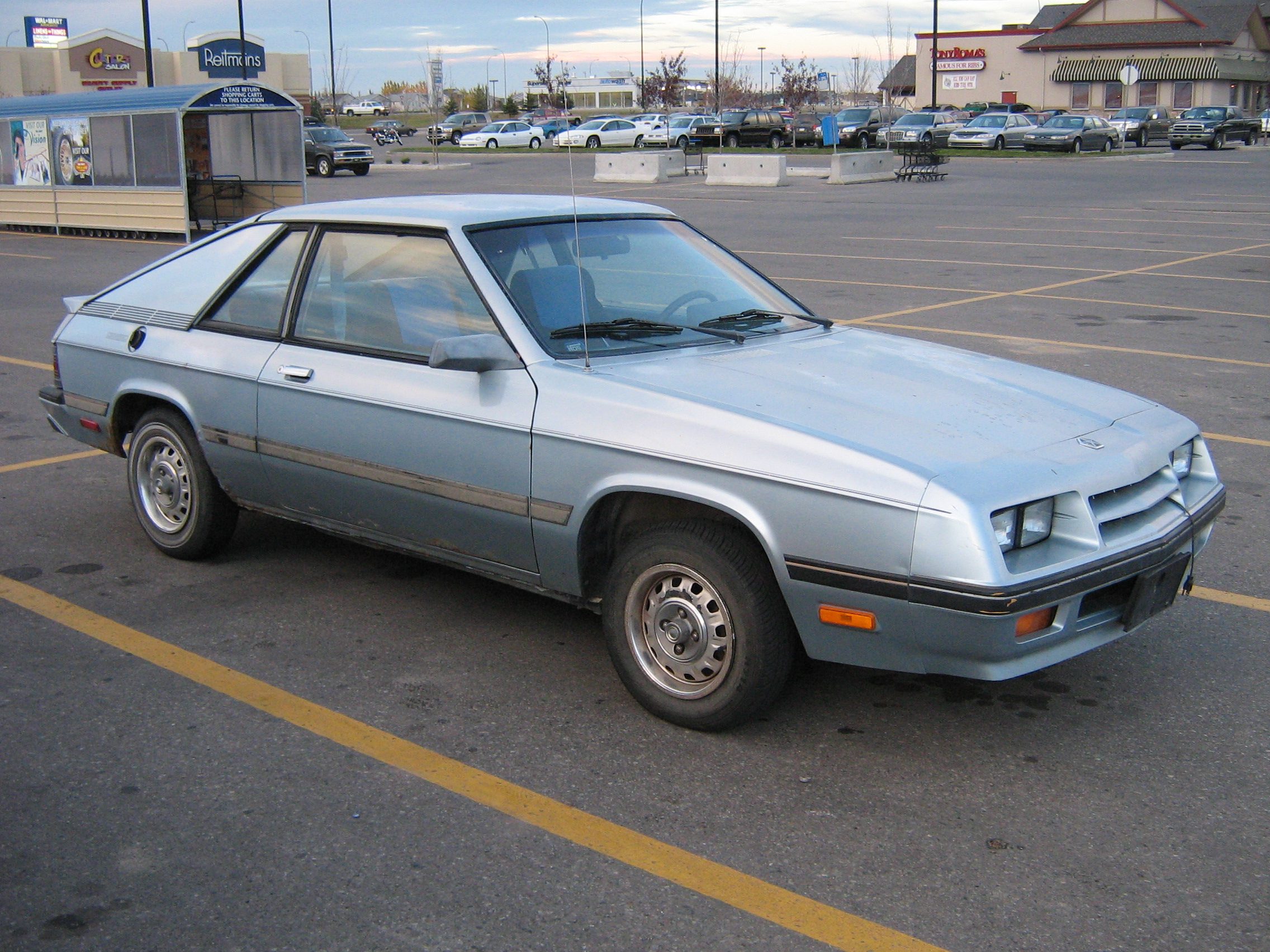 Mismatched tires, paint that has faded in different levels on every body panel, beginning signs of rust on the quarters that will no doubt be ignored, uneven body panels, dangling electrical cords, etc. Stuff that you look at it and you just knows it burns oil and clunks through each gear on the automatic and perpetually smells like a gas leak. And it's not like they couldn't find more pictures of ones that were taken care of , because you look at the article and there's always several pictures of ones that are immaculate (for whatever reason they may be kept that way) instead of ones that only survived because they are in states that don't have annual inspections or salty winters.

used to be the header image on Wikipedia.

Ok this is one that I have a lot of experience with as I drove several of these in the 80's as demos.

I turned 16 in August of 1981 and my dad let me order my first demo car. It was this exact color combination on a 1982 Dodge Charger with the optional 2.2 sports package that gave it the stripe and the fake hood scoop. Mine had better looking wheel than these standard ones. The 2.2 package also came with a sporty sounding exhaust and chrome valve cover. 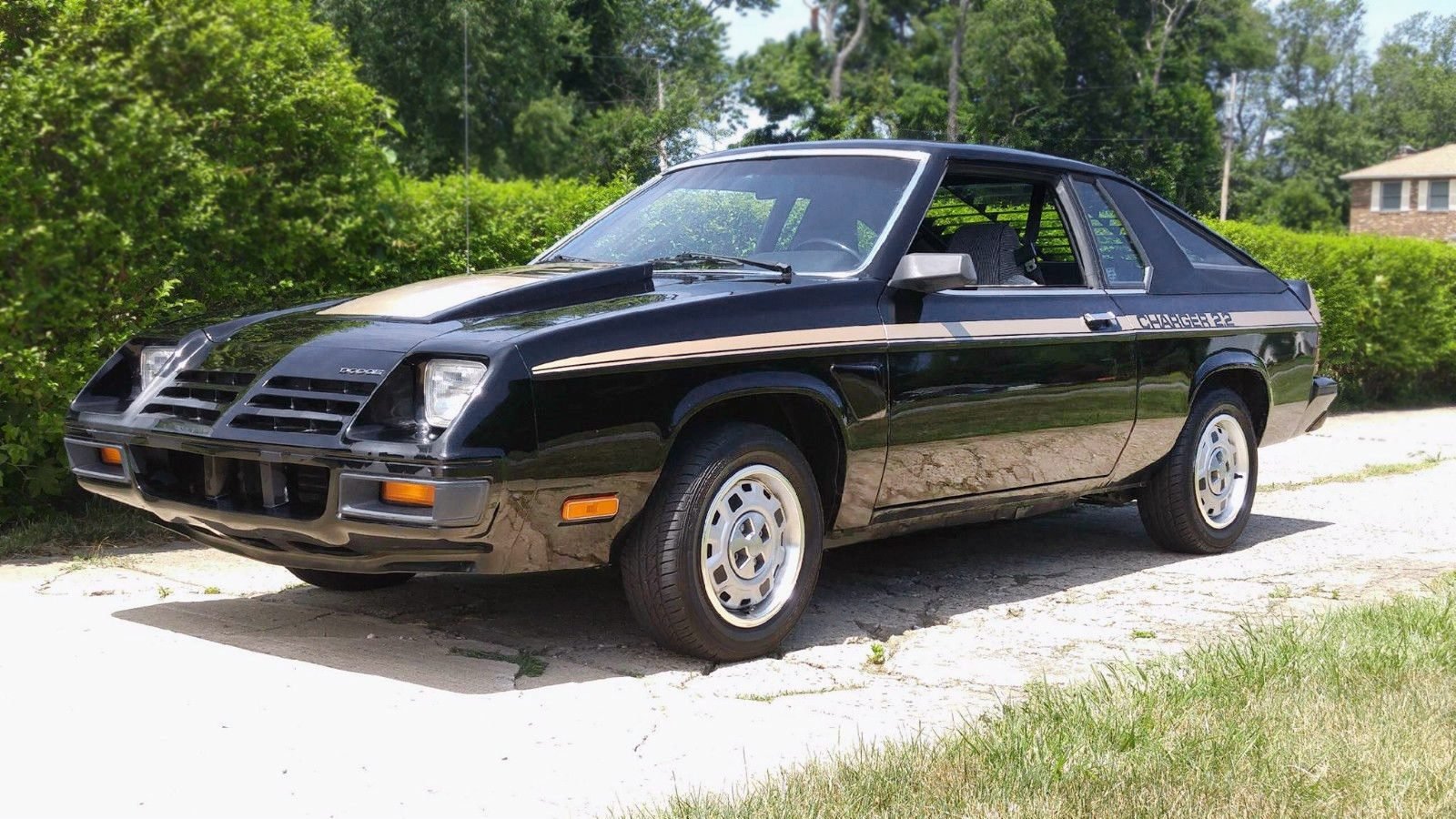 1983 started the Dodge & Carroll Shelby partnership and the first car was the Shelby Charger. All of 110hp but hey, it had Shelby's name on it and that cool (at least to my 1983 self) looking paint scheme. That first year was either blue with the silver center or reversed. I had the blue one like this. 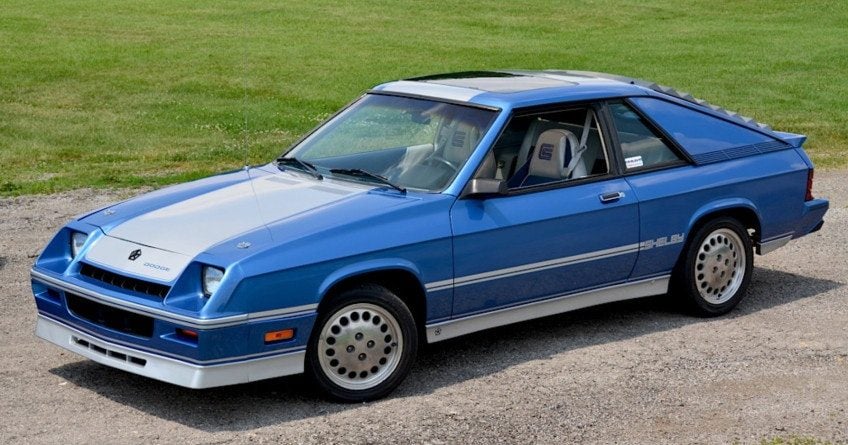 The last Charger I had was 1985 when Dodge added a turbo to the Shelby and boosted horsepower up to a whopping 146hp. It also added the "power" bulge on the hood and the standard hood cooling vent common for that era. But the Charger was lighter than the Dodge Daytona I had in 1984 so it felt much quicker. Mine was this Black/Silver combo pictured here. 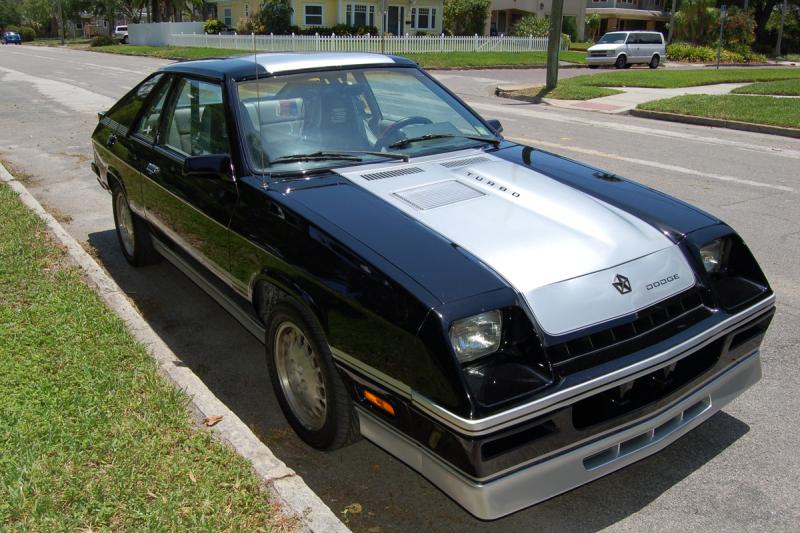 So I'm probably going to be the contrarian in the bunch on this one and vote "Cool" but that is strictly for my own good memories and mainly for that last Charger Shelby Turbo.

Wait I'm so used to the above I didn't realize they are the same car and now I'm conflicted. I love the Shelby Chargers but maybe that doesn't count here?

The Shelby Charger never adopted the Mustang ripoff styling and kept the 024/Rampage front end throughout its whole run. I'm assuming it was so they wouldn't have to spin-up new aerodynamic pieces on a fairly low volume car.
N

Stomps on Charger name so ruthlessly so its easy SU.

General consensus says "Seriously Uncool" (and I didn't know what "SU" stood for until actually thinking out it)... and I'm on the same chain of thought. I'm like... THIS is a Charger? I almost thought this was a 1992 Ford Mustang or something when I first saw this design. Even I love today's Charger as well as the old school 1970s Dodge Chargers. So... Seriously Uncool to me.

Quite a poor design. It has an almost kit-car like look to it. SU.

I voted Cool as well. I was 11-16yo in this time frame. It wasn't a Mustang or Cameo, but they were pre-Conquest/Starion/Eclipse/Laser.
This was a time the Omni GLH was out. The Hot hatches of VW and Honda were owning sports cars on twisty roads. For Chrysler to bring the name back and offer an alternative to the Mustang LX/GT, it opened the door for Avenger and cars after it.
Last edited: Oct 27, 2020

There's only one of those that's nearly cool, and it's this one:


It was built in a shed/small shop about 45 minutes from where I live with very little budget, and it used to dominate the "import" scene in Canada back in the early 00s, even won a few IDRC/NOPI/BOTI events in the states as well. It was actually faster than Steph Papadakis' full tube-frame Civic that had 5x the budget and the sponsors, despite being a full bodied car with a cage in it. Sadly haven't seen the car in action for at least 12 years, when at that time it emerged in the scene that the guy who built it was actually a crook/scammer that stole parts off his customers' cars and resold them to other people. Think John Hennessey levels of shady, but without the notoriety. 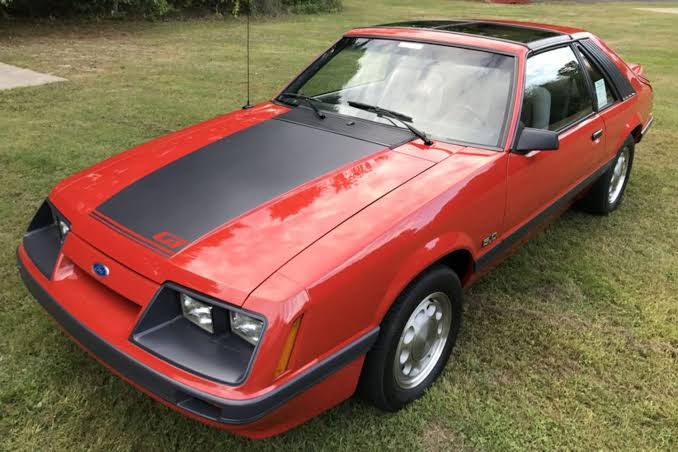 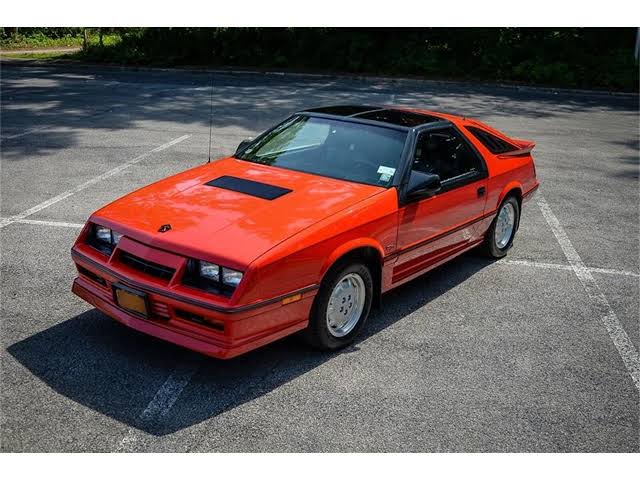 I'm quite fond of these '80s american coupes, not this one though (the Shelby ones are nice, however).
The normal ones are SU, but they're a curious bunch nontheless

The only time I remember ever seeing one of these on the road is in 2009 when my family did a road trip to the Upper Peninsula of Michigan. There were lots of old, worn-down cars like that up there. I gave it a meh. Even though it's not anywhere near as powerful and muscular as the Chargers that came before it, it seems like a pretty average 80s compact coupe rather than engineering monstrosity. I honestly don't know why they changed the name from Omni 024 to Charger, though.

GranTurNismo
The only time I remember ever seeing one of these on the road is in 2009 when my family did a road trip to the Upper Peninsula of Michigan. There were lots of old, worn-down cars like that up there. I gave it a meh. Even though it's not anywhere near as powerful and muscular as the Chargers that came before it, it seems like a pretty average 80s compact coupe rather than engineering monstrosity. I honestly don't know why they changed the name from Omni 024 to Charger, though.
Click to expand...

Because Omni 024 still linked it to the 4 door and it doesn't really roll off the tongue easily and isn't exactly a sporty name. They still had Charger in the trademark bin so they chose to resurrect it and put it on their sporty 2 door.

As much as the car sucks (even the Shelby models aren't that great because the turbochargers are notorious for being very brittle, and the only way to get a replacement is to scavenge one from another car... good luck on that), there is a story (related in the comments section here) attached to this car that gives it at least a tiny shred of coolness, albiet very indirectly:

What has been largely forgotten over time is that a group of youngish Chrysler engineers ran a team of Shelby Chargers in the SCCA Escort endurance series (maybe others too) quite successfully, gaining a lot of performance and competition experience in the process. The team was not officially sanctioned by Chrysler, although probably there was some not-so-official help provided. One of the engineers involved was Peter Gladysz who later became manager of the SRT Powertrain Group. That, however, was in the future: what happened first was that when the Viper program was first conceived, Bob Lutz needed some bright, savvy, performance-oriented engineers whose experience went beyond oval racing, to spearhead the design program. The guys who had shown the initiative in racing the Shelby Charger were chosen.
Click to expand...