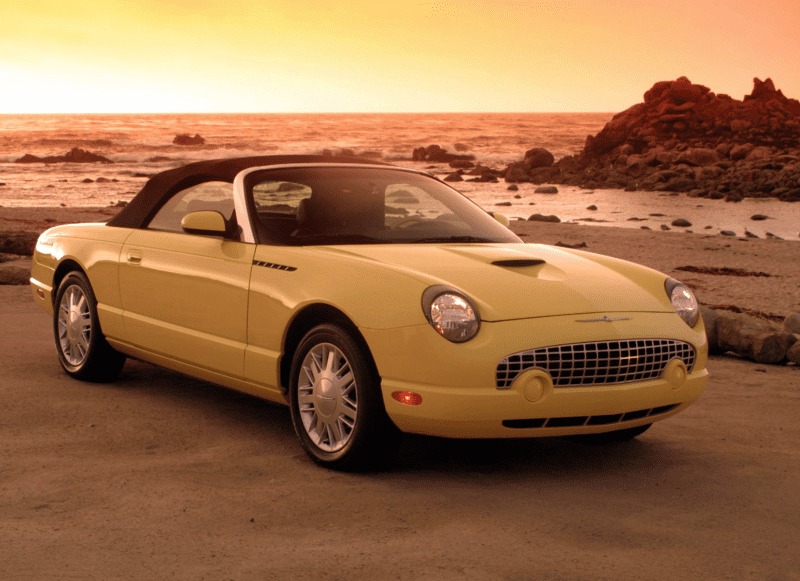 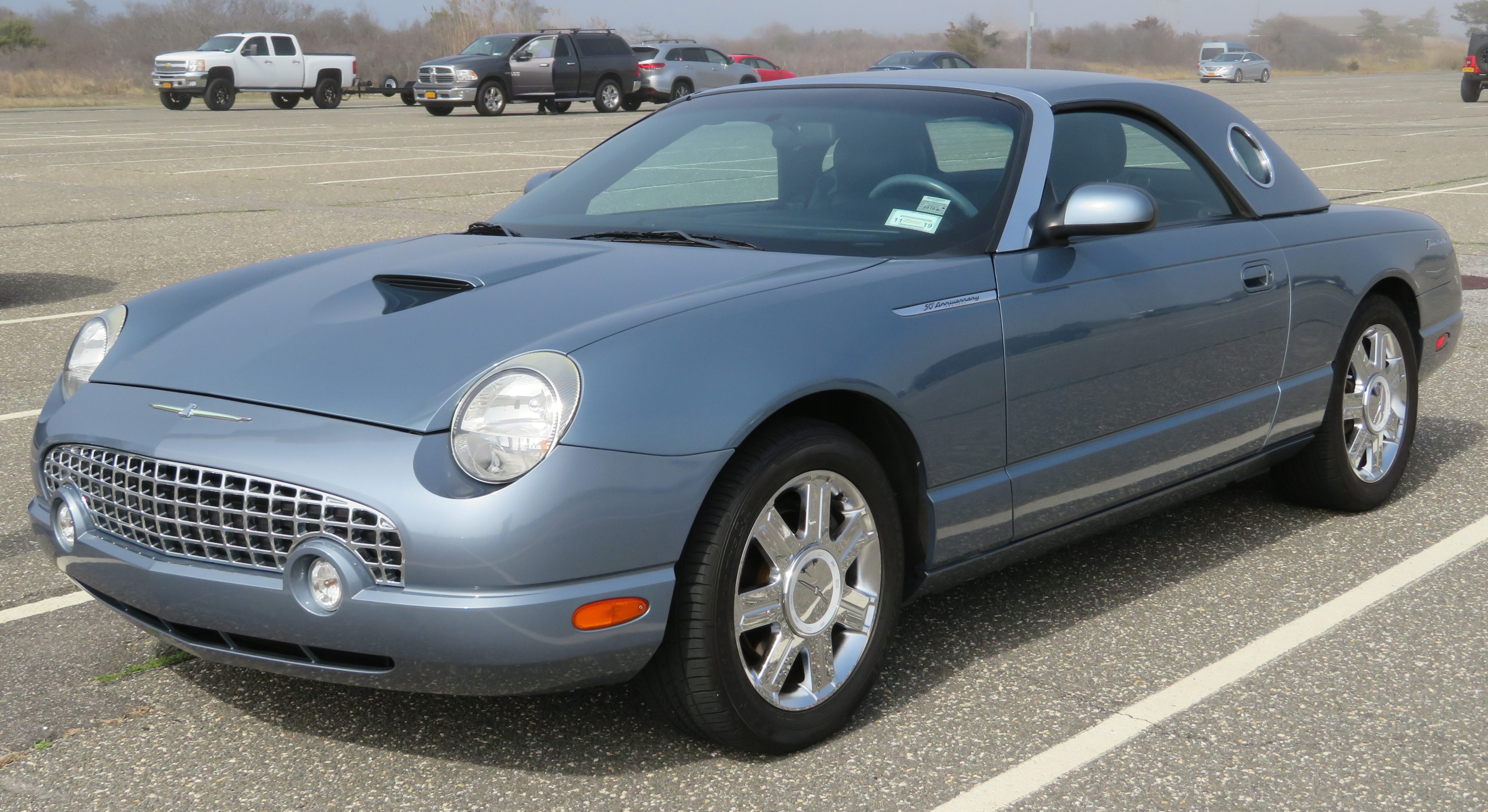 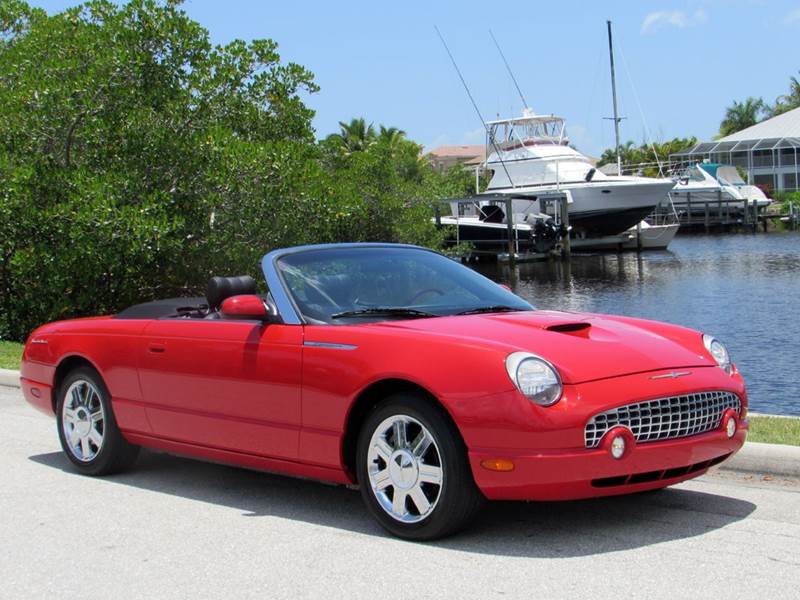 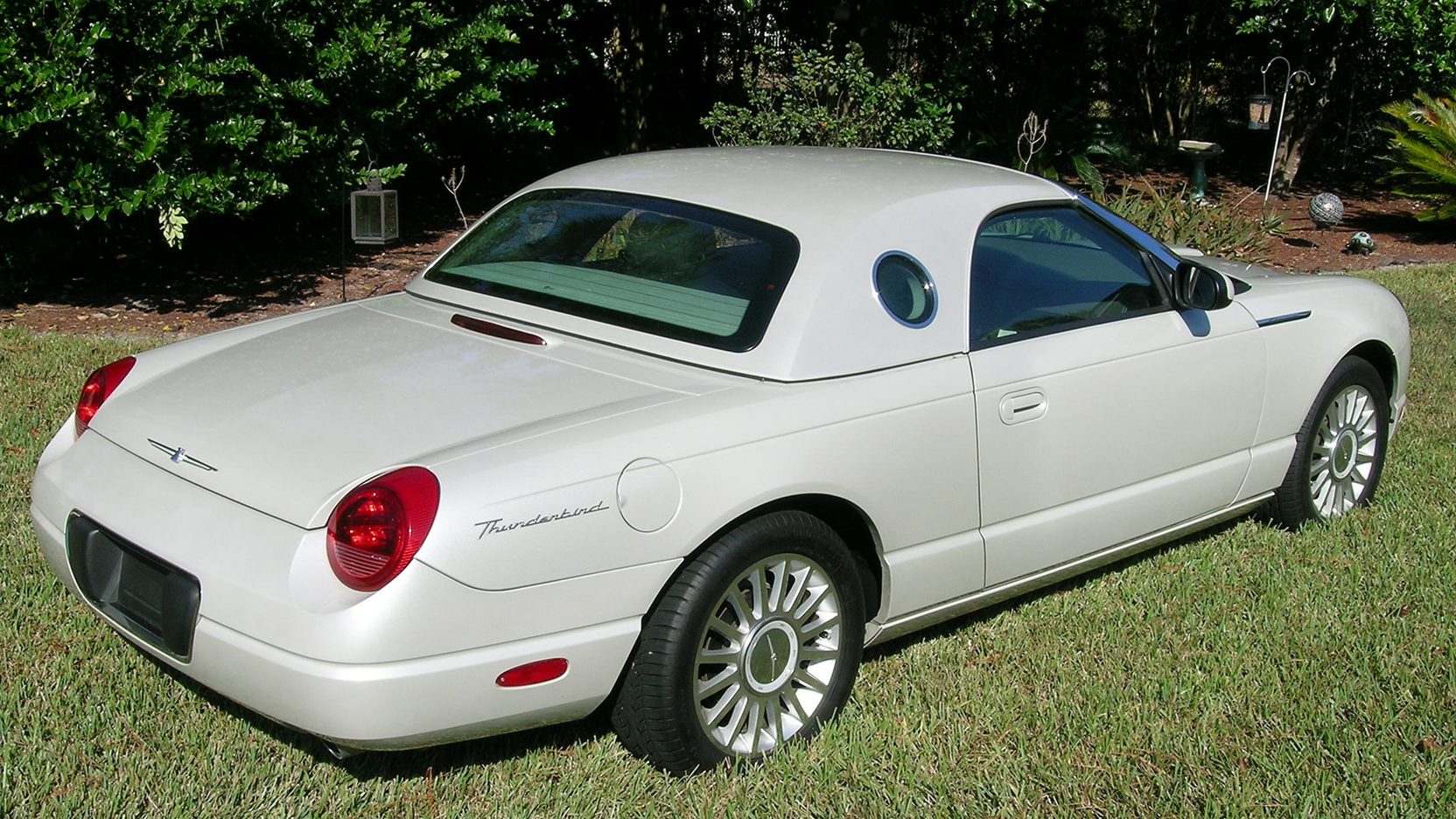 Couldn't decide between a high meh or low cool, gave it the benefit of the doubt because it'll probably be eviscerated later. I don't hate it, although a manual would have made it better.

Looked really quite retro in it's day, yet when i see these pictures i'm no longer seeing it quite as much. It has certain, heavy handed, styling cues to early Thunderbirds, but it's overall look is now one just of its time. Anyway. Uncool.

I’m going to give this one a cool. Within the last couple of years I’ve seen a few being driven around in good condition. It’s one of those cars that when you see it, you really notice that it’s there.
K

I'm on the winning team, so far.

Low cool at best, but would happily own IRL.

I would vote dangerously uncool if it were an option.

I fancy the 1957 Ford Thunderbird much more than the 2002-2005 Ford Thunderbird. Really, though, it's a head-turning car. Nor sure what it would be like owning onw, but I always thought this was a cool car. It's Cool to me. I feel like I'd disrespect it saying "Meh," even though this car doesn't have a whole lot to make it S-Rank.

I mean, at least it wasn't the SSR.

Hey- I dig the Chevrolet SSR! To each his/her own, of course. I don't think anyone is going to laugh at you for driving this 2002-2005 Ford Thunderbird. It has a cool factor to it with its modern retro style. More so, this isn't some plain jane economy car. So it definitely has a cool factor to it. It isn't a sublime one, though, to warrant Sub-Zero status.

Back in the day, I thought this thing was the most incredible car ever.

I mean, I know it's not pretty, but it's not bland or generic or trash.

I still think it's a very, very, veeeeery low Cool.

Very ambivalent about this car. It mostly looks nice but its retro without looking like any of its forebears, which is basically pointless. Also round opera windows don't look cool on any car. Meh.

In my view, this was one of the only "retro-modern" styled cars of the 2000s that really pulled it off. Styling was quite pleasing to the eye yet still closely remembering the original '55-57 T-Bird. For a 2-seat roadster, this car is quite big, at 186 inches in length and a 107 inch wheelbase. Supposedly, despite being underpowered at first (though this was corrected to 280hp), reviewers seemed to love this car, citing it's good road manners and high-quality fit and finish. Though, the 2002-2005 Thunderbird was a victim of the AMC Pacer effect. In 2002, nearly 35,000 units were sold, exceeding Ford's expectations, but this number quickly dropped down to 11,000, and then 9,000. It seems everyone who wanted one, which were mostly south-Floridian retirees, had gotten one by 2002. I'll give it a meh.

Fun fact: Despite having the retro-modern styling to fit the name, this car was originally not going to be named "Thunderbird". One of the names the development team toyed around with was "Ford Autocrat".

What adds to the car's distinctiveness is the body colored matched interior colors: 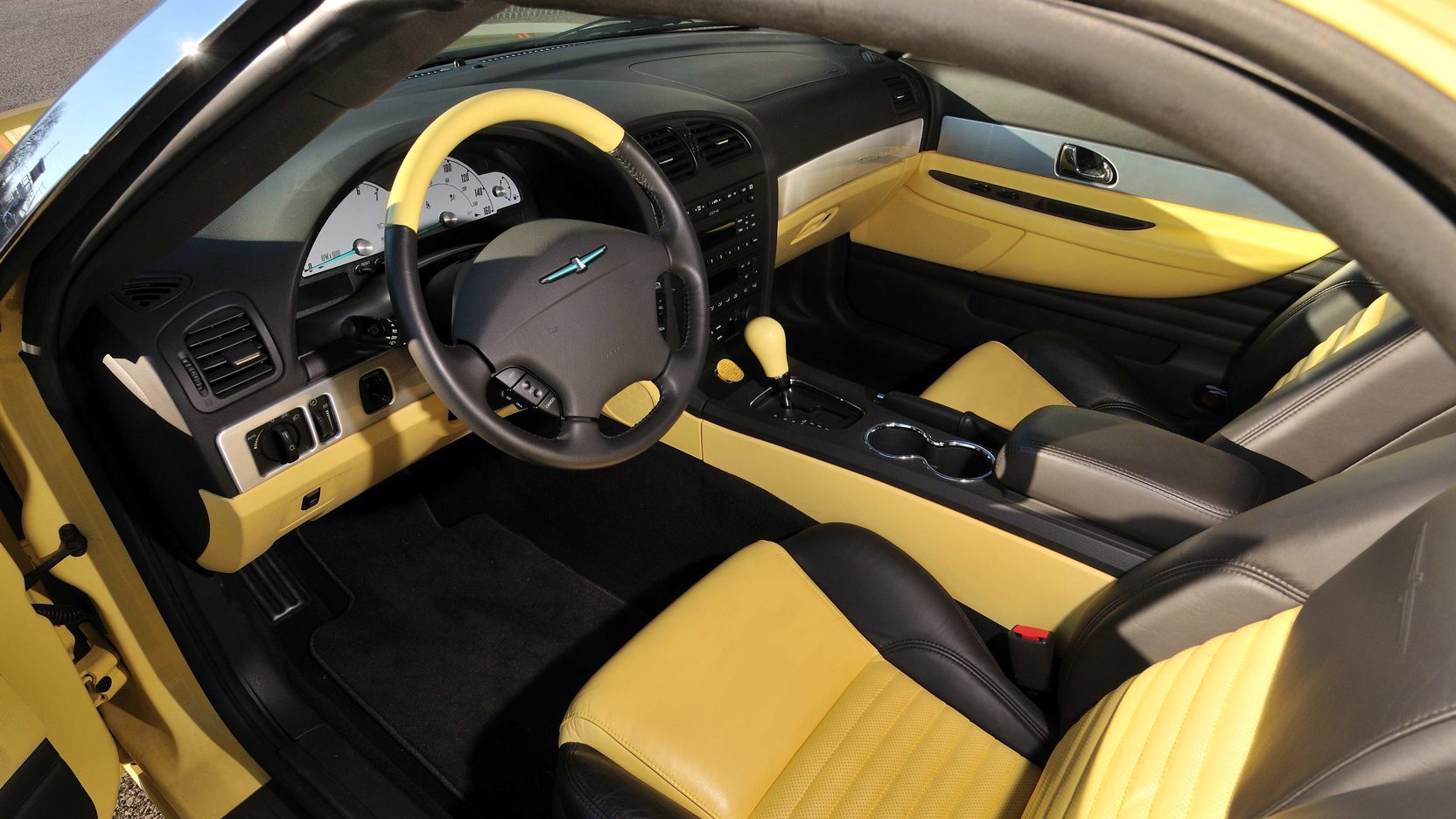 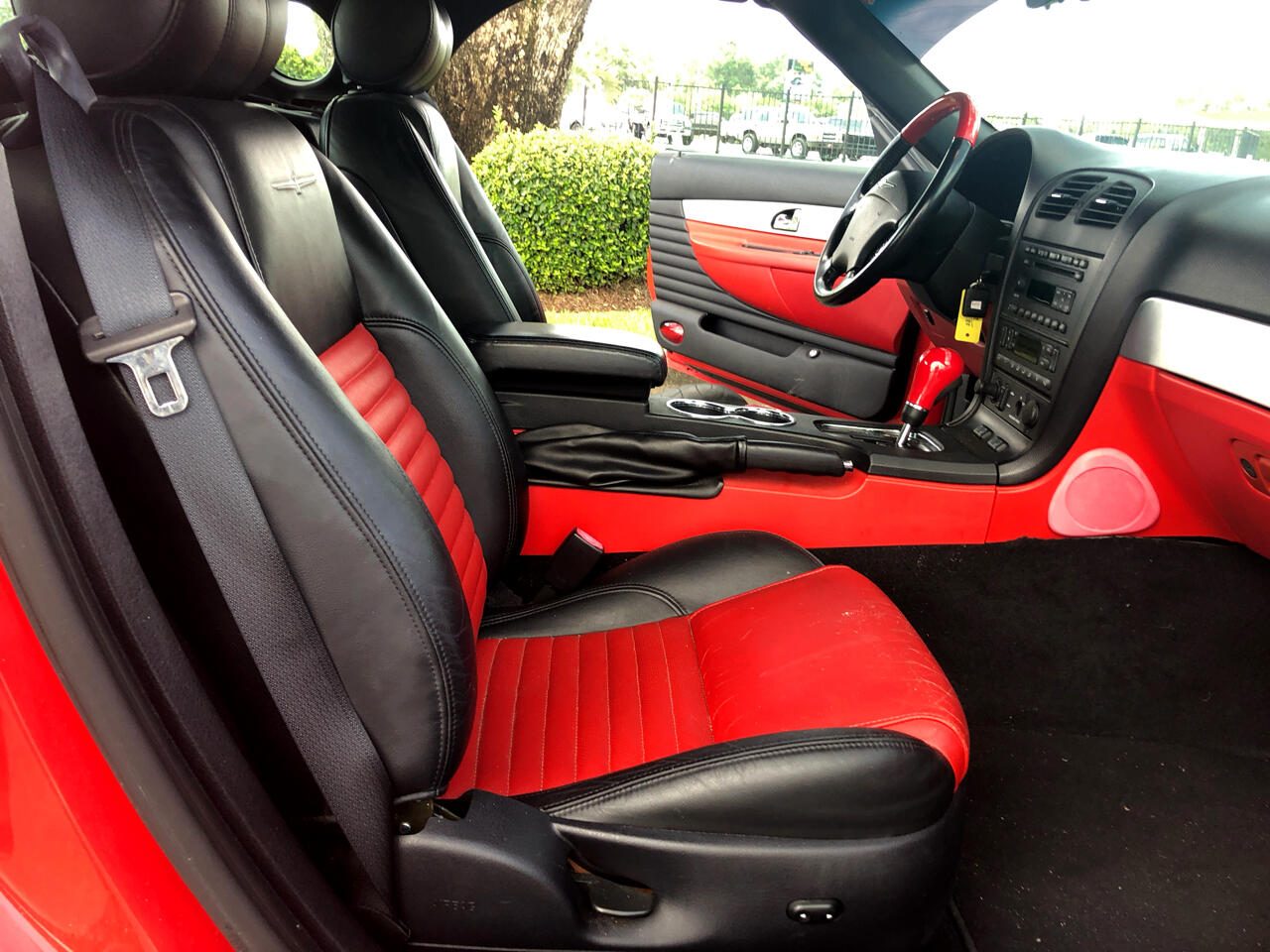 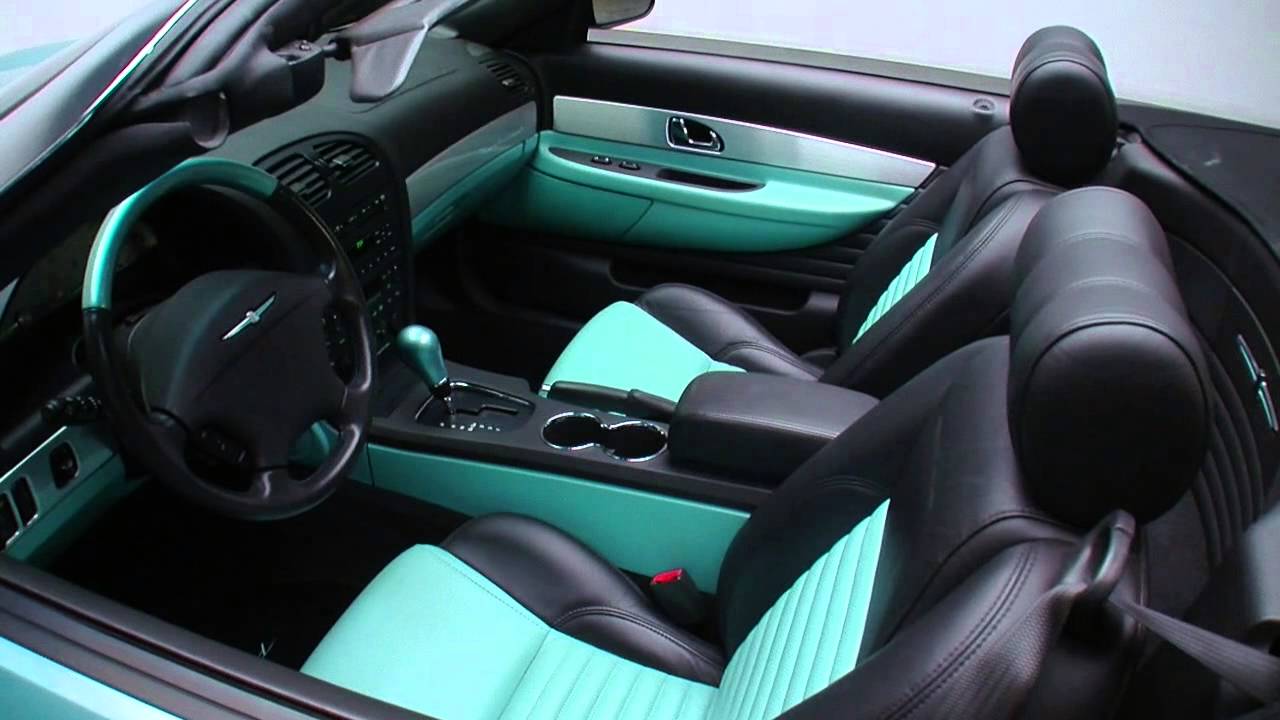 Pleasant, but I still think that GT and Mustang were better revivals of 00s from Ford. Meh but veering to cool