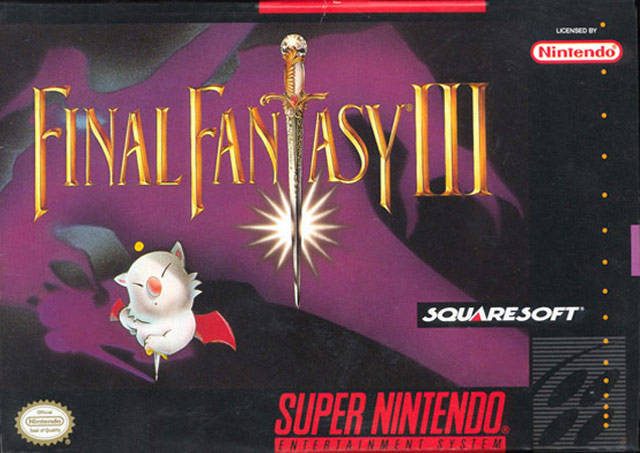 NOTE: This is for the Super Nintendo Release. Details below.

2. The first time that Final Fantasy III was recognized as its official title, Final Fantasy VI, was in the two disk remaster 'Final Fantasy Anthology', released for the Sony Playstation in 1999. This game deviated from the script that was first put out by Ted Woosley and is more uncensored than the SNES version. It should be noted that the collection also included for the first time on American shores Final Fantasy V and every subsequent re-release on a Playstation platform is based on this version of the game.

3. Final Fantasy VI was eventually released on the Game Boy Advance, which formed the core of the eventual Android, iOS and PC remasters.
Many centuries have passed since the war of the Magi - civilizations have been rebuilt with iron, machines and technology. But the forces of magic have begun to return, and when an ancient Esper is discovered, the risk of war resurfaces.