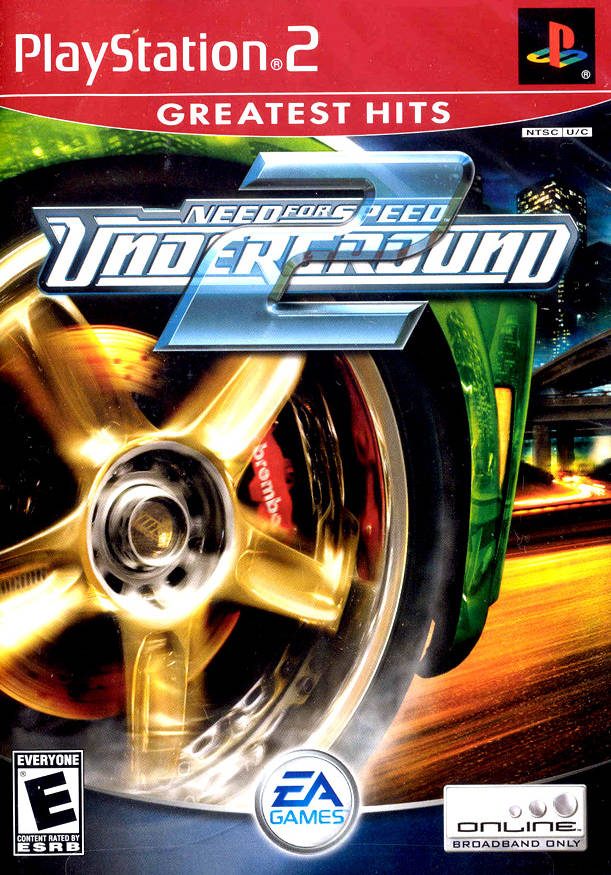 Like its predecessor, Underground 2 heavily focused on car customization and the underground street racing scene. However, this was the first NFS game to feature an open world, after the first game was criticized for repetitive tracks. The customization was also improved, adding new features such as hydraulics, trunk speakers, custom gauges, and more.

Underground 2 was generally well-received, and went on to sell over 11 million copies.

Fun game, not sure if it's aged well.

I like UG2 but it became the catalyst as to why IMO the NFS community has completely 🤬 up. Like they'll always use UG2, MW '05, and Carbon as a excuse for saying "Plz we want customization on NFS or else NFS will be bad" or something like that.

Talking about the game itself, well honestly I had more fun playing the original over this. The things I would give credit to UG2 is the addition of SUVs and more cars, more customization options, more magazine covers, etc. but overall I felt like the challenge from the original Underground is gone.

Overall, I kinda wanna give this an A if I didn't play the original Underground properly but having finished and still playing until right now, I'm gonna give UG2 a B.

I remember when I was like 5, playing this game before my bedtime. Other than that, I have not had that much experience on the game.

But, I do know enough to where I can give my thoughts on it.

First off, I have to give Black Box praise for switching to the open world. The events in UG1 DID get pretty repetitive IMO, but in UG2, there never seemed to be an event that was a repeat of a previous one. And it all fit together so well: new race types like Street X and URL races, plus 200+ km of road in Bayview, which was one of the biggest maps seen in any open world game at the time, aside from GTA. And this was only an experiment by Black Box... I'd say it was a pretty good experiment.

This brings me to my next rave, the new race types. As I mentioned before, Street X and URL races were new in UG2. They both added an interesting touch on a game that's supposed to be about racing through the tight city streets. Another mode I like is Downhill Drift (I believe that's what it is?). It got you out of the tight drift tracks like in UG1, and had you battling through the twisty canyons of Jackson Heights. When looking at all the race modes, it seems this game has something for everybody.

And of course, the customization. It can't be an Underground game without the big spoilers and body kits, as well as big tear vinyls, window tints, and underglow. UG2 definitely had the best customization in the entire NFS series- new options like hydraulics, trunk speakers, spinners, split hoods and suicide or Lambo doors... I could go on for hours. And on top of that, all the options from UG1 had more parts, some of which were absolutely crazy...

One of the biggest open worlds in 2004, a race type for everybody, and the best customization ever in NFS history leads me to give this game an A.

I do not think this is cool today, no way. But teen me definitely thought this was cool when it came out.

This was one that I skipped over until about 2009 when I saw a three-pack containing Underground 1 (which I already had) and Most Wanted (a game I rented once and got through a handful of the bosses before returning it). It was interesting to see the amount of modifications every car had, but even then, it all seemed a bit much. It was pretty cool that there was a wide-open world to explore and drive around in (and considering I played Most Wanted and Carbon beforehand, you can drive as crazily as you wanted and not had to deal with any cops). However, it seemed to me that the campaign droned on and on and on and on before any real story elements would happen. To this day, I haven't beaten the game, because it all became monotonous after a while. I straight up got bored. Someday I'll finish it, but I'd need to be on the kick again.

Also, not a fan of the whole "your car must be riced to a certain level to progress" mechanic to the game. I liked that in future games there was an incentive to visually modify your car, but it wasn't required to progress through the story.

Giving this a B for its scope.

Granted I never played the game for an hour, I did know about the free-roaming aspect. That alone was a huge step-up from Underground 1.


Exotic Supercars + Police chases is still the Need For Speed I know and love though.

As a classic NFS type, I played "Need for Speed: Underground." However, I never played NFSU2. It's a game I would probably play if I had the chance. I do kind of miss racing my Hyundai Tiburon in the first NFS Underground, though.

Whilst I played this game and enjoyed it when it came out. I've never gone back to it, nor have I ever wanted to.
As I've grown older I've seen some photos from the cars in the game that have been customised and mother of god they're shocking.

Eh, younger me loves the hell out of this game but modern me can't see a reason to play it outside of using mods on the PC version.

Looking back at it now, the customization was horrible. I don't care about how many front bumpers you can customize a car with if almost all of them look awful (plus I'd personally prefer the real life aftermarket approach anyways). You basically had to rice out your car to progress.