The Crew, nominated by @Nick Skyline 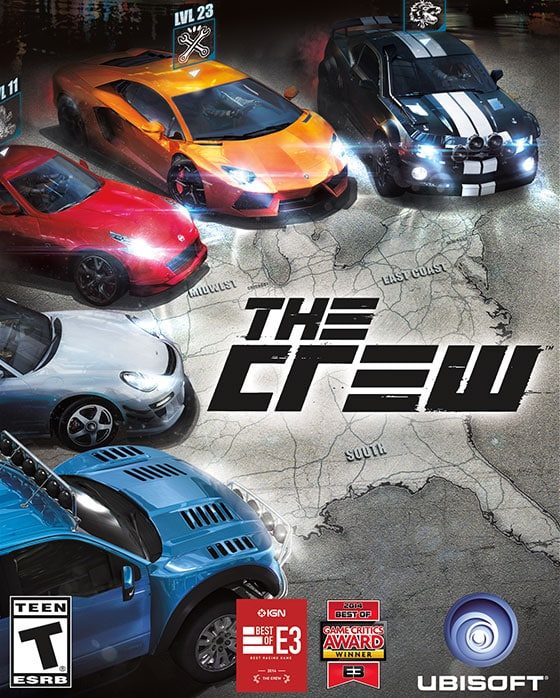 
The Crew is a racing game set in a persistent open world environment for free-roaming across a scaled-down recreation of the contiguous United States. The map is split into five regions: The Midwest, East Coast, The South, Mountain States, and West Coast. Each region has its own unique geographical features. Six main cities (one in each region, two in the Midwest) are featured in the game: Detroit and Chicago in the Midwest, New York City on the East Coast, Miami in The South, Las Vegas in the Mountain States, and Los Angeles on the West Coast. Various other cities, namely St. Louis, Washington, D.C., New Orleans, Dallas, Salt Lake City, Santa Fe, San Francisco, and Seattle, are also featured in the game. Over thirty smaller cities and towns line the countryside, such as Nashville, Norfolk and others. It takes approximately 45 minutes in real time to drive from coast to coast in-game.

The Single-player campaign is up to 20 hours long, and entails infiltrating criminal groups with protagonist Alex Taylor (Troy Baker). Players can also participate in mini-games called skills challenges that are peppered across the world. They are triggered when a player drives through them and involve completing challenges such as weaving through gates and staying as close to a racing line as possible for a period of time. Players' scores are automatically saved so friends can try and beat their scores, in similar fashion to how Autolog works in games of the Need for Speed franchise. Missions can be played alone, with friends, or with online co-op matchmaking. The multiplayer mode lets a maximum of eight players to compete in races and other gametypes. There are no in-game loading screens or pauses. Players can also build cars with a tie-in app for iOS and Android.

The Crew creative director Julian Gerighty has called the game a role-playing game with large-scale multiplayer elements. The multiplayer is not separate from the single-player. Players can form "crews" to race together or against ghost records.

Though the player can play alone, the game requires a constant internet connection to play.

The Crew: Wild Run is the first expansion pack to the 2014 game. It is developed by Ivory Tower and published by Ubisoft for Microsoft Windows, PlayStation 4 and Xbox One. The expansion was announced at E3 2015 during Ubisoft's press conference. It was released on November 17, 2015.

The Crew: Calling All Units is the second expansion pack to the 2014 game. It was announced at Gamescom 2016 and was released on November 29, 2016 for Microsoft Windows, PlayStation 4 and Xbox One alongside with the Ultimate Edition, which bundles the base game, all the previously-released downloadable content, and both Calling All Units and Wild Run expansions.

In Calling All Units, the player is given the opportunity to play as a Police Officer and must arrest illegal streetracers and smugglers. They will gain access to Police equipment as well as various types of cars, to catch suspects. 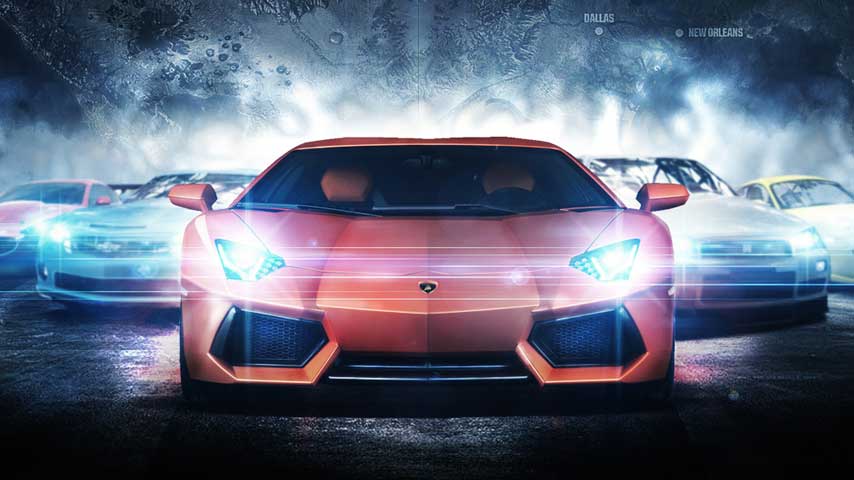 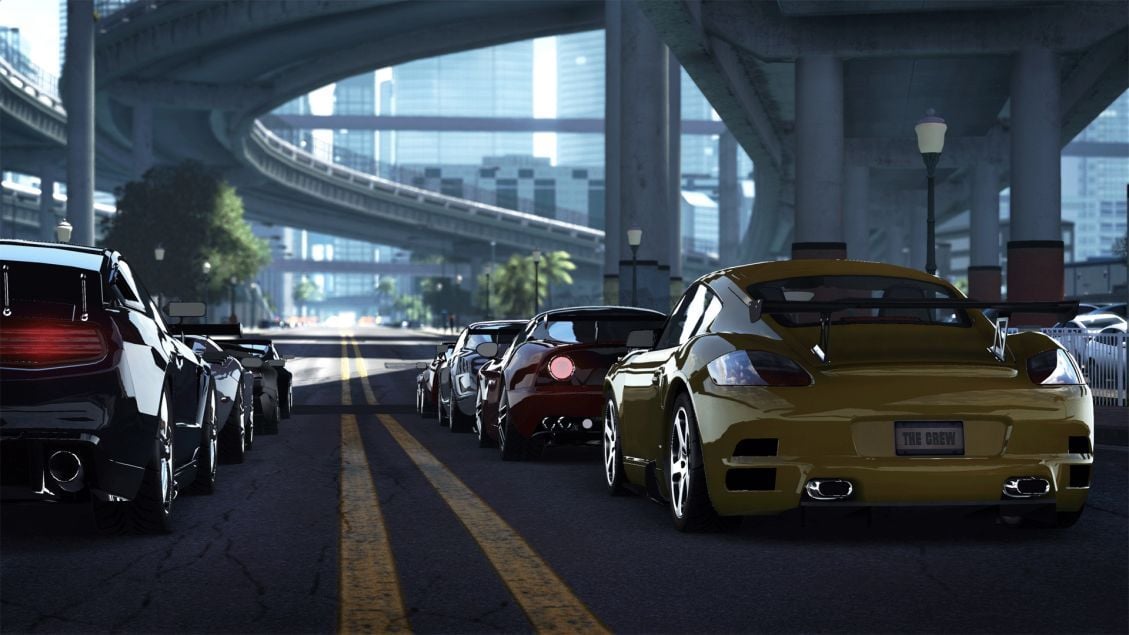 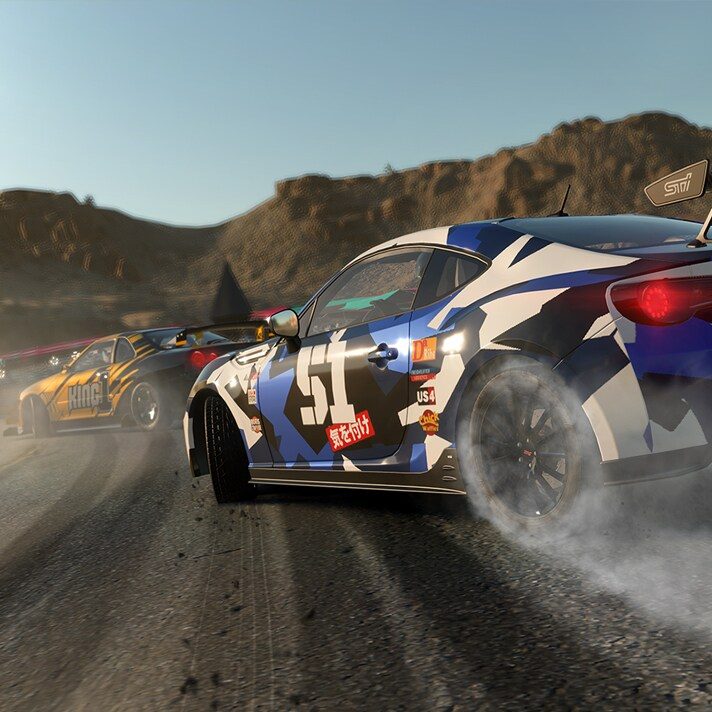 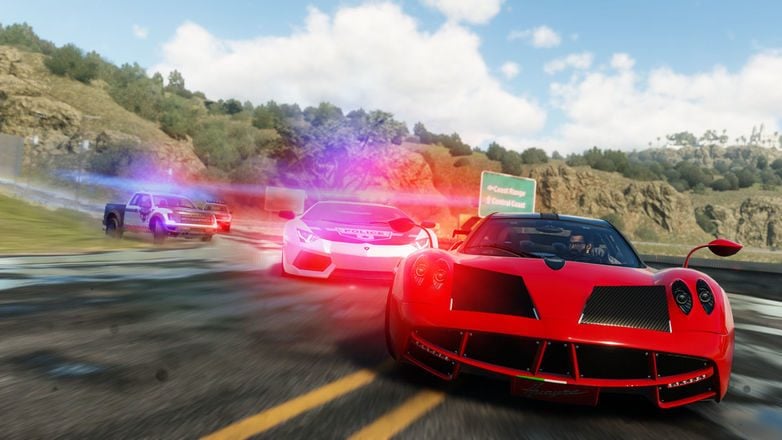 Can't decide where to pick this one... It had a large map but of varying quality, large selection of vehicles with fantastic customization but hidden behind a pretty big grind, physics were fair enough but the rubber banding is/was literally the worst I've ever encountered. Story was pretty eh. Good DLC I guess, but a little pricey.

I'm stuck between C and D. It was pretty fun before I hit the wall of grind, especially when they patched up the loot thing making it much harder to farm upgrades... That's actually when I stopped playing now that I think of it.

It was a C before smart loot and a D afterwards.
M

No wheel support was a big let down
B

mika haka
No wheel support was a big let down
Click to expand...

I'm pretty sure it did on Xbox? I remember using my wheel on it for a bit leading up to my driver's test (any wheel time I could take whatever the form I took advantage of lol)

I enjoyed this game. From a technical standpoint it should have failed; awful sounds, worst racing game graphics on current Gen, and bugs galore. But its "CaRPG" mechanics and sheer nostalgia factor made this one of my top racing games in recent years. It just feels like such a tribute to so many racing games. At different times in the game I kept getting flashbacks to games like Midnight Club LA, NFS 2005, NFS Underground, NFS The Run, NFS Hot Pursuit, NFS Rivals, Burnout Paradise, Baja: Edge of Control, Grid 2, MotorStorm, Test Drive Unlimited, Forza Horizon 1, and more.
The social aspects worked really well, even from an isolationist gaming standpoint. One minute you're tearing through the desert, the next you come across a race track and join in with a bunch of randoms for an hour. And that's not even mentioning the road trips, 2-4 hour races, car conversion specs, addicting upgrade system, territory faction system, many collectibles, and hundreds of micro challenges that keep you grinding for months just to obtain a mere license plate.

In spite of its B to C public rating here, I really do consider this as one of the best arcade racing games of this console gen. And much better than its sequel.

Way more cool than it is good. Great timewaster with an impressive map. I'll give it an A for coolness. B- for gameplay and such.

Edit: I should have looked at dates, didn't realize this thread was months old.