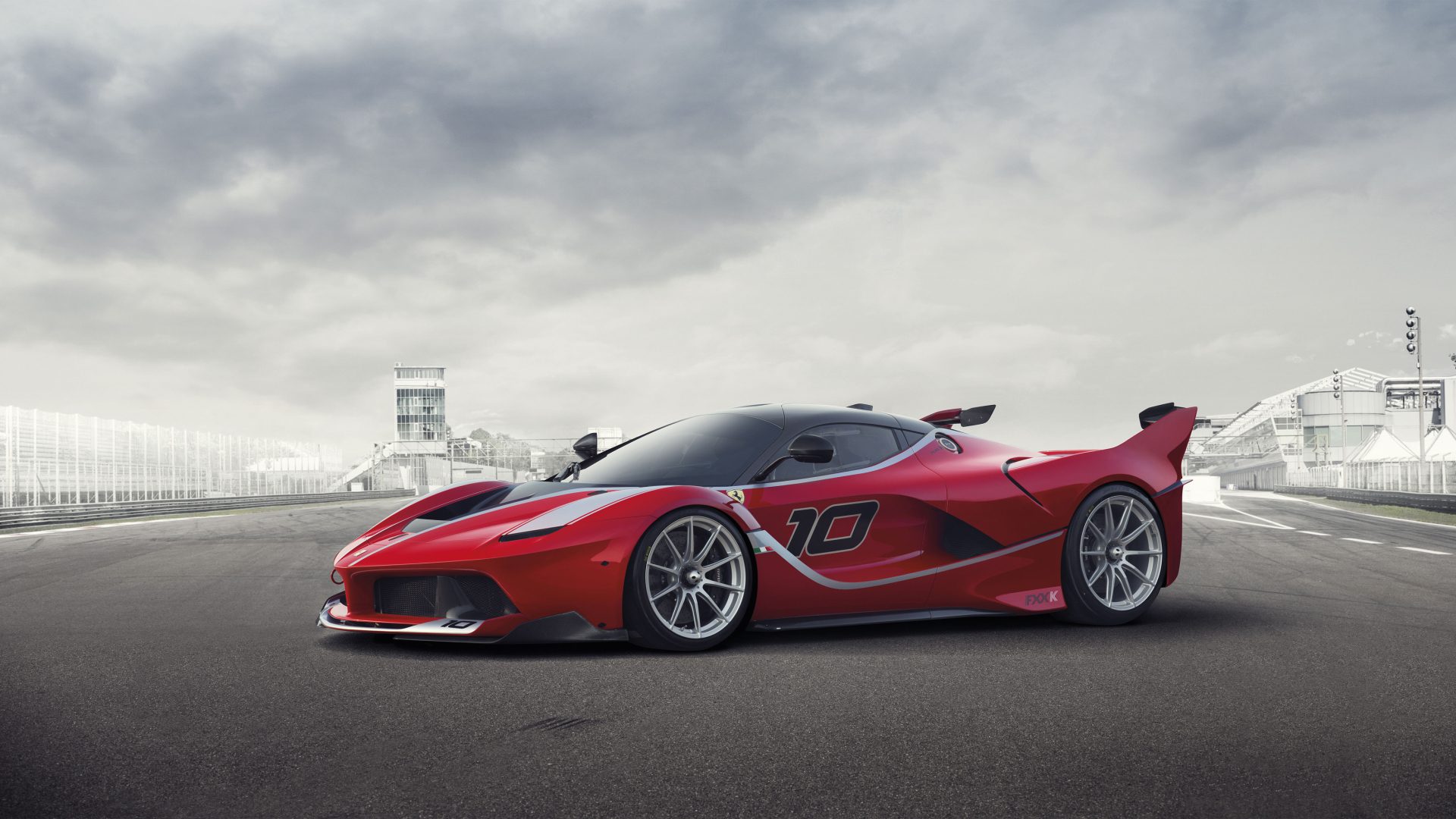 The car has four driving modes: Qualify (maximum performance on short distance), Long Run (for long-distance driving), Fast Charge (for faster recharging of the battery) and Manual Boost, that uses all of the power of the engine and batteries for maximum torque, cornering and speed. It has F1-based technology, including the E-Diff electronic differential, F1-Trac traction control and racing ABS brakes, all controlled from the centre console (Manettino). Like the preceding FXX and 599XX, the FXX-K is a part of Ferrari's Client Test Driver program, that allows owners of XX cars to drive at special tracks, collecting data for use in future Ferrari road and race cars. The front of the car has a large splitter and twin-profile spoiler, the headlights are very small for improving aerodynamics. On the rear, the tail is higher and includes an electronically operated spoiler with a tail fin and a small wing at the end of each fin to maximize the downforce. The car has a top speed of 350 km/h (217 mph). 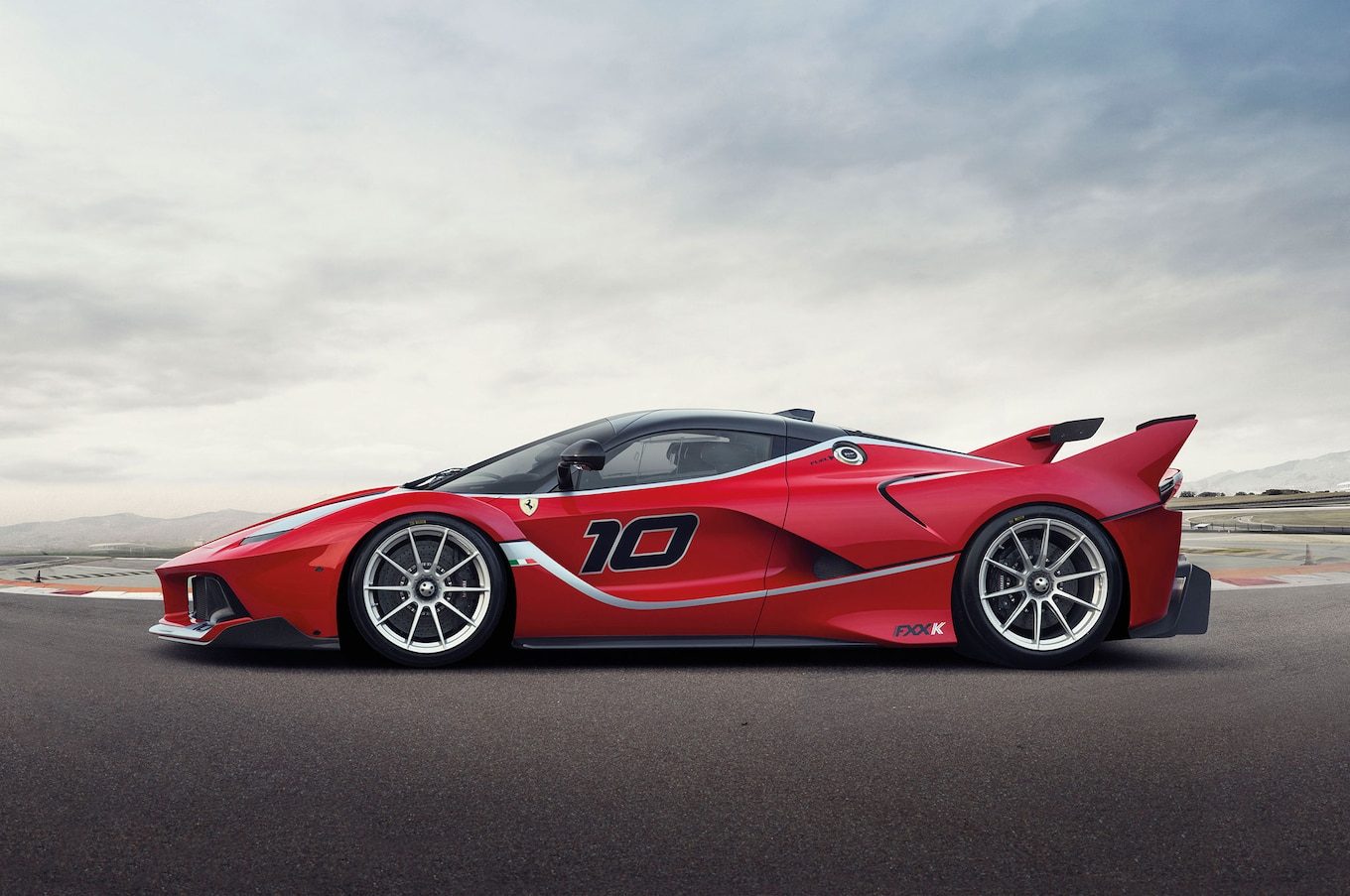 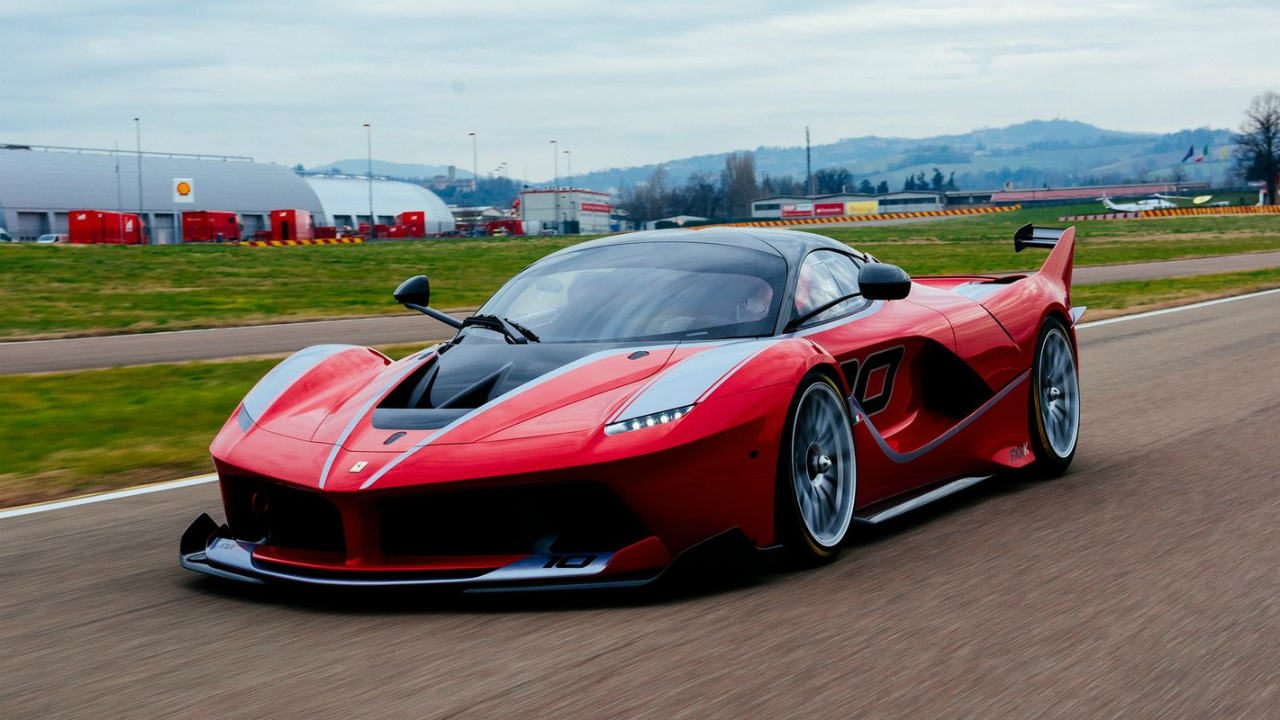 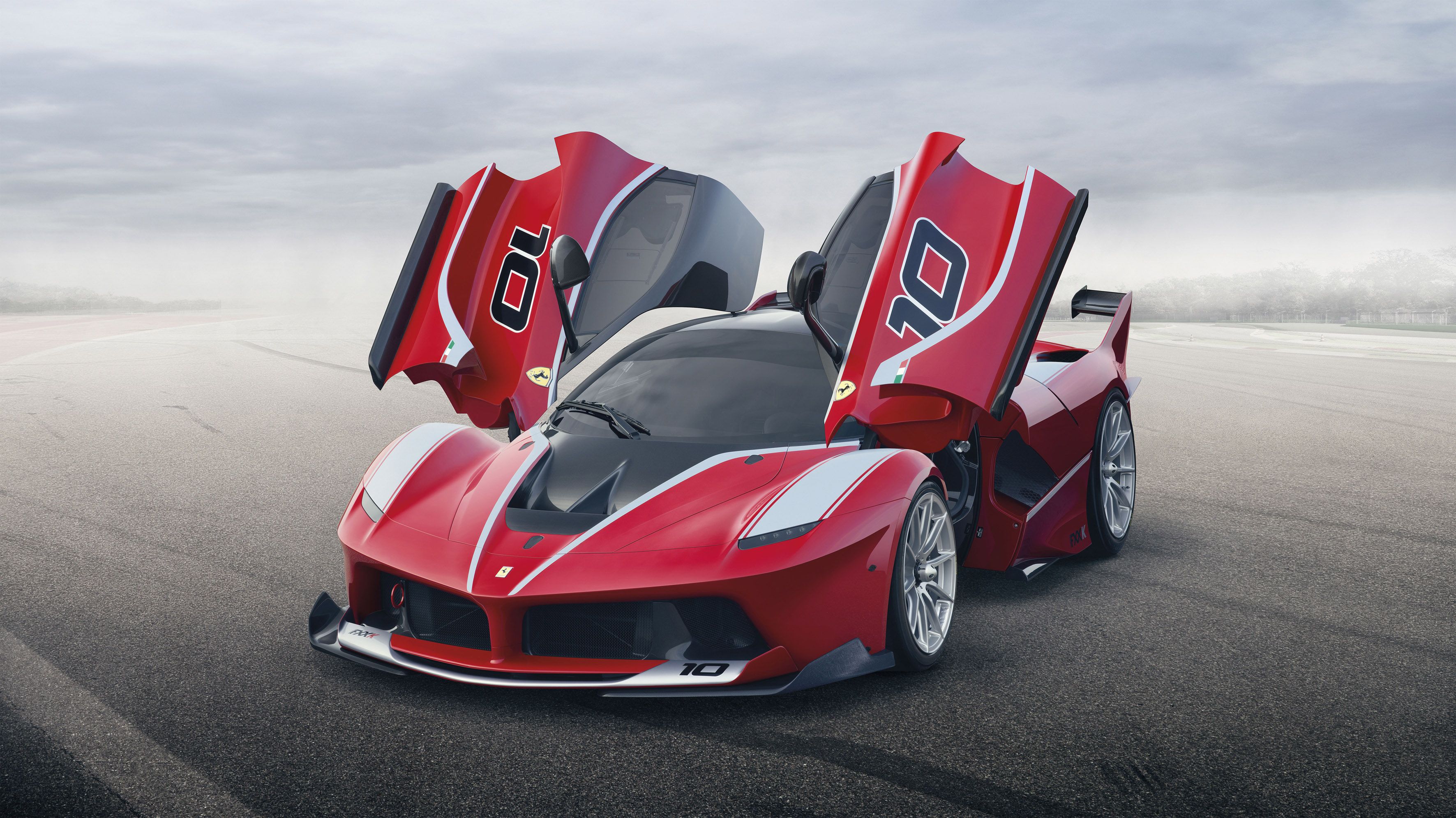 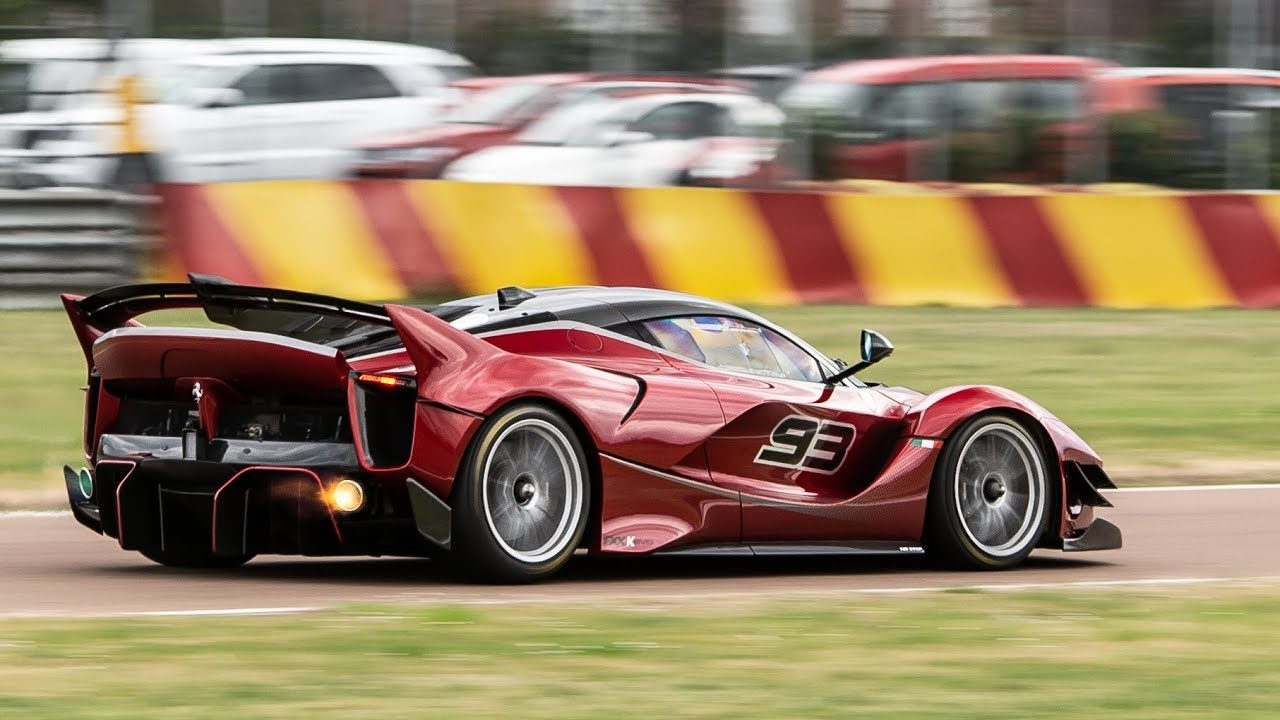 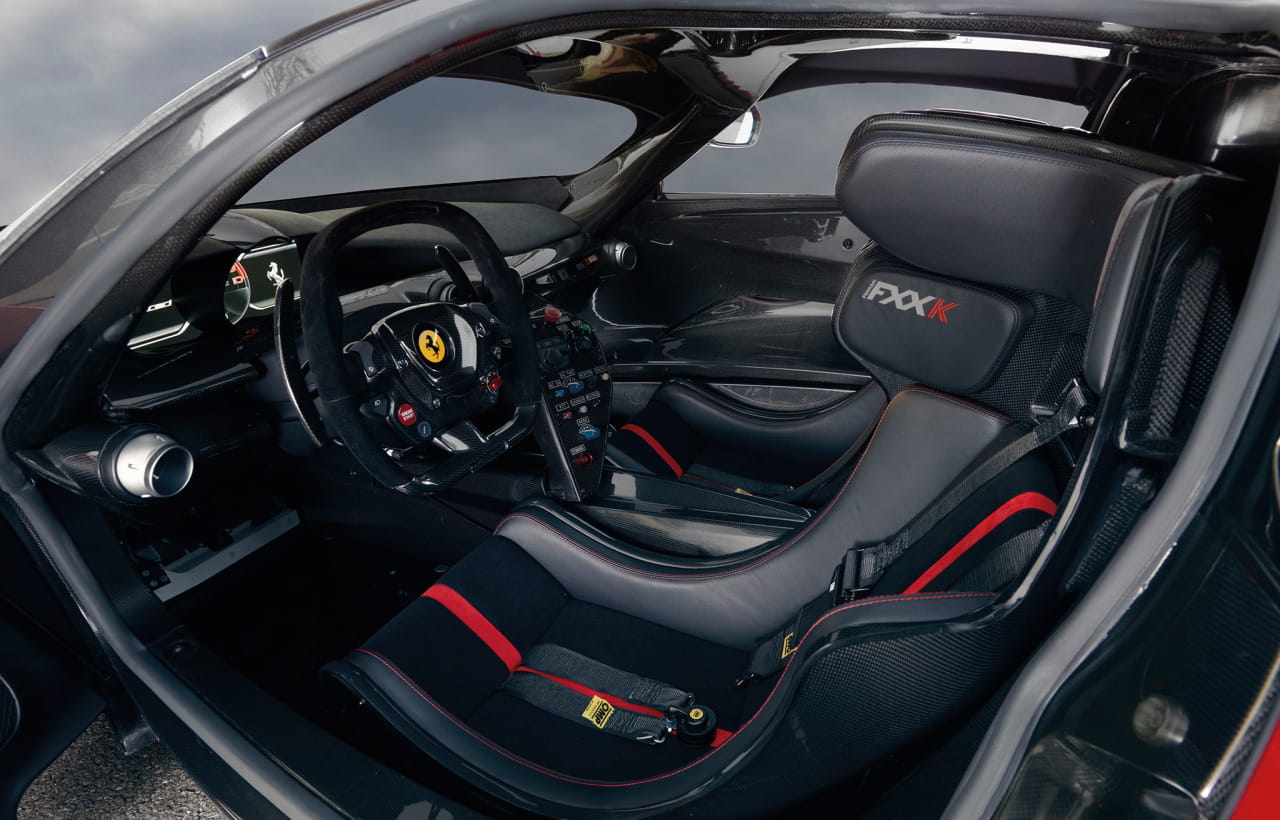 Easy Sub-Zero for this car. I throw around "awesome" a lot, but this Ferrari FXX-K is truly awesome. It has heart-stopping performance, flamboyant looks, and immense character. You may knock it because it isn't a road-going car, but this baby means business, speaking as a Ferrari Tifosi. It also looks better than LaFerrari, which I could never get into looks-wise. I'm still trying to skin my own FXX-K for Assetto Corsa.

Cool, but I'd rather the FXX.

You know that without that electric engine it would be better, like the FXX.
Leaving that apart, this car is way better than the LaFerrari, but not better than the FXX. Still SZ, it's one of the best super/hypercars from the last years.
The proof of the magic of the italian design.

Can't race it. Can't drive it on the road. Uncool.