Is anyone still playing FM3?

Porsche911
Is anyone here still playing Forza 3? I just might start it over again just to have some Porsche fun! I really miss having all the Porsche models in Forza 4. The Ruf's are nice but are not a replacement for the Porsche models that were included with FM3. I especially miss the 1973 Porsche 911 Carrera RS!!!!
Click to expand...

I'm still playing Forza3, I hav'nt picked up Forza4 yet, diasapointed to here about the lack of Porsches thoe. As for me I actually did beat all the "Event List" races and I'm playing through the game for thr 2nd time now n still havin a blast and doin better than I did the 1st time. Until I pick up Forza4 I'm enjoying the 911 Carrera RS, WHAT A GREAT CAR!

I still own Forza 3, but haven't played it in ages.

Each time I think of playing forza 3, I get a mental image of ai repeatedly shunting me, kinda puts me off it.
Also I wish forza 3 was worth trading in. Forza 3 on amazon "
Trade In this Item for up to £0.65".

I still play FM3 sometimes but not online since my Xbox Live subscription ran out... Anyways, just dropping by to post this Supra I decorated in the days of FM3: 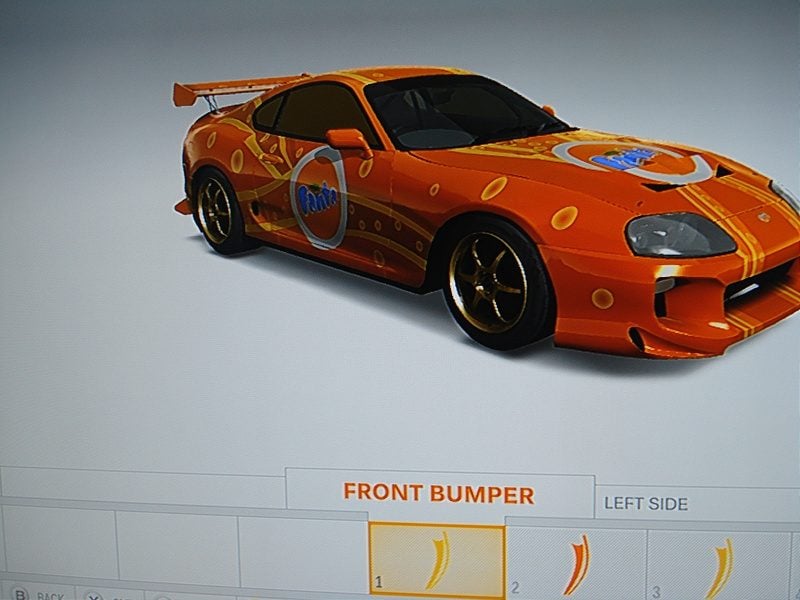 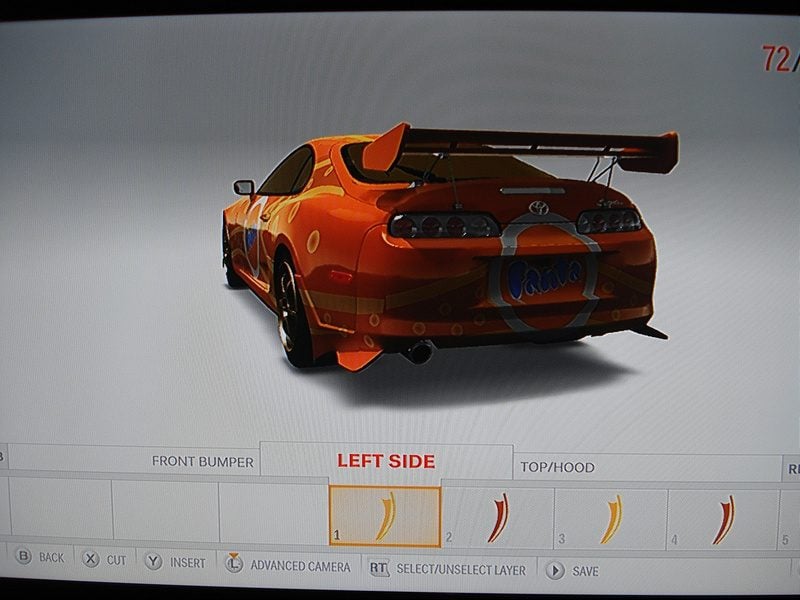 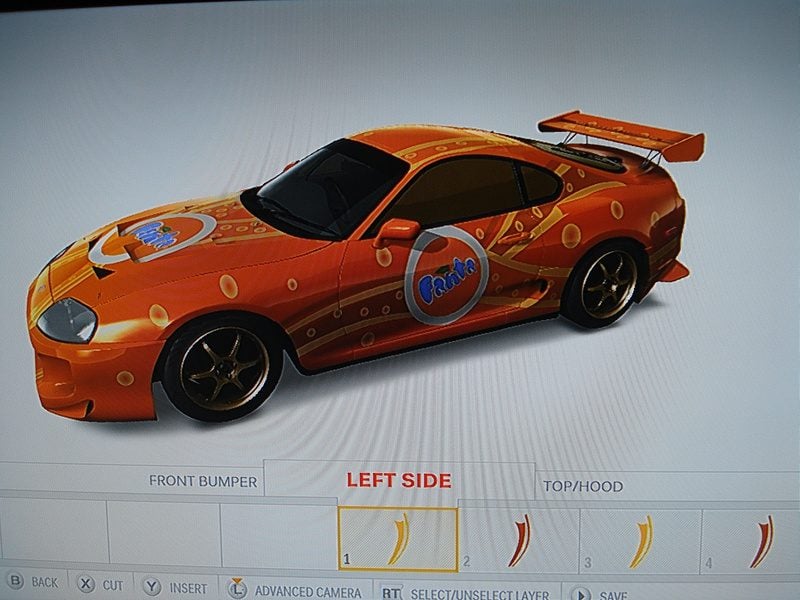 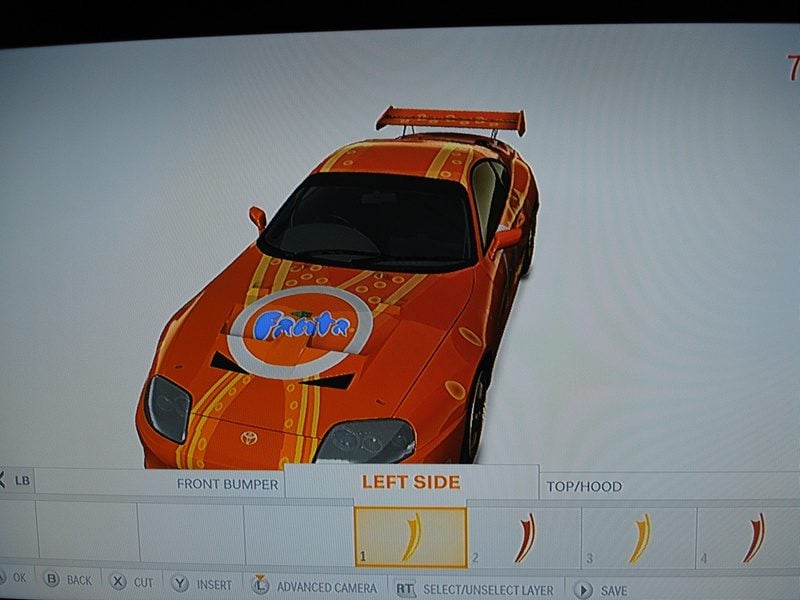 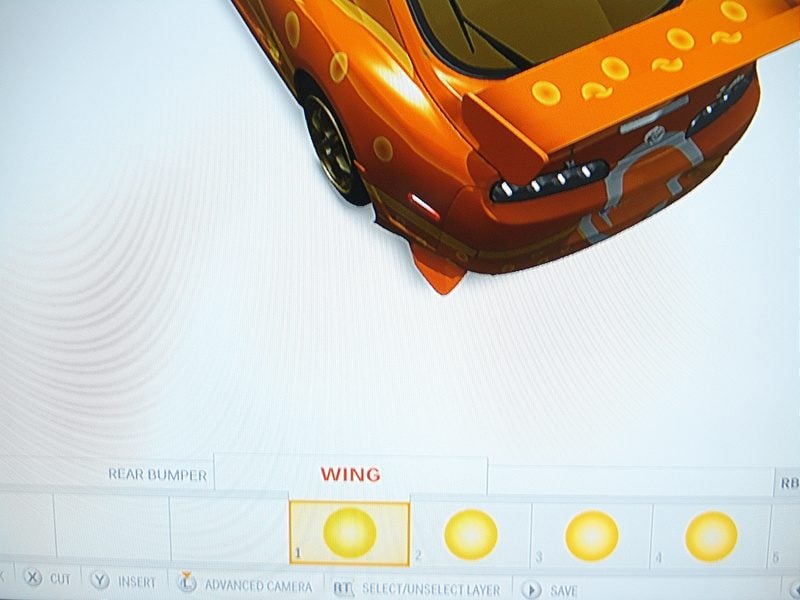 So many memories have been left with this game.
S

I will be still playing FM3 when I get an Xbox again. I still want to 100% it and I've got 3 or four achievements left which I think are the 6 years, complete all events and get a lot of points drifting...I think there's one other one I'm missing, but I can't think of it, and the Xbox website is being stupid.
K

I've done 75% now. I hope there will be an ultimate edition of Forza 4 by the time I start with it...

I HAVE it but i DONT play it
V

phillkillv2
So many memories have been left with this game.
Click to expand...

And so many good cars! I had this awesome C class mugen integra... just wouldnt tune the same way in FM4.

Could never go back to this game after playing Forza 4

I don't think I've played Forza 2, but Forza 3 looks pretty good. I might consider getting it.

Hi, I'm new here, I still play Forza 3 but will stop if I cannot get my credits back that dissapeared.

-> I haven't played mine yet, but I bought the last copy of the Ultimate Edition 9 months ago.

Yeah, just popped it in a few days ago as I was missing the old track. Amazing how fresh and polished this game still feels.

I bought a copy for myself recently (because it's super cheap in Poland, costs around $7.00 per copy...), and I must admit that:

- I like it :-)
- the physics is worse than in FM4 (obviously), but I treat it more as an arcade game that I play when I'm a bit too frustrated with FM4 achievements (or shall I say - the lack of it...)
- it works well with MS 360 Wireless Speed Wheel
- some of the tracks looks better than in FM4 in my opinion (i.e. Fujimi Kaido, clouds at Circuit Catalunya - looks really beautiful)
- I also like the Rally Positano and Sidewinder full circuits (that's something FM4 is missing - few more long-distance open roads to try some rally cars on it, like the Peugeot 207 rally spec);

Overall, I'm pleased with it and yes, I still play it from time to time.

Somewhere in the UK

I`m currently trying to complete it before Christmas. On Year 5 Race 6 out of 11.

Yeah I am still playing, trying to finish off some achievements but not much money to get cars etc.

I might hop back on FM3, even though all the car packs are gone...

I picked this up today for the princely sum of $5 if only to drive the Ferrari 550 GTS again. Well worth to hear that V12 sing again. Such a shame licencing issues prevented the car returning in later games

. Bonus surprise-I forgot New York was in FM3. And the number of GT cars from Speed GT (Realtime Racing NSX anyone?). Not to mention the Cadillacs, Volvo, the Audi S4 and RS6. Such a trip down memory lane.

I just bought the game from cashconverters online store for 4 dollars I cant wait to play it again.

Fm3 and Fm4 was the peak of the series a lot of people will be saying its the nostalgia I do have Forza 7 for xbox one but really it fails to capture magic of fm3 and fm4.

Biggest gripe with fm3 and fm4 is that needs more tracks like bathurst, spa, monaco, monza amd various other tracks its true many came to the series over time still do wish fm3 and fm4 had these tracks they were like missing puzzles to a perfect game.

So I fired this up again and started a new game on my current account. Checked my messages and lo and behold I was gifted at least a dozen cars most of them with special paint jobs pertaining to other video games. A bit random as my memory doesn’t remember this happening when I last played the game on an older account that I used for this originally on release but not much anymore. Favourite one has to be a Honda NSX GT500 with a Fujimi Kaido inspired livery.

When I read that PD had the Porsche Licence, I expected something like this;
2

Will PORSCHE have a special part in Gran Turismo 7 ?
2

Is it possible to change the color of a door handle?