During August's Pebble Beach Concours dElegance, Lamborghini CEO Stephan Winkelmann laid out some of his company's plans for its 50th anniversary taking place in 2013.

The highlight of the plans was the Grande Giro Lamborghini, an epic 750-mile rally through Italy kicking off on May 7 of next year, the same date 50 years ago that Automobili Lamborghini S.p.A. was incorporated and the inaugural foundation stone laid at its factory in SantAgata Bolognese.

The good news is that Lamborghinis 50th anniversary will be no different, with Winkelmann confirming to Automotive News that the automaker will unveil a new model.

He described it as a special car and a one-off design. He also said it wont be a revival or retro design.

This suggests that were likely to be treated to something like the stunning Aventador J, another one-off design developed to showcase Lamborghinis personalization skills. As we previously reported, Lamborghini is looking to expand its personalization services and will be building more one-off cars in the future.
Click to expand...

I wonder if a tractor will run in the rally.

Their designs have been pretty questionable lately. They better get this one right.

The Cabrera is also due to be shown next year as well. I wonder if this will showing some of its design cues.

Yeah, or a shopping cart in the rally.

A tractor would be brilliant

I kinda wanted a modern take on the Countach but I guess that statement rules that out.

Lamborghini Automobili and Lamborghini Trattori are two separate companies if I'm not mistaken, so I doubt that a Tractor makes his way on the rally...

I read somewhere yesterday that a Special Edition of the Aventador is likely to be that "New car"... I'll look for the link during the day so you can also see it... 👍

Lamborghini 's 50th anniversary car could be thier fastest car ever

We already know Lamborghini is planning a special car for its 50th anniversary this year, and which is set to be unveiled at the 2013 Geneva Motor Show on March 5.

Now, thanks to comments from Lamborghini design chief Filippo Prini, we also know that it will be the fastest model ever launched by the automaker.

Speaking with Drive, Prini said the car will be a big surprise and that Lamborghini hopes it will shock the automotive world once revealed.

The good news is that it has a lot going for it. The new car is expected to be faster than the track-only Sesto Elemento, which can accelerate to 60 mph in just 2.5 seconds and reach a top speed in excess of 200 mph.

However, unlike the Sesto Elemento, it will be street legal.

Its not clear yet how many examples Lamborghini will build, though as many as 10 units are possible.

It will most likely be based on the Aventador,
Click to expand...

Ok, so the Anniversary car will be like how the Reventon is to the Murcielago? And FASTER than the Elemento?

ZohsixGT5
I wonder if a tractor will run in the rally.
Click to expand...

A tractor would be good because Lambo started out as a tractor manufacturer... >.>

I hope it can go Koenigsegg speed, kinda thing

Seriously doubtful. Since when is the SV limited to 20 or so pieces? And if it's "based on the Aventador", that implies it won't even carry the same name, or design.

This will be like the Sesto, or Reventon. Limited, special, and radical.

Way, way to early unless they want use the SV name for the sake of it.

Since this is based on the Aventador, I don't believe it will be anything in that lineup.

Hm. I wonder if it'll be Reventon-esque.

Missed the part about the limited production. Maybe they'll call it the Ferruccio?

Haha yeah.
Probs the Aventador chassis.
With (hopefully curvy old school) different body panels.
And if it will be faster than the Sesto and Aventador, then it should have heaps of power, and probably AWD.

Can't wait, when is the 50th btw? What time this year?

According to this, the new concept will be a V12, GT coupe similar to the F12. But, it seems like it will be the Estoque & merely a consideration.

However, according to a couple insiders, it won't be that & will be something similar to the Diablo SE30/Murcie. 40th Anniversary, and merely be a Aventador 50th Anniversary edition.

That sounds cool, so it will be a front engine 2 door GT car? Just like their first car the 300GT.

I hope they will use a different design language this time urus/aventador/sesto elemento/reventon/estoque all have that angular stealthy design. Not that I don't like those designs but maybe it's time for something fresh.

I'm always hoping they will make a new Espada-esque car. A nice sleek looking gran turismo with 4 seats, front engine etc. Not an uncompromised race car, but a luxurious car with very nice performance. Like the original cars Ferruccio built.

The Estoque would have been this in a heartbeat, but Lamborghini shelved the car. At the time, the car wasn't canceled, but 4 years later, the car itself is remaining a concept showpiece.

Had the car been shown last year, it'd have a much stronger chance at production now that Lamborghini is trying to branch out to a bigger market. However, they seem to be going in the SUV-direction instead of the 4-door. Which is a shame because the Estoque with some minor updates could still fit in very well with the Aventador.

It needs to be a modern Countache. Mental in essence, and not a car to live with, but it needs to be mad and fast.

cgg
It needs to be a modern Countache. Mental in essence, and not a car to live with, but it needs to be mad and fast.
Click to expand...

Won't ever happen.
1) The company will never produce a retro-model.
2) Those types of cars will never sell in the current market. Those days are gone.

McLaren
Won't ever happen.
1) The company will never produce a retro-model.
2) Those types of cars will never sell in the current market. Those days are gone.
Click to expand...

While that's true I wouldn't mind seeing something new. It wouldn't even need to be perfect, it just needs to look similar, and obviously blow the original away. The current platform they use could easily be changed up a bit to make it work.

The new car is a quicker, limited edition Aventador.

Just seen the Aventador special edition for 50th anniversary: a light yellow car (lemon color) with bigger front spoiler, bigger rear diffuser, some difference in the upper part of front lid. Black front spoiler, black rear diffuser, black engine cover. Rims look a bit different too, but here i'm not sure: they are silver but looks a bit different from the standard ones.

A very good looking car, very aggressive: reminds the LP670 SV tuning mods versus the standard LP640, but this 50th Aventator does not have a fixed rear wing, looks to have the standard retractile rear wing.

However, the word about the 2+2 GT is still true as well as a current model with new mechanical bits.

StreetLegal
Yeah, or a shopping cart in the rally.
Click to expand... 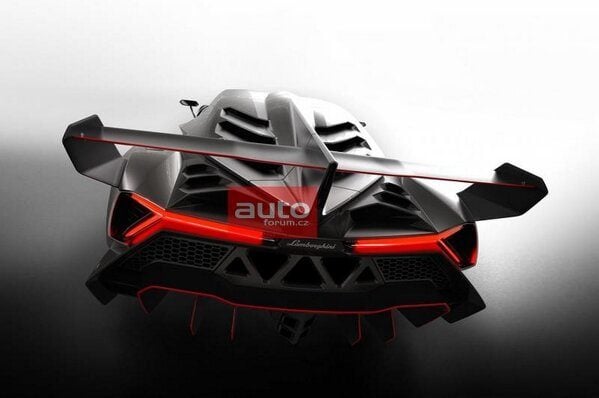 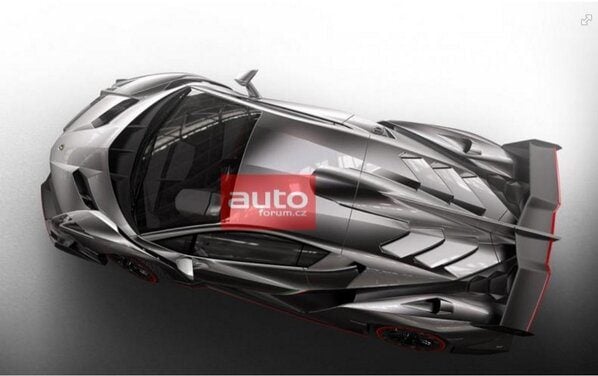