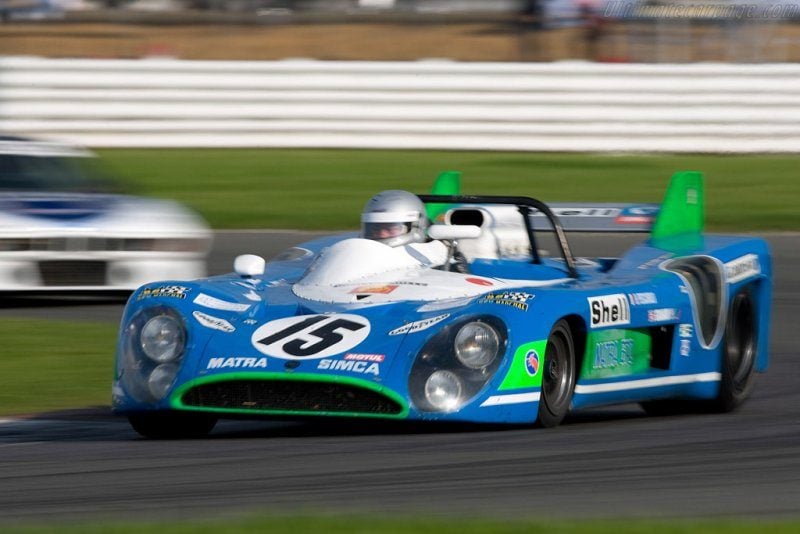 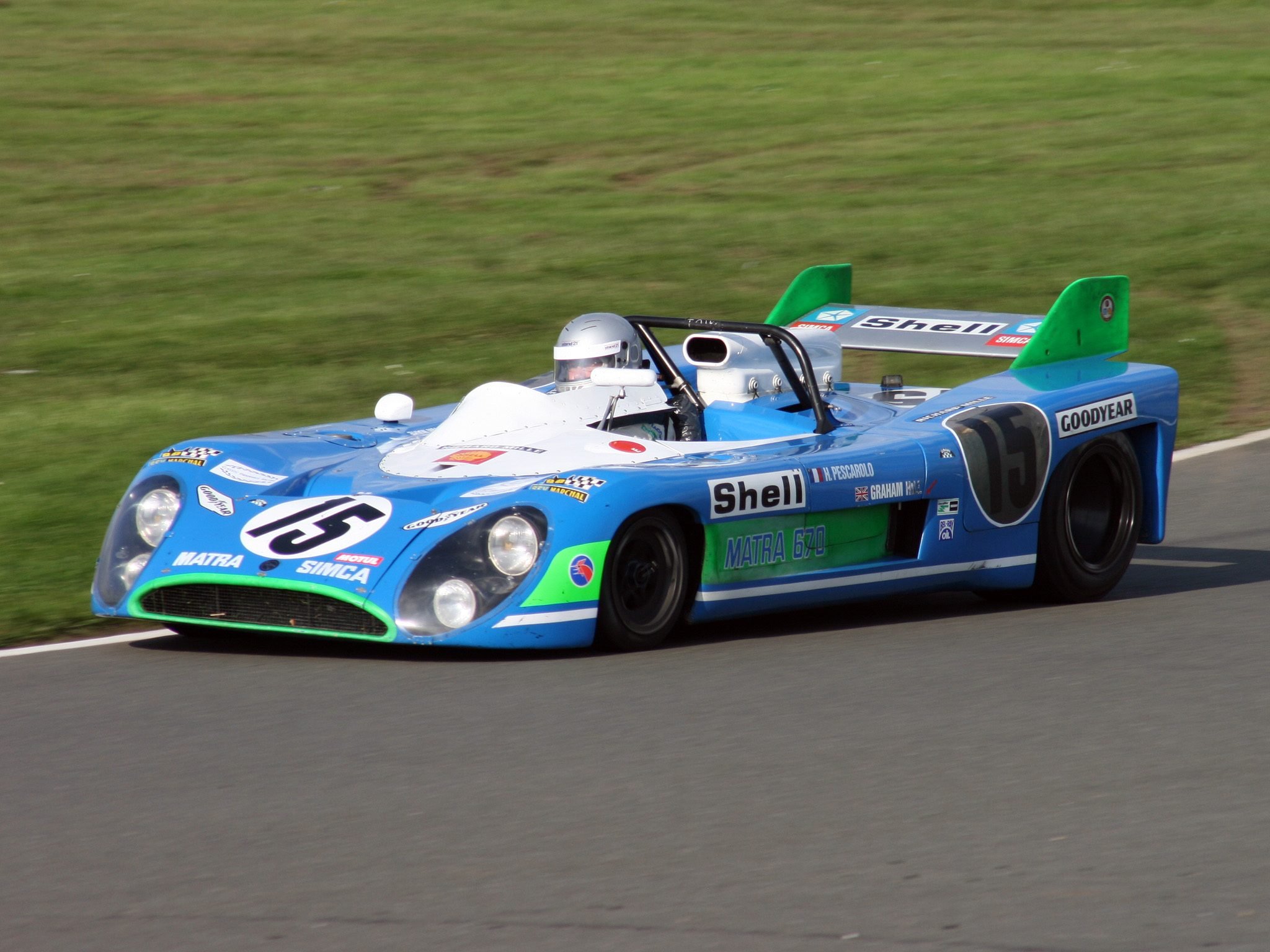 Even though it's hosted in the heart of France, the world's most famous endurance race has traditionally been dominated by the Italians, Brits and Germans. By the mid 1960s, it had been well over a decade before the last French victory in the 24 Hours of Le Mans and it did not look like that would change any time soon. So when in 1967 Matra announced their desire to win the 1969 F1 World Championship and the 1970 Le Mans with a completely French machine, the many French enthusiasts were ecstatic. It was quite an ambitious desire as the aerospace company had only become involved in the automotive business just a few years earlier. 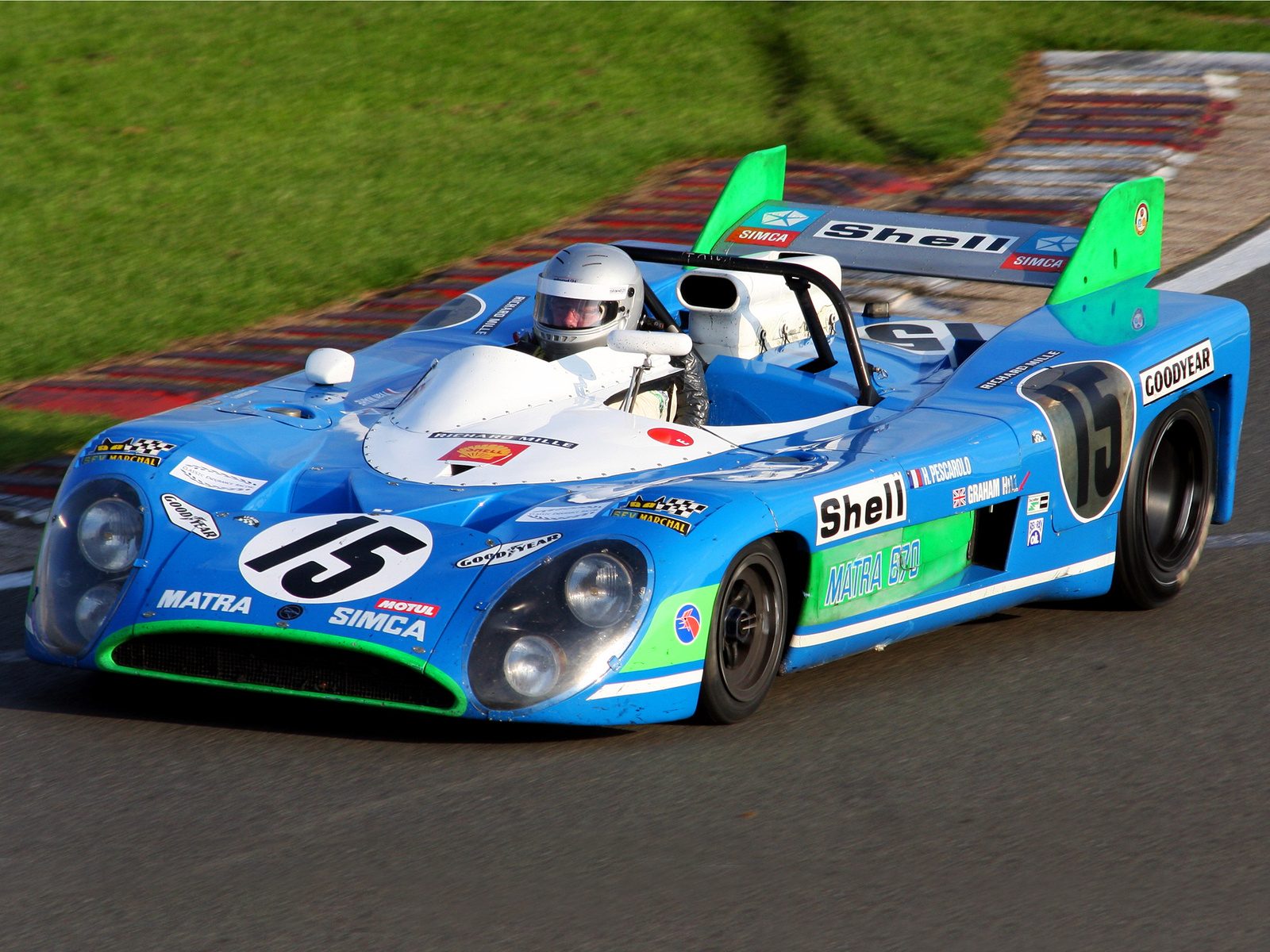 The reason why the rather wild claim could be taken seriously was the major revision of the sports car rules for 1968, which limited prototype engines to 3 litres. This was the same displacement limit as in Formula 1 and meant that Matra's new engine could serve a dual purpose. While waiting for the new engine to be developed, the company campaigned single seaters and sports cars with foreign powerplants. Dubbed the MS620 and MS630, the first Matra sports cars featured a traditional spaceframe chassis and a fiberglass body. Campaigned in 1966 and 1967, they used BRM and Ford V8 engines. 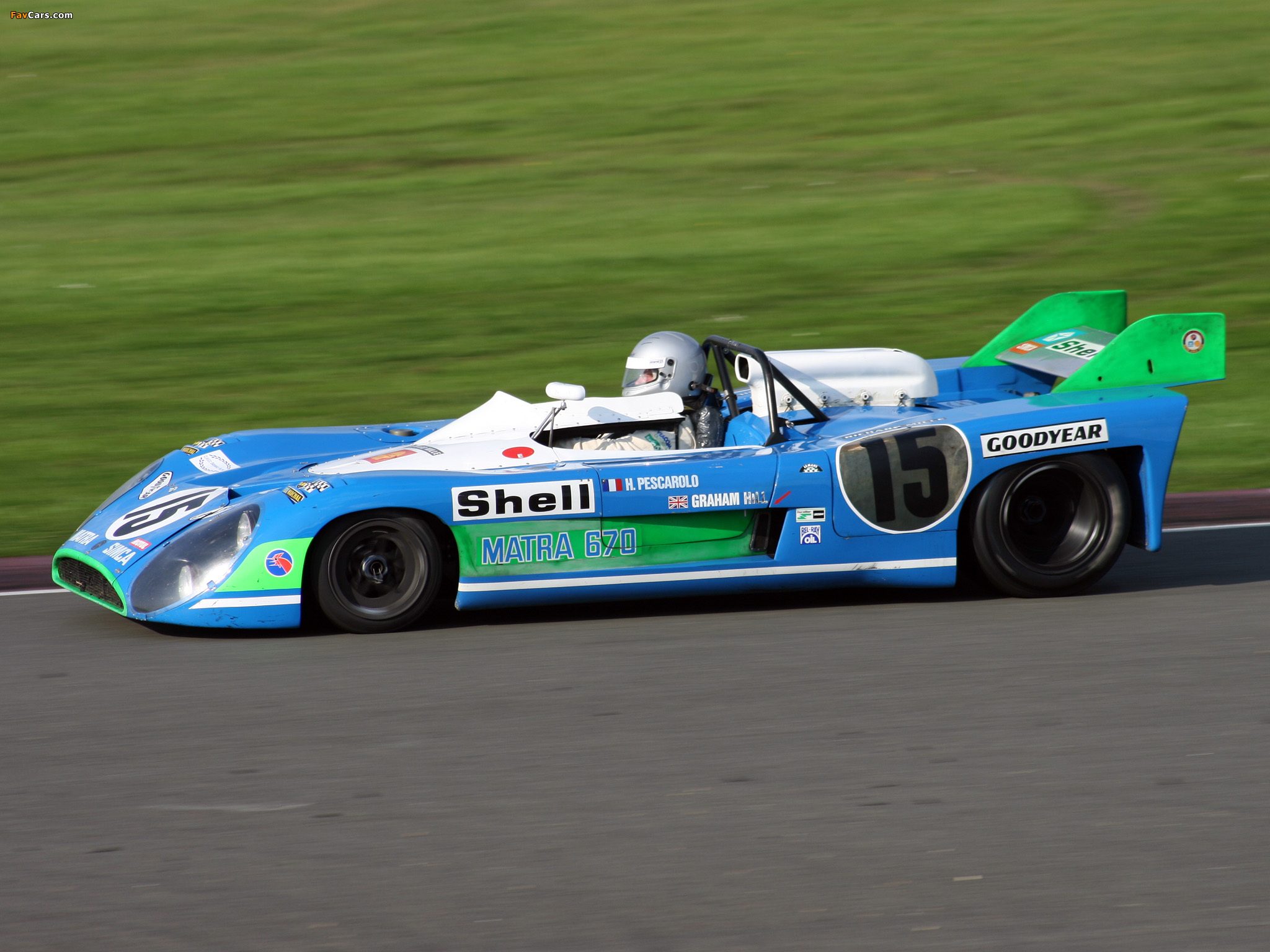 Shortly after the 1967 announcement, specialized company Moteur Moderne was commissioned to construct a three litre V12 engine after a design penned by Georges Martin. With a 60 degree block angle, twin overhead camshafts and four valves per cylinder, there was nothing particularly ground breaking about it, but the build standards were very high. After a brief development period, the engine was installed in a newly constructed MS630 chassis for the 1968 Le Mans race. Although in endurance trim the engine was still good for a claimed 385 bhp, which was more than a match for Porsche's three litre racer of the day, the 908. It was fast straight out of the box and drivers John Servoz-Gavin and Henri Pescarolo gradually fought their way up to second place before a puncture caused a crash in the 22nd hour. 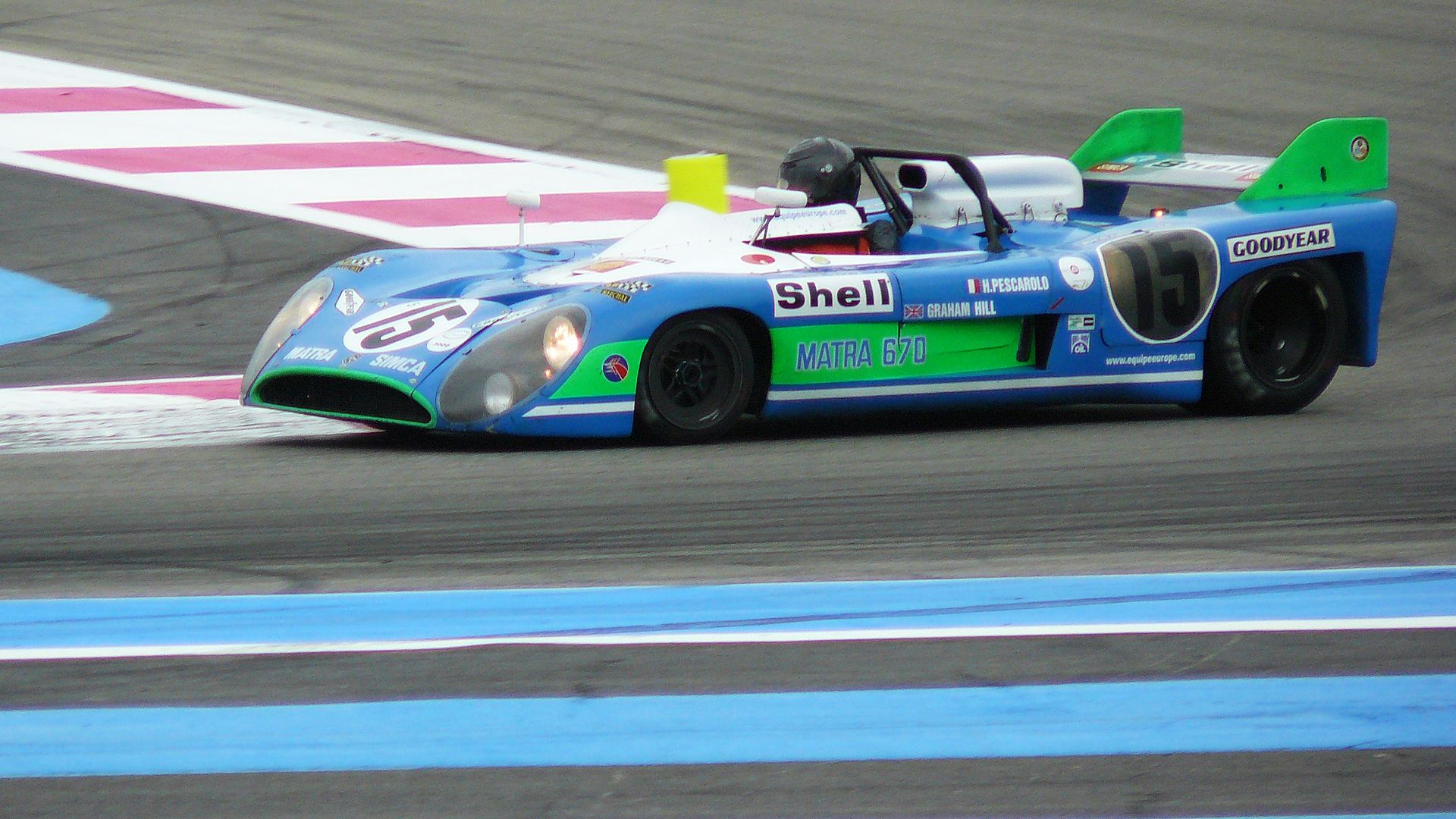 Encouraged by the great display of speed and reliability, Matra Sport planned two V12 engined models for the next season; the fixed head MS640 and the open MS650. The low-drag coupe bodied car was designed by Robert Choulet specifically for high speed races like Le Mans. Sadly at the first test Pescarolo had a very heavy accident in the high unstable car and it was not rebuilt. The MS650 was technically very similar to the 1968 car, but featured an open body similar to that fitted on the new Porsche 908/2. The engine was further revised and the intake trumpets were moved from in between the camshafts to inside the 'V'. Power was up to 410 bhp. At Le Mans the V12's reliability was once again underlined with the new MS650 finishing fourth, the old MS630 Coupe fifth and a MS630 fitted with the V12 engine and barchetta body seventh. The first major success was scored in December of that year when Jean-Pierre Beltoise and Pescarolo won the Montlhery. 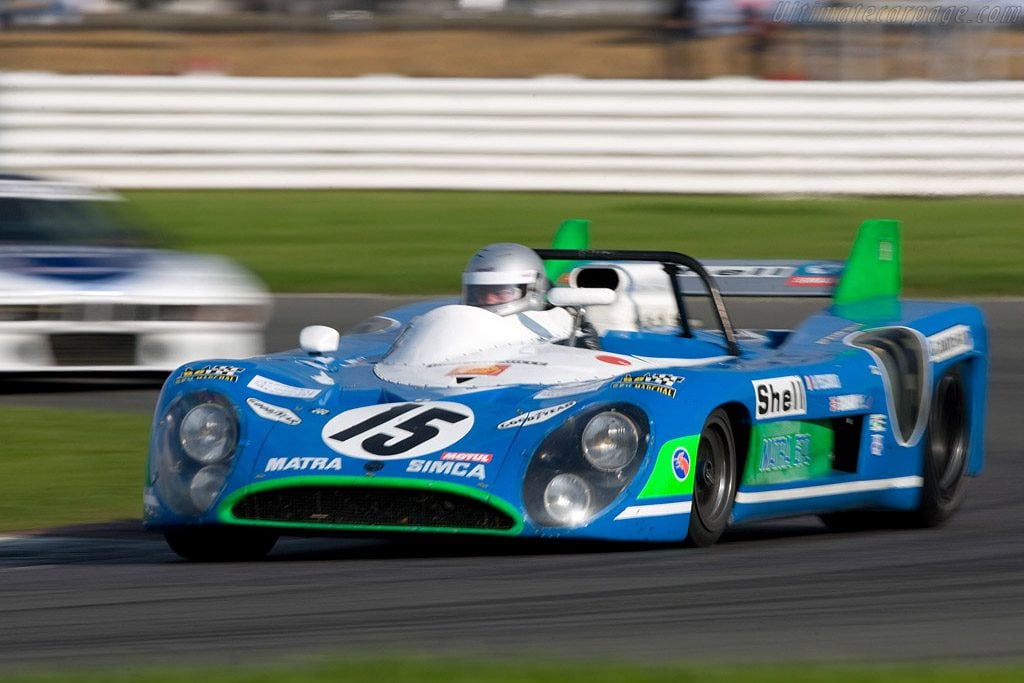 While the Matra sportscar program was gradually taking shape, the manufacturer did very well in Formula 1. Although powered by the British Cosworth engine, Jackie Stewart won the 1969 World Championship with a Matra, which was almost as predicted in 1967. Next up should be a win at Le Mans, but the advent of the 5-litre Porsche 917 and Ferrari 512 did not make it any easier. Nevertheless the French team persisted in their efforts and were now backed by Chrysler France; the cars were entered under the Matra-Simca name from then on. Two more MS650 spaceframe chassis were constructed and work was started on the development of a full monocoque chassis. Dubbed the MS660, the new monocoque and long wheelbase car was ready in time for the 1970 Le Mans race. 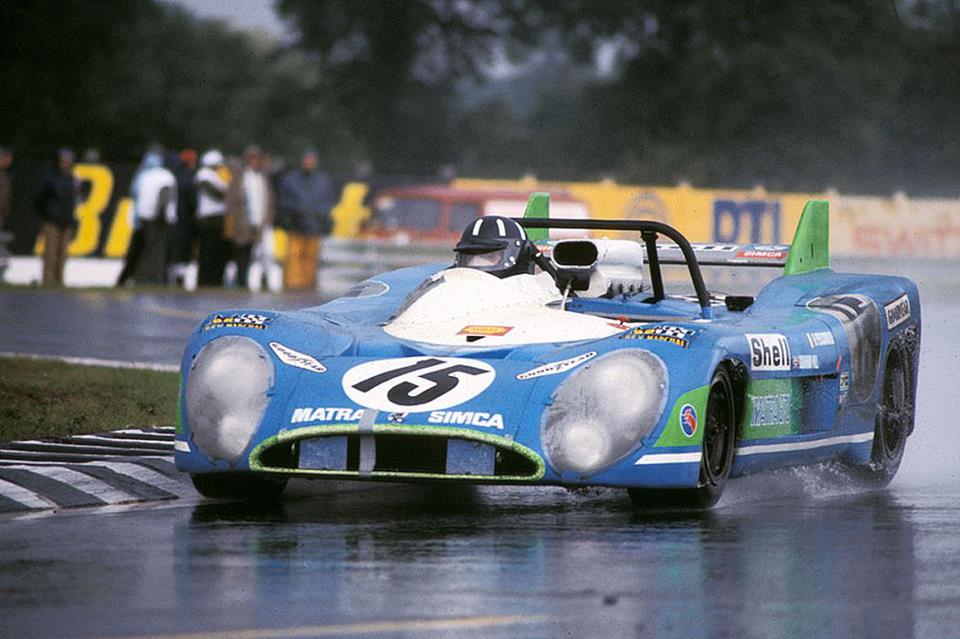 In preparation for the big race, a two car team competed in the first three World Championship rounds, but the results were far from promising with a fifth for Servoz-Gavin and Pescarolo at Sebring as the highest finish. Now producing in excess of 420 bhp the V12 engine and drivetrain were now truly stressed, which caused none of the three cars entered at Le Mans to get passed the eight hour. Later that year the MS650s finished first and second in the Tour de France and the MS660 scored its maiden victory in the Montlhery 1000 km. In the next season the Matra effort consisted of just one MS660, but again it failed to impress in a year dominated once more by Porsche and Ferrari. The short wheelbase MS650s were dusted off once to successfully defend the Tour de France title. 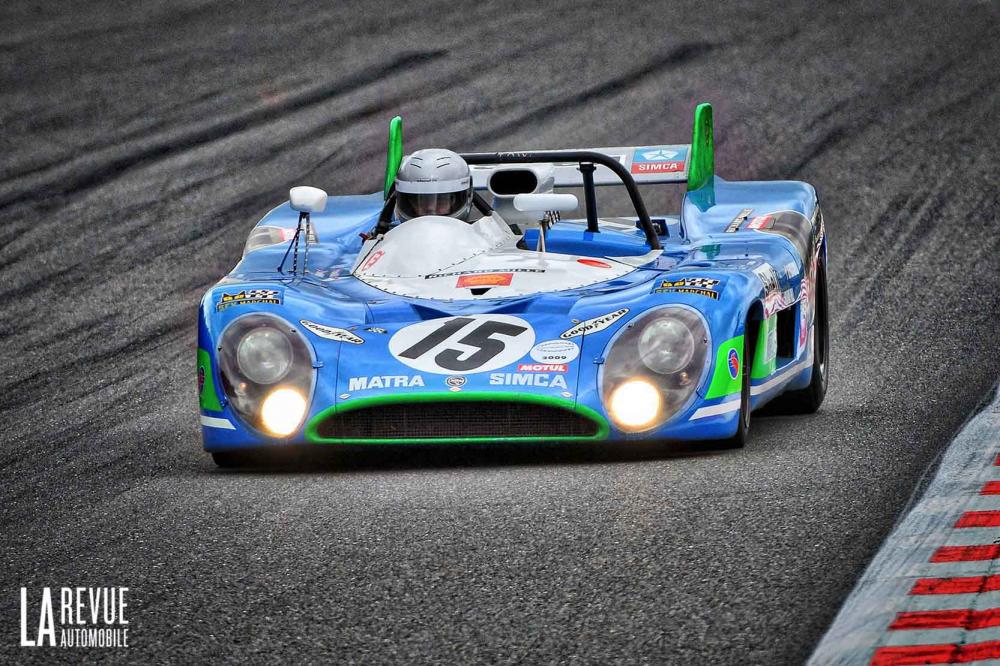 There was good news after this highly disappointing season as the 917s and 512s would be banned for 1972, leaving the fight for overall glory to the three litre prototypes. It was also decided that the 24 Hours of Le Mans would no longer be part of the World Championship. For Matra the World Championship was not a priority and the team focused completely on Le Mans. The MS660 evolved into the 450 bhp MS670 and the barchetta body was further refined with the introduction of a rear wing. Ferrari took the opposite route and concentrated fully on the championship and with the 312PB took the victory in every one of the ten rounds. Enzo Ferrari felt his car was built for 1000 km or six hour races and decided not to enter it at Le Mans. This effectively paved the way for Matra, who took a convincing one-two win at Le Mans with Pescarolo and Graham Hill piloting the winning car. 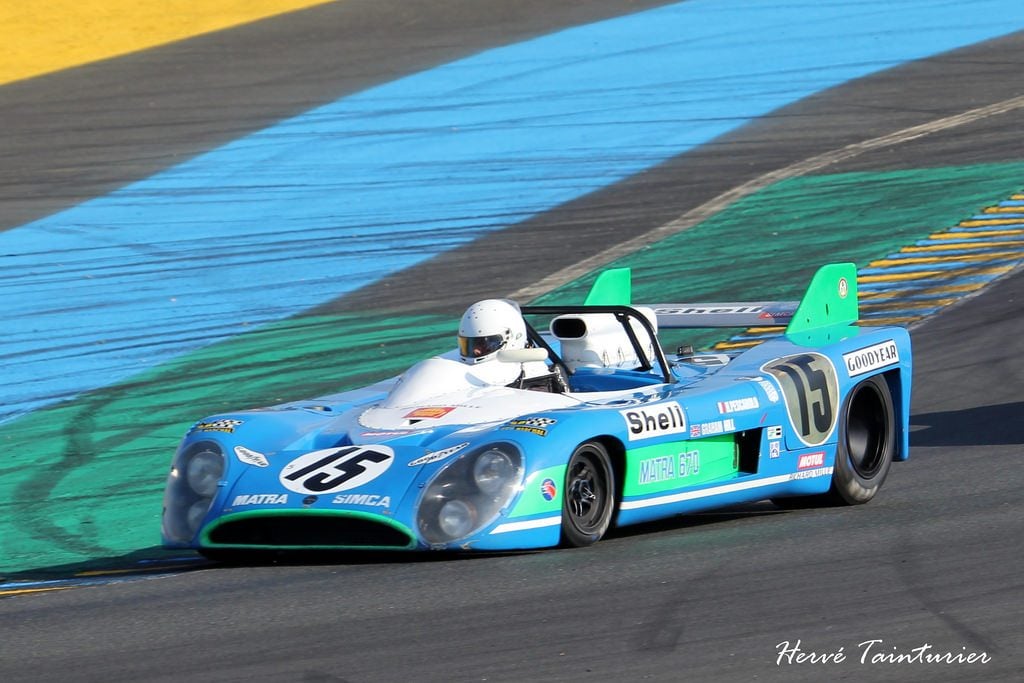 At the end of the season the big question was which was the quickest of the three litre prototype and the question would be answered in 1973 as Matra decided to take part in the World Championship and Ferrari ventured out to Le Mans. The resources required for this big campaign forced Matra to withdraw from Formula 1, where their V12 engine was not quite as successful. While the basic package remained the same, there were numerous detail changes made to the cars and for Le Mans three new chassis were constructed, which were officially dubbed MS670B. The pre-season question was quickly answered in favour of the Matra team by convincing victories at Vallelunga, Dijon, Zeltweg, Watkins Glen and again at Le Mans. Matra was crowned World Champion. At the end of the season Ferrari withdrew from sportscar racing to concentrate on Formula 1. 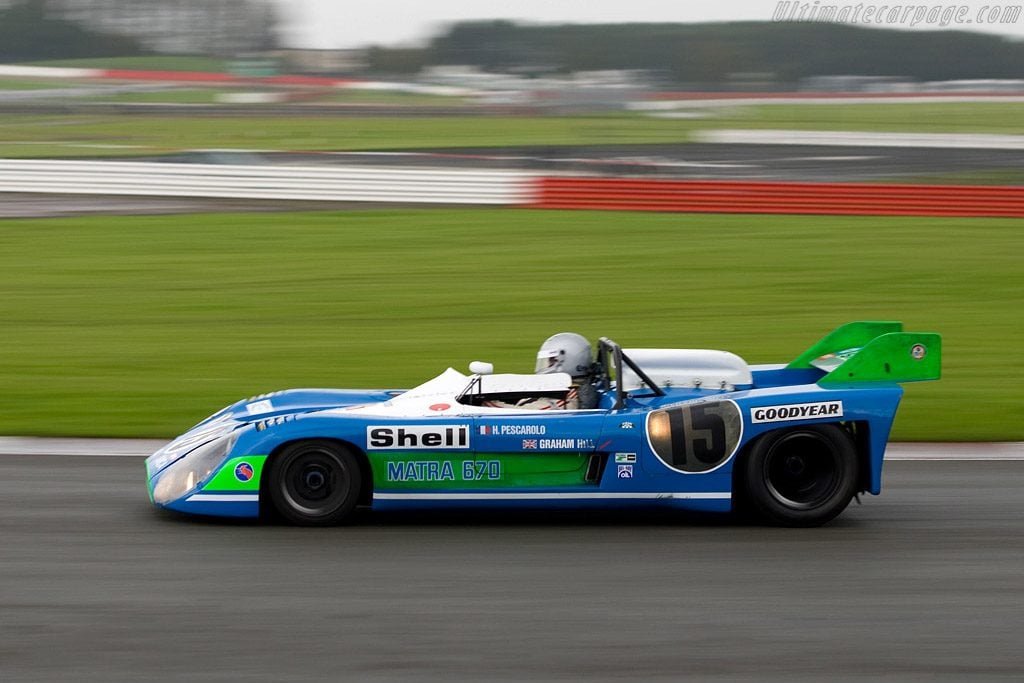 Although there was opposition from Alfa Romeo, Matra had little trouble defending their World Championship title, winning all but one race that season. Again new chassis were constructed for Le Mans and some cars were modified to a C-spec with inboard rear brakes and a full width rear wing. Pescarolo took his third consecutive victory at Le Mans, this time co-driving with Gerard Larousse. One of the six MS670B chassis constructed was fitted with a new, more angular body and renamed MS680. With little more to win, Matra withdrew from motor racing at the end of the 1974 season and focused on the production of road cars. The V12 engine was used again later that decade and early in the 1980s with considerable success in Formula 1. 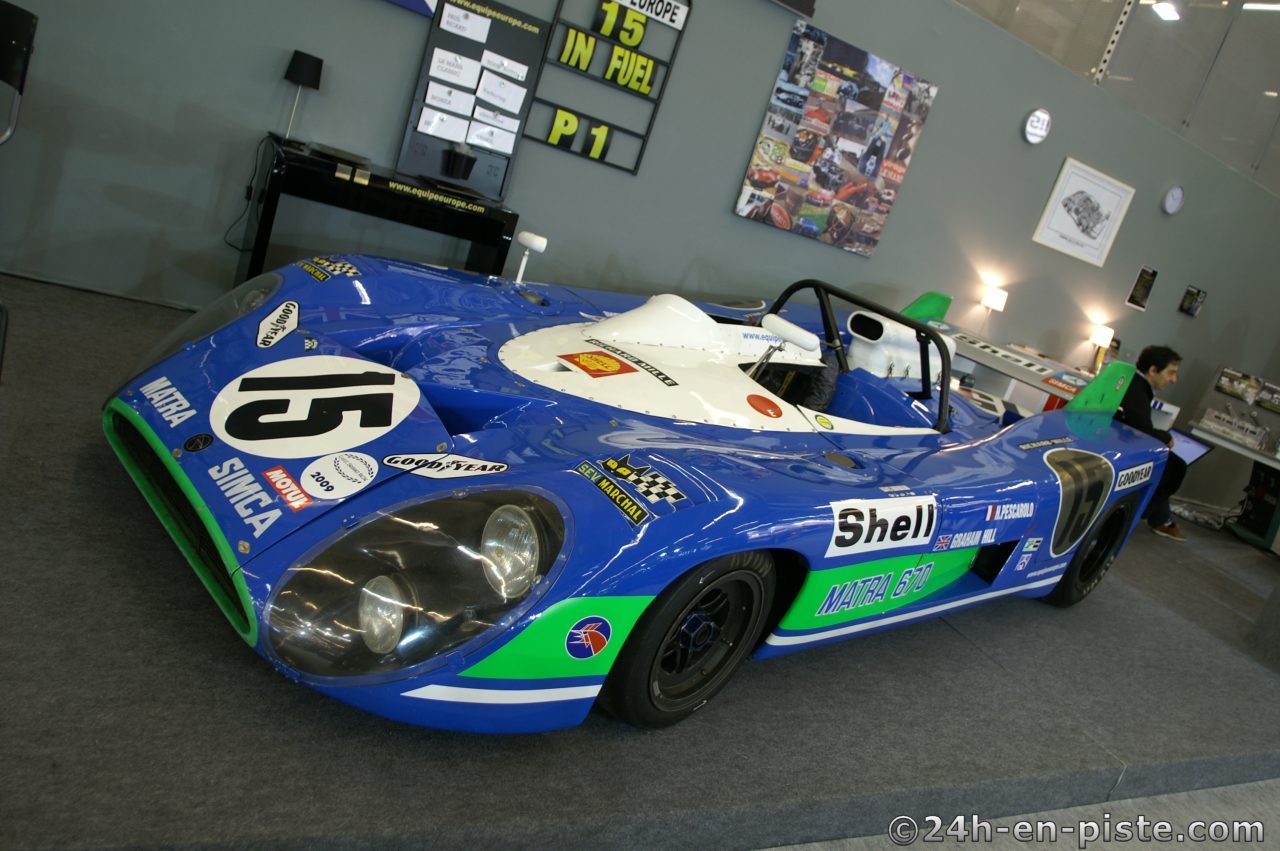