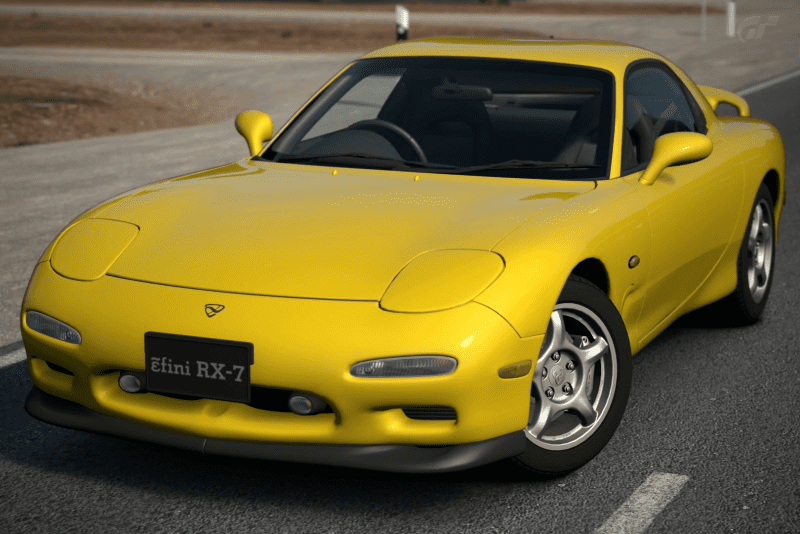 Where the legacy of FD began, and for those who preferred the pre-facelift FD. (Hopefully with the A-spec/Initial D First Stage wing as GT Auto part?)

Arguably, one of the purest sports cars to come from Japan is the third-generation RX-7 (FD3S) that was introduced in 1991. Gone was the name "Savanna" that graced previous models, replaced by the moniker, Ẽfini RX-7. The FD3S was wider than the FC, and significantly lighter at 1,200 kg (2,600 lb), thanks to the aluminum used for the hood, double wishbone suspension, and spare tire jack.

New life was breathed into the 13B Wankel via the new twin sequential turbochargers. The rotary engine produced 251 BHP and 216.9 lb-ft of torque. With each passing year, the FD got better, with dramatic improvements in body rigidity and the ABS. Available only in the Japan market was the limited-edition Type RZ, followed by the Type R Bathurst R in 2001 that came equipped with self-leveling shocks.

The 13B got an upgrade in 1996 and produced 261 BHP. In 1998, after Mazda refined the engine's cooling system, the two-rotor Wankel was able to produce the maximum 276 BHP allowed for JDM cars at the time. This allowed the Type R to beast a power-to-weight ratio of 0.22 BHP/kg, which put it in the same league as the exotics. In August 2002, the Spirit R was introduced as an anniversary model as the last one in the series. After 25 years of delighting sports car fans around the world, the RX-7 was discontinued.