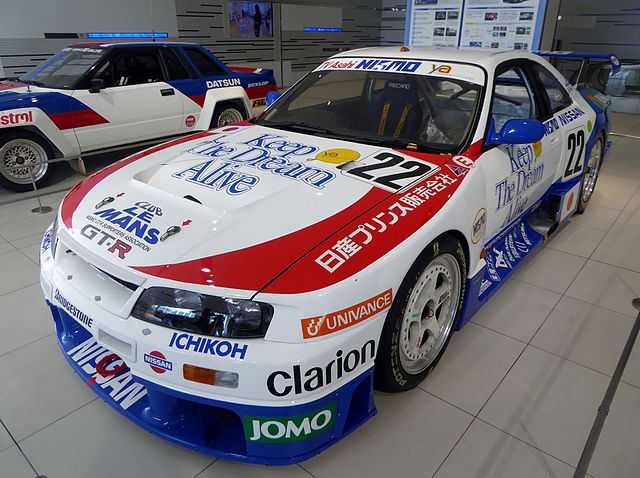 In 1995 Nismo developed the Skyline GT-R for endurance racing with a pair of JGTC specification R33s for the 24 Hours of Le Mans. These were not allowed to run a four-wheel drive. To meet homologation regulations, Nissan had to build at least one street-legal version.

The two cars achieved some success at Le Mans, with one car placing tenth overall, and fifth in its GT1 class—beaten only by the more developed McLaren F1 GTRs and the GT2 class champion No.84 Honda NSX with a turbocharged engine (even though this is not available on the road car) entered by Team Kunimitsu.

For 1996, the Skyline GT-R LMs returned, this time carrying enlarged RB26DETTs displacing 2.8 litres. Again competing in GT1, they finished 15th overall and 10th in class. However, Nissan chose to abandon their production-based Skyline GT-R LMs in 1997 and instead turn to the purpose-built R390 GT1. In honour of the success of the Skyline at Le Mans, Nissan marketed a limited edition R33 they called the LM Limited, available only in "Champion Blue" (colour code BT2).

And some credit to whoever you ripped the text off wouldn't go amiss either.
Last edited: Jul 20, 2020