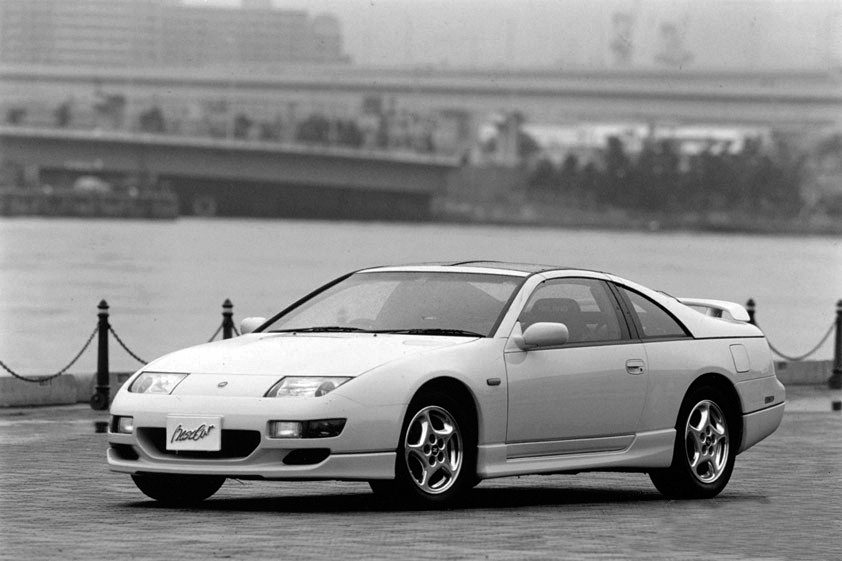 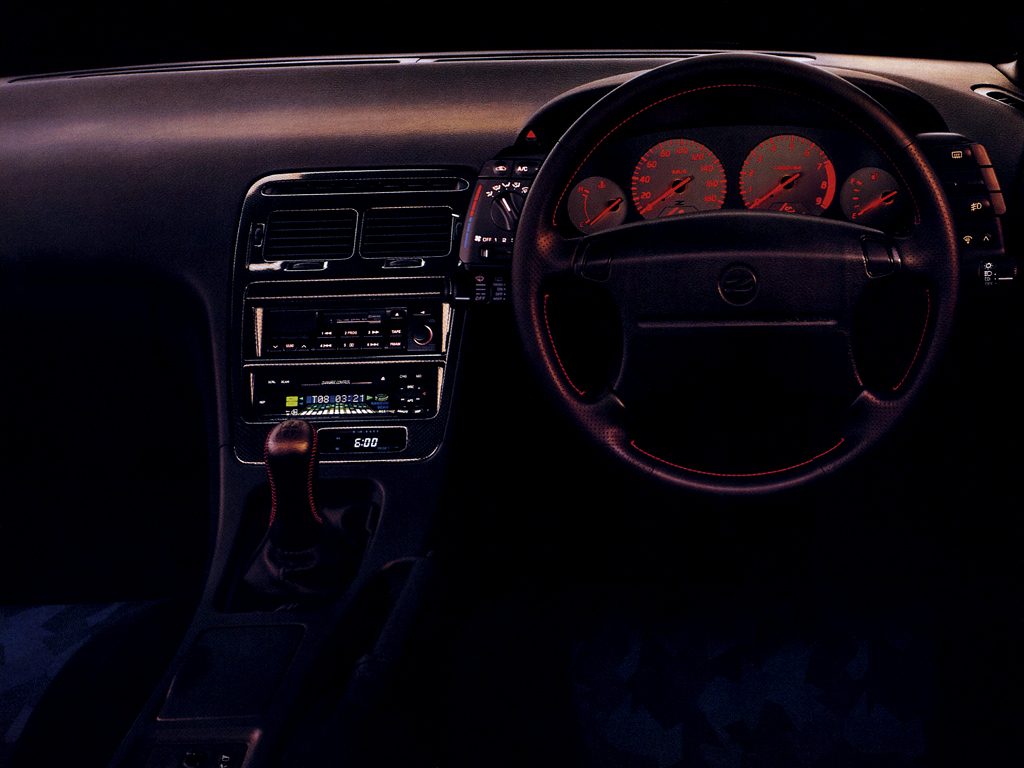 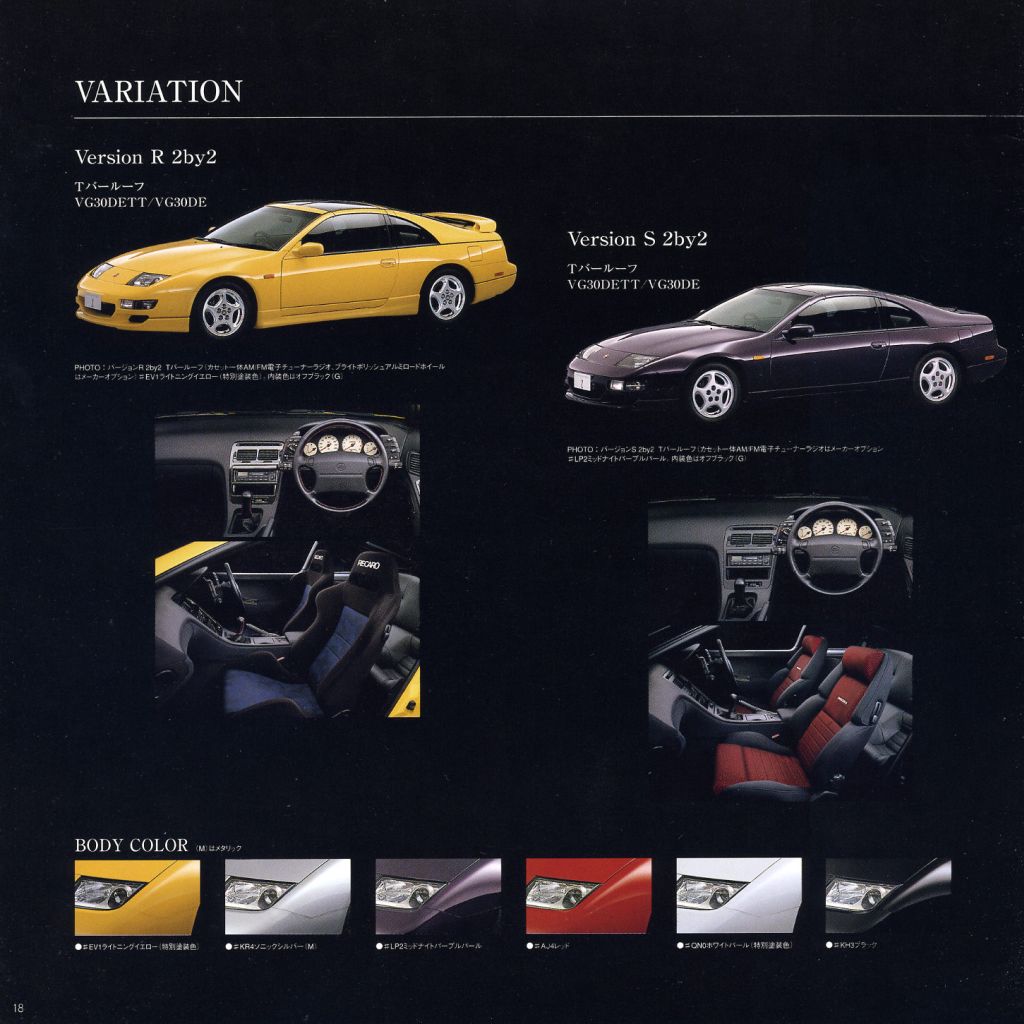 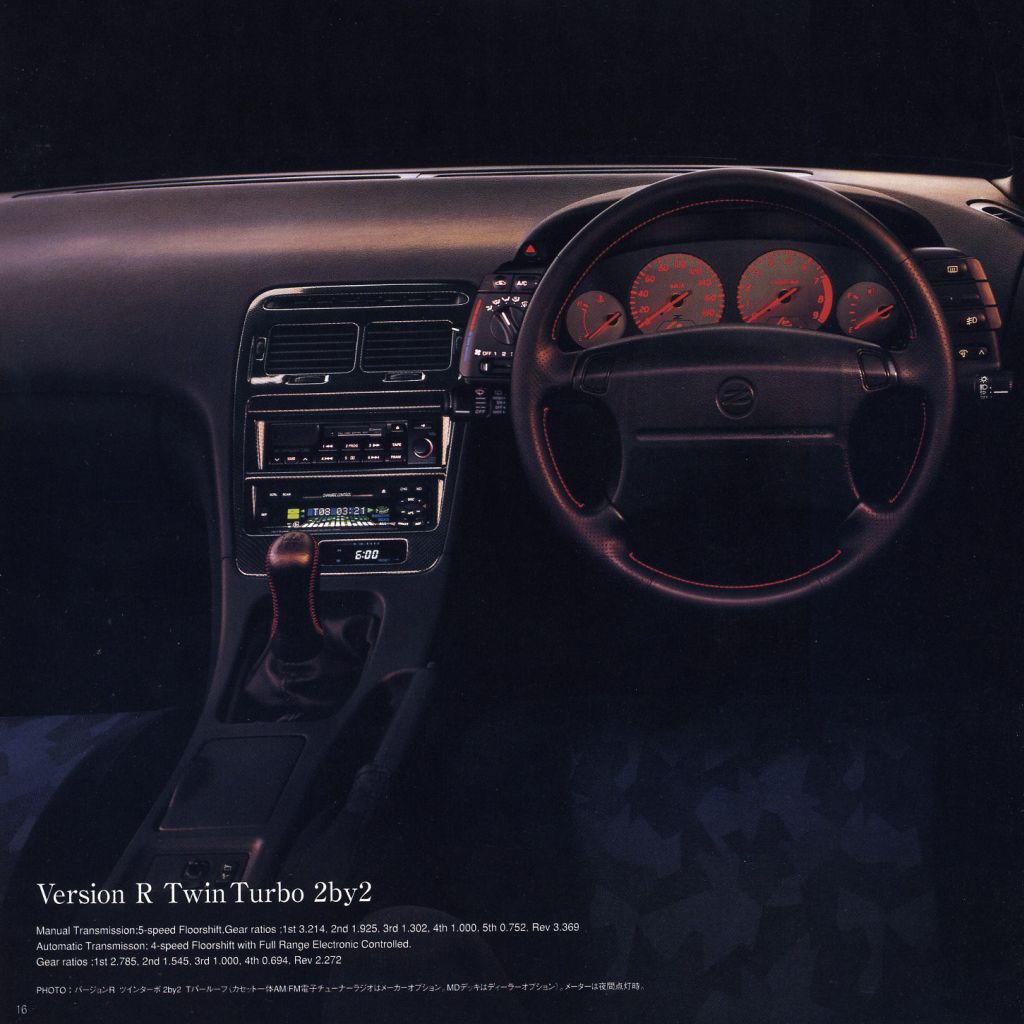 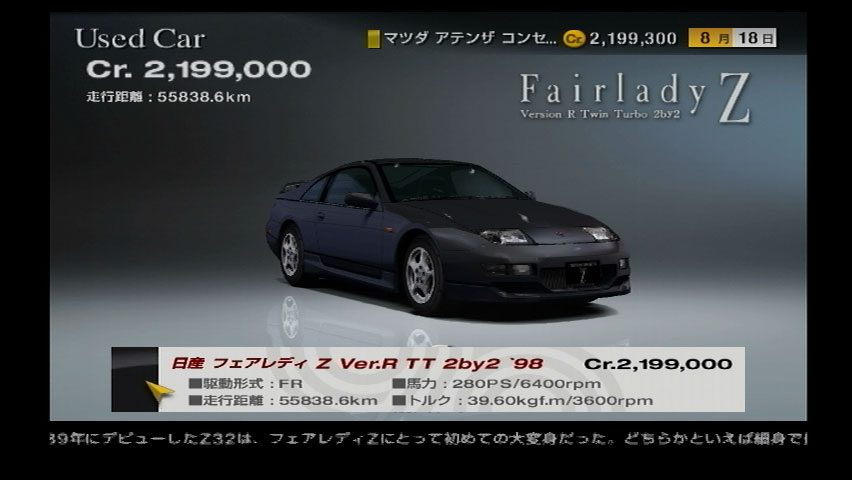 
"The deluxe version of the Z32, equipped with Recaro seats and a special steering wheel."

The Z32 appearing in 1989 was the first complete transformation for the Fairlady Z. It came in a wide, flat body, turning 180 degrees from the narrow, long body designs that lasted 3 generations. It was a size for a global sports car, not restricted by the size classes of the Japanese market.

Its steering characteristics were changed drastically. As soon as the steering is turned, the nose slices into the corner, and the wide tread gave it a high level of potential. This Z opened new doors as a cornering machine, while maintaining its performance as a GT. Again, the Z dropped European thoroughbreds into a hole of despair.

At the heart of this car was a compact V6 with a low center of gravity. Even though it is an FR, it was a given a front midship layout with the engine located as far back as possible, to make the front/rear weight distribution close to 50:50. Aiming for the global market, the engine size was fixed at 3L, and producing 227 HP in the NA, and 276 HP in the twin turbo, its performance decorated the end of the 20th century. Its suspension used advanced designs as well, and even features like an ABS that does not transfer shock to the brake pedal, were things that went beyond the usual standards of the time.

In 1992, a convertible model was added to the lineup, and was greatly welcomed in its main market of California.

But the Z32 had an unfortunate fate. The economy slumped in Japan, and Nissan faced a major reconstruction plan. Because of this the Z came to a pause for the first time in its 31 year history. It then entered into a blank period of 3 years, until the ingenious Carlos Ghosn became the president of the company, and announced the return of the Z.
The Nissan Fairlady Z (Z32) 300ZX Version R Twin Turbo 2by2 was produced from 1998 to 2000, available for Japan Market only.

Where did you get the second photo? (yellow Fairlady)
It looks so cool in that shot.

karelpipa
Where did you get the second photo? (yellow Fairlady)
It looks so cool in that shot.
Click to expand...

Well, I searched for pictures on the Google and suddenly, I have found that picture...

Guess what, i found it too!
L