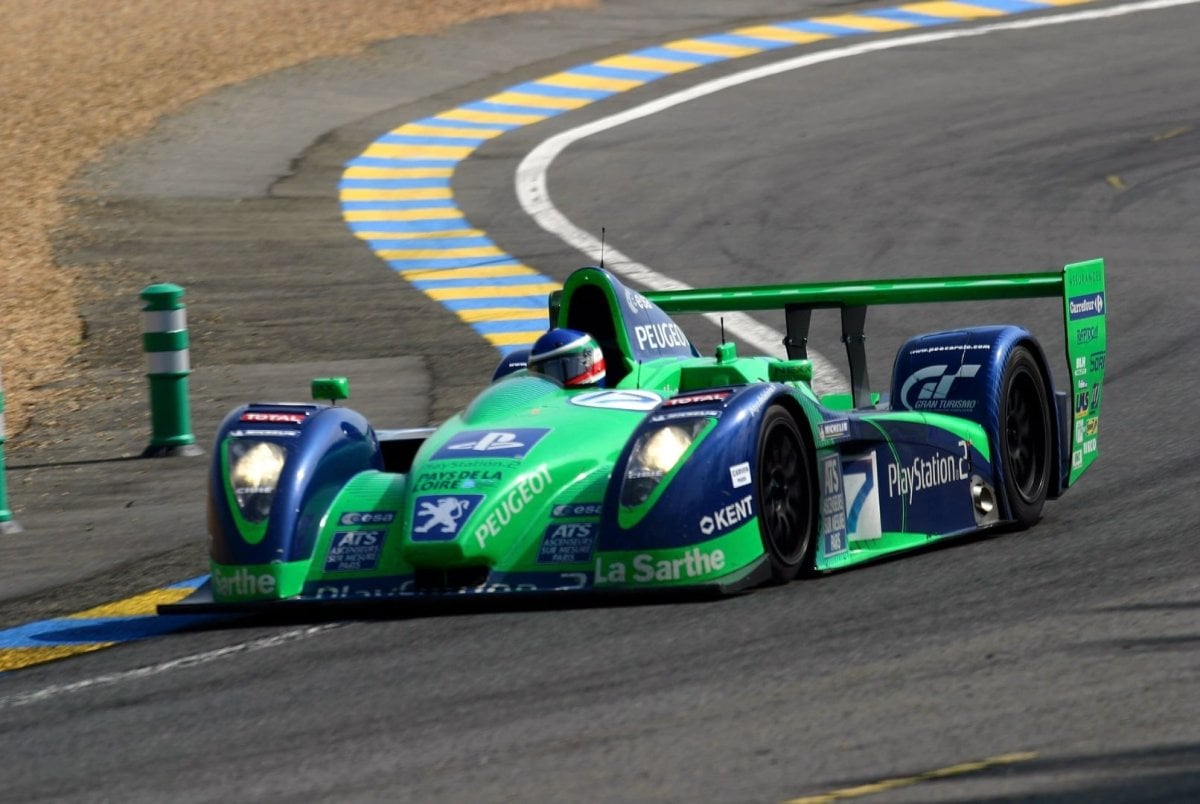 Although the 24 Hours of Le Mans race is as French as croissants, French teams are rarely successful in the legendary event. When Henri Pescarolo won the race in 1972 with the French Matra, he broke a bleak period of over 20 years in which the event was dominated by British, Italian, German and American manufacturers. Pescarolo quickly attained a legendary status by winning again for Matra in the following two years. He racked up his fourth victory in 1984 in a Porsche 956. After competing in a record amount of 33 runs of the 24 Hours race, he retired.

Pescarolo retired from active driving but soon after returned to Le Mans as a team-manager. In 2000 he formed Pescarolo Sport and set his sights on an overall victory at Le Mans. To keep his team French, Pescarolo purchased a Courage C52 LMP chassis to be powered by a modified Peugeot engine and signed a completely French driver line-up. Unfortunately for Pescarolo, Audi had set sights on the Le Mans victory as well. Audi's eight figure budget was too much for the rest of the teams, which were all privateers. Pescarolo's Courage finished a creditable fourth, over 20 laps behind the three Audis.

For 2001 Pescarolo purchased the revised C60 chassis from Courage. While designing the C60, Courage adapted the lessons learned with the C52, but also took a close look at the Audi R8 design, which had proved to be very successful. The chassis was a full carbon fibre monocoque construction and suspended by double wishbones all-round. Two cars were entered, but both suffered from set-backs in the rained-out race. Mechanical problems delayed the first entry considerably and it finished 13th, 50 laps down on the winning Audi. The other Pescarolo C60 crashed out.

Disapointed with the pace of the C60, Pescarolo hired Andre de Cortanze to revise his C60s. De Cortanze had previously designed the much acclaimed, but ill-fated Toyota TS020 GT1 racer. In an attempt to exploit the regulations to the maximum, De Cortanze designed new 'wing endplates', which doubled as wing mounts. The wing mounted endplates were limited in size by the rules, however this was overcome by mounting the endplates on the body. The only setback was that the wing could not be full width, as the rules also indicated that the wing mounts could only be 165 cm apart.

Despite the French teams best efforts, the Audis still proved superior, both on speed and reliability. Serious competition from the 'Racing for Holland' Dome, 'DAMS' Cadillac and 'Oreca' Dallara teams didn't allow Pescarolo Sport to even pick up the best-of-the-rest spot the team had secured in 2000. The only C60 EVO that finished, could not do better than tenth. An engine failure prematurely ended the race for the other car. The announcement of Audi terminating factory support for the privately entered R8s meant that there was a glimpse of hope for Pescarolo Sport for 2003.

Again the rear bodywork and wing design was one of De Cortanze's main focusses over the winter. The rear wing regained its original mounts on the middle of the bodywork and featured small end-plates. On each side of the rear body large end-plates were mounted in which the wing's end-plates nicely fitted. To accomodate this unique setup, the rear bodywork was split up in three sections; a centre section allowing for easy engine access and seperate fenders on either side with the end-plates attached to them. For the spectators, a dramatic change in livery was the most noticable difference between the 2002 and 2003 car.

A slight rule change for the LM GTP class made the Bentley Speed 8 the favourite for the victory, especially considering the full factory support from Bentley. In the C60's own LMP 900 class, competition was as strong as ever, with three privately entered Audi R8s, three Domes and Courage's own Judd powered C60. In qualification the LMP 900 cars were fairly close, but the two Bentleys claimed an easy first and second. Pescarolo Sport's performance was again disappointing. In the race both cars managed to enter the top-ten and finish in eigth and ninth.

Pescarolo Sport had more luck in the FIA Sportscar Championship, where it secured a second place finish in 2002 and 2003 constructor's championships. Two victories were scored in the first and last race of the 2003 season. In the unique season finale, the Le Mans 1000km, Pescarolo Sport continued the good performance shown in the SCC races. Although the sixth place in qualifying was a disapointment, the team made the most of the changing conditions in the race and finished a respectable second behind the Team Goh Audi. 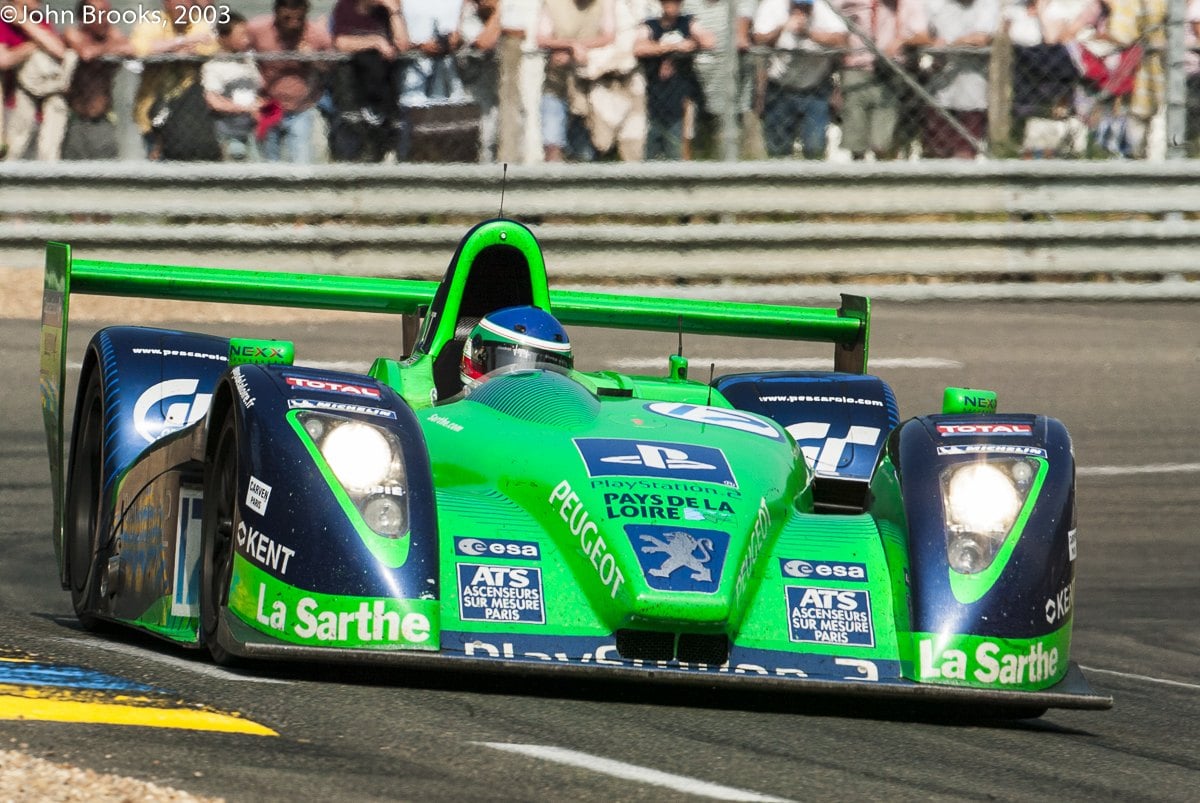 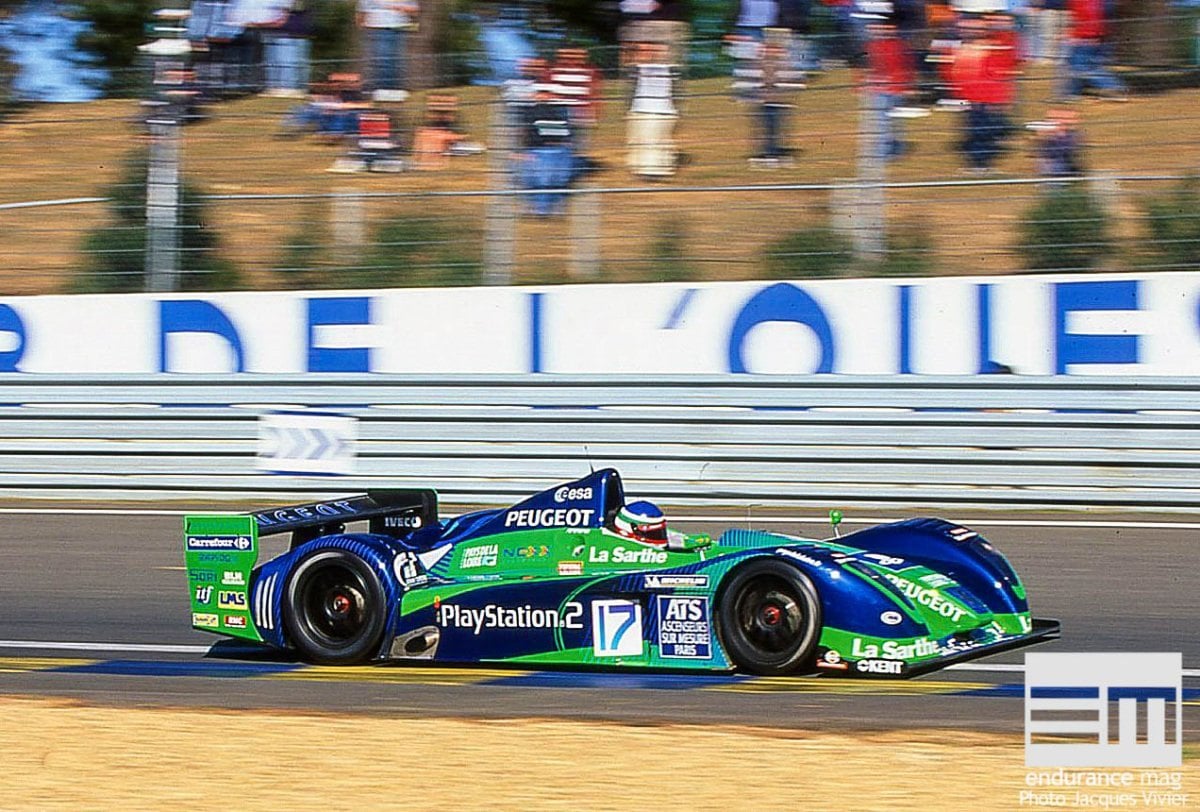 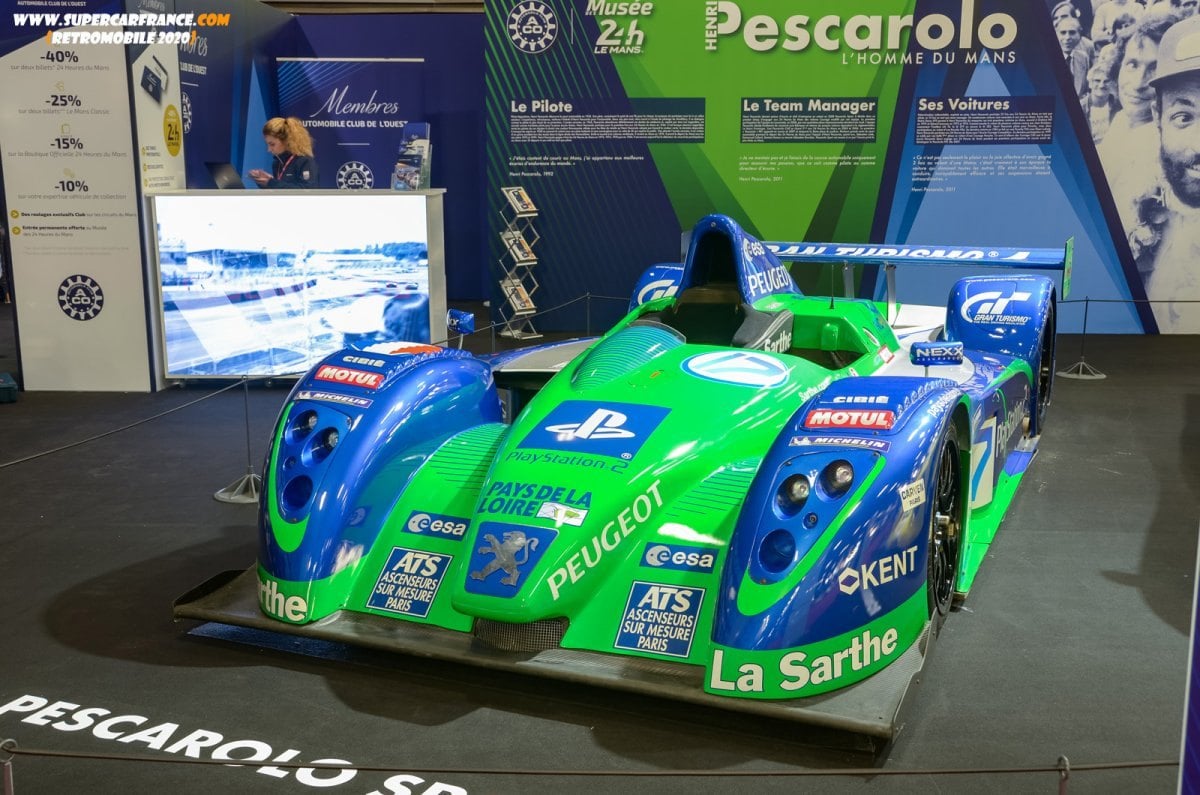 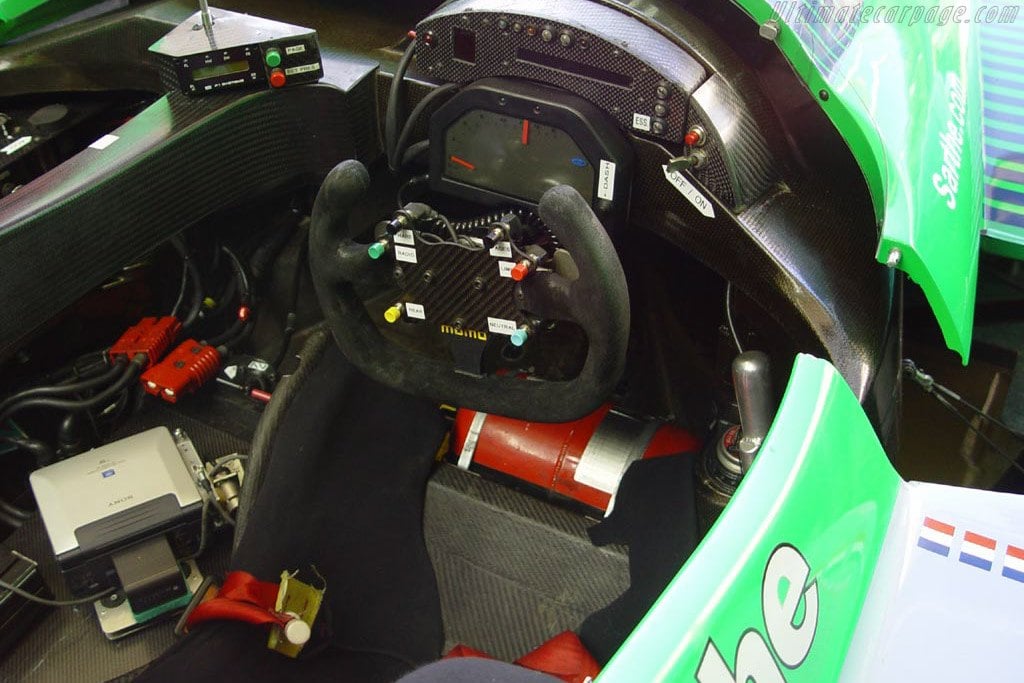 Since there are 3 dealerships in GT7, I am going to add to my suggestions, which dealership the cars can be purchased from. In this case, this car should've available on the used car shop.
Share:
Reddit Pinterest Tumblr WhatsApp Email Share Link