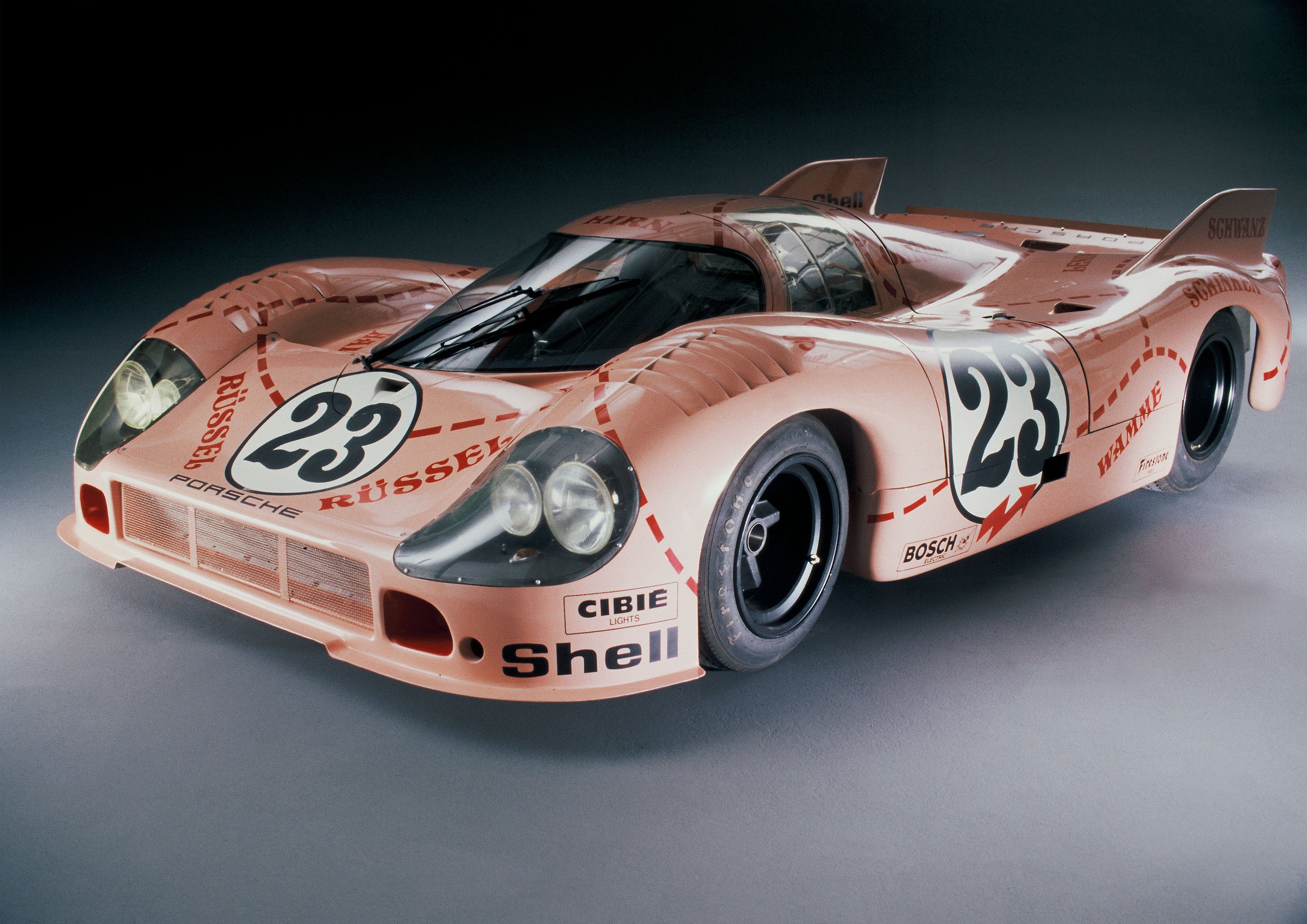 The coupe versions of the Porsche 917 are considered by many as some of the best looking racers ever to race down the Mulsanne Straight, except for this one. This one-off was introduced at the 1971 Le Mans test weekend and immediately it was the target of the hone of the rest of the other competitors and the press.

Its rather ugly presence was the result of development work done by a French company called SERA. The goals of the project were to combine the downforce and stability generated by the 917K bodywork and a drag figure that was close to the one of the low drag long tail 917LH. SERA concluded that this could be achieved by making the body wide enough to prevent the wheels from interfeering with the airflow over the car. The nose was squared to prevent air getting under the car. Windtunnel tests showed a drag co-efficient of only 0.387 but its extreme width meant that the total drag figure was higher than that of the 917K.

Porsche countered the hone by painting the car pink for the 24 hours race with names of pieces of meat written across it. The car was subsequently known as Pink Pig (le Cochon Rose) or Big Bertha. The Pink Pig qualified seventh and ran on third place in the race when it dropped out. The speed of the car showed the car's aerodynamics might have been better than the tests suggested.

The Pig is seen here in the Porsche Zentrum in Stuttgart right across the street from the factory. 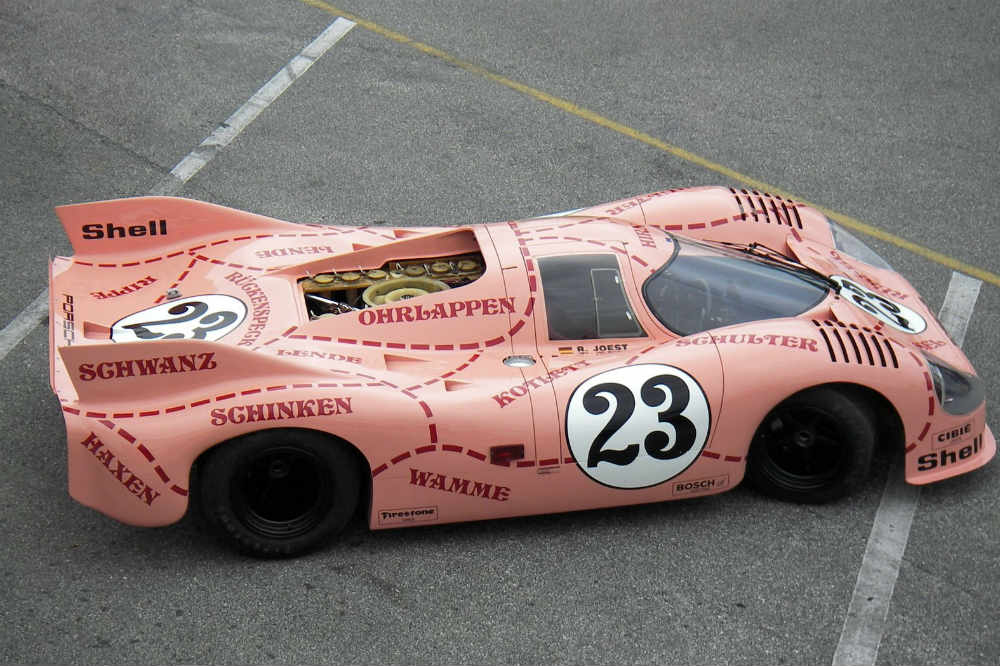 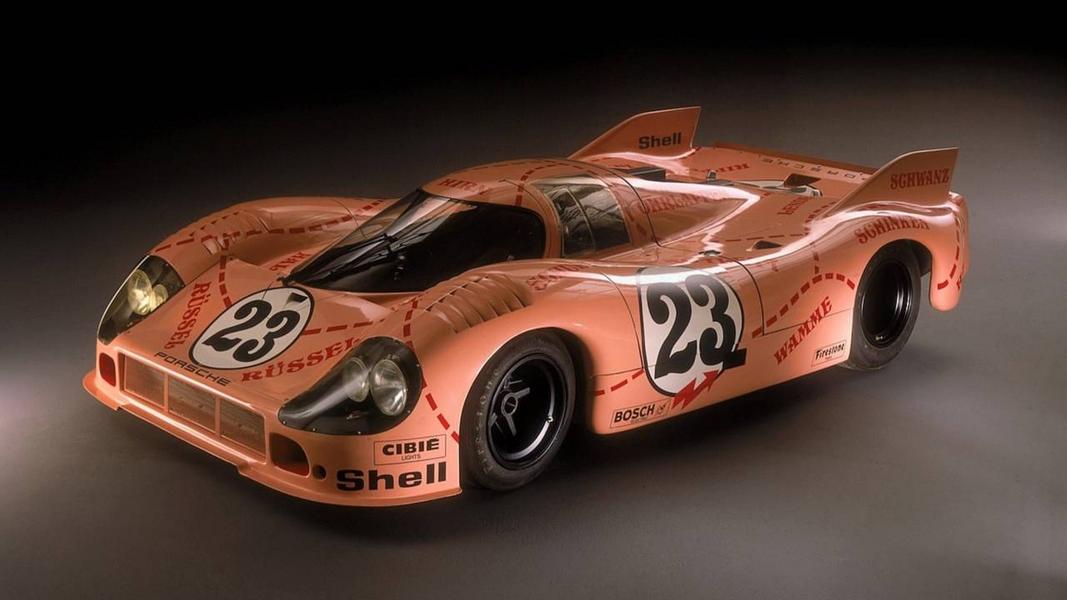 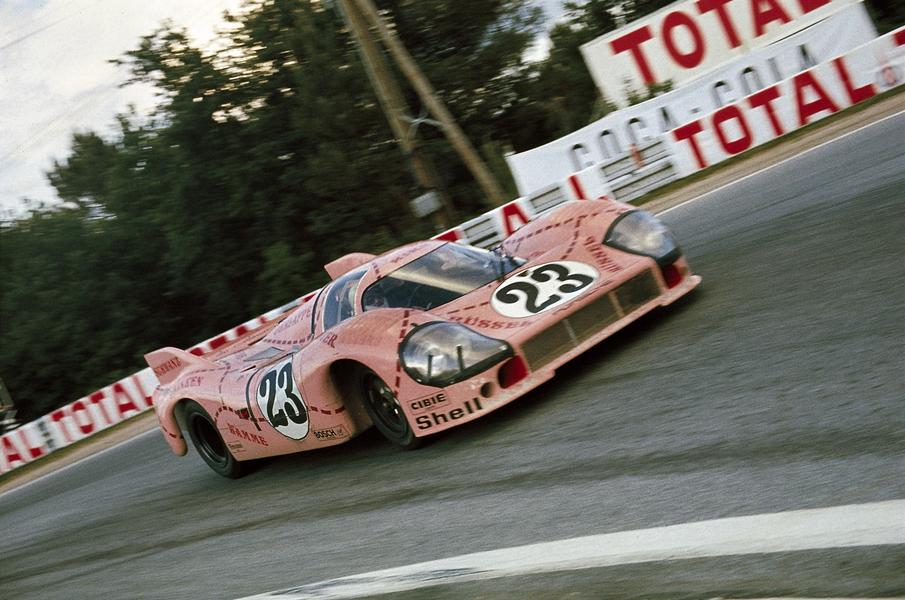 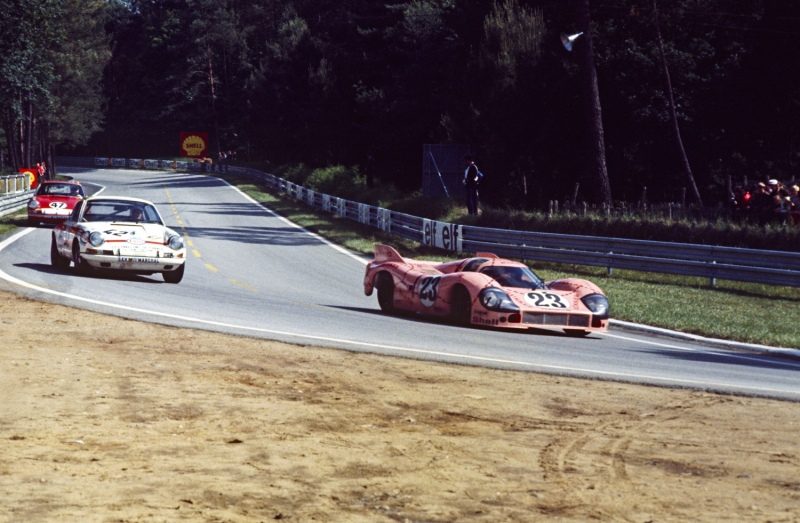 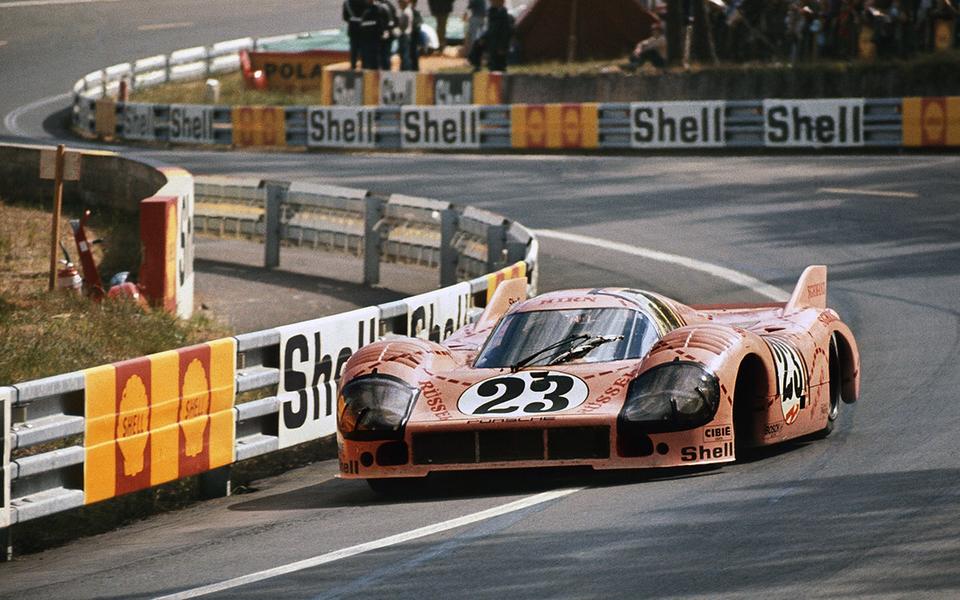 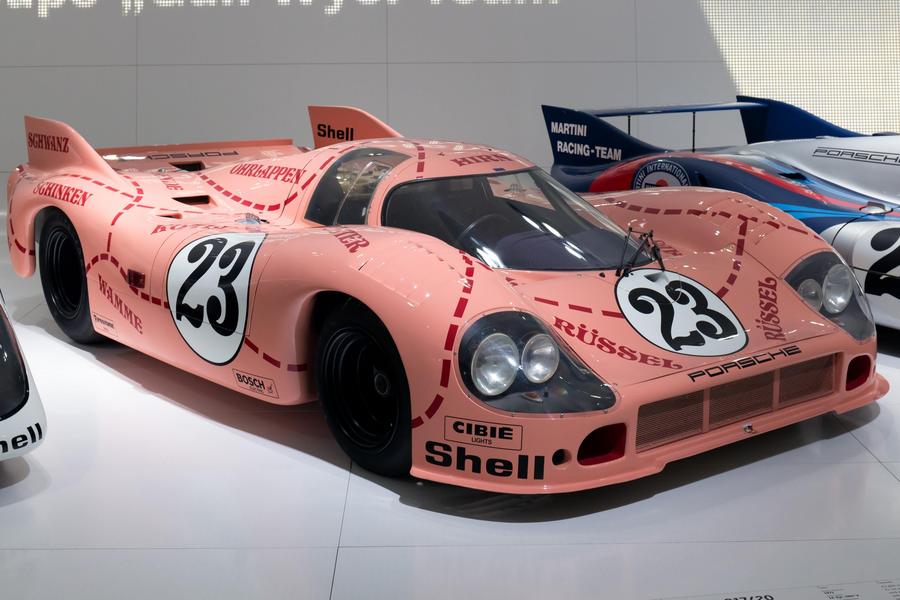 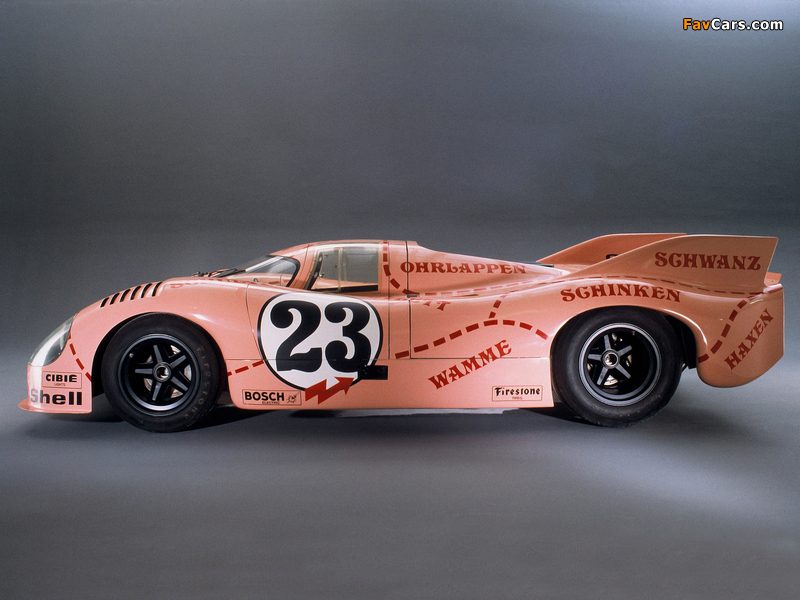 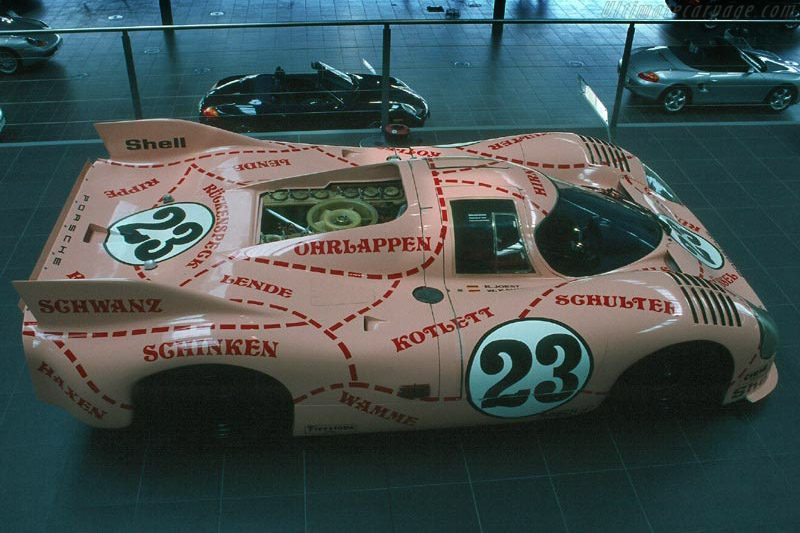