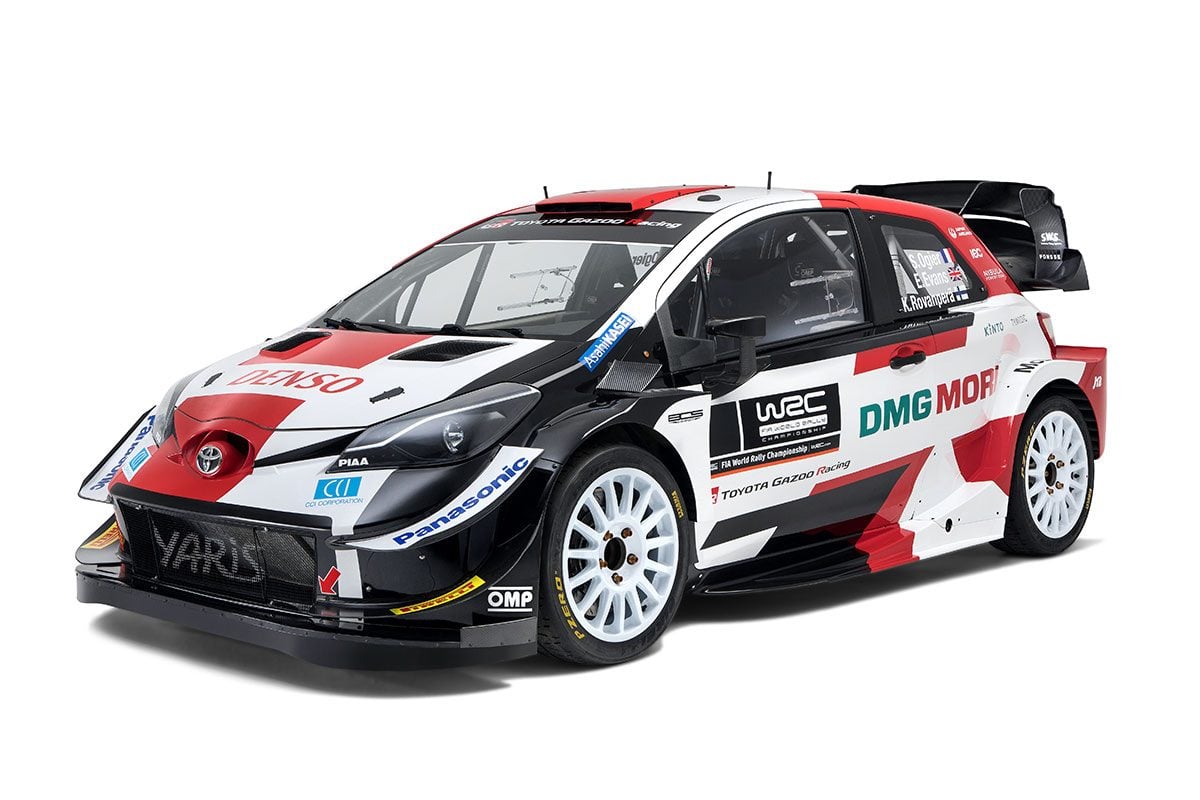 PACKING 380 HORSEPOWER, THE NEW YARIS WRC IS BUILT TO WIN​

The Toyota Yaris WRC is a new generation rally car tuned to near perfection in compliance with the 2017 FIA World Rally Car Technical Regulations. Under the hood, its 1.6-liter direct injection turbo engine growls with 380 horsepower plus.

WRC introduced World Rally Car regulations for the first time in 1997, and have implemented several updates since. World Rally Cars are equipped with 1.6-liter direct-injection turbocharged engines, and all cars-including the Yaris WRC-make use of inline four-cylinder engines mounted in a transverse position. In order to limit output, cars are fitted with air restrictors measuring 36 millimeters in diameter. Nevertheless, the cars are capable of producing maximum outputs of more than 380 horsepower, and maximum torques of more than 425 newton metres. These impressive horsepower and torque values are efficiently transmitted to all four wheels via forward six-speed sequential semi-automatic gearboxes fitted with active center differential full-time four-wheel-drive systems. In addition, the cars are equipped with dedicated aero parts that provide high driving stability, such as overfenders for increased width and large rear wings.

Drawing on four seasons of experience to improve overall performance

The Yaris WRC was developed according to World Rally Car regulations. It boasts outstanding engine performance, an intelligent four-wheel-drive system, suspension that provides superb traction, and consummate aerodynamic performance. As a result, the Yaris WRC is capable of driving on various roads across the world safely and at high speeds. Since its debut in 2017, the Yaris WRC's engine, aerodynamics, suspension, and other components have undergone numerous updates, and the car's performance has, as a consequence, steadily improved year after year.
In 2018, the Yaris WRC won the manufacturer's championship, and followed this up with successive titles in the Driver's and Co-driver's Championships in 2019 and 2020. The 2021 edition of the Yaris WRC will be based on the 2020 model, and incorporate upgrades to various parts. The team is also planning to make further modifications over the course of the season. The 2021 edition of the Yaris WRC will also feature a new livery that accentuates the "GR" lettering.

Vehicle specifications and settings change for every competition. Depending on whether the rally is held on gravel, snow, or tarmac, not only the tires but also parts such as the brakes and suspension need to be changed. For rallies held on smooth tarmac, the vehicle height should be kept to a minimum, however on rough gravel rally roads, the car should be higher to avoid contact with the road surface. Also, to accommodate changing road conditions including rain, settings such as the suspension and power train are adjusted as needed. For night driving, visibility is enhanced by installing an auxiliary light source on the hood called a light pod.

Work at the service park is a battle against time

While circuit races have pit stops, at rallies servicing and repairs are performed at the service park. Once the competition begins, the time allotted for servicing is limited to just 15 minutes in the morning prior to the race, 30 minutes during the day, and 45 minutes at night. Once a vehicle has been serviced at night, it is parked in a garage called the "Parc Fermé," where no further servicing is permitted until the next morning.
https://toyotagazooracing.com/wrc/cars/2021/ 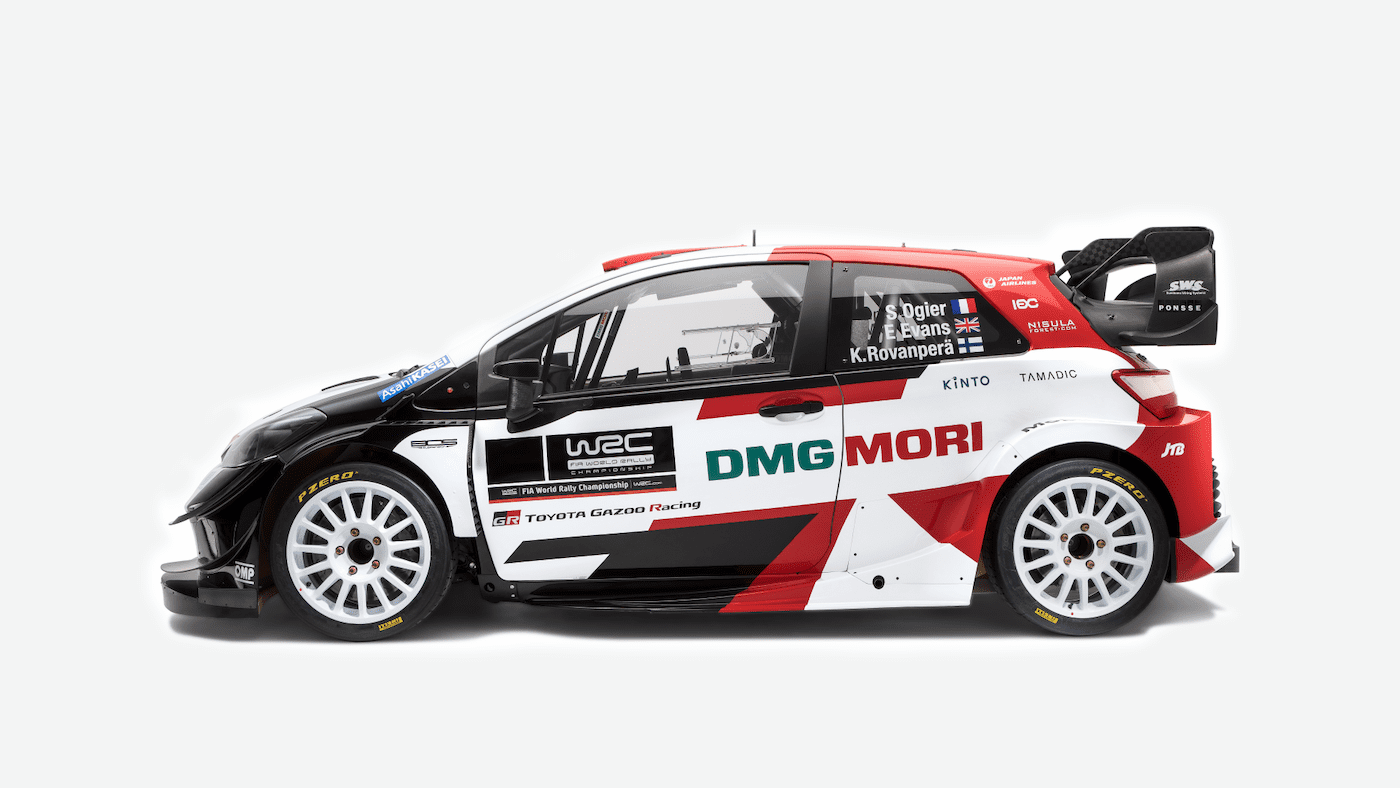 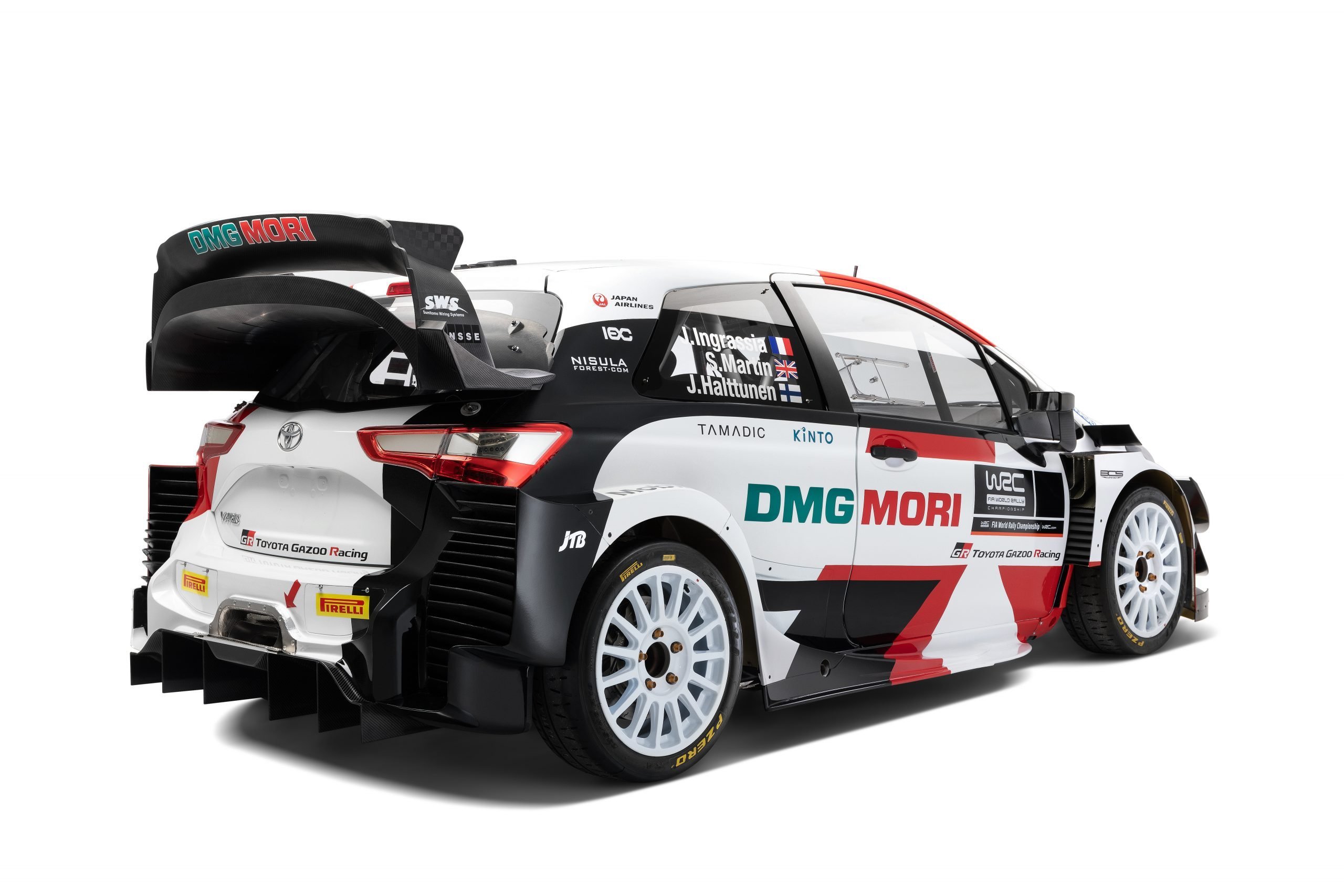 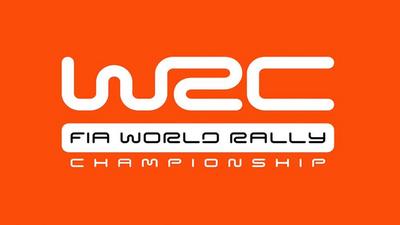