Welcome to the 2019 Track Stars Racing Series Asia-Pacific Tour. The series will be a 7 round series taking in a number of tracks from the Asia-Pacific region, along with a wildcard track from Europe being claimed as part of the Asia-Pacific Tour. The main event races will take place using the 2016 Group 2 cars, along with the under card race which will be a 40 minute Group 3 race with handicap starts, which has proven popular amongst competitors in trial races earlier this year. Races will take place on Sunday nights with the room opening at 7PM AEST (or AEDT from Rd 4). Entry is open to everyone who can make the timeslot, but you have to friends with 'ItzRacing' to be able to join the race nights

The night will begin with a 40 minute race for Group 3 cars. These races are run to a handicap start and give drivers of all abilities the chance to win if they manage a clean and mistake free race. The Group 3 race will form a seperate series, known as the Track Stars GT Cup.

Following the Group 3 race we will move into qualifying for the Group 2 races, known as the Track Stars Touring Car Series. Qualifying sessions will be roughly 10 minutes long.

At the conclusion of qualifying we will move into the racing, with 3 different race formats depending on the track as follows:

3 Short 50km races with no compulsory pit stops. Race 1 grid decided by Qualifying with the grids for races 2 and 3 decided by the previous race results.

A pair of 100km races with a compulsory pitstop in both races. Race 1 Grid decided by qualifying and the race 2 grid decided by the Race 1 finishing order.

Either a single 150km or 250km race, with multiple pit stops required. Qualifying to decide the starting order for the race.

Group 3 Cars: All cars with the exception of the McLaren F1 are available to be used

Racing: Soft tyres will be required for all events. 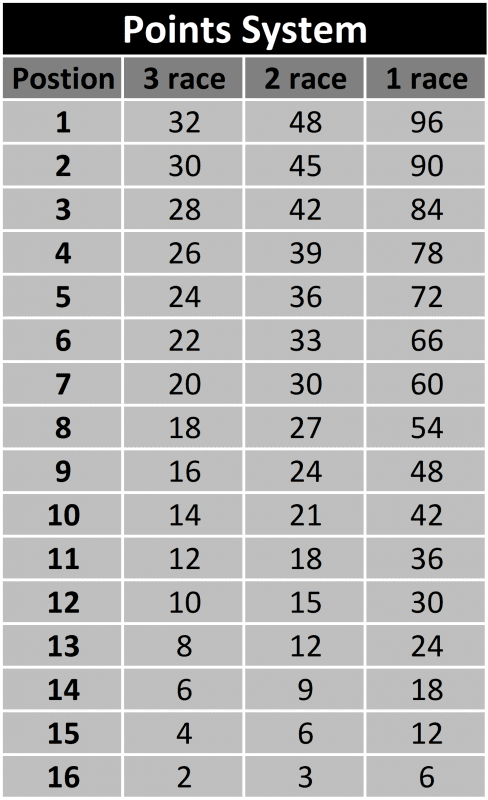 Penalty Settings
Collision Ghosting: None
Shortcut Penalty: Invalidate Time
Wall Collision Penalty: None
Side Contact Penalty: None
Correct Vehicle after collision: Off
Replace cars when they leave the track: Off
Flag Rules: On
Ghost Lapped cars: Off

As we have damage turned of for the races we will not be opposed to a little bit of rubbing and bumping between cars as long as no one has their race severely affected by any contact. In the event contact does occur and a driver does lose more than the one position we recommend that the driver attempting to pass drops back behind the affected driver to address the situation.

Weaving from side to side on the straights will not be permitted. Drivers will only be able to make 1 change of direction before they turn into the corner.

For the Group 3 races, to help create a balance between varying driver abilities and give everyone a chance of winning through completing a mistake free race, a driver handicap system will be implemented throughout this series. The driver handicap will be a time penalty in the form of a delay to the start of the drivers race. Handicaps will be determined by a drivers rating (Platinum, Gold, Silver or Bronze) but may be adjusted during the season if necessary to accomodate for improvements in driving ability. Handicaps will be announced before each round in the race lobby.

All drivers will be given a rating of either Platinum, Gold, Silver or Bronze. To receive a driver rating, drivers must complete the 1 Lap attack in the Nurburgring GP circuit exprience and the submit proof of a lap time so we can help determine a driver rating. Driver ratings may also be adjusted based on previous race performances during the season.

Have you finished spamming the forums with this?

daan
Have you finished spamming the forums with this?
Click to expand...

Yeah I’m all good now. Just letting those know that raced with me previously that we’re up and running again. My intention wasn’t to ‘spam’ the forums
Share:
Reddit Pinterest Tumblr WhatsApp Email Share Link