What automakers would you want to see added to GT7's iteration of the FIAGTC Manufacturers Series?

-I think Renault Sport as a brand - and the cars under that brand, like the R.S.01 GT3 - could re-appear in GT7, but either in GT7 or a future title, I would remove it from the eligible list of automakers for the FIAGTC Manufacturers Series, and replace it with Alpine, as in the real world, Renault Sport has been rebranded as such.

-There's a lot of potential for KTM to show up, as there's both the X-Bow GT4, and the GTX, where the latter could be an easy fit into Gr.3, and would be the first Austrian automaker to be eligible for the Manufacturers Series.

-If you want to pick an Italian automaker, your choices are Ferrari, Lamborghini, and Alfa Romeo, which are all great automakers with a ton of motorsports history - but what about Maserati? They have both a GT3 and GT4 variant of the GranTurismo, but the MC12 could also be an additional Gr.3 option, as the similar Aston Martin DBR1 is in this group too.

-Inspired by the Tokyo Motor Show exhibition race at Suzuka, where some automakers were represented with other manufacturers' machines, what about famed kei car makers Suzuki and Daihatsu? I think anything's possible when Polyphony Digital designs the cars themselves, as we'd be very unlikely to see brands like Hyundai or Alfa Romeo in the Manufacturers Series otherwise. Perhaps they could even use Super GT GT300 cars as a basis for the Gr.3 cars, just as we've seen with the Subaru WRX STI Gr.3 and Mitsubishi Lancer Evolution Final Edition Gr.3.

-Here's a hot take - Cupra. Why not have a Spanish automaker? I think their TCR car should at least be a good Gr.4 option, though SEAT could appear instead in this regard. Speaking of TCR, this could also allow MG, Kia, Opel, and even Fiat into the Manufacturers Series with a Gr.4 car.

-On that last note, Abarth could be added instead of Fiat, as I think there is a GT4-spec version of the new 124.

-Personally, I'd love to see Volvo be added, as they could have the S60 STCC as a Gr.3 racer.

-And how could I finish this post without mentioning another automaker owned by Geely, Lotus? I'm pretty sure they have a GT4 version of the Evora, but I definitely know they have the Lotus Evora GTE, which would absolutely go into Gr.3, joining other GTE/GT2 cars like the Porsche 911 RSR and the BMW M3 (E92) GT.

Ninja edit: On the topic of somewhat older GT2 cars, this could allow for some truly interesting automakers to at least get Gr.3 representation, such as Spyker, TVR, and Callaway.

Ninja edit 2: This is before we get into the current lineup of automakers getting more options for Gr.4/Gr.3, with the LM24-winning Ford GT LM being one such example. The N24-spec Lexus LFA could be an interesting Gr.3 car, as well. Then there are other GT1 cars from the mid-90s that could join the 1995-spec McLaren F1 GTR that's currently in Gr.3, like the Toyota Supra (A80) LM, the Nissan Skyline GT-R (R33) LM, or the Renault Sport Spider V6.

EDIT: We could, of course, discuss the obvious picks, like the most recent GT3/GT4/GTE/GT300 cars, and I do think at least some of those will be added to the options for some automakers in GT7. (I'm personally hoping for the Ford GT LM as a third Gr.3 option for Ford, as well as a Hyundai TCR as another Gr.4 option.) But something I love about Polyphony Digital is that they'll do what Pokemon developer GameFreak does, and that's go for both obvious picks while making decisions nobody would see coming at all. I love this mix of conservatism and liberalism that I see in both developers' games.
Last edited: Jun 28, 2021

Bugatti would be one that I'd think could make a Manufacturer Series entrance, all they need is a Gr.3 car. Question is, would they use the Veyron as a Gr.3 platform? Or perhaps a Chiron? It would in no way be feasible in real life, but then neither is a GT4 spec Veyron and yet here we are. 🤔

Ah, I forgot about Bentley and their Continental GT3! And I think Cadillac could have a lot more cars in the series in general - but especially their DPI car for a likely Gr.1 car. I'd love to see Volvo and KTM, and Acura could be nice, especially if we get their DPI car as well. Heck, we already have Lexus, why not include Acura and Infiniti, too? Especially with Acura's revival of the Type S label and Infiniti's sportier models like the Q60. It wouldn't even exclude older models from being included from these brands, like the Acura Integra Type R from the early 00s.

Could be neat, but I wouldn't bet on it at all. Even Bugatti has had more involvement in motorsport than Pagani. All Pagani had was a failed privateer racer. Not to mention that as cool as Pagani is, they've basically only put out two models in their history so far, between the Zonda and Huayra. Albeit with tons of variants - some of which are very different like the Zonda R and the Huayra BC - but still. I think we'll sooner see Bugatti in the Manufacturers Series than Pagani, even if the Veyron Gr.4 is just a basic Veyron with the active aero in a fixed position. Here's hoping for a Chiron Gr.3!
Last edited: Jun 29, 2021

This is a "want to see" manufacturer, not a prediction.

Destroy321
This is a "want to see" manufacturer, not a prediction.
Click to expand...

Fair enough, but I suppose what I meant to say, is that I wouldn't get your hopes up for Pagani...


Nismonath5
Bugatti would be one that I'd think could make a Manufacturer Series entrance, all they need is a Gr.3 car. Question is, would they use the Veyron as a Gr.3 platform? Or perhaps a Chiron? It would in no way be feasible in real life, but then neither is a GT4 spec Veyron and yet here we are. 🤔
Click to expand...

Considering the precedent of F1 GTR, I thought the EB110 LM GT1 as their Gr.3 car. Problem is, that car is actually 4WD so... 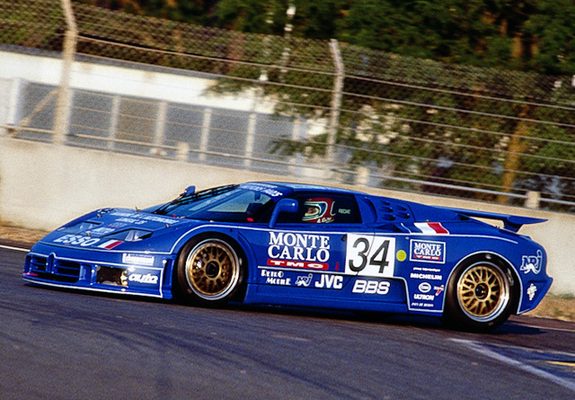 tankuroded
420hp/1200kg doesn't seem like a Gr.3 territory to me. (Though this is coming from the guy who wanted BRZ GT300 to be in Gr.3 - I feel modern JAF GT300 cars are now power buffed so it can fight against GT3s)

Yeah, I was thinking of the EB110, too, and I definitely agree that the drivetrain could prove an issue. As for the GT300 cars, I don't see why they can't be in Gr.3, seeing how they race alongside FIA GT3 cars in real life - plus the made-for-game Lancer Evolution Final Edition Gr.3 and WRX STI Gr.3 both have a striking resemblance to GT300 bodykits.

As far as Bugatti goes, I think the road-going EB110 is more likely, with a made-for-game Gr.3 car based on a much more contemporary model like the Chiron, rather than using the EB110 LM race car as a Gr.3 entry.
Last edited: Jul 2, 2021

Just thought of another one. Kia.

The Kia Stinger already has around 350bhp so it's in Gr.4 territory as it sits, and could easily get buffed to Gr.3 stats.

For added evidence that this could be a great idea, here's the Stinger visualized as a Gen 2 V8 Supercar concept which could be tweaked around to make a Gr.3 car. 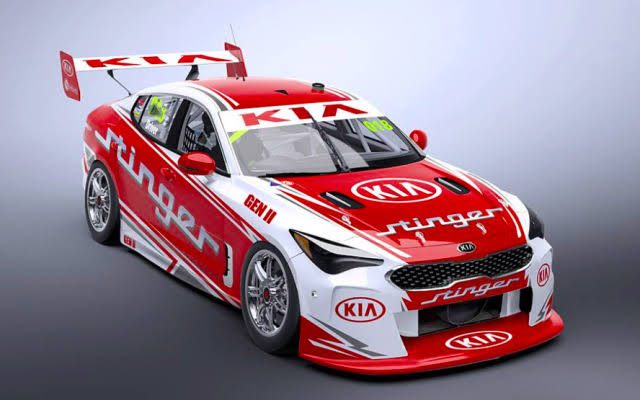 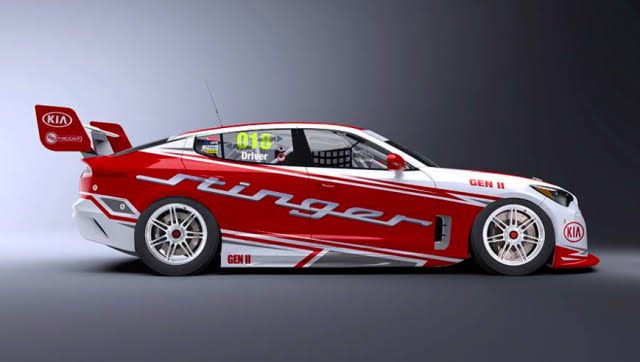