However, despite rigorous testing requirements that stifle cottage industry style creativity, there is one small sports car company in Germany that is thriving -producing what many people think are very British-looking sports cars.

That company is Wiesmann. Founded by two brothers in 1985, the company initially specialised in making hard tops for convertibles. This was their cunning plan  that business would provide the financial security that would allow them to try the more risky task of building their own classic-looking sportscar.

Martin Wiesmann  formerly an engineer specialising in designing vacuum pumps and compressors  had been messing with cars for years. The parents of the Wiesmann boys ran a Lancia and Fiat dealership and Martin spent much of his spare time working on cars, his pet project being Fiat Uno into which he dropped a turbocharged 2-litre lump from a Lancia.

He had always dreamed of building his own car and the catalyst to take the next step was a cut-away version of a sports car at the Essen Motor Show in 1985. Studying it in detail Martin came to the conclusion that it really wasnt that complicated and that such a project was within his grasp.

He and his brother discussed the idea (Friedhelm Wiesmann ran a successful childrens clothing company at the time) and they set about building their dream.

Sketches were worked on with the styling being their first concern. Influenced by their love of the Austin Healey 3000 and a desire for a slipstreamed shape, the Wiesmann roadster took shape on paper during the late 1980s.

Engineering commenced with Martin Wiesmann using his skills to design the car from the ground up. It uses a narrow square section steel chassis assembled on jigs within their factory. Wiesmann negotiated the all important deal with BMW to obtain engine and running gear and its a relationship that has stood them in good stead.

Engine, gearbox, brakes all come from BMW (straight sixes for the Roadsters) with the benefit of goodies such as ABS and traction control all coming as part of the package. That leaves Wiesmann to concentrate on fine tuning the chassis, producing the bodywork (done in house  remember their expertise with hard tops) and to wire up and trim the cars.

The Wiesmann roadster was launched in 1993 and has enjoyed a reliable stream of sales throughout the 90s. Production this year will increase from 50 cars a year (now including the new GT coupe) to around 100 as the factory is expanded. Currently there are 60 employees with expansion planned there too. This year will see Wiesmann make its 500th car.

The organisation of the Wiesmann operation has a Teutonic feel to it. That expansion process isnt going to just be a case of doubling the space and getting some more chaps in. The whole production process has been reviewed and a new production line will be implemented to make the best use of their resources.

Climbing into the cockpit, a couple of things strike you. Firstly its very un-German. These chaps have been influenced very heavily by British sports cars and you sit ensconced in a leather clad cockpit, looking down a long curvaceous bonnet through the shallow windscreen. Its a fine place to be.

Secondly, the driving position immediately strikes you as somewhat unusual. The transmission tunnel is very wide and coupled with the styling of the bonnet it feels odd to look out down one of the wings  its as if youre sat at the edge of the car rather than within it, despite the thick sills.

The steering wheel is up high and you adopt a slightly touring car style driving position with the wheel sat vertical and in your face. Start the beast up though and the lovely thrum of that V8 resonates softly through the car and you know its a beast waiting to be woken.

That BMW V8 is incredibly smooth. Anyone used to driving old fashioned V8 powered British sportsters is in for shock. Cruising up the road you can sense the power available thanks to the bass hum, but the all round experience is one of smoothness and dignity.

That aluminium monocoque soon shows its strength. The car seems to lack any give in the chassis whatsoever. Theres no discernable twist or bend in it whatsoever  it feels like a fully roll-caged race car. Thankfully the Eibach-damped, Bilstein-sprung suspension does a good job of smoothing out any imperfections in the road, although it was still a bit firm for my liking in what is really a long distance, GT-type car.

That combination of rigid chassis and decent suspension setup results in a wonderful feedback. Its one of those rare cars where even an average driver such as myself gets the sense that every wheel is in perfect contact with the road and is pointing in exactly the right direction - and it wants to tell you that constantly. Its akin to the ride of a Porsche GT3 - rigid and very communicative.

The steering was a bit light for my liking but I suspect thats adjustable. As for power delivery, talk about smooth! The best analogy I can find is that its like opening sluice gates. Smooooth, gushing and immensely powerful. 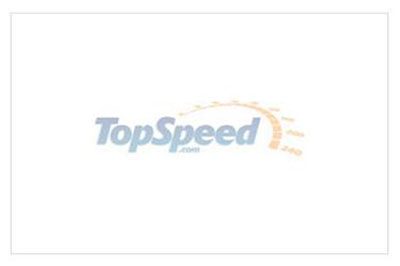 I'm not too keen on the car's looks, but it's a neat car nonetheless.

Everything is nice but the front end.

It looks like someone modeled the front after a T350C, and stuck a Jag S-type grille on it.