Wowbagger's Livery Gallery (Back in time)

After being a season winner, I guess I can feel a bit pretentious and start my very own thread were I can post my liveries and talk about them because there's nothing more fun than obscure sponsors, masking techniques, what wheel goes with which car and so on. So this is it, a place where creativity comes to die: it all starts with a great idea and than you simply give up on it at some point and hit the share button!

To start things off, this is a Porsche RSR version of the Peugeot RCZ that won the French Kiss LEC. There are some small changes in sponsors and decals here and there, but the design is mostly the same: 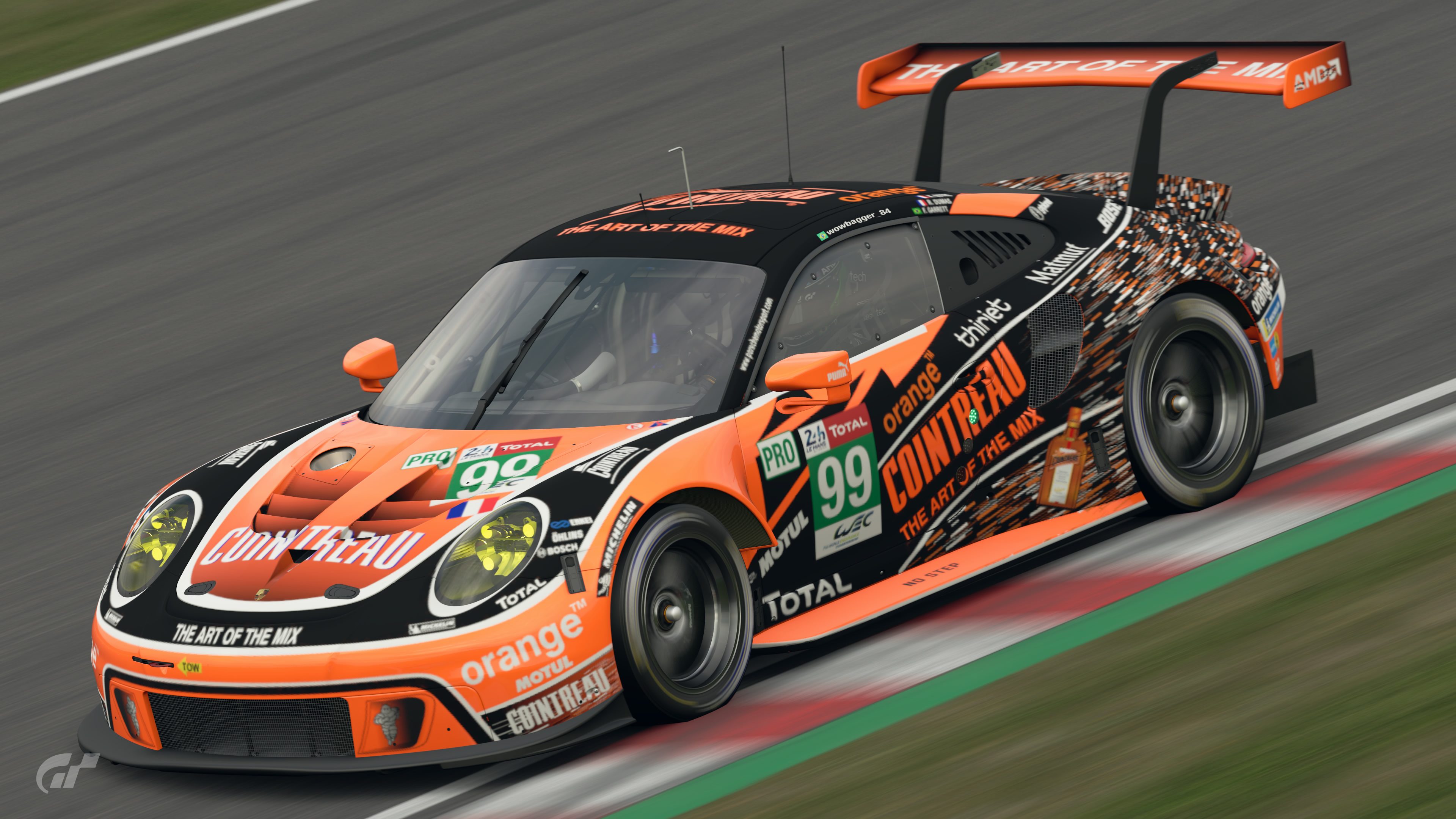 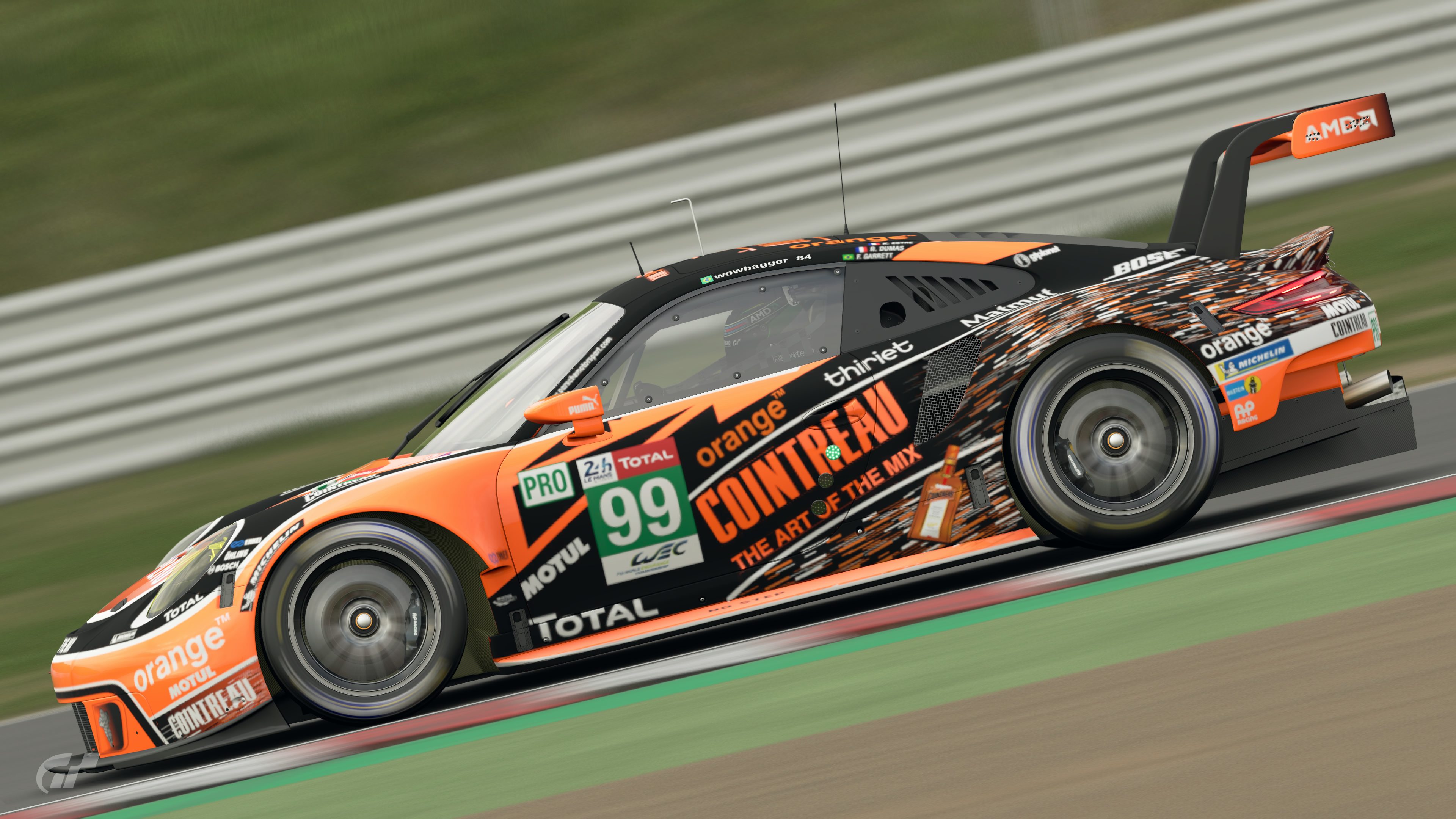 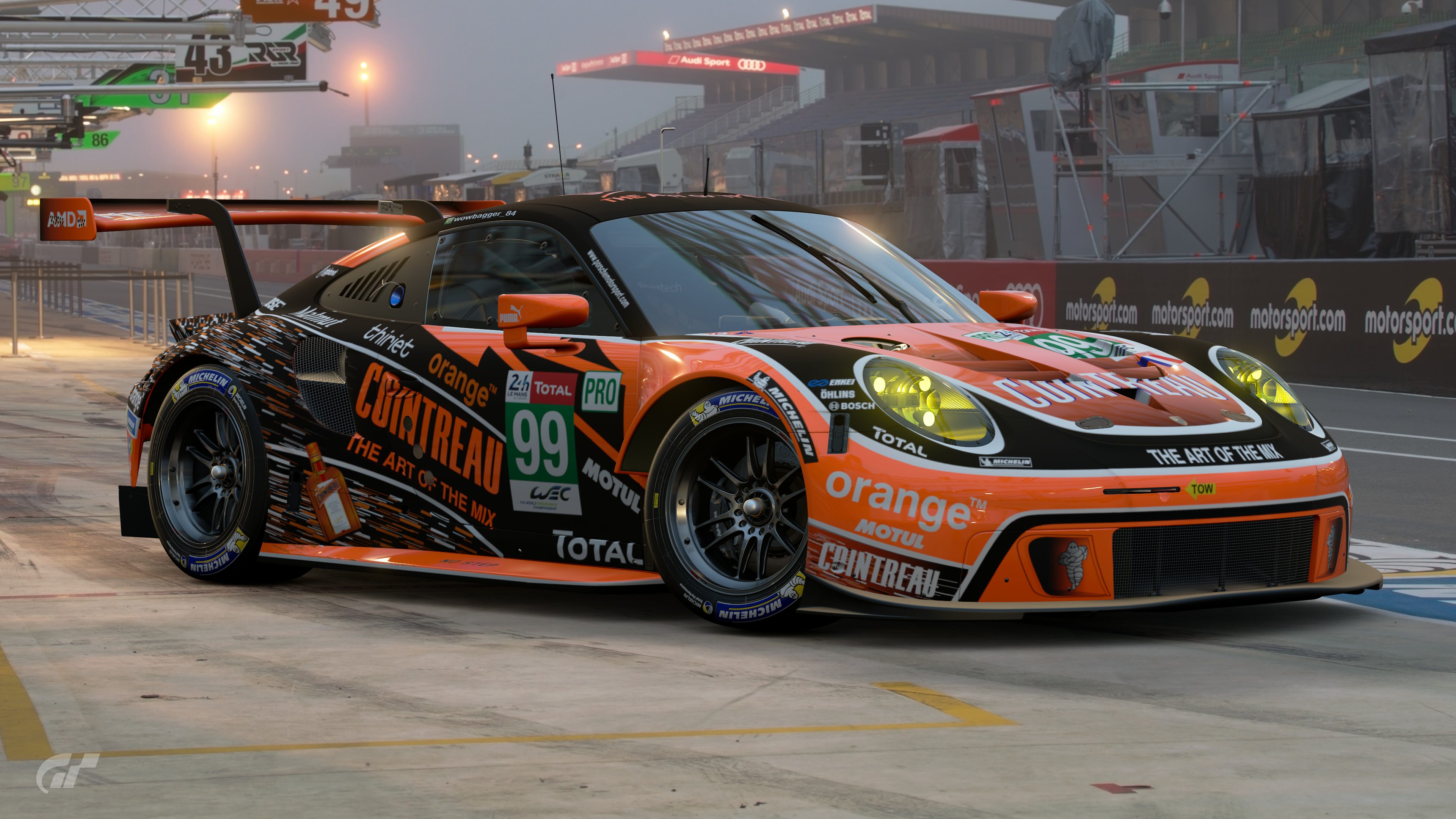 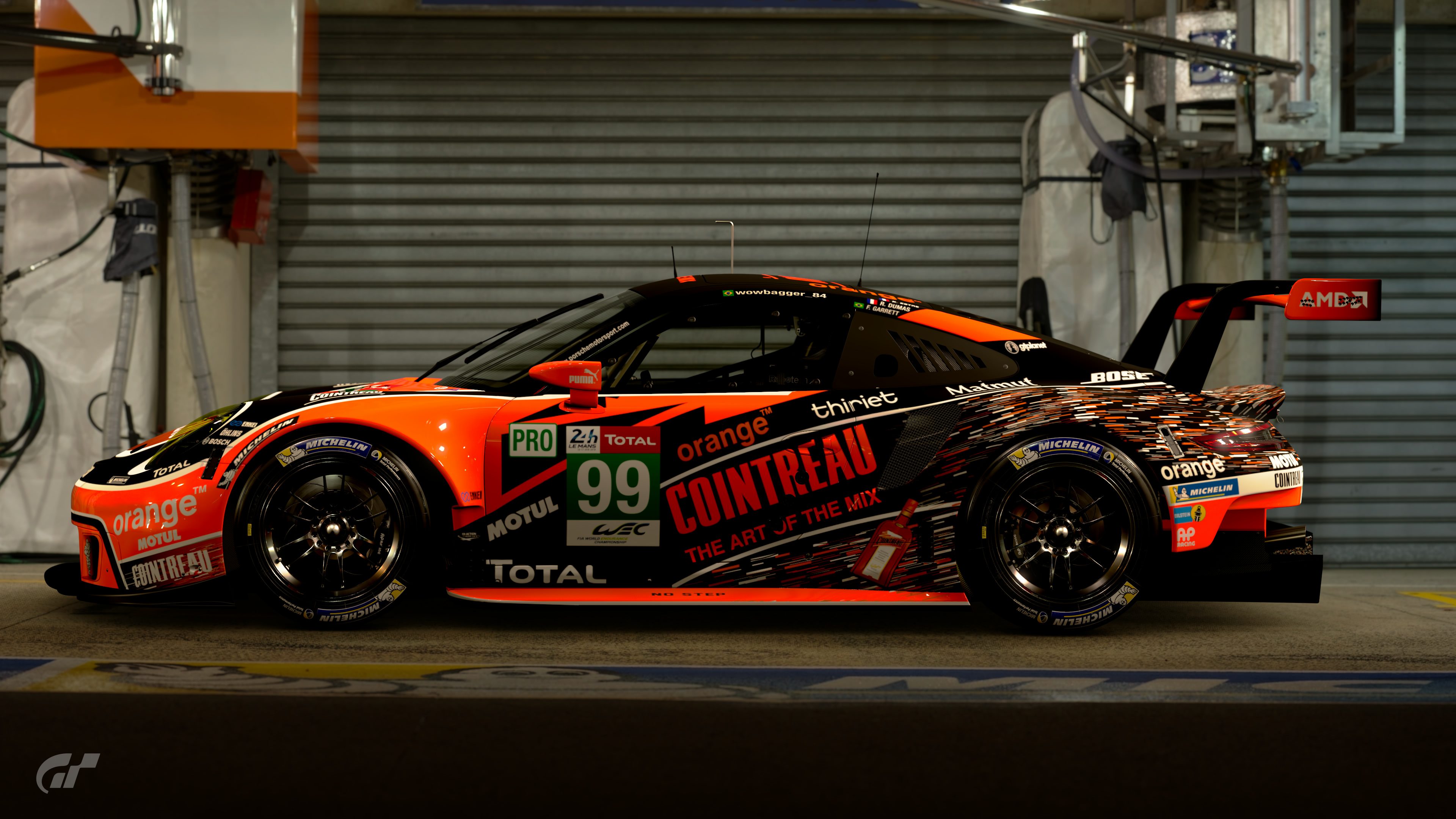 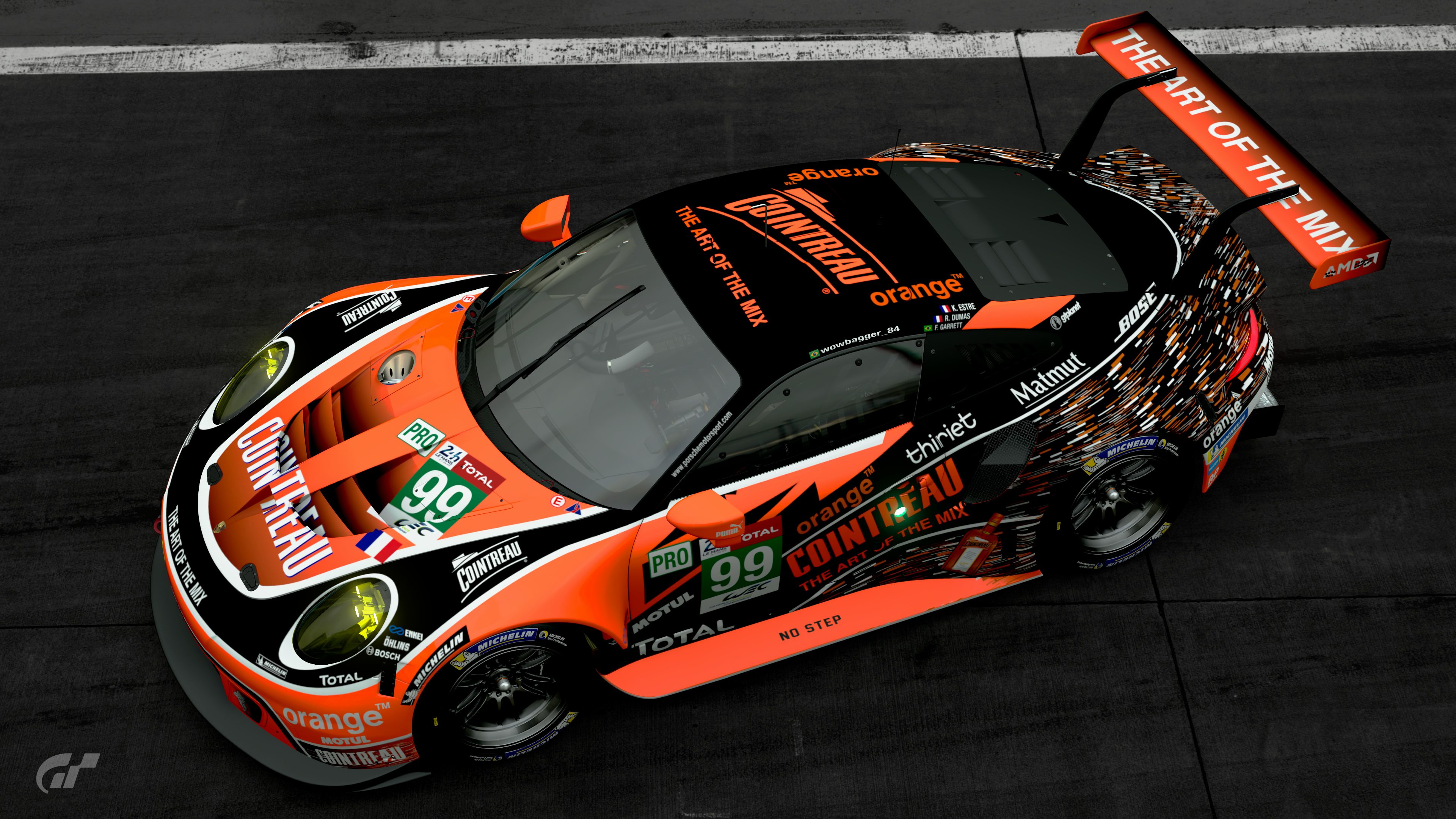 Link​
Pretty pleased by this overall. The "Art of the mix" slogan gives it some personality and I managed to reproduce easily the "mixed" white/black/orange lines in the back, something I thought would be much more difficult. As always, it's full Sport mode friendly.

As a result, I'm looking at doing versions of this livery in the Cayman and maybe the Ferrari 458.

For comparison, the Peugeot version:

Following the theme, I did a Cayman version as a GT4 Europe entry: 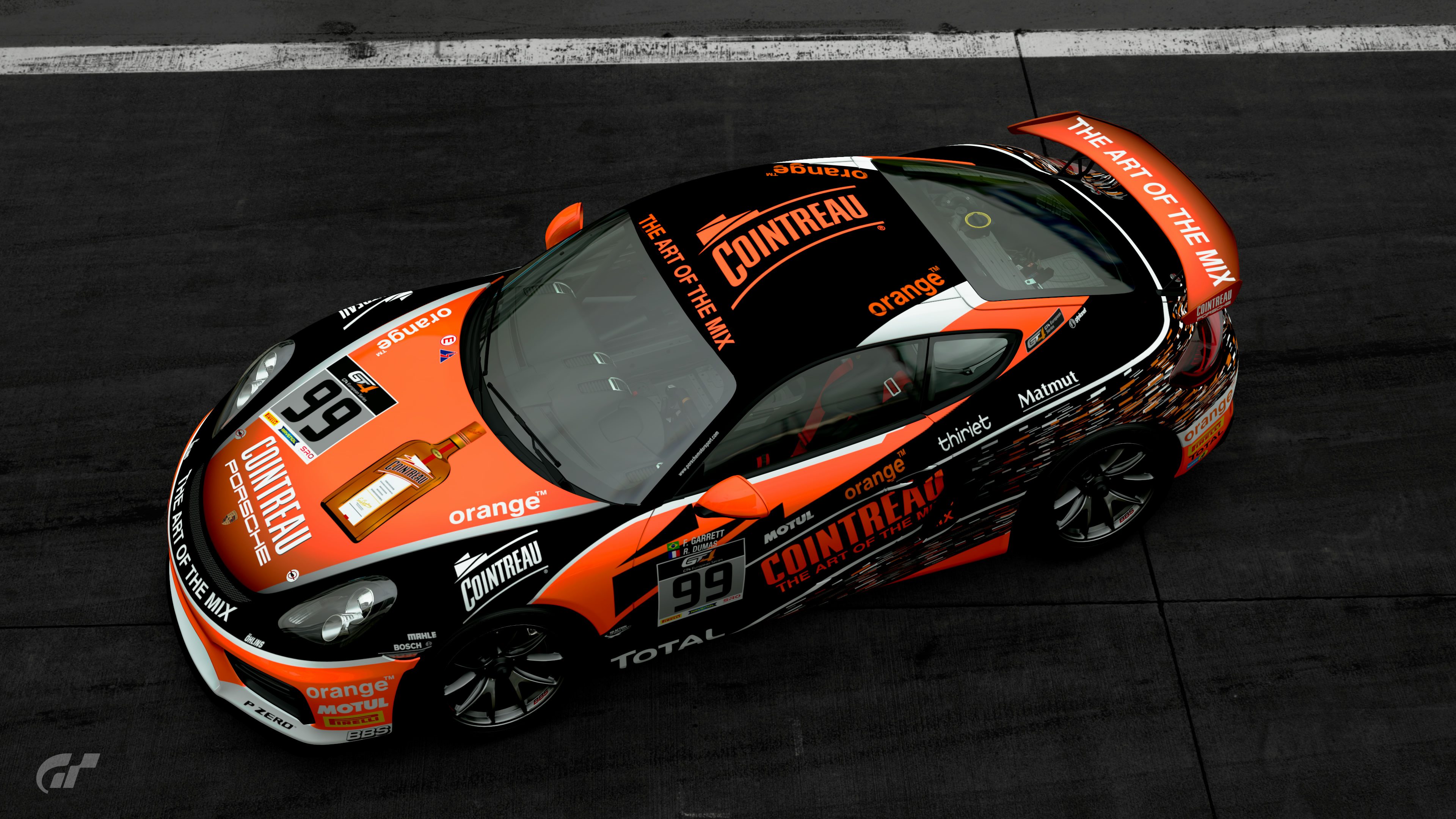 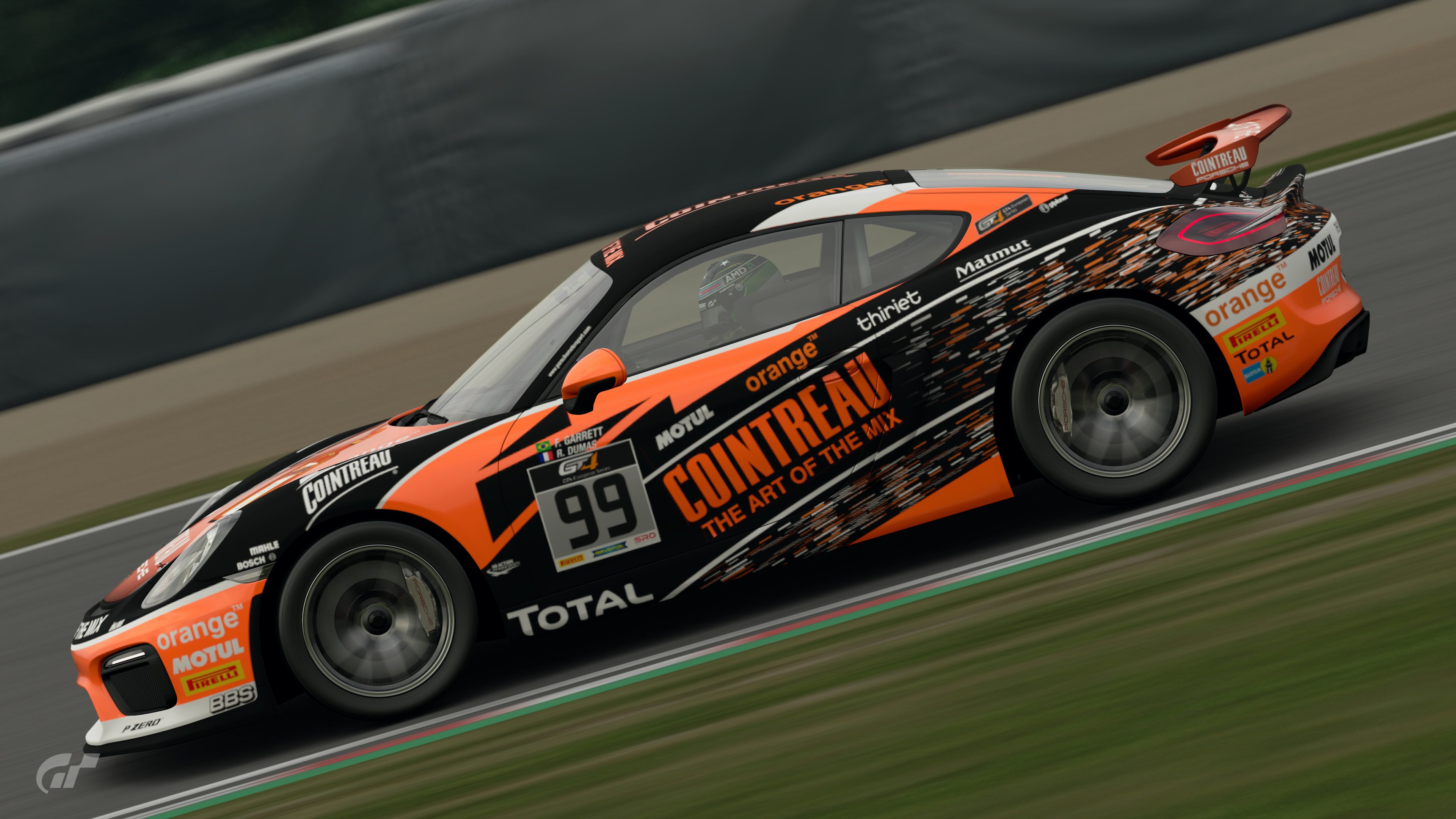 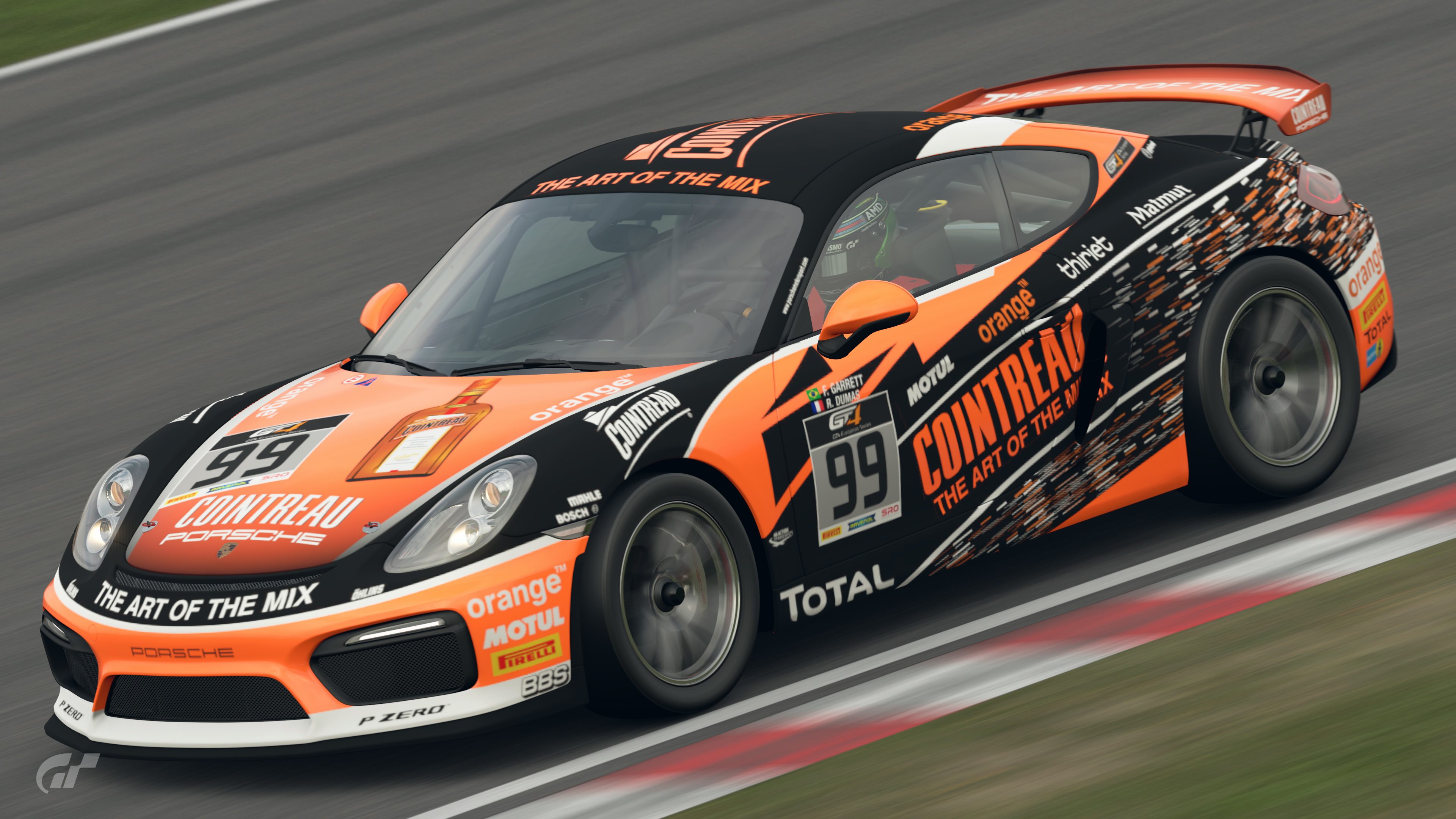 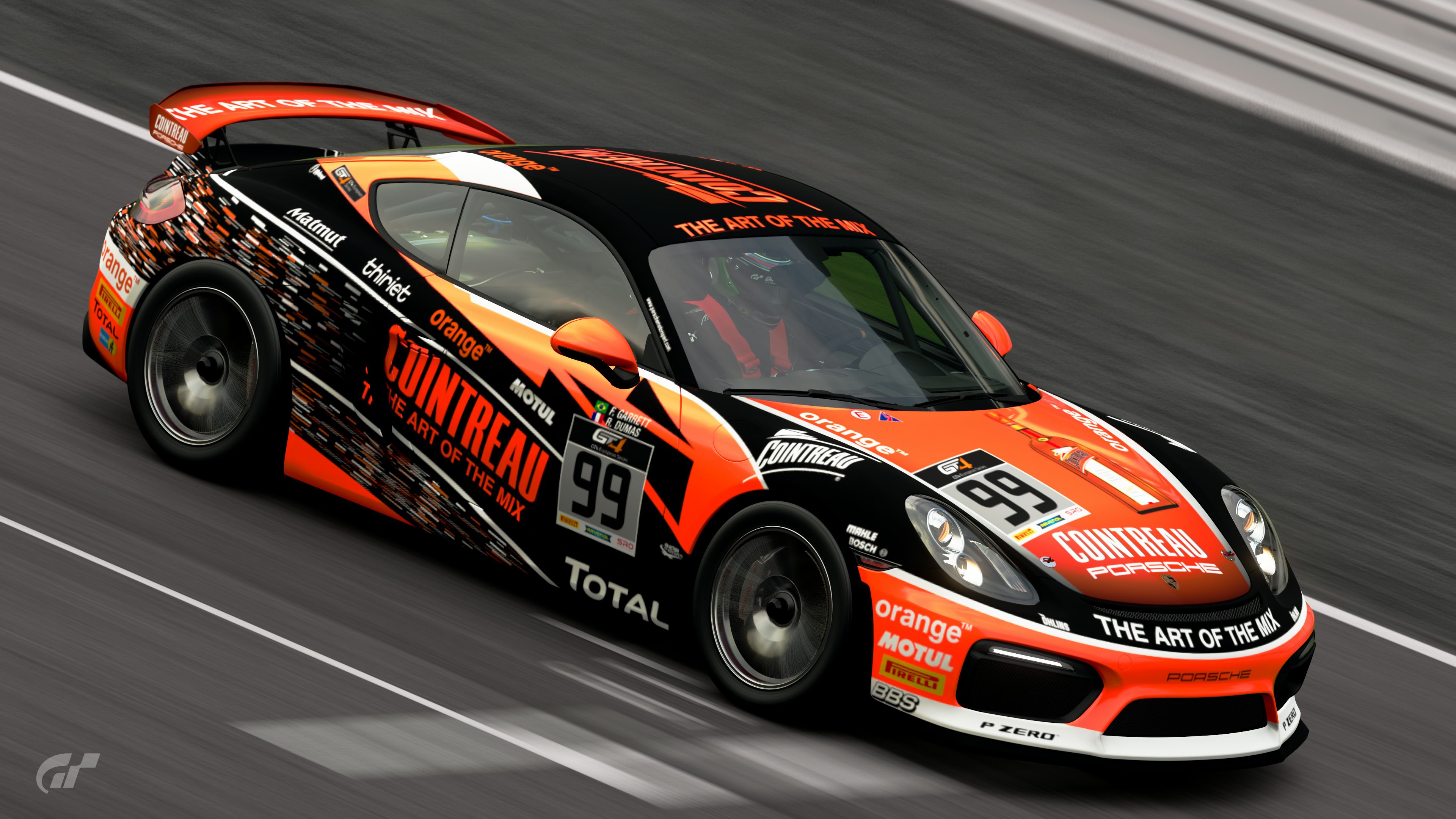 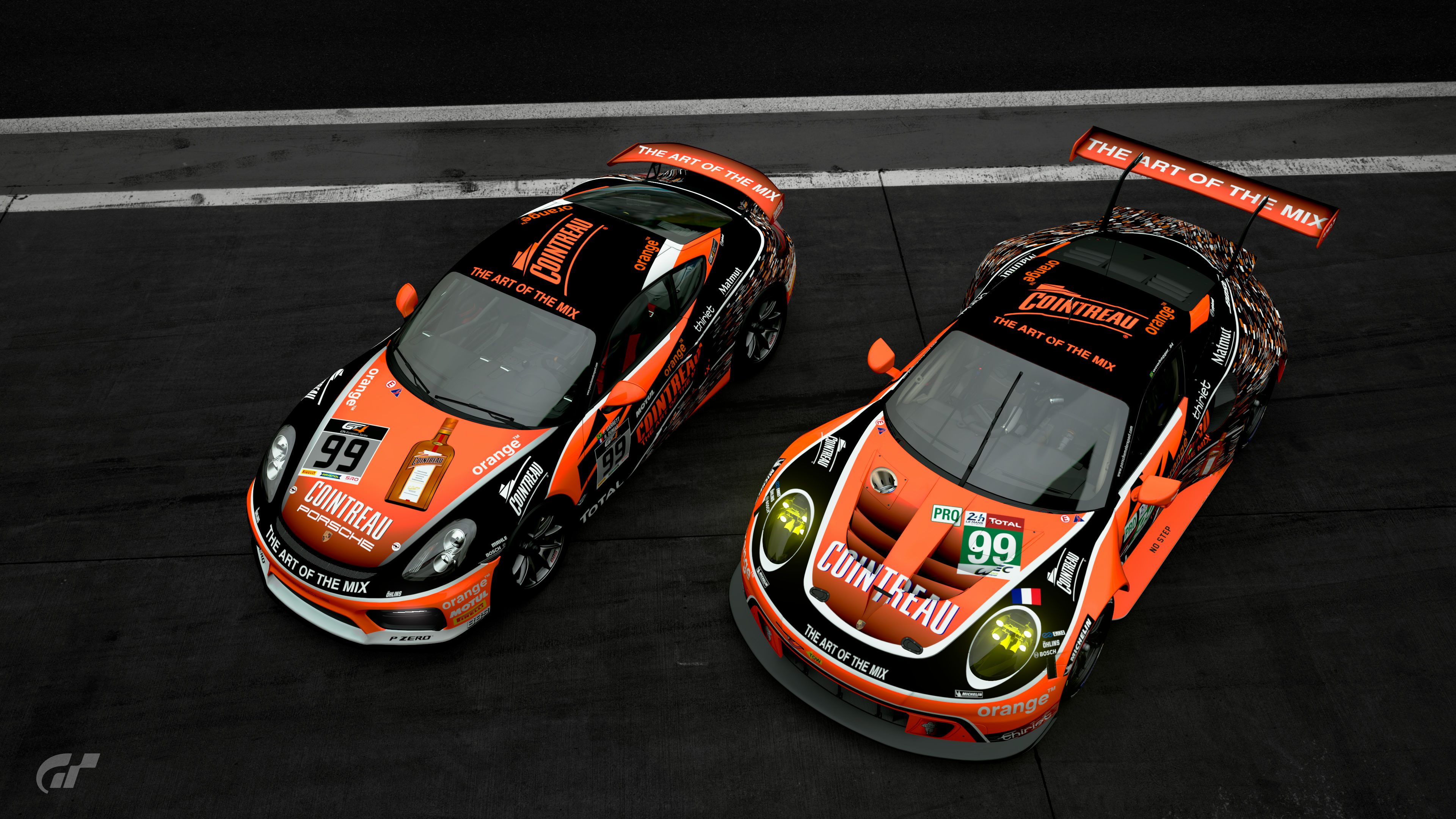 Finally did a livery for the F1500T. Went for something more simple and period correct - digging up old Petrobras/Lubrax logos was really a journey. As I see it, the car would be a Fittipaldi with massive Brazilian sponsors backing it up, powered by Porsche turbo engines because I love Porsche.

Really like the car. Its blocky nature makes editing really fun and I already got some new ideas to explore. 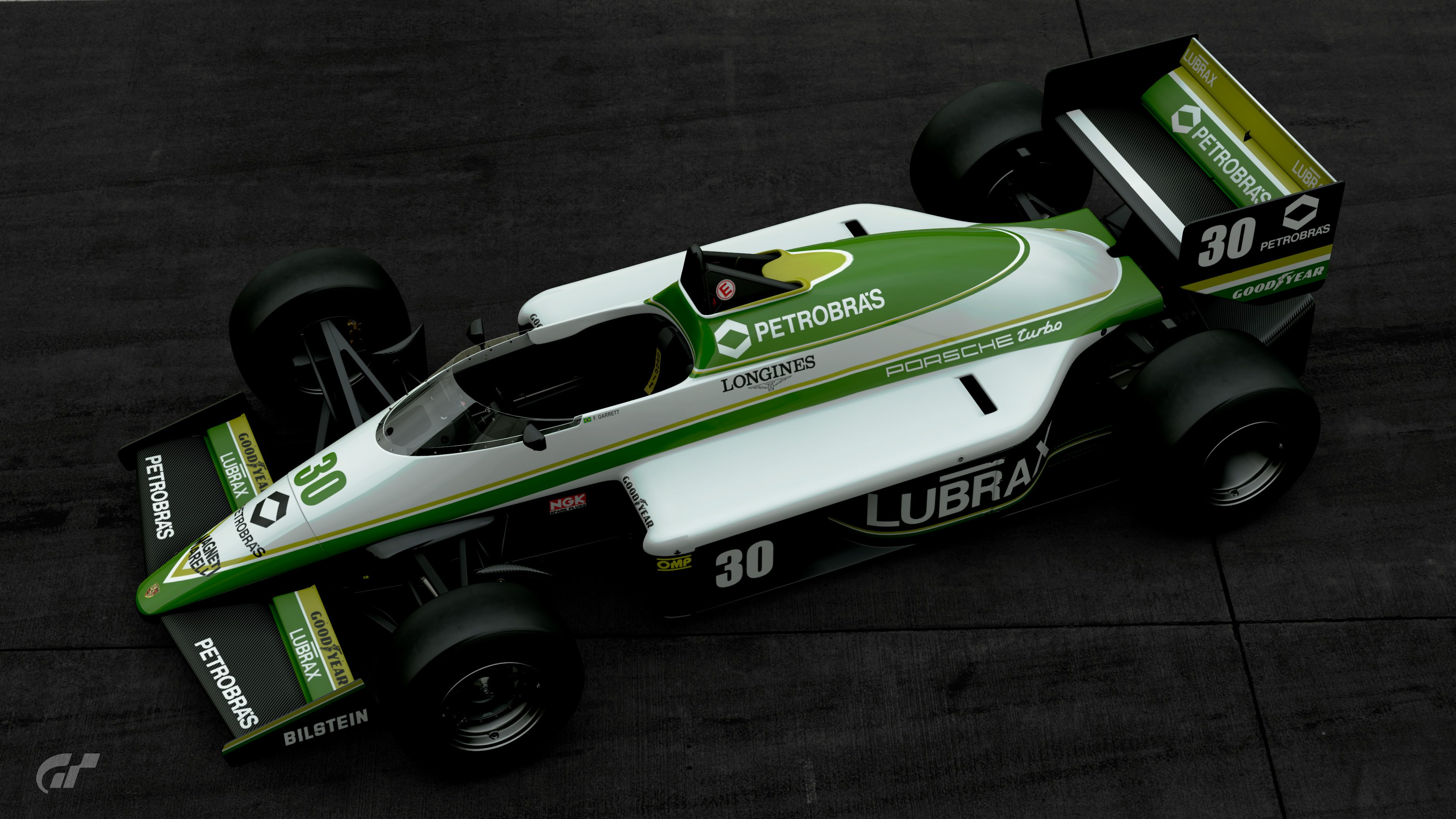 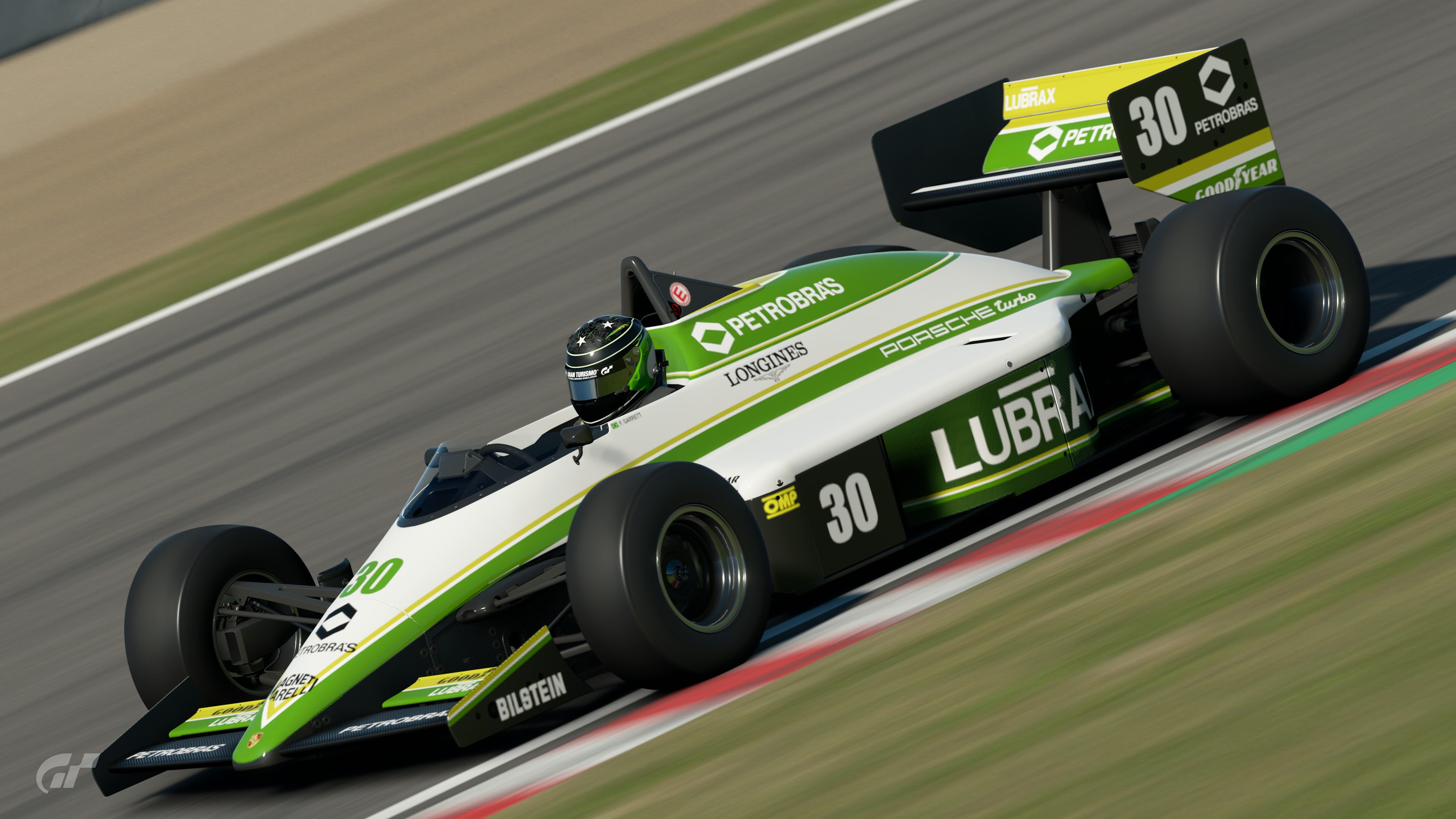 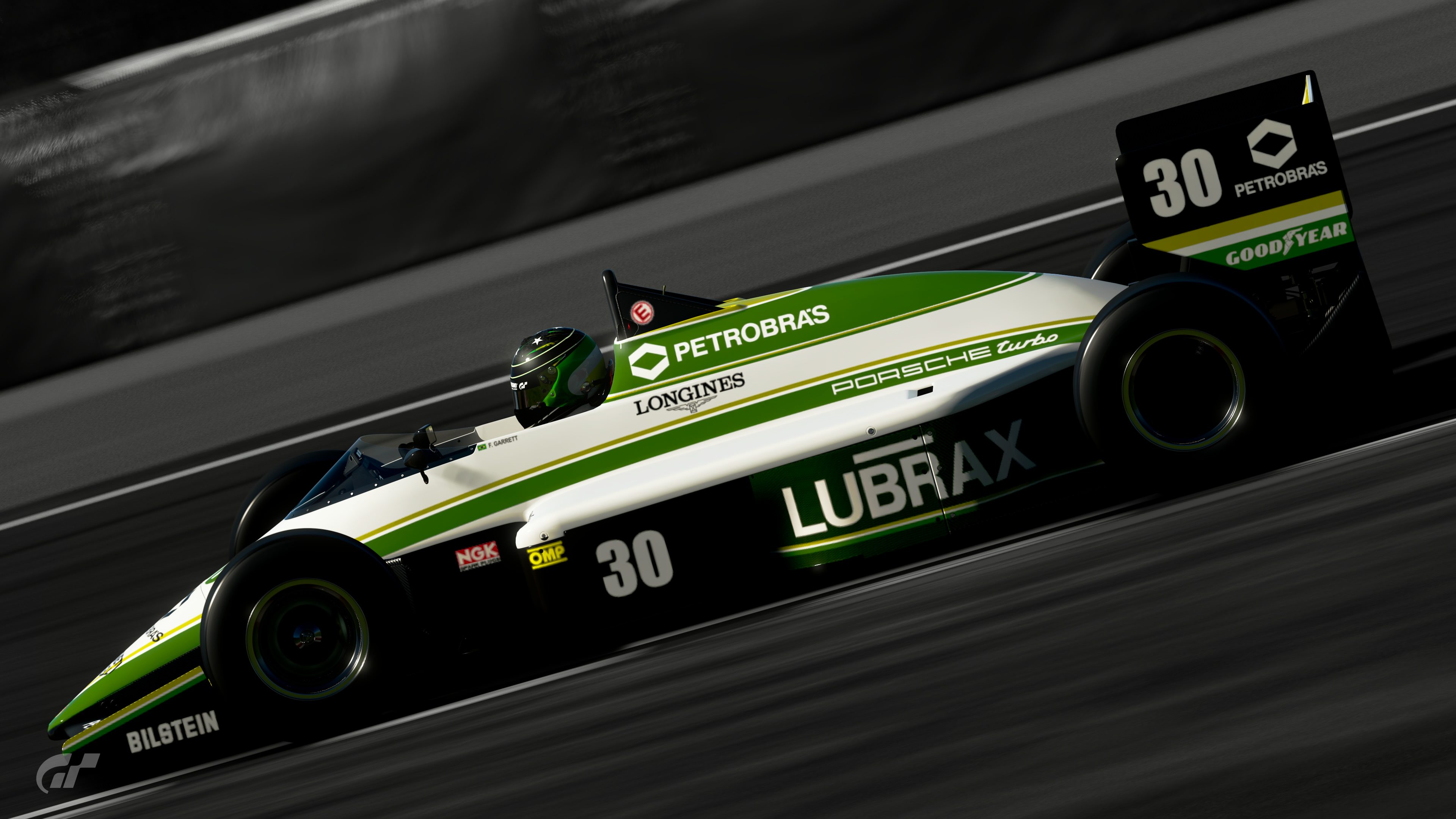 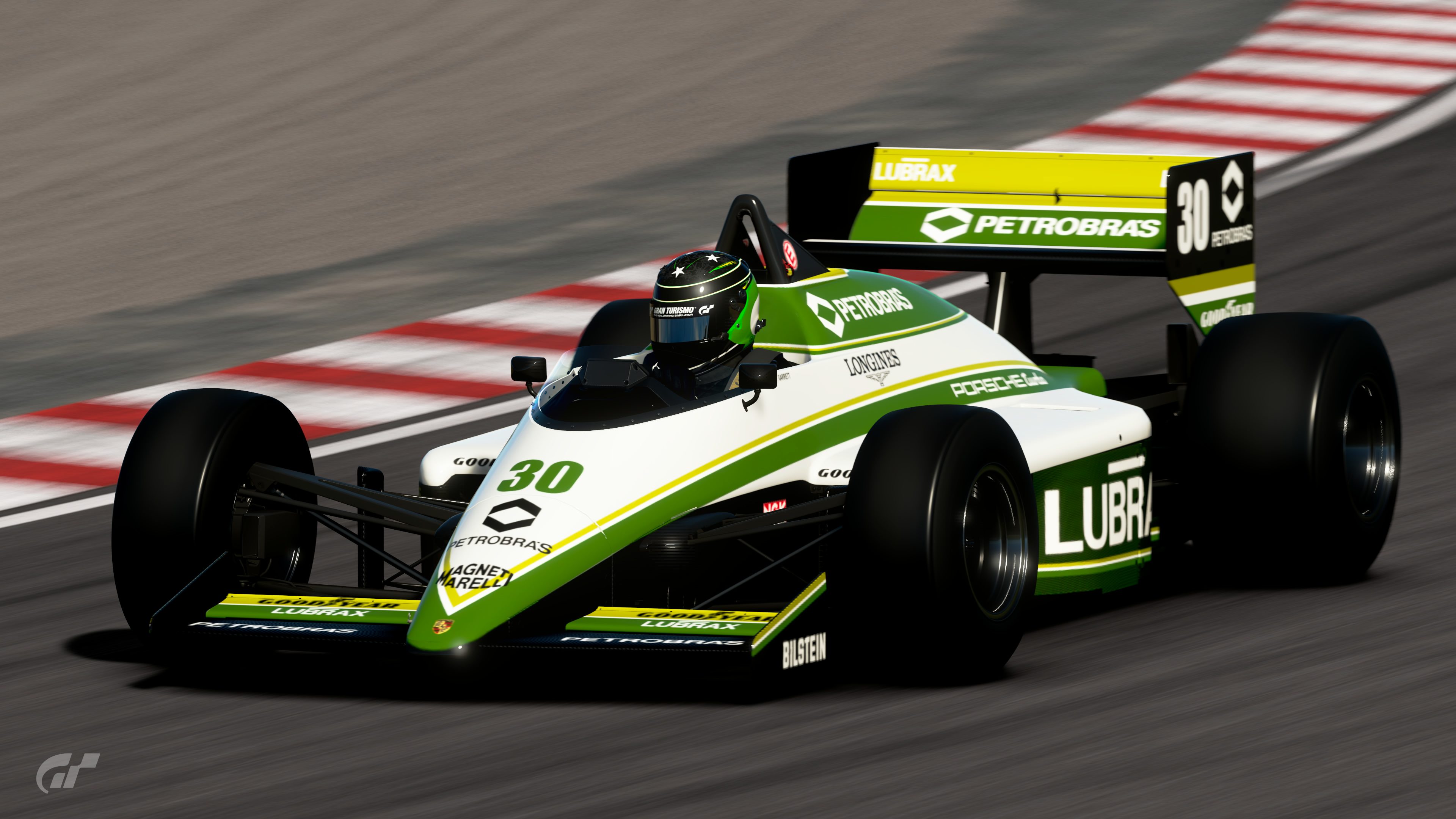 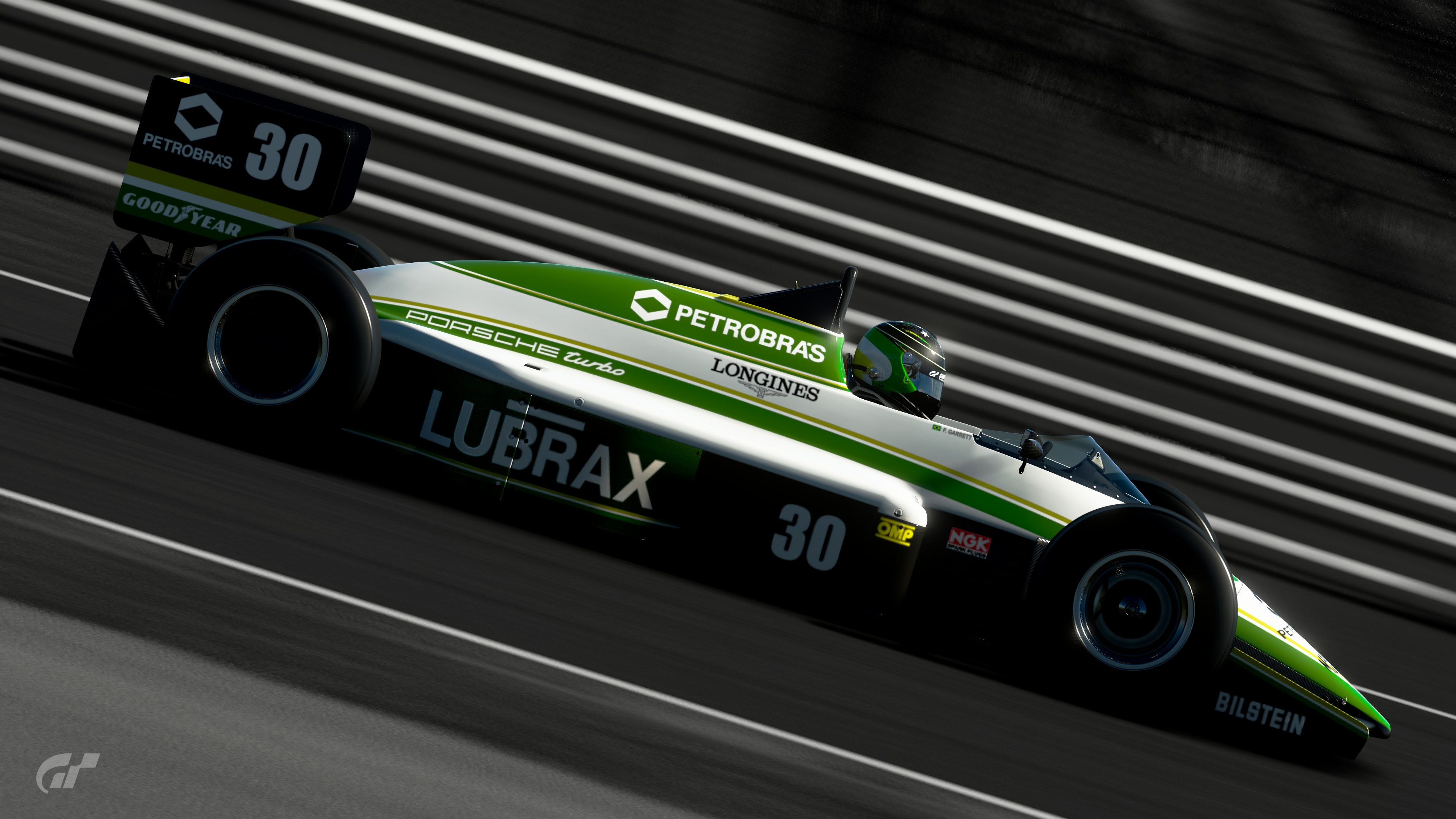 Man, I have a huge backlog to update here!

This design was developed to the LEC #63, which mandated: British GT cars sponsored by Tripadvisor. The first thing I did was take a look at the Tripadvisor UK website. Once there, I found the "Find the good out there" phrase and decided it would be a central part of the design, so it appears everywhere in the car. Also noticed a map being used at a banner, so I thought: hummm, I bet I can make this into a SVG... and the rest was just matching colors from the official brand guideline, provided on the interwebs in a PDF.

In the end, I guess I was succesful: the design ended up being the winner in the poll.

It's my only Aston so far. I found the car very easy to work with and I guess the overall approach, dividing it up as I did in bands from front to rear is a obvious template to work with it.

I wish I had more pics of it in hand, but the jump to PS5 and a dead hard disk later took care of my old library.

This is my first Corvette and it was a challenge. The car is very complex and full of curved surfaces that can prove a bit tricky to work on: the rear and the rear fenders bit are a nightmare to get it right without things distorting and bleeding beyond all recognition everywhere. Nevertheless, I'm pleased with the results: I set out to make it feel modern and realistic and, truth to be told, it's very hard to make something out of dark blue, white and silver look bad.

I'll wait some time and maybe I'll try something on the Gr4 car with the same general feel, but with a different design. 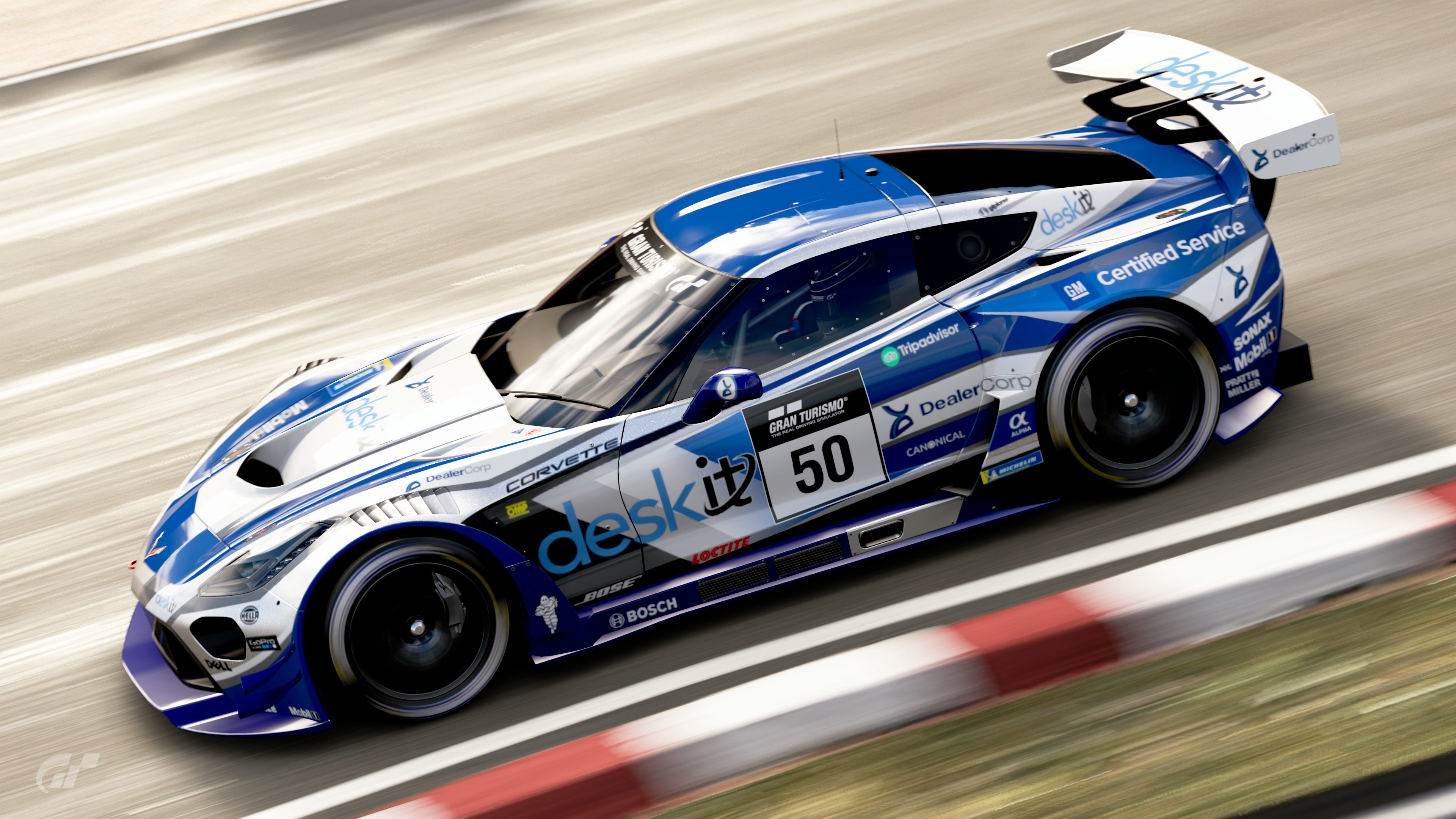 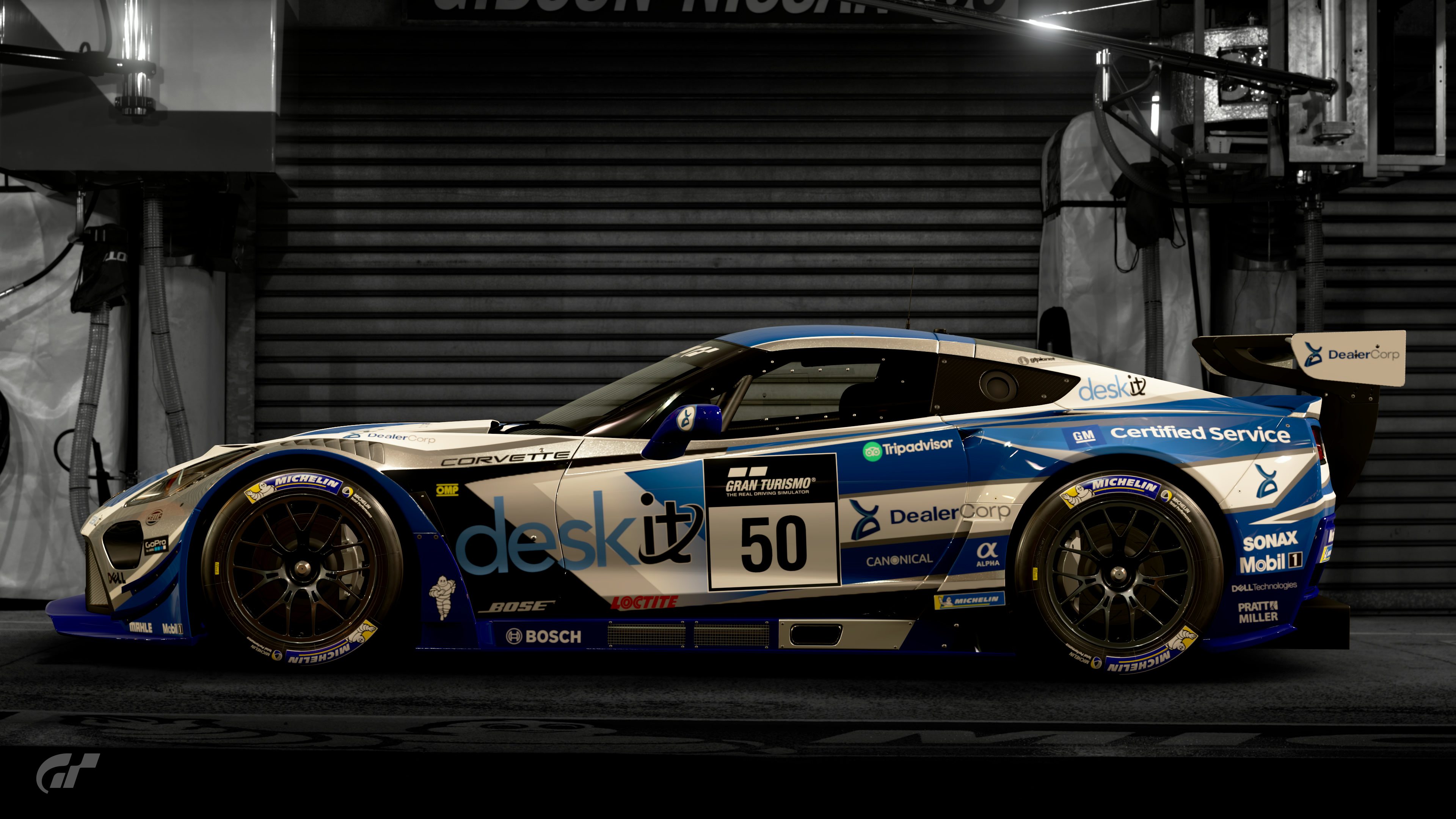 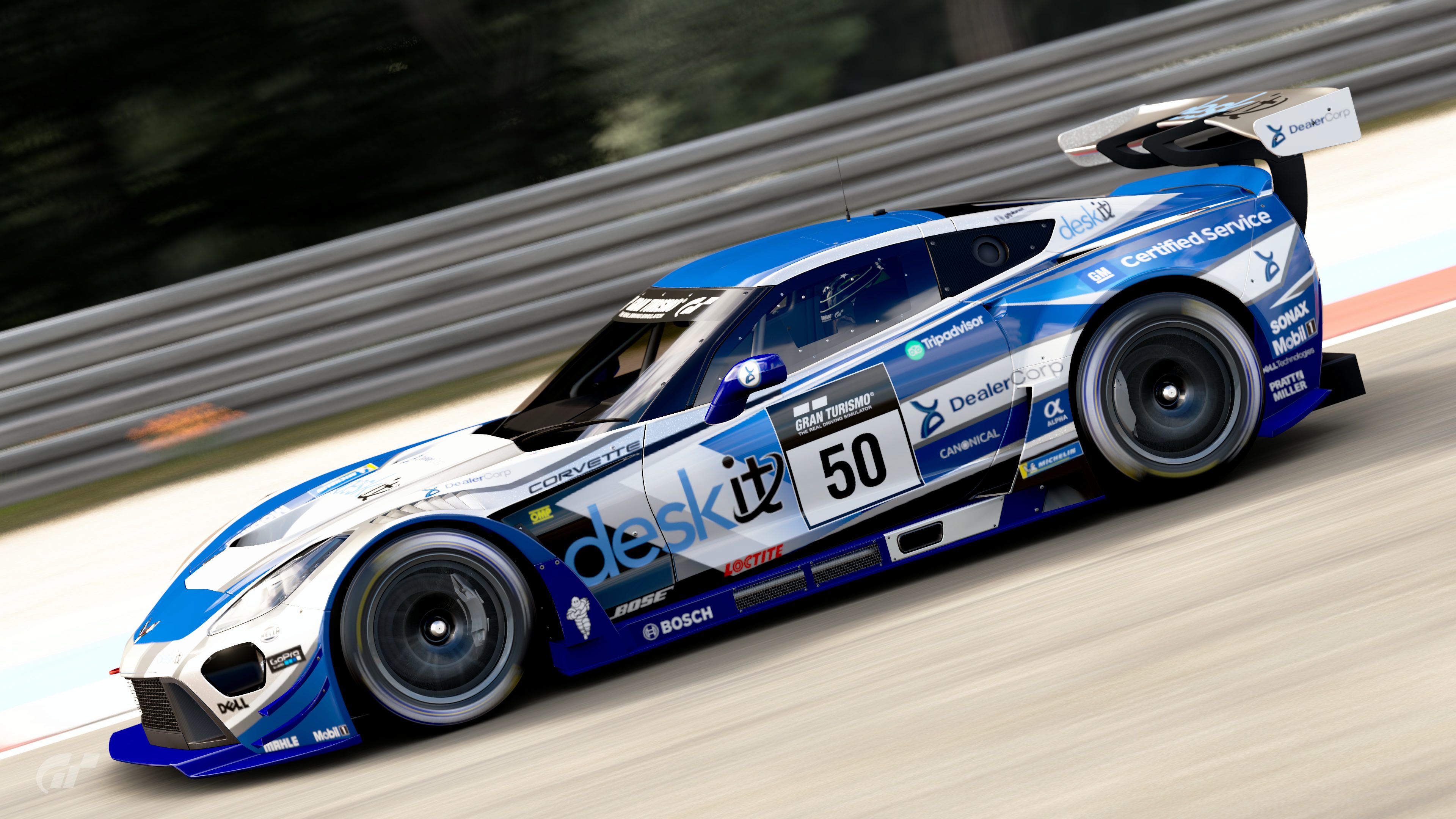 I have been developing a passion for doing period correct liveries on old cars. Searching for period correct decals, regular sponsors for each decade and manufacturer, as regulatory decals and the proper driver (or drivers) can bem time consuming and frustrating, but there is huge rewards for getting things just right.

The first example is a Ferrari 288 GTO with a livery concept for a Le Mans 1985 entry. The sponsors are pretty much the same as the F1 team in the same season. The drivers I chose have all links to Ferrari in the 80s as well: Alboreto was a title contender in 1985 in F1 with the Maranello squad, Berger would become a Ferrari driver later on and Roberto Moreno, which drove in Le Mans that year in a Porsche, would become a test driver for Ferrari, developing the semi automatic gearbox.

The car features the correct Le Mans plate for the B group, classifying the car as a contender against the BMW M1.

I'm quite pleased with this. It's an fictitious 1991 Le Mans 24h by a Brazilian team backed by Lubrax motor oil and Mazda. The design is intentionally simple, leaving the bright yellow and dark black contrast to do the talking.

It shows period correct decals for sponsors and its class. In the crew, I went for Maurizio Sandro Sala and Stephan Johansson, who both were factory Mazda drivers at the time. 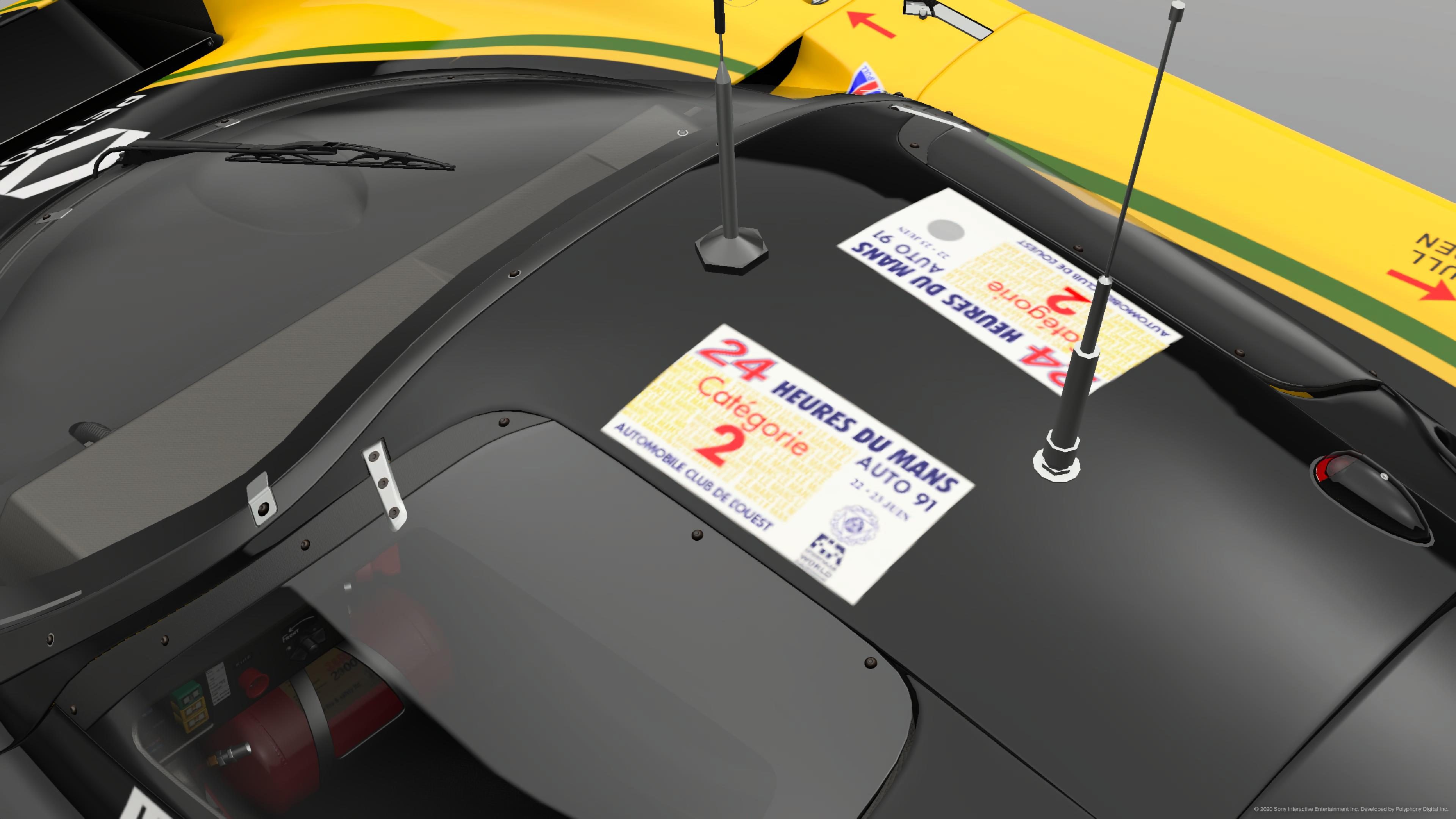 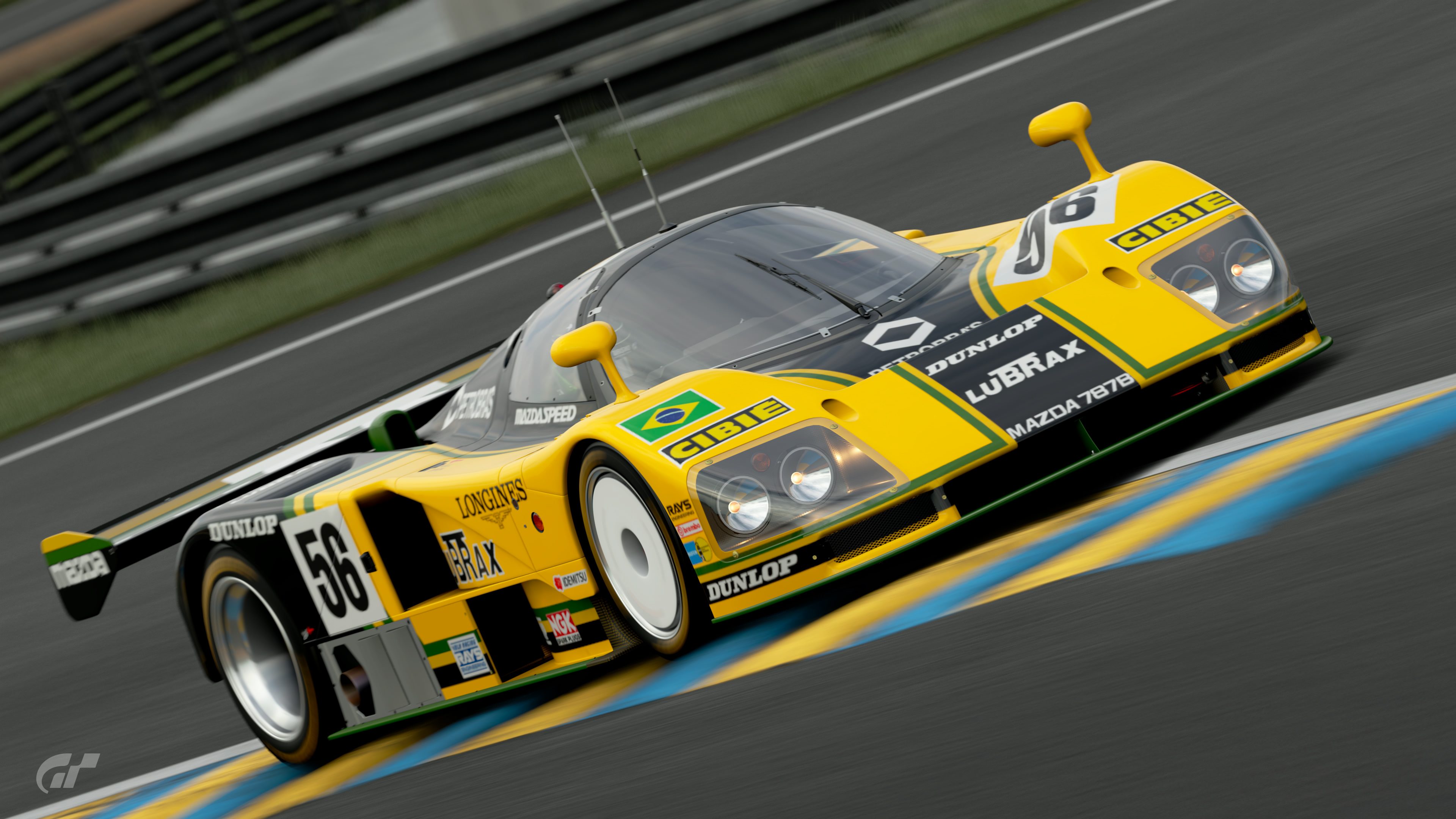 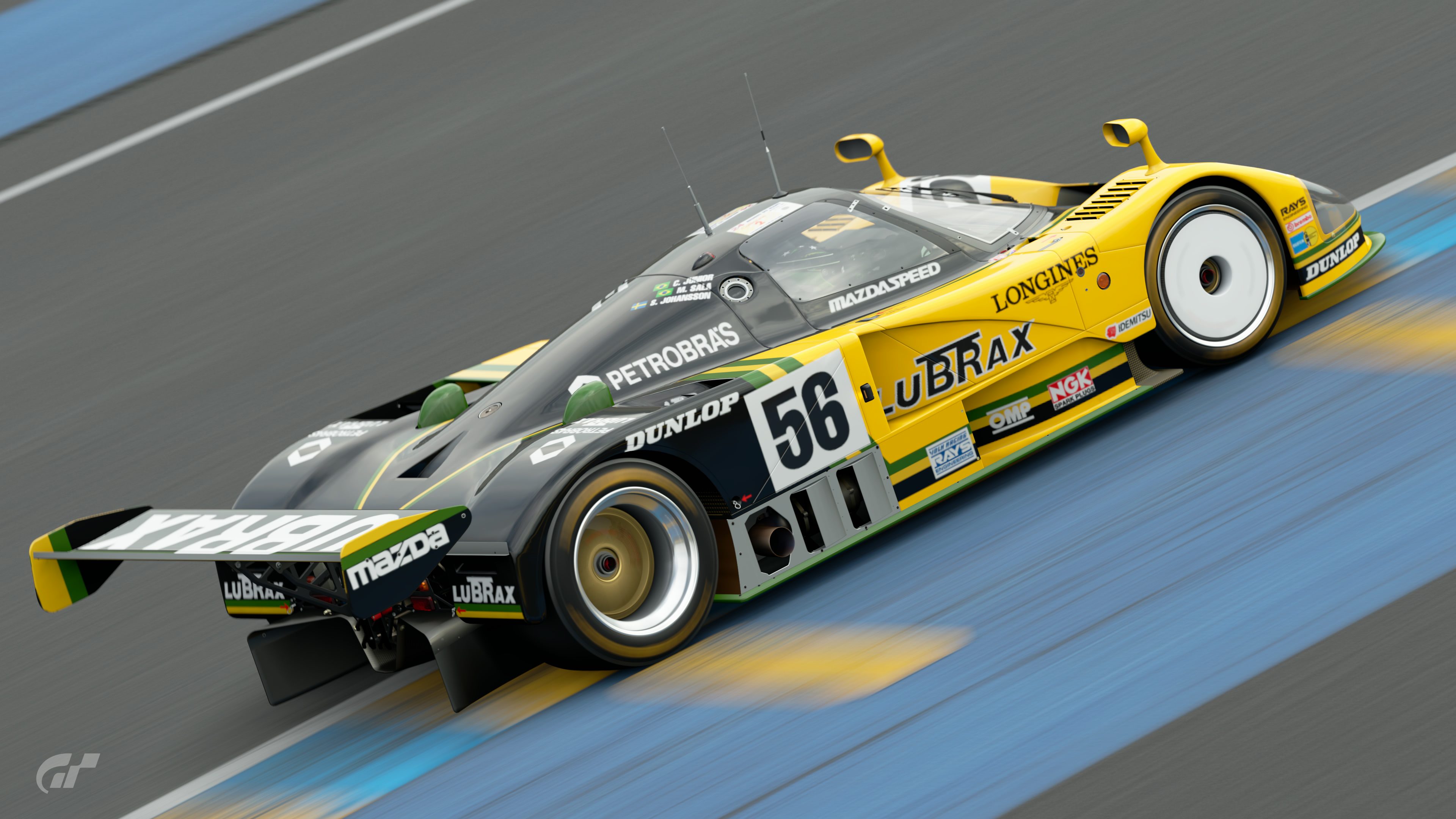