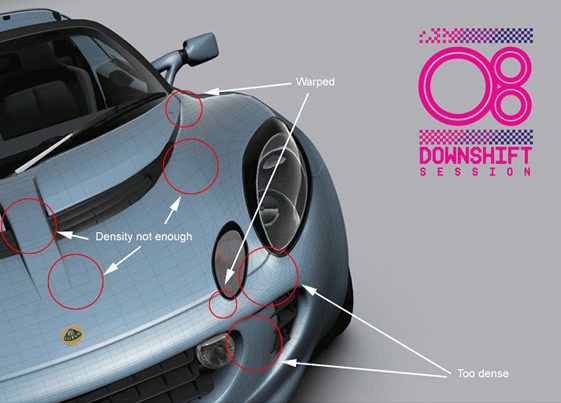 Proper Graphics’ 3D model of a Koenigsegg CCX to Gran Turismo 5’s specifications caused quite a stir.  Not only was it discussed across the web, the accompanying video clip was the seventh most popular on YouTube last week!  Yury Rybakov of the Belarus-based design studio dropped by our forums to help explain exactly why their model looked so much better than what we’ve seen in games so far.  Mr. Rybakov conceeds the Koenigsegg wasn’t processed in real-time like it would be in a game, but it also makes significantly better use of the polygons that it is composed of.  He supports his argument by highlighting several imperfections in Gran Turismo 5 Prologue’s vehicle models that have resulted in incorrect and misaligned surface reflections that most of us have probably missed!

To their credit, Polyphony Digital have the monumental task of crafting hundreds of these models, and compromises have no doubt been made.  Regardless, Yury’s technical insight shows us laymen how some additional tweaking can go a long way, raising the bar higher for the next iteration of the Gran Turismo series.  Check out the screenshots below to see what he’s talking about: