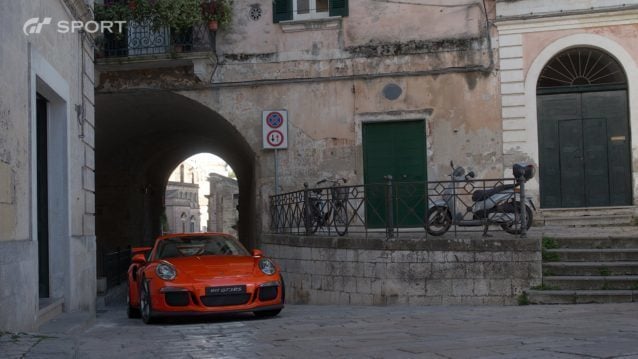 After years of wanting and waiting for Porsche to make its way over to the Gran Turismo franchise, it has been confirmed that, yes, the German manufacturer will feature in this year’s Gran Turismo Sport.

The reveal comes from the Playstation Russia Twitter account in a Tweet hyping up the coming European beta that will launch this weekend. However, social media lurkers got more than they may have initially bargained for…

This tease has since been confirmed by the Spanish PlayStation Twitter account, in a follow-up tweet. It’s an odd sight for long term fans of the series, seeing the 911 GT3 RS captured in GT Sport’s phenomenal graphical and lighting engine. We’ve got a feeling the Porsche cars included are going to be a favorite in the Scapes mode.

After we broke the news on Porsche’s exclusive relationship with Electronic Arts coming to an end late last year, many games have included the storied marque. For Gran Turismo fans, this is huge news. It’s almost easier to list which upcoming 2017 racing games don’t feature the sports cars from Stuttgart!

Within some of the images found in the gallery below (uncovered by the eagle-eyed GTPlanet community), we seem to be getting another hint at the unknown tracks first spotted yesterday.

With GT Sport’s motorsport focus, we’ll be crossing our fingers that some of the beautiful race cars the manufacturer has brought to life will also make their way to the game. For now, the tease of 500 hp 911 GT3 RS will have to do.

With the second phase of the beta just about to begin, who knows… perhaps some Porsche models may find their way into players hands sooner than they expect. Stay with GTPlanet for the latest in GT Sport and Porsche updates.