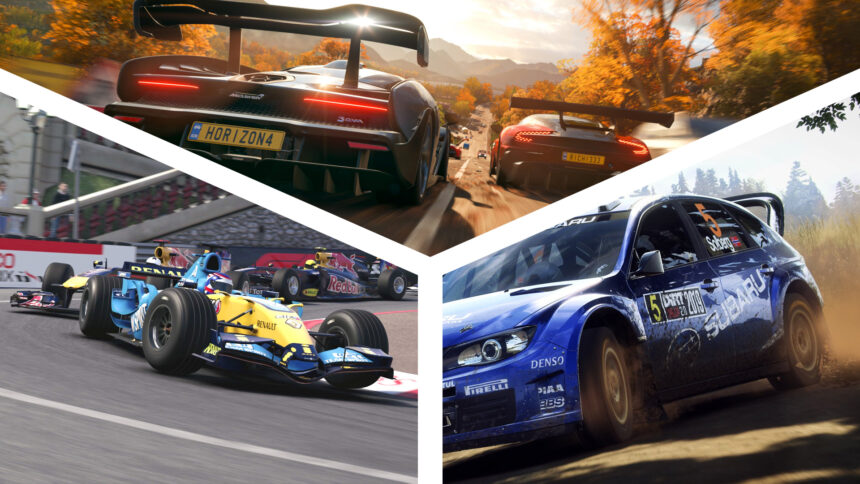 Xbox Deals Unlocked Sale Offers Up to 85% Off Forza, DiRT, F1 and More

With E3 2019 well and truly in the swing of things, we’ve been so focused on the games (or expansions) that are coming, we almost missed the great deals on ones that are already with us. The latest Xbox sale celebrates the biggest gaming expo of the year with huge price cuts on practically all the major driving titles on the platform.

We start with Forza Horizon 4. Playground Games’ open-world racer is still going strong nine months after release, with the LEGO Speed Champions expansion set to arrive tomorrow. Even if your tastes don’t skew blocky, the steady evolution of FH4 — including the recent start of Series 10 — means there’s over 500 cars for you to explore Britain with. The regular version is half price, with Deluxe and Ultimate lopping off 35% and 40% of their usual sticker prices, respectively.

There’s also its 2016 predecessor, Forza Horizon 3. The older game is missing out on some of the newer cars, but trades the four-season Blighty experience for the vast openness of Australia. It rings in for a few dollars less, depending on version.

Rather stay on circuits? Both Forza Motorsport 6 and 7 are on sale. The bone-stock version of FM6 is one of the cheapest deals of the lot at only $7.50. Released two years later, FM7 is better in nearly every measurable way, and we’d recommend it in most cases. In Ultimate form it rings in at 25% less than the base version’s original list price, which is a good deal for a package boasting over 800 cars.

Moving away from the Forza franchise, Codemasters is well represented in the sale. Its DiRT lineup covers the last three titles, including this year’s DiRT Rally 2.0. Half price for a game barely over three months old is a solid deal to us. There’s also four years of F1 games, all at a massive 75% discount. It’s a good time to put in some practice before F1 2019 launches at the end of the month…

You can check out the full list (in USD) below. The sale runs until Monday June 17, so you’ll want to act fast.

DealsE3 2019Xbox
5 Comments Discuss this post in our forums...
Can You Beat the Impossible Gran Turismo Quiz?