@ManteoMax has done the usual compiling of info over on the official forums:

The Forza Racing Championship will return in 2018, where competitors will compete for more than $250,000 in Forza Motorsport 7.

"Our vision for Forza is to bring together racing communities and real world automotive communities and gamers and actually create this massive community of gamers that love cars and love games," Dan Greenawalt, franchise creative director for Forza, said in an interview with ESPN.

It all starts with the ForzaRC 2018 Preseason Invitational on March 24th in Seattle. After that, the regular season will begin. It will be split into two series, each with seven weeks of ranked events, and ending with a live playoff event with a top prize of $75,000.

After the completion of both series, the top 24 drivers will be invited to compete in the ForzaRC World Championship, with a $100,000 prize pool.
Click to expand...


"Drivers start your engines! We're taking racing esports to the next level with the Forza Racing Championship 2018. Starting today, drivers can register to compete for more than $250,000 in prizes. For more details and to register head to http://ForzaRC.com . #ForzaRC" 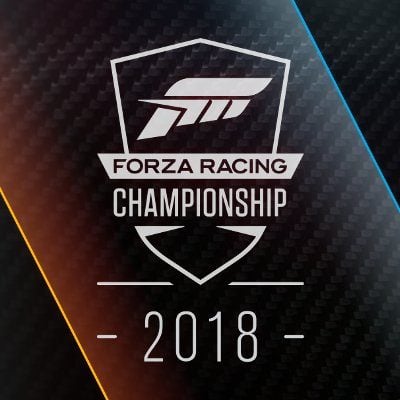 www.ForzaRC.com has all the info:


REGISTRATION
----
Drivers can register now for the events beginning in April. Drivers need to be 16 years old. There is no fee required. Steps:

1) From www.ForzaRC.com click "Register Now"
2) Be sure to read the Terms & Conditions, and the FAQ linked at the bottom of the registration page.
3) Sign Up to create a Gfinity account. You'll need an email address, and then you'll need to respond to an Activation email message.
4) Log In If you know your Gfinity account email but have forgotten the password you can recover it with the link to send an email.
5) Link your Xbox Live Gamertag to your Gfinity account. If you have previously linked your XBL account to your Gfinity account, you can select "Refresh Gamertag" and should see the success message on screen. If your account is new, go to the upper right corner drop down menu and select Edit Profile - at the bottom of your profile page you'll see an "XBOXLIVE" field to type in your gamertag.

Follow ForzaRC.com for news and updates as we get nearer to events.

Some Dan Greenawalt quotes from the ESPN article:

"Motorsports are a very expensive thing to get into,"

"The most fertile ground is not to be looking at what's impossible, but what's impractical,"
Click to expand...

From the sounds of it, ForzaRC will focus more on the esports aspect of competition, rather than the GT Academy approach of trying to replicate and produce real racing drivers. In other words, play to the advantages of Forza as a racing game, and not as a copy of real-life motorsport.

This makes sense as esports in general is primarily a marketing activity (until a game reaches League of Legends level where the "sport" is as important as the game itself), and one of its goals is to make the game appealing to newcomers and active players alike.

There will also be a new update for Forza Motorsport 7, giving viewers new spectate and grid features.
Click to expand...

...and to get into speculation territory, the March Invitational is sponsored by IMSA.

More info, not only on the RC but Monday's content update:

Spectate
Watch live multiplayer races with our brand new Spectate feature. Improved camera transitions and performance means you’ll never miss the action. Positioning data for on-track cars is 100% precise as well, which means that what players see in Spectate is exactly what’s happening in the race.

Seed the Grid
Players will be able to set up multiplayer races just as they like with the new Seed the Grid feature. Lobby hosts can now manually set the grid order during race setup, and a completely overhauled interface offers hosts and viewers alike new details, like real-time player grid position changes.

Both Spectate and Seed the Grid will be added as part of our February content update for Forza Motorsport 7 and represent just the start of our esports feature set.
Click to expand...

Looks like the regular season will be using Multiplayer lobbies:

When the competition begins on April 2, all registered drivers begin their race to the top of the leaderboard. As part of each seven-week series, drivers will compete in ranked events, earning points and climbing the leaderboard as they go. Look for a full breakdown of the tournament structure and scoring in March.
Click to expand...

I signed up for it, but there's no way I'm even going to be in the top 90%. I'm just in it for the participation prizes. 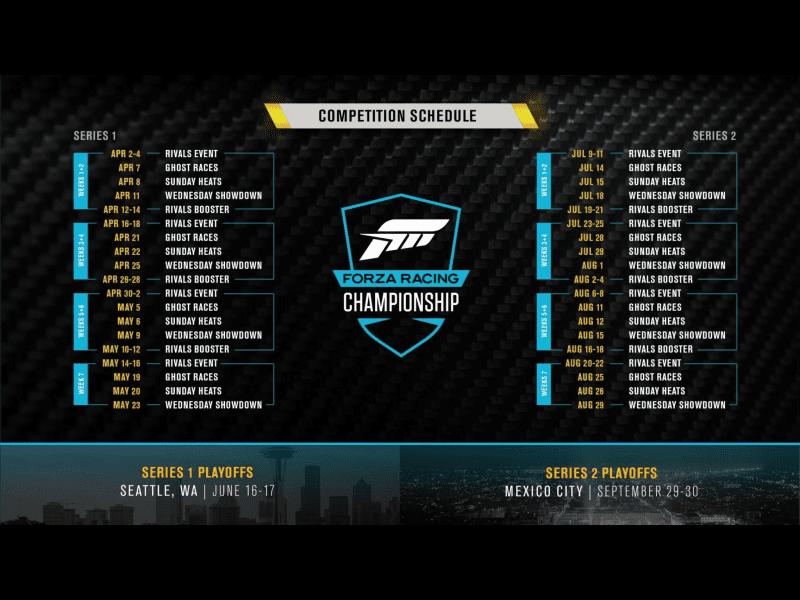 Here’s the handbook with rules: https://d3kq2xhl2rew87.cloudfront.net/media/files/forzarc_2018_handbook_and_rules.pdf

The big one that I’ve spotted is that the competition is Xbox only.
Last edited: Mar 14, 2018

The pre-season thing starts tomorrow and if you watch the stream you apparently will receive some in-game prizes, no clue what they are though.

Taken from the site currently:

There's also raffles during the show you have to click to enter.
Last edited: Mar 24, 2018

The rulebook has been updated with a bunch of things, including future car/track combos.

This is the bracket I'm in tomorrow, some quick ones in there...

Leaderboards for week 1 are up on Gfinity.

Not bad for a casual racer

I doubt I'll take part in future Qualifiers since I've got no hope of making the playoffs, but it was nice to see how I stacked up.

No freebies in today's stream.

Populuxe Cowboy
No freebies in today's stream.
Click to expand...

🤬 it. When do these :censored:ing things start? I keep missing out on the time and poll quests because I tune in either too soon or too late.
Last edited: Apr 25, 2018

Afternoon races are live, so people can pick up the goodies for the next 1hr 55m.

Races are live. If you miss this one, you can tune in again in five hours for a repeat. Here are the prizes:

Today was round 1 of the second series. A replay will happen in four hours. 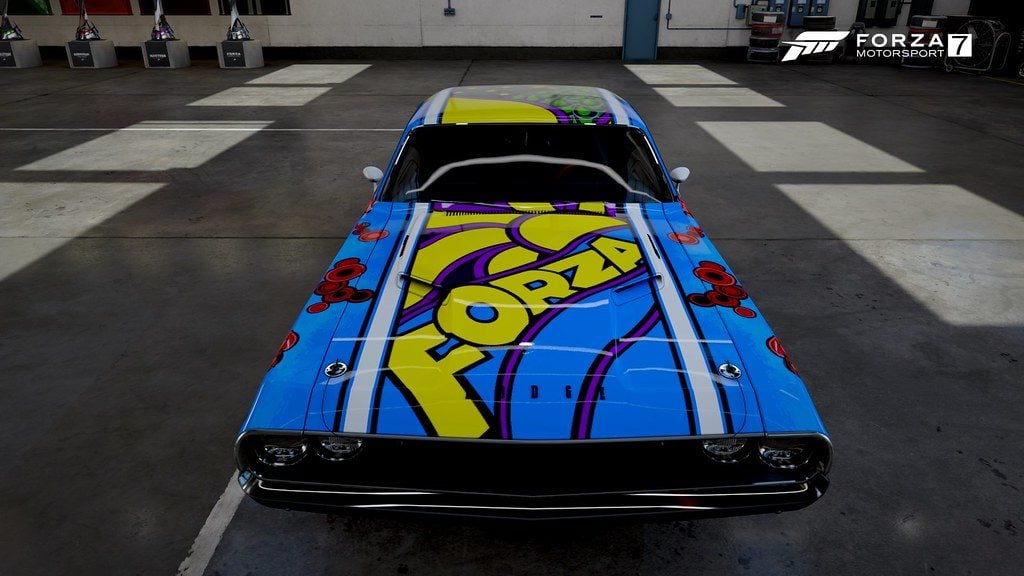 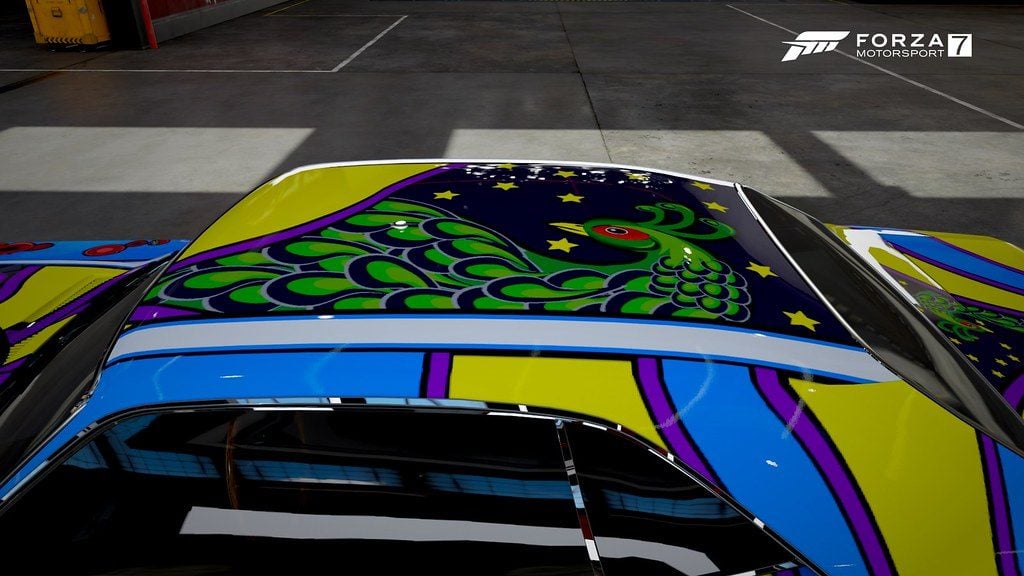 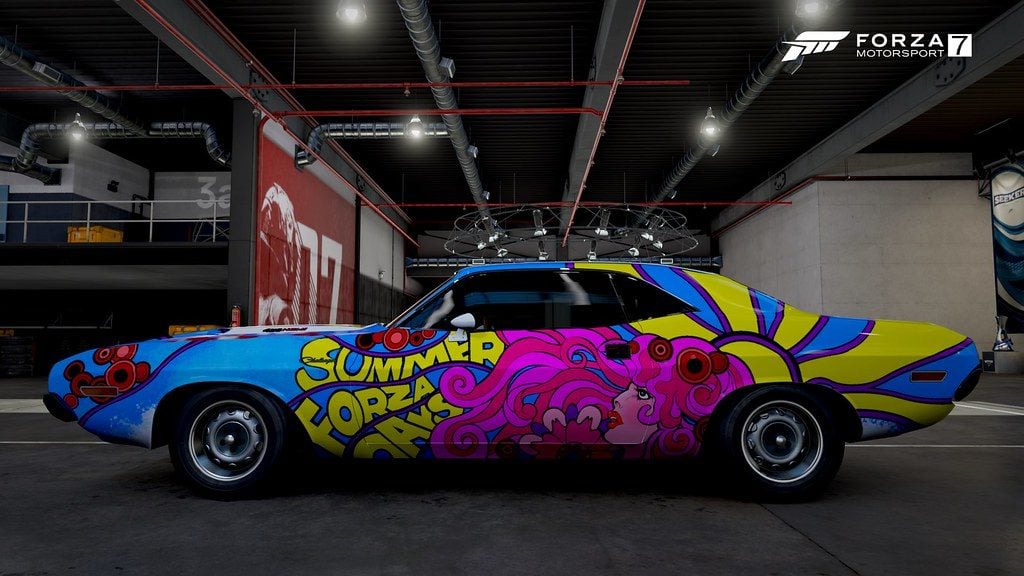 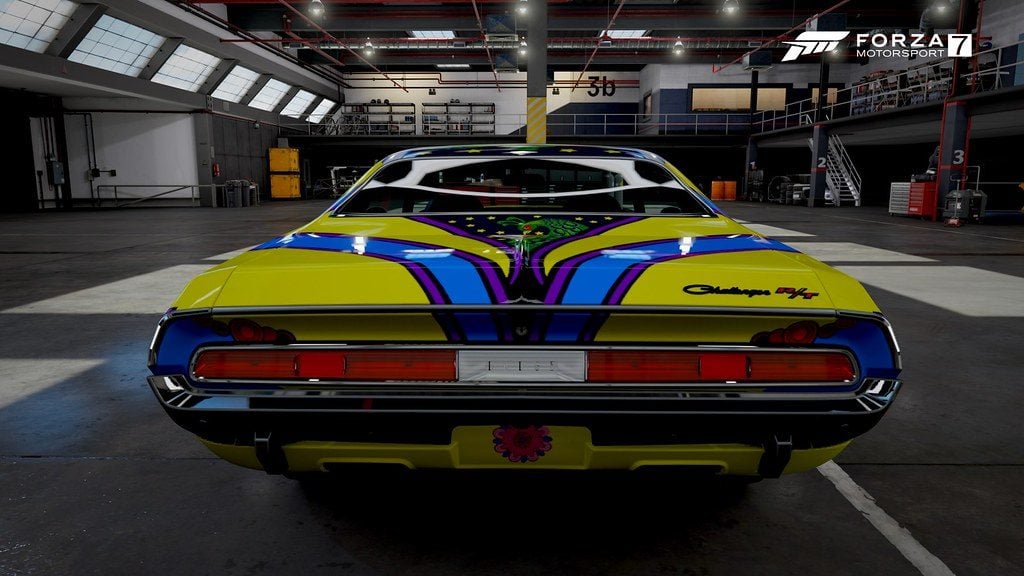 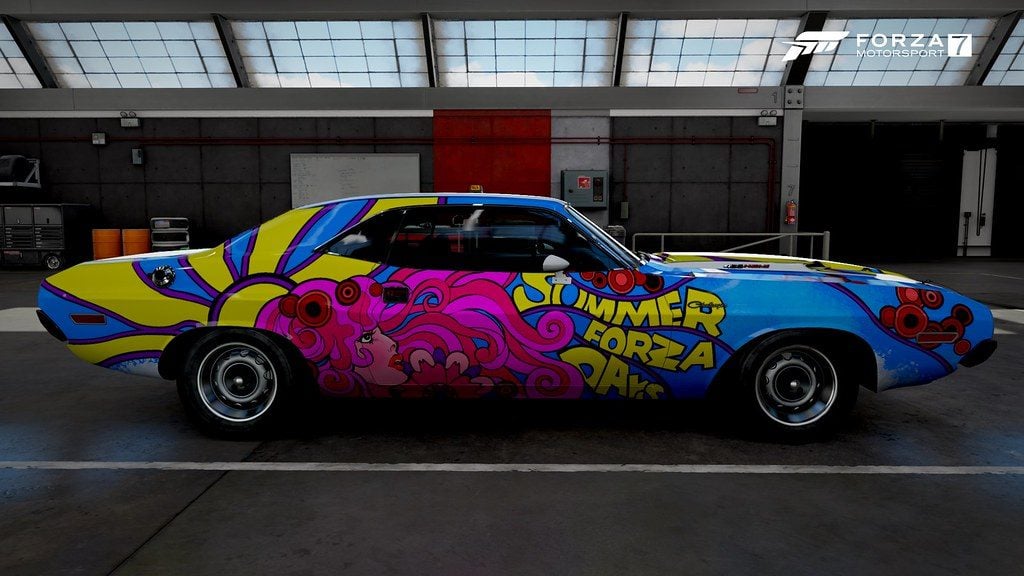 That livery would have been a lot cooler on the Vandura or Samba Bus.

Wait, there were prizes? I watched it on mixer, and I didn't see anything about that. I only watched it for the 1st race in the '70 Challenger at Road Atlanta. Or was I on something different? I clicked on it when it came up, but it took me to Mixer I think. Fortunately it looks like I didn't miss out on much, except for the Groovy Challenger. I gotta pay more attention to this. I'm already peeved to have missed out on the 1st Forza RC Driver Gear.
Share:
Reddit Pinterest Tumblr WhatsApp Email Share Link