So Apple announced the iPhone lineup for this year last Tuesday and with launch day fast approaching, here's a look at the tech sheets for the models and my thoughts.

iPhone 13 and 13 Mini:
Not much to truly get excited about here if you had the 12 equivalent. The cameras get a nice little bump with larger pixels (1.4µm to 1.7µm) and the fancy sensor shift optical stabilization that was exclusive to the 12 Pro Max last year now comes to every model. The dimensions are identical to last years models but with a fractionally smaller front notch and a little bit more weight. They now start at 128gb (finally) and go 256gb and 512gb. Supposedly the battery improvements are pretty good, with around 2 hours extra video time on the 13 and 1.5 hours on the Mini. Both feature larger batteries than last year.
The displays have gotten brighter and are still the excellent XDR Retina OLED displays with HDR10+ and Dolby Vision. Both powered by the new A15 Bionic with 4-core graphics. 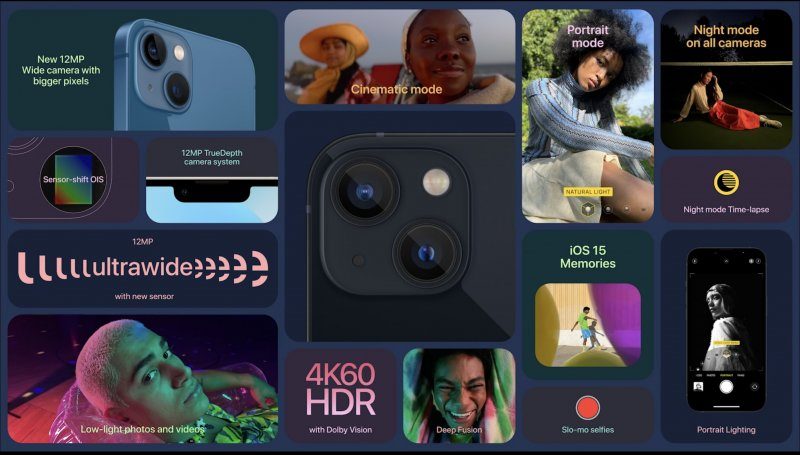 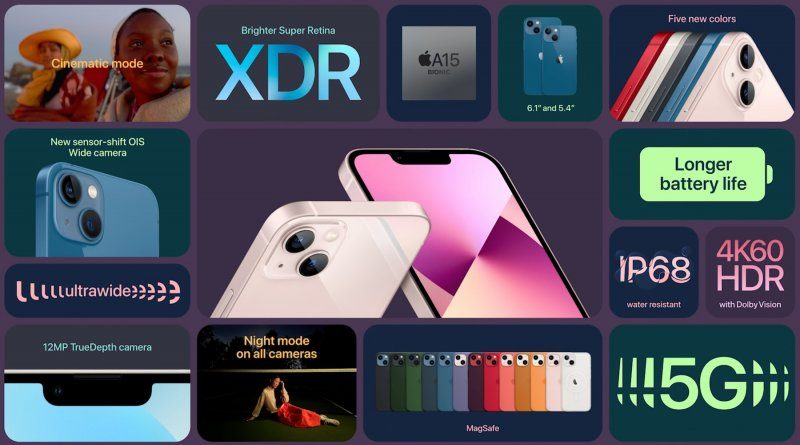 iPhone 13 Pro and Pro Max:
Display:
The biggest updates inevitably come to the Pro series. Starting with the long overdue upgrade, the Pro phones now finally have ProMotion displays with variable refresh rate up to 120hz. This brings the displays back up to the expected flagship standard when compared to other devices. And as Apple tend to knock it out of the park with their displays, this should only further this. Like the other 13s, the notch has been slightly shrunk in size and the typical brightness has increased by 200nits from 800 to 1000 with a peak of 1200 in sunlight.

Cameras:
The next biggest upgrade is the cameras. The Pro line get all new cameras with wider sensors and bigger pixels (1.4µm to 1.9µm), new 3x telephoto lens which can now be used as a Macro lens thanks to impressive focus ability. The aperture on the ultra wide goes from f/2.4 down to f/1.8 which should help with consistency between the lenses. New photographic styles settings will offer a bit more in terms of the actual visual flavor of the images you take, vivid, cool, warm and more, this I feel will be a very useful feature for those switching from the likes of Samsung for the post edit feel to shots.
New cinematic video modes will help push the iPhone 13 Pro line further ahead of the competition in the video area, Apple already dominate this area and with cinematic mode offering film like focus effects and processing and the ability to record ProRes video (1080p on the 128gb models, 4k on 256gb and above) will give the pros even more flexibility that other manufacturers just aren't offering.

Power/Performance:
Like the 13 range, the Pro line get increased battery capacity and the Pro Max in particular is expected to gain significant battery line over the old models. The new A15 Bionic also powers the Pro Line, however, the graphics power is slightly stronger than the other 13 models with a 5-core GPU instead of the 4, giving the Pro series the upper hand for gaming, although a lot of that power will likely be utilised for higher framerates/refresh.
As with last years Pro models, 128gb is the entry point, with 256gb, 512gb still abov,e but now a 1tb option also exists for those absolute power users.

Design:
Not much new here aside from the aforementioned smaller notch. like the 13s, they are also slightly heavier. and retain IP68 dust and water resistance. The hero colour for this year is the Sierra Blue. 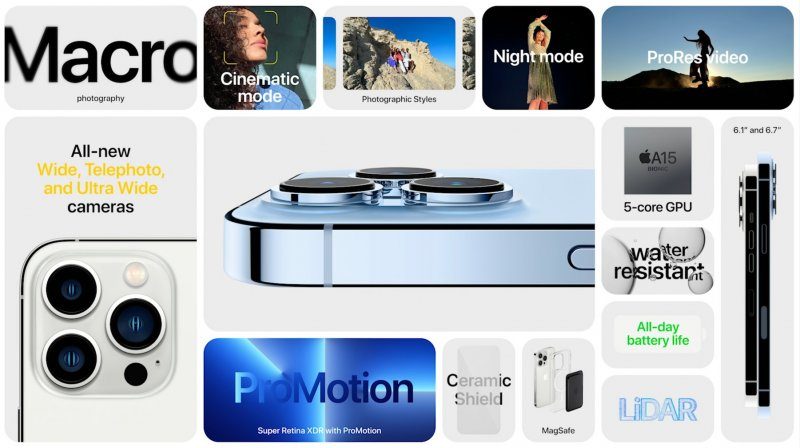 My thoughts? As a Samsung user for the past few years, this is the first iPhone in a long time that has got me considering switching back to Apple. The improvements to the cameras and camera software are huge this time around and should close that gap in the photo ability of the iPhone to the likes of the S21 line from Samsung and perhaps even future proof against the new Pixel series which Google I'm sure will be hoping can reinvigorate the line. Inevitable improvements to deep fusion will also keep coming in this aspect. Performance wise the iPhones have always fared extremely well in benchmarks across the board, the A15 won't be any different and the Pro series with the new increased GPU performance should help it here when it comes to raw GPU power versus the top Android phones at the moment. The ProMotion display has been a long time coming I feel and was certainly a big factor in not even considering the iPhone 12 Pro as a new phone. Once you have had and used a 90/120hz display, it is surprsingly difficult to go back to a regular 60hz display. iPhones have always felt very snappy despite this as they have a very good touch sample rate on the displays and in the past this has meant that iPhones still felt more responsive even compared to higher refresh displays on some android phones. Adding an actual high refresh display could give the new iPhones a serious advantage over the competition and I am excited to get my hands on one for a test.

My perceived negatives so far? Still Apple refuse to move to USB-C on the iPhones. Almost every other product they make now uses USB-C, the exceptions being the iPhone and the baseline iPad, with even the new iPad Mini moving to USB-C. It is purely cost driven as they can squeeze more from licensing the lightning port to 3rd party manufacturers of cables. I sincerely hope this is the last iPhone we see with lightning.
Design, I absolutely don't hate the design, it is the 2nd year of what I call the design refresh for this iPhone language with the squared sides, but it does perhaps look a little dated now having followed the same basic design since the iPhone X. And whilst there is an argument for, why change a good thing, the argument against it is, is it actually that good? Like I said, there's nothing fundamentally wrong with it but next to the latest Samsung S21 series, Oppo X3 series and the new Pixel 6, it does make the iPhone look a little like a well trodden path. Again, like the lightning port, I feel this is the last year they'll get away with a mild refresh of the design.

IOS 15:
iOS 15 see's a lot of improvements across the board without doing anything too crazy. And that's fine, iOS14 bought with it a lot of features that had been craved for years like proper widgets and customisation. iOS 15 brings in things like Focus mode, allowing to create different focus profiles for things like, work, sleep, driving, fitness, gaming etc. Allowing you to setup bespoke notification profiles, hide home screen pages and more.
All of the Apple apps have been updated in some way, Safari has had a visual refresh, the address bar for example now defaults to the bottom, not a huge thing, but for Pro Max users this is a very nice feature on that display size. Messages now integrates better with other Apple apps like Apple Music. Weather, Photos, Facetime, also all getting lots of great new features.
Security has really bumped up, with a lot more coming in terms of blocking tracking and trackers, particularly through emails and advertising. New features allow you to record app ativity to find out what parts of your phone apps are using and turn off accordingly. Apple Authentictor, a new authentication system that doesn't rely on potentially unsecure SMS verification. Private Relay which seems like an effective built in VPN like system, this is exclusive the new iCloud plus service but looks like it would be well worth utilising. 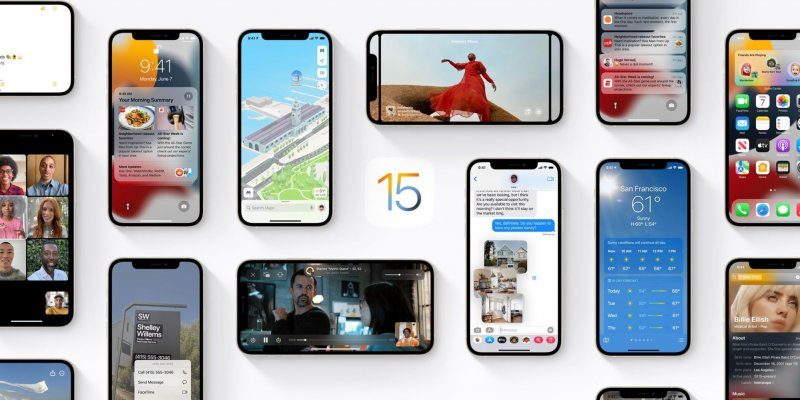 So what are your thoughts? Will you be purchasing a new iPhone 13 model? Is it enough to lure you away from another brand?

Went to the Apple store downtown to check the new iphones yesterday and I'm considering getting the 13Pro.

Never had an iPhone before but I did buy an iPad pro this year and I've had Mac/books in the past.

My girlfriend has 2 iPhones,the most recent one being the 11 and one of the things I absolutely love are the cameras. I own a Huawei that I got 2 years ago at the airport cuz my other phone died, but it's getting too slow and thr camera is really bad, especially for video.

I tried the cameras of the 13Pro, especially the x3 telephoto and it's really really good, sharp and stable while recording video.

The 120mhz is another selling point. Having experienced it on the iPad Pro, it's hard to go back to my own phone or anything else really. I tried scrolling on both the 13 and the 13Pro each one on one hand and the difference is glaring.

Sony and Fanatec charging $€120 for the word Pro it seems

Replays via iPad or iPhone

Windows 10 Home or Pro: from a RAM point of view