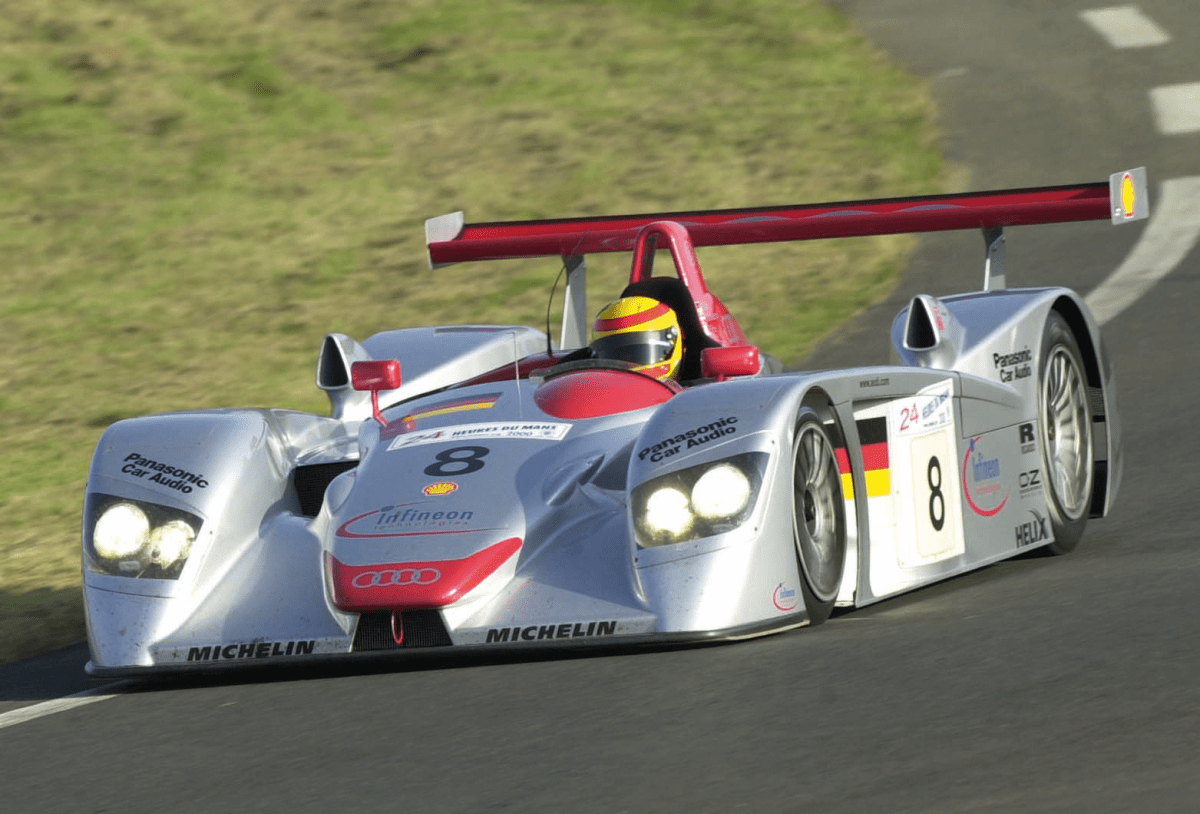 In 1999, Audi turned to sports car racing after many successful years in rallying and touring cars. During the debut year, the German manufacturer explored the two avenues in the regulations to outright victory with the closed cockpit R8C that complied with the GTP regulations and the open R8R that competed in LMP900. While both cars were powered by a similar twin-turbo V8, the R8C was developed and built in England and the R8R was designed in-house and built by Italian specialists Dallara. Audi only raced the R8C at Le Mans and ultimately chose to go for the open route for 2000 as it would produce a more versatile racer.

Audi, however, did not return with a development of the R8R but instead incorporated all the lessons learned in the brand-new R8. Once again, the car was designed in-house by Wolfgang Appel and Michael Pfadenhauer. Like most contemporary sports prototypes, it was built around a carbon-fibre composite monocoque with double wishbones and push-rod actuated springs and dampers on all four corners. The most obvious difference was the use of a single roll-over hoop instead of the full-width roll-bar used on the R8R. Like before, the major chassis components were constructed for Audi by specialists Dallara.

What was carried over from the R8R and R8C was the twin-turbo V8. Constructed from lightweight aluminium-alloy, the compact engine displaced just under 3.6 litres and was equipped with a pair of Garrett turbochargers. Equipped with the mandatory restrictors, the V8 produced around 600 bhp. The engine was mated to a Ricardo-sourced six-speed sequential gearbox, which was operated by paddles behind the steering wheel. The rear-end of the R8 was designed to be rapidly swapped out. At Le Mans, the team managed to complete a change of the rear-end in a startling four minutes.

One of the main reasons for Audi to go down the open LMP900 route was the fledgling American Le Mans Series (ALMS), which was run mostly on tight tracks but in the very lucrative North American market. The R8 made its debut in the ALMS season opener; the Sebring 12 Hours. Fielded by Audi Sport North America, the brand-new car scored a remarkable one-two debut in this very tough race. For Le Mans, three cars were fielded by Audi Sport Team Joest. The R8s once again dominated, scoring a resounding one-two-three victory. The dominance continued in North America and Audi also ended the year as champions.

or 2001, the cars were subtly developed, although to what extent was not revealed until after another Le Mans victory was scored. The engine used featured direct fuel injection or 'FSI', which increased fuel efficiency and also improved performance. In addition to the works teams racing on both sides of the Atlantic, R8s were also fielded by satellite teams Champion Racing in North America and Johansson Motorsport in Europe. In the following seasons, these and other teams would add many more wins to the R8 tally. 2002 was the last year the factory team raced the cars at Le Mans when another one-two-three victory was scored.

From 2003, the Audi R8s were fielded by satellite teams as the works efforts focused on the Bentley Speed 8, which was to some extent was a development of the R8C. While the Bentley won at Le Mans, the successes in North America continued and the Audi teams would go on to win the championship with the R8 through to 2005. At Le Mans, the privately entered R8s were gradually restricted to favour cars built to newer regulations. This did not prevent the ageing machine to score two more outright victories in the 24 Hours of Le Mans. For 2006, the R8 was replaced by the revolutionary, diesel engined R10, which was once again fielded by the works team.

Although not always racing against the strongest of opposition, the Audi R8 has a virtually unparalleled racing record with five outright Le Mans wins, six ALMS titles and also a pair of championships in Europe. One of the R8's defining features was its efficiency highlighted by the quick-change rear-end and the direct injection V8 engine. The R8 remains as the first great sports racers of the 21st century and kickstarted an era of Audi domination at Le Mans that would last fifteen years with just two exceptions between 2000 and 2014. The only real tarnish on the R8 legacy was the fatal accident of Michele Alboreto during a 2001 test at the Lauzitsring. 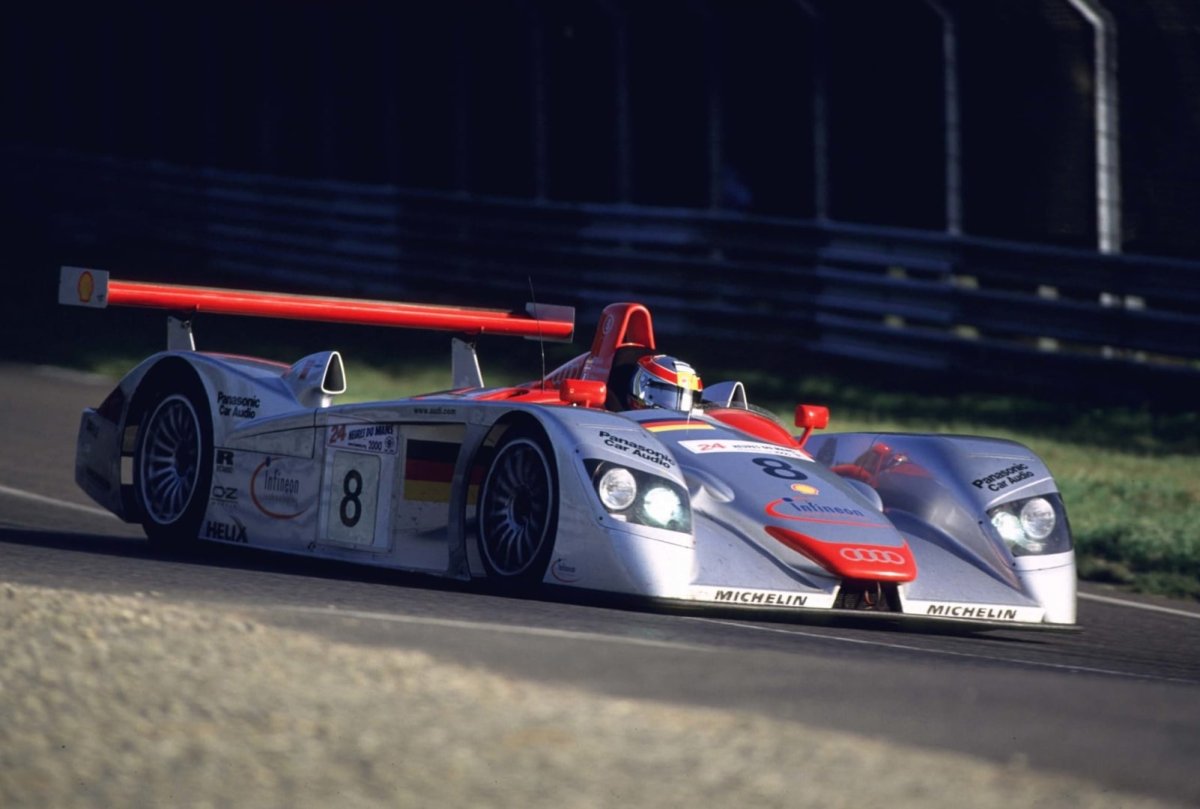 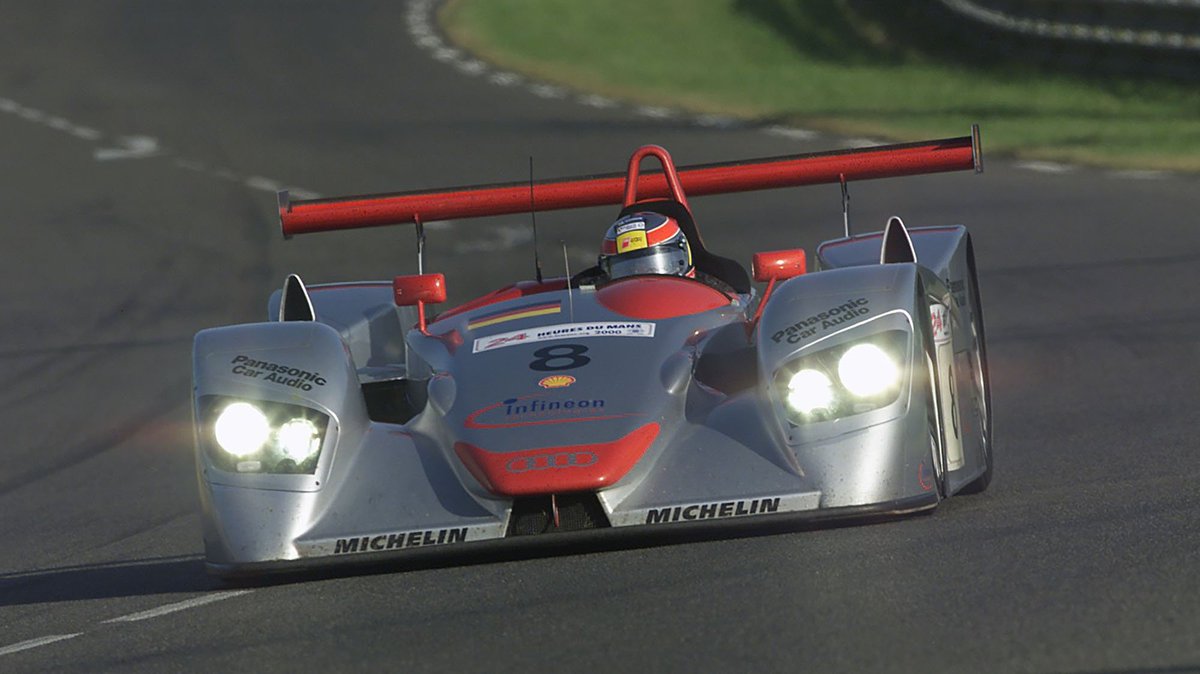 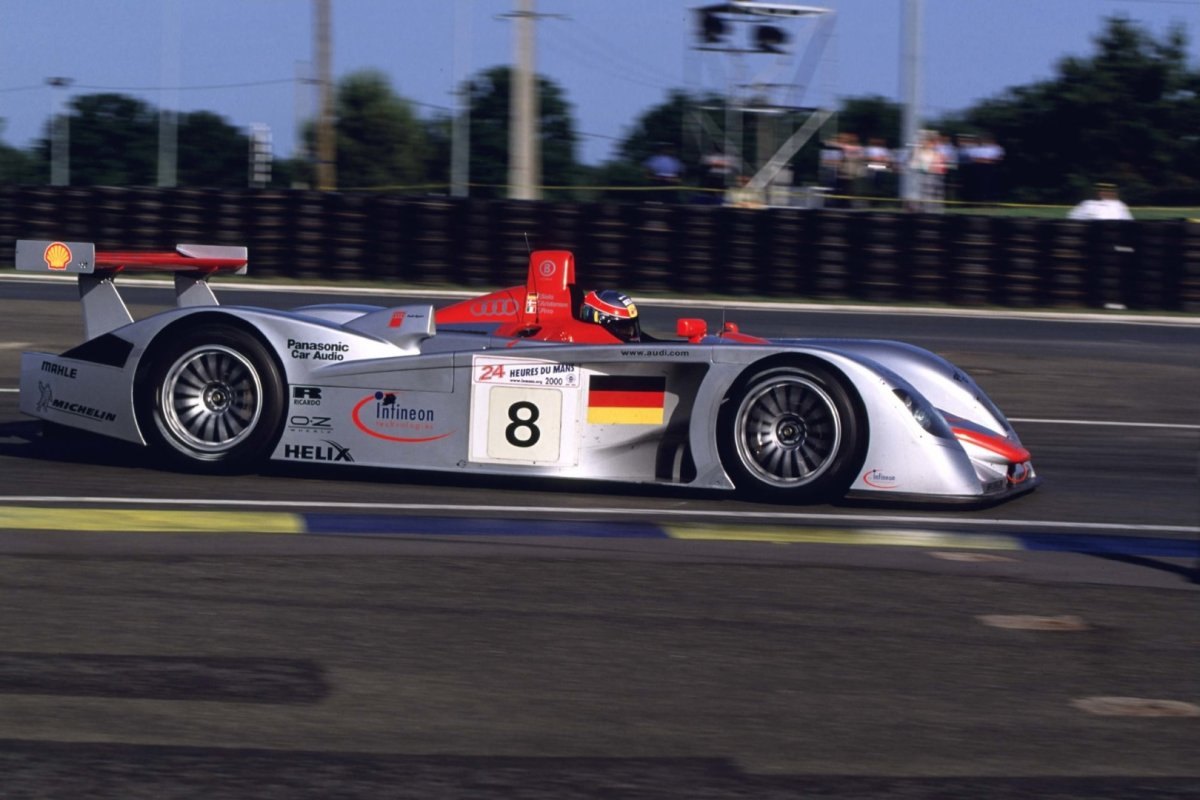 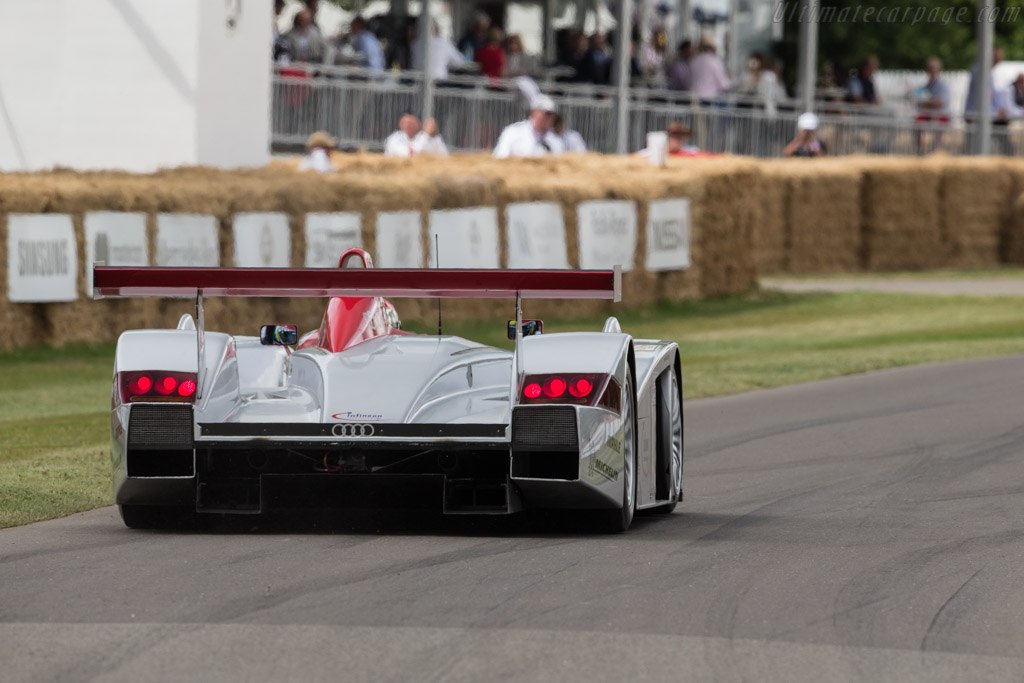 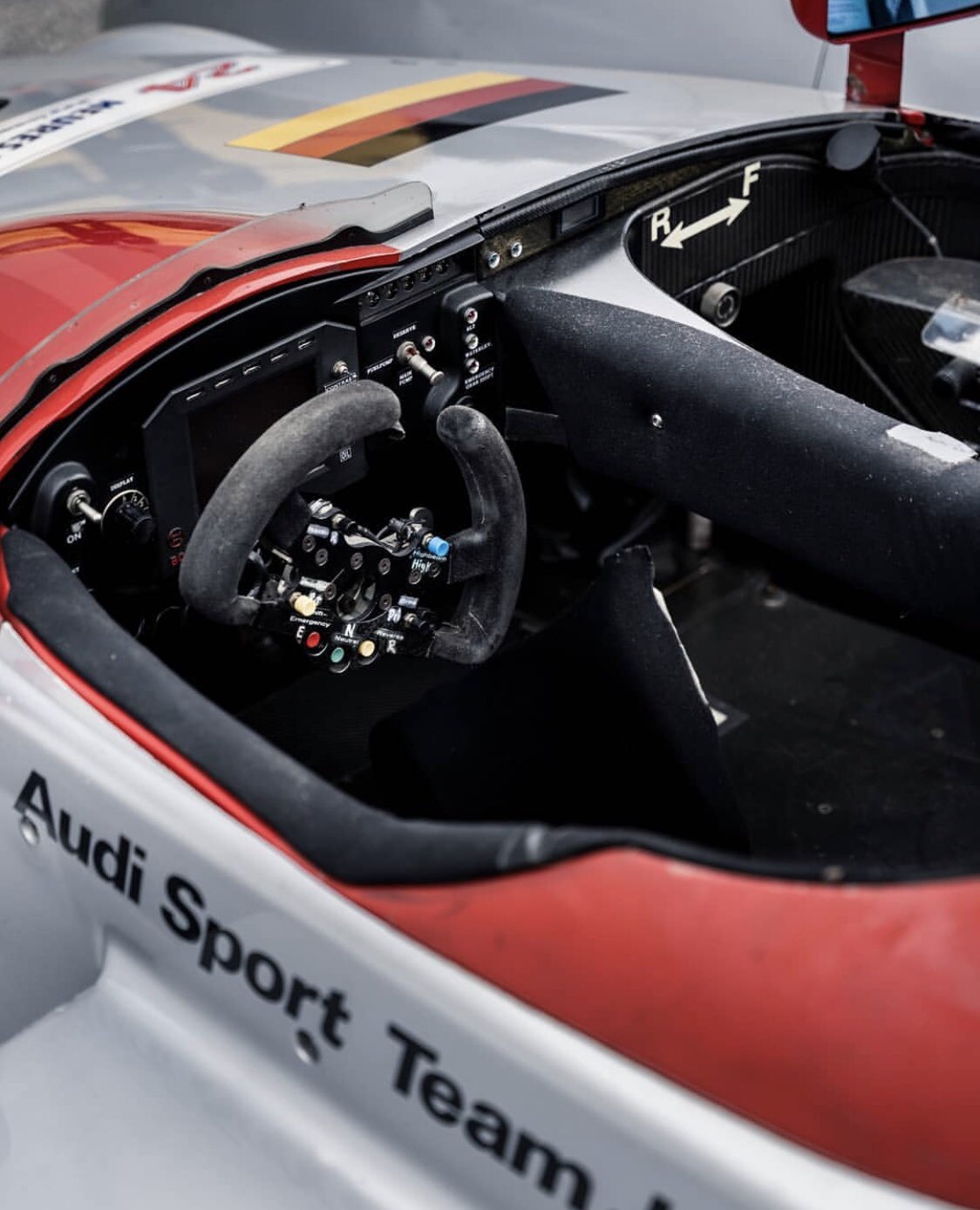 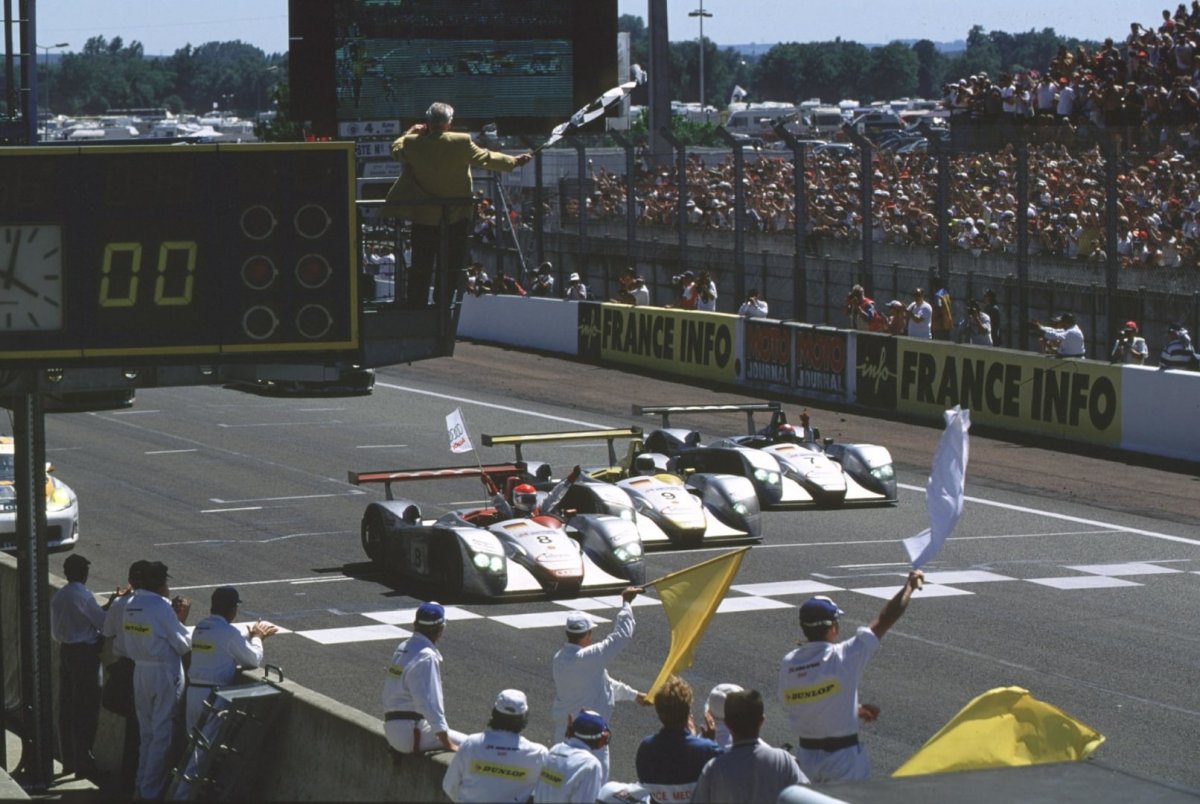