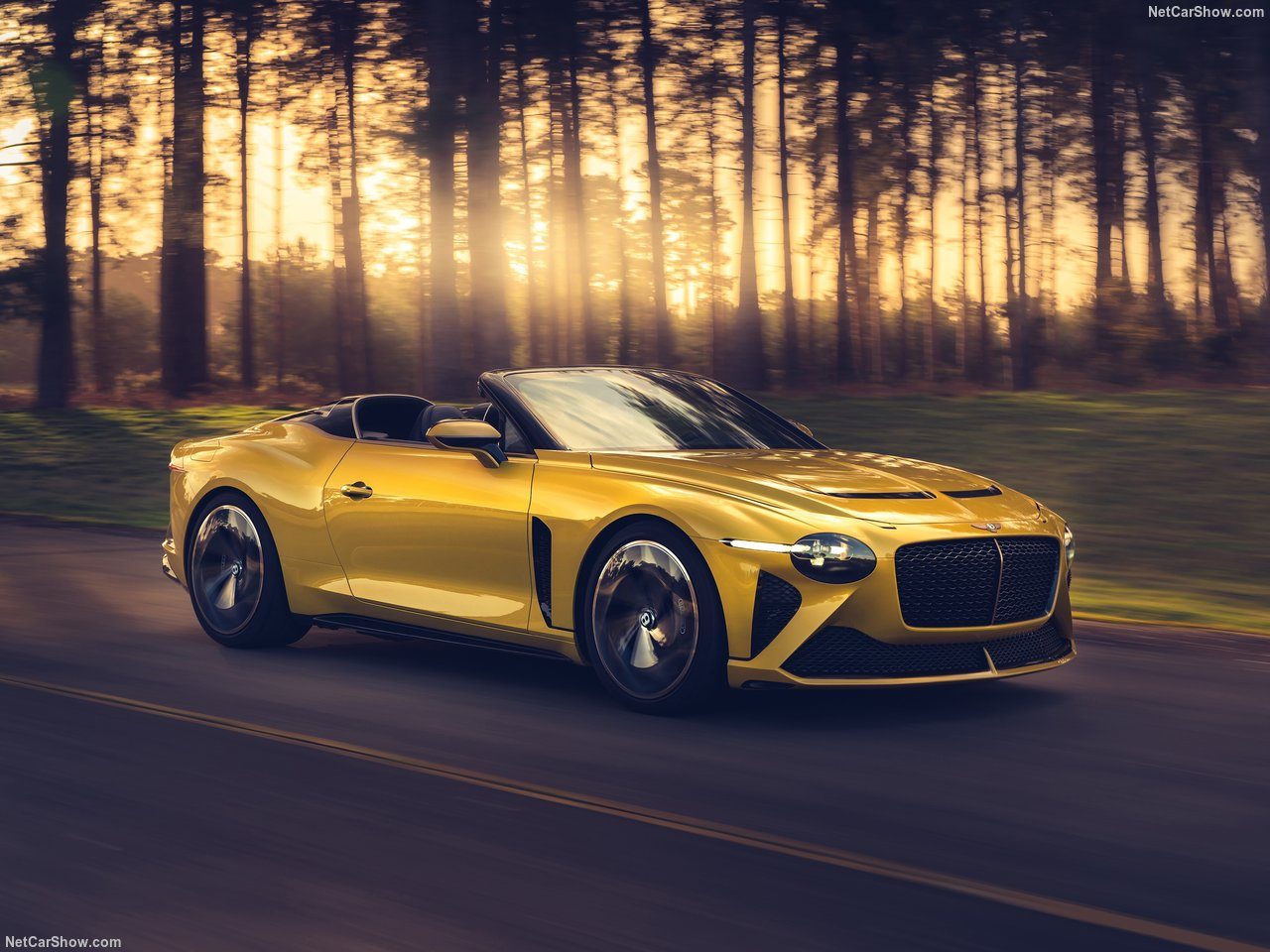 One-percenters not entirely happy with the Bentley Continental GT Convertible can look forward to seeing the new Bacalar designed by the oldest coachbuilder in the world, Mulliner. That being said, wealthy individuals should know all 12 cars planned for production have already been spoken for, even though the car costs an eye-watering £1.5 million (about $1.91M at current exchange rates).

Billed as being the “rarest two-door Bentley of the modern era,” the new Bacalar is literally a roofless car with only two seats instead of the Continental GTC’s four-seat cabin. The rather polarizing exterior design takes after last year’s eccentric EXP 100 GT concept adapted from coupe to a barchetta design. Interestingly, only the door handle has been carried over from the Continental, and that’s only because of the keyless entry system. All of the other exterior parts have been specifically designed for the Bacalar.

The car has a 20-mm (0.8-inch) wider rear track compared to the Continental GT and sits on massive 22-inch wheels with a three-tone finish exclusively created for the two-seat grand tourer. Rather than slapping on a boring badge, Mulliner went with a fancy “Bacalar” graphic on the rear panel complemented by a bronze Flying B logo.

While the exterior is no doubt special, it’s inside where Mulliner pulled out all the stops to make the Bacalar look and feel special. The dashboard uses super-rare Riverwood, which Bentley characterizes as being “a sustainable wood from naturally fallen trees that has been preserved for 5,000 years in peat bogs, lakes and rivers found in the Fenlands of East Anglia, England.”

The seat inserts, seatbacks, and the side of the headrests are made from natural wool cloth, while the Wilton-woven pure wool deep pile carpets complete the look. As a final touch, the car comes bundled with a matching set of luggage using the same embroidery as seen on the seats.

At the heart of the Bacalar is the Volkswagen Group’s latest evolution of the twin-turbo 6.0-liter W12 engine, now pushing out a massive 650 horsepower and the same 667 pound-feet (900 Newton-meters) of torque as in previous specifications. It’s hooked up to a revised eight-speed, dual-clutch automatic transmission promising to deliver quicker gear shifts, enabling a 0 to 62 mph (100 km/h) run in three and a half seconds and a top speed surpassing 200 mph (322 km/h). 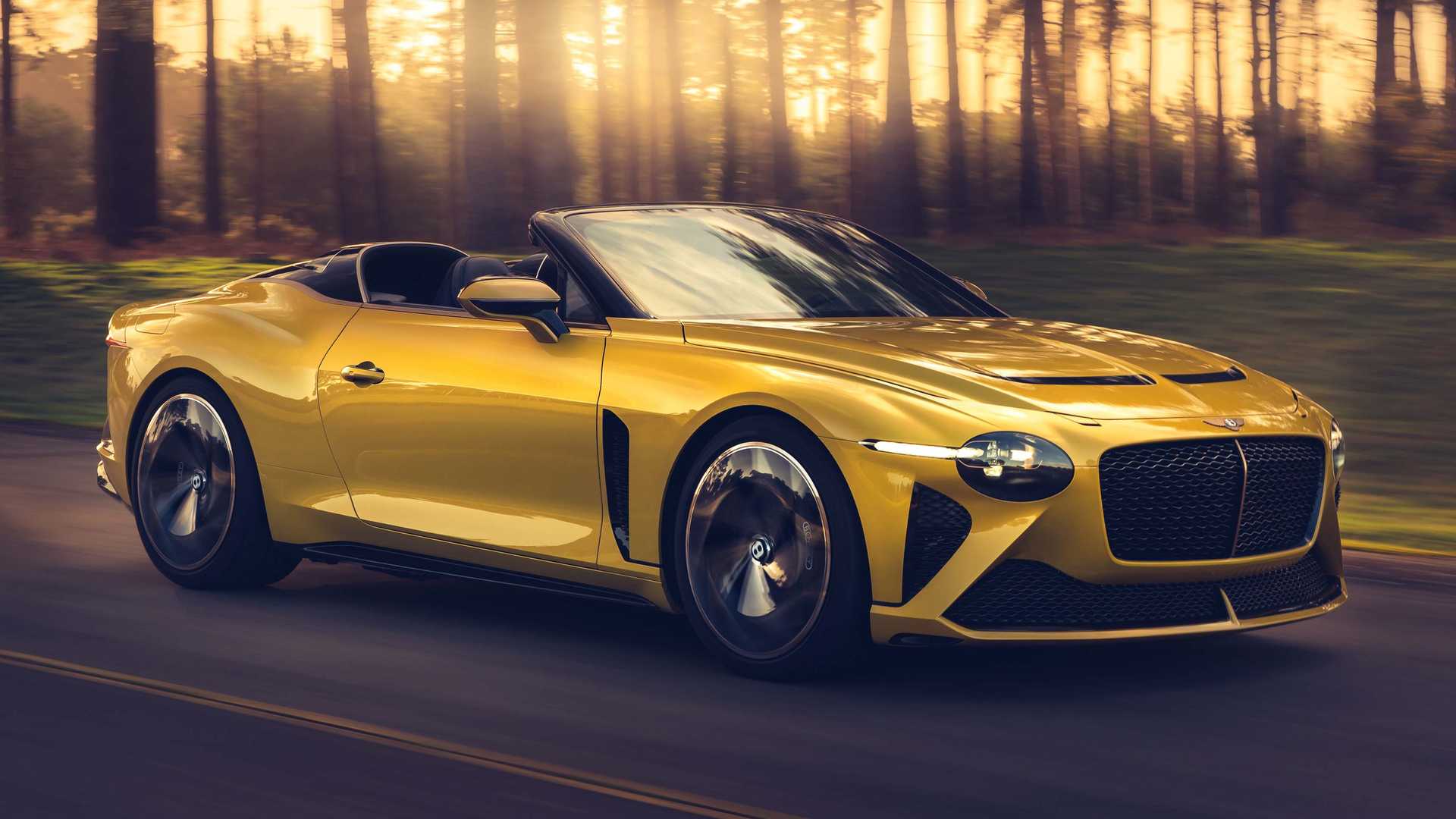 Designed by Mulliner, the oldest coachbuilder in the world, the Bentley Bacalar is limited to 12 cars and has a design derived from the EXP 100 GT. 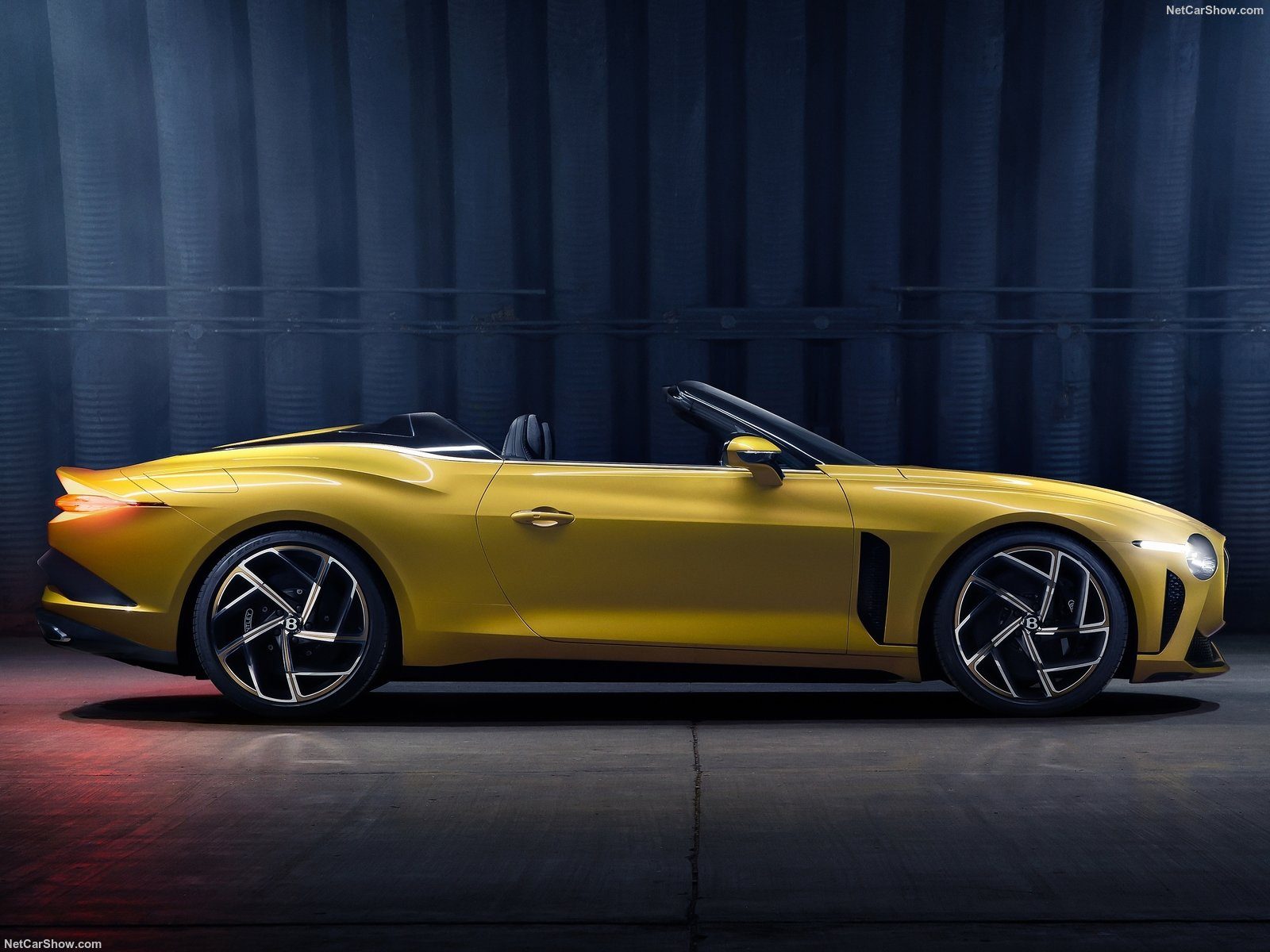 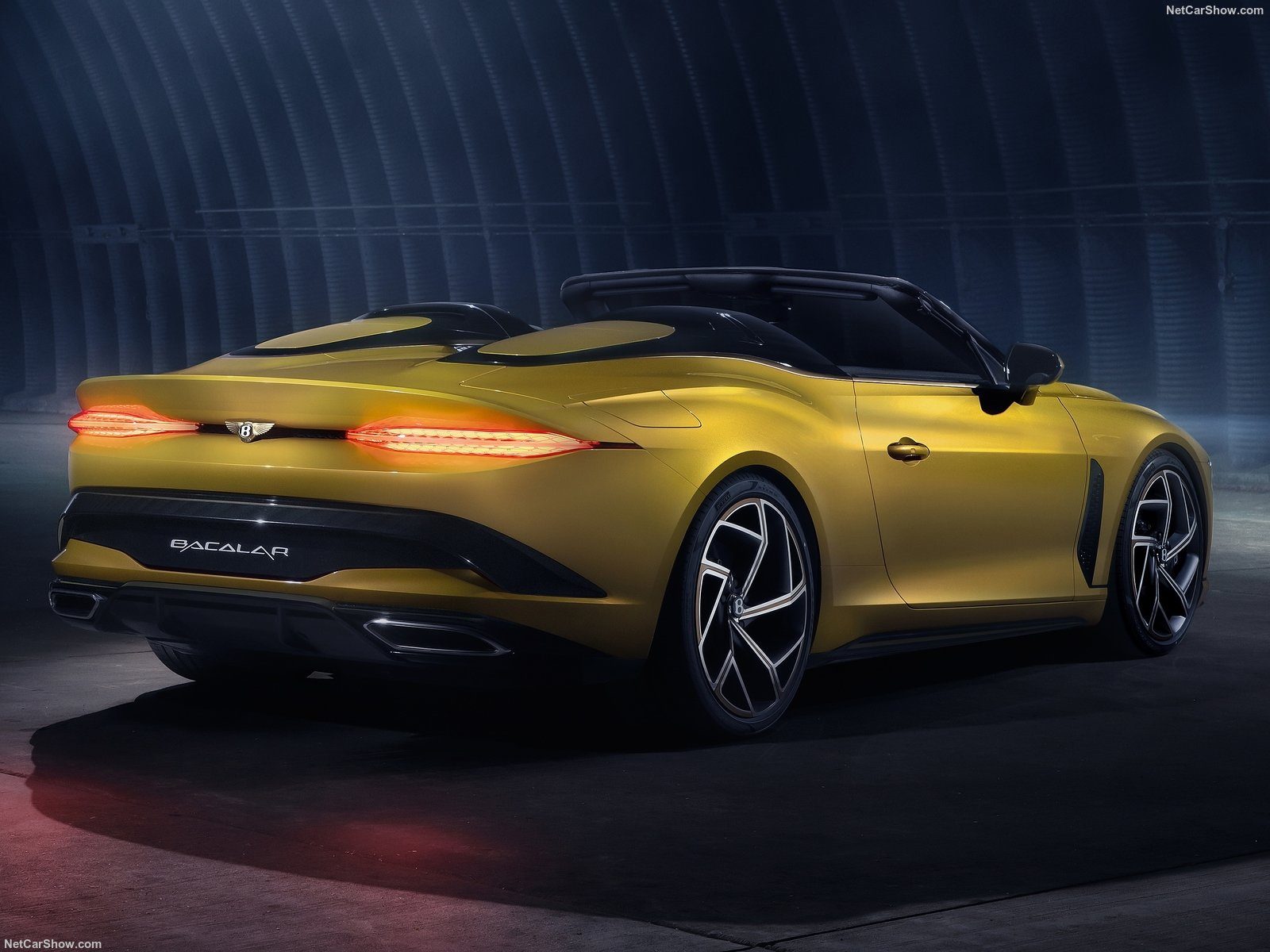 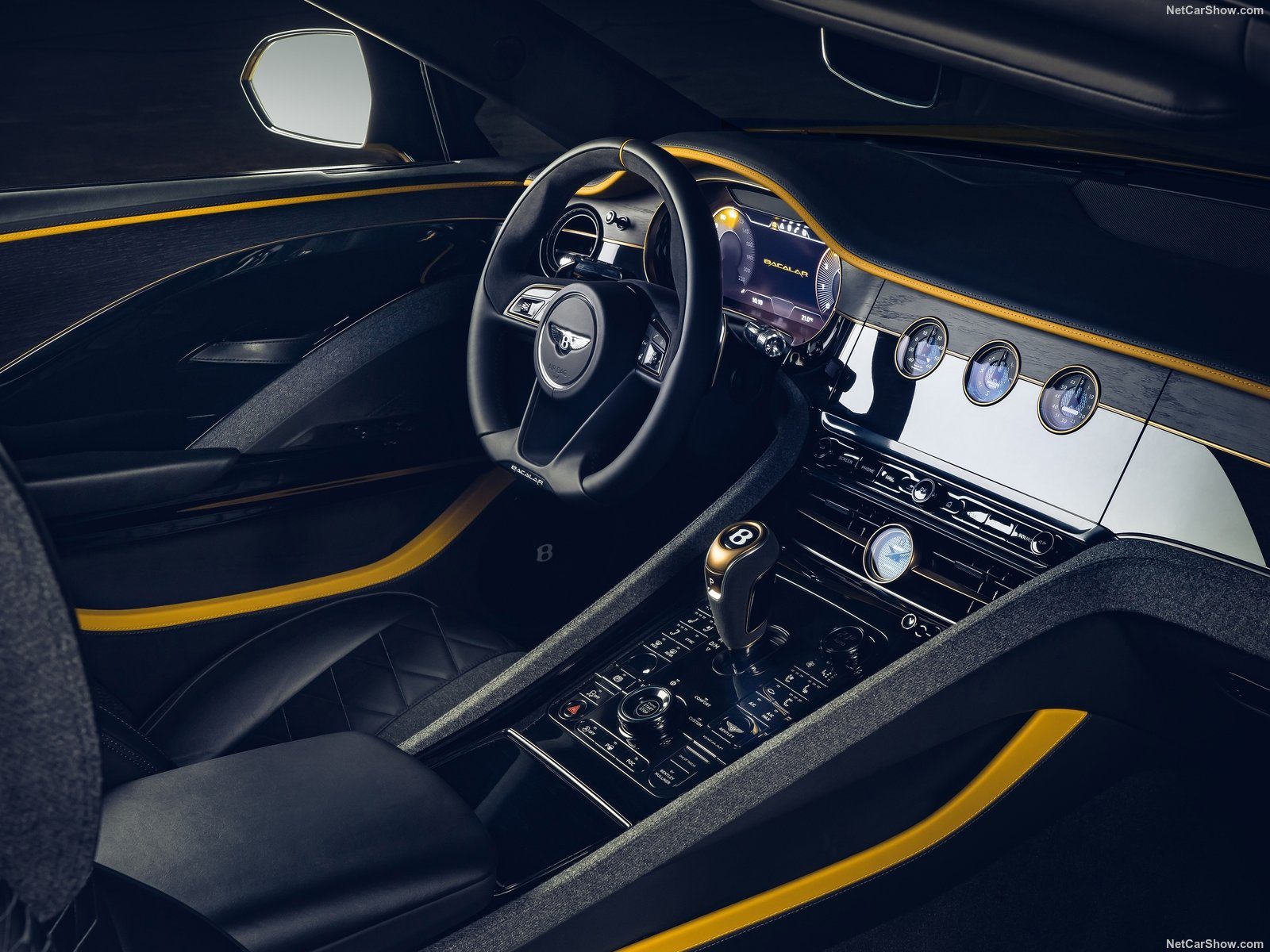 I always felt this car had a weird design since the first time I saw its press pics. On one hand, I think it's a reasonably handsome vehicle. A lot better looking than the ordinary Conti, at any rate.

But at the same time, I think it's all wrong in a couple of angles. The rear, for instance - it looks cheap. All that black bit in the bumper looks so plasticky and cheap. I'm sure it's carbon and not plastic, but even so. I don't like the wheel design, too.

And then, the interior... That's just regular Conti interior, but with more yellow piping, isn't it.