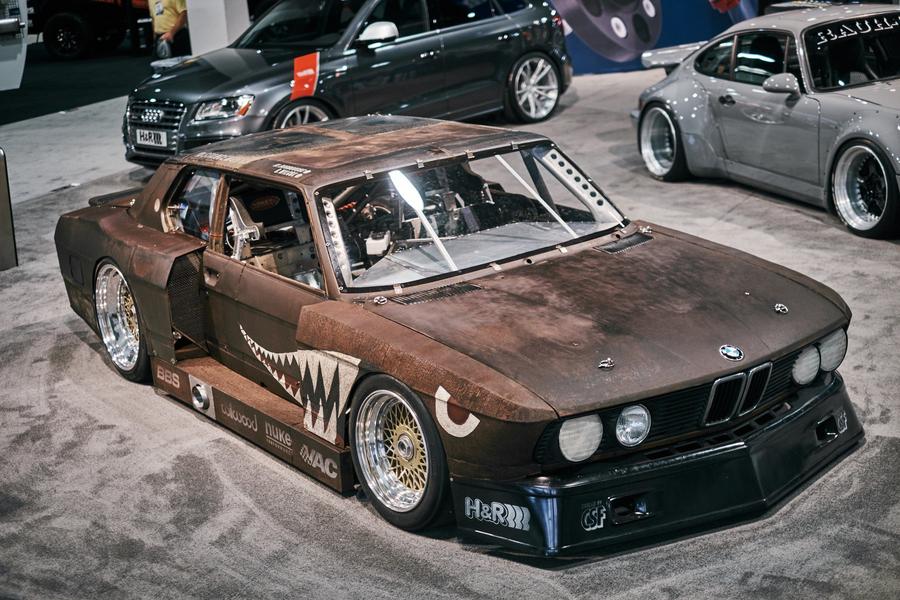 One of the most interesting cars on the SEMA floor this year is Rusty Slammington, a car so steeped in aftermarket history that it certainly deserves its own name. Over the past eight years, its owner has taken it through several different stages, but what sits at SEMA is an entirely new concept, a motorsport-inspired rat rod that refuses to die.

Owner Mike Burroughs purchased what was then a normal 1985 BMW 535i in 2007. One year later, through appreciation of the old-school rat-rod style, Burroughs began experimenting with intentional panel rusting. By 2009, the whole vehicle was covered in a soft orange patina.

In 2010, Rusty gained notoriety after one very serious makeover. The roof was chopped by 5 inches, the motor was swapped out in favor of a 1JZ Toyota Supra powerplant, and the Ronal Racing wheels were dipped in 24-karat gold. It also adopted a much darker color, thanks to the integration of motor oil in the rusting process.

Then came the fire. In 2011, a freak accident during a late night of wrenching resulted in Burroughs' garage burning down. Not only did it ruin his tools, scorch his collection of rare wheels and nearly kill him and his friends, it also burnt Rusty to a crisp. "I guess Satan just wanted his car back," Burroughs wrote at the time.

Four years later, Burroughs has finally unveiled Rusty's reborn form at SEMA. This time, the car's aesthetic borrows heavily from motorsport, specifically FIA Group 5 racing. Rusty's new form is built on a custom tube chassis, which includes an integrated roll cage. The body and wheelbase were both shortened by a foot, turning this sedan into a coupe. Burroughs and his team added custom wide fenders on all four corners and complemented those with the wheels from a Porsche 935 race car.

The old Supra motor was replaced with a purpose-built, BMW-sourced S38 six-cylinder engine. Nearly everything relating to both the car and the motor is custom, from the exhaust manifold to the inboard suspension.

Many will disagree with the aesthetic, as rust very obviously serves no purpose beyond looks, but one thing that cannot be denied is the hard work and effort that went into creating this car. It's more than just air suspension and fancy paint. It's more than just an exotic supercar with a wide-body kit bolted on. It's about creating something that has no justification to exist, and taking four long years to do it. Rusty Slammington looks like a car that dragged itself back from the depths of hell, because that's exactly what it did. 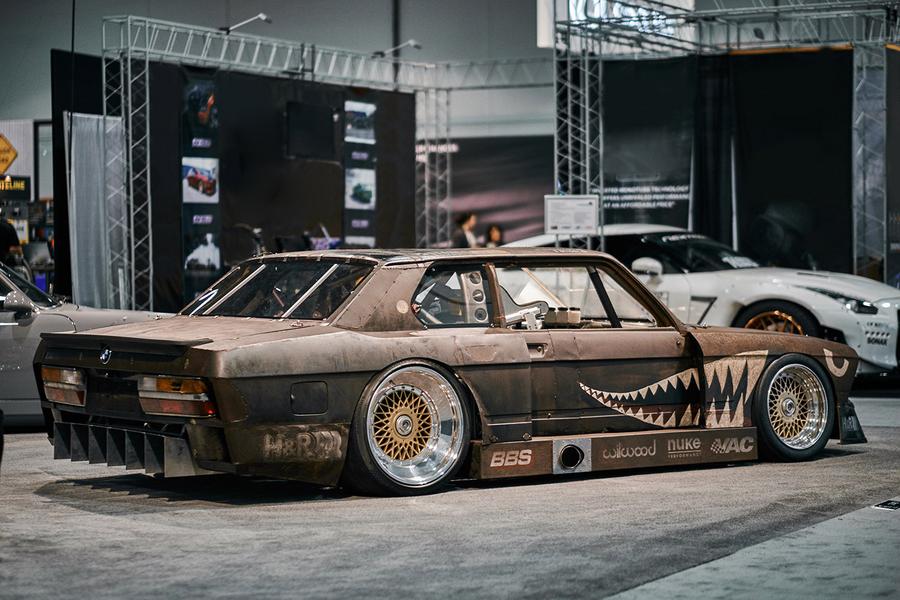 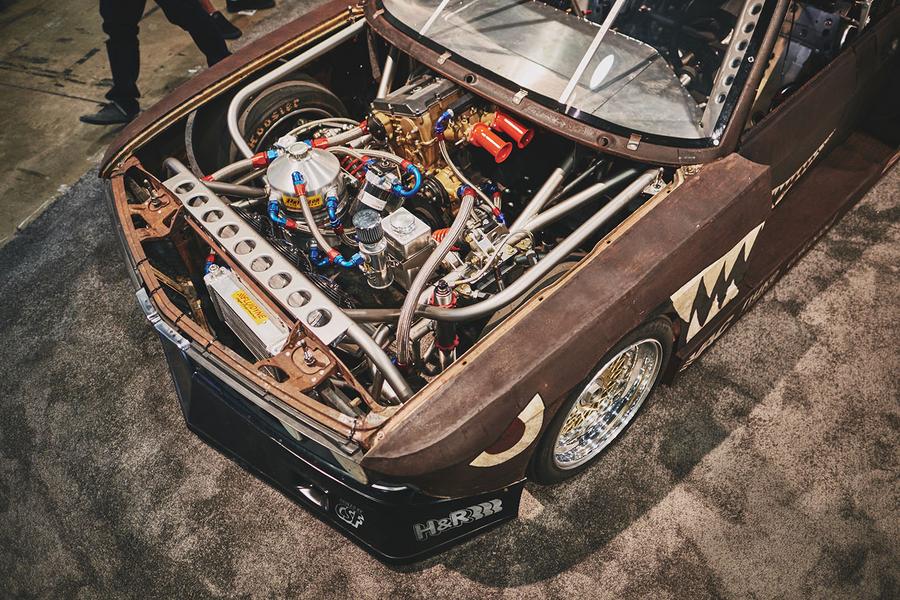 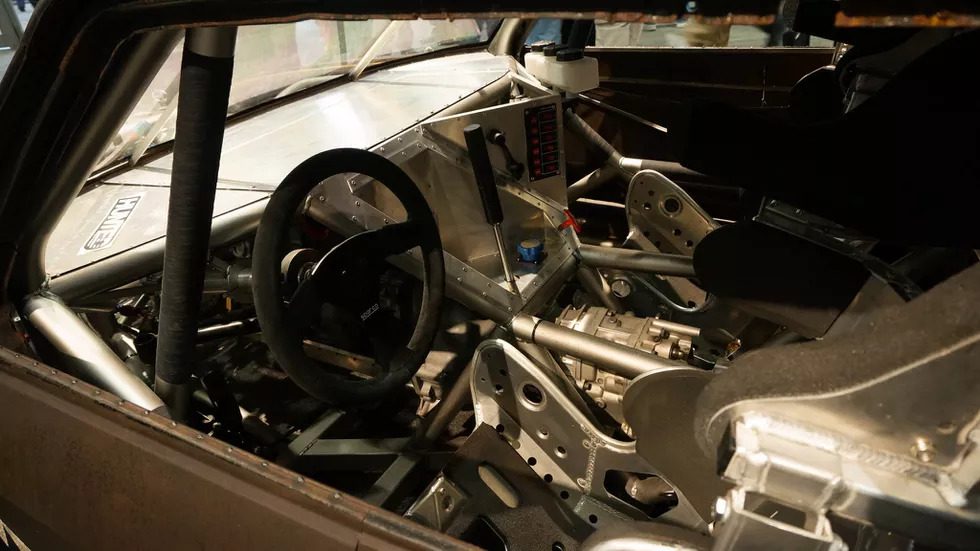