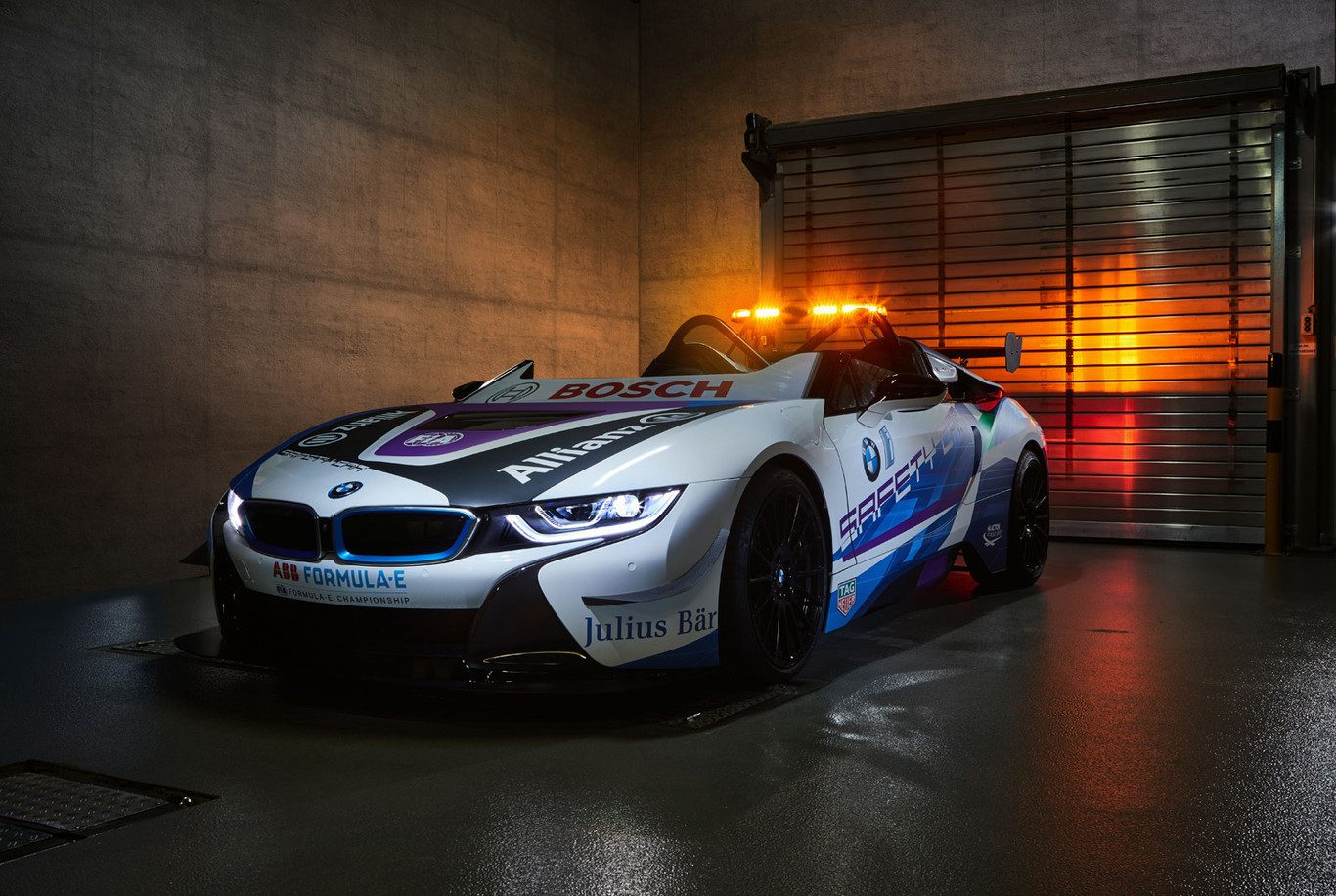 BMW has unveiled its new i8 Roadster safety car. It was unwrapped on the eve of this year’s E-Prix at the “Yacht Club de Monaco” and, like its sister model the previous i8 Coupe safety car, it features a few performance upgrades, tweaked styling and a wild livery. BMW claims its new i8 Roadster is the world’s first open-topped safety car.

Performance modifications for the i8 Roadster safety car are relatively minor, stretching to a set of M Carbon Ceramic brakes, an FIA-approved roll bar and new front splitter and rear wing, which BMW claims improves the i8’s downforce. It also features a uniquely shortened windscreen, which lowers the car’s centre of gravity by 15 millimetres.

The i8 Roadster’s drivetrain is unchanged from the road car, meaning the rear wheels are powered by a turbocharged 1.5-litre three-cylinder petrol engine, while the front axle is driven by an electric motor. Power and torque figures are 369bhp and 570Nm respectively and, thanks to its reduced weight, both its 0–62mph time and top speed should be improved.

To allow the i8 Roadster to fulfill its role as a safety car, BMW has fitted it with a range of safety-focused updates, including a GPS antenna, a comprehensive communication system, a rear-view camera and a large light bar mounted above the rear wing. A bespoke livery, which draws inspiration from the old i8 Coupe safety car, was also commissioned.

The i8 safety car was developed and built as an out-of-hours project by BMW i division, and marks the German firm’s fifth season as an official vehicle partner of the Formula E racing series. As well as this new safety car, the race series uses a BMW i3 as its race director car, a BMW 530e for its medical car and a BMW X5 40e as its rescue car. 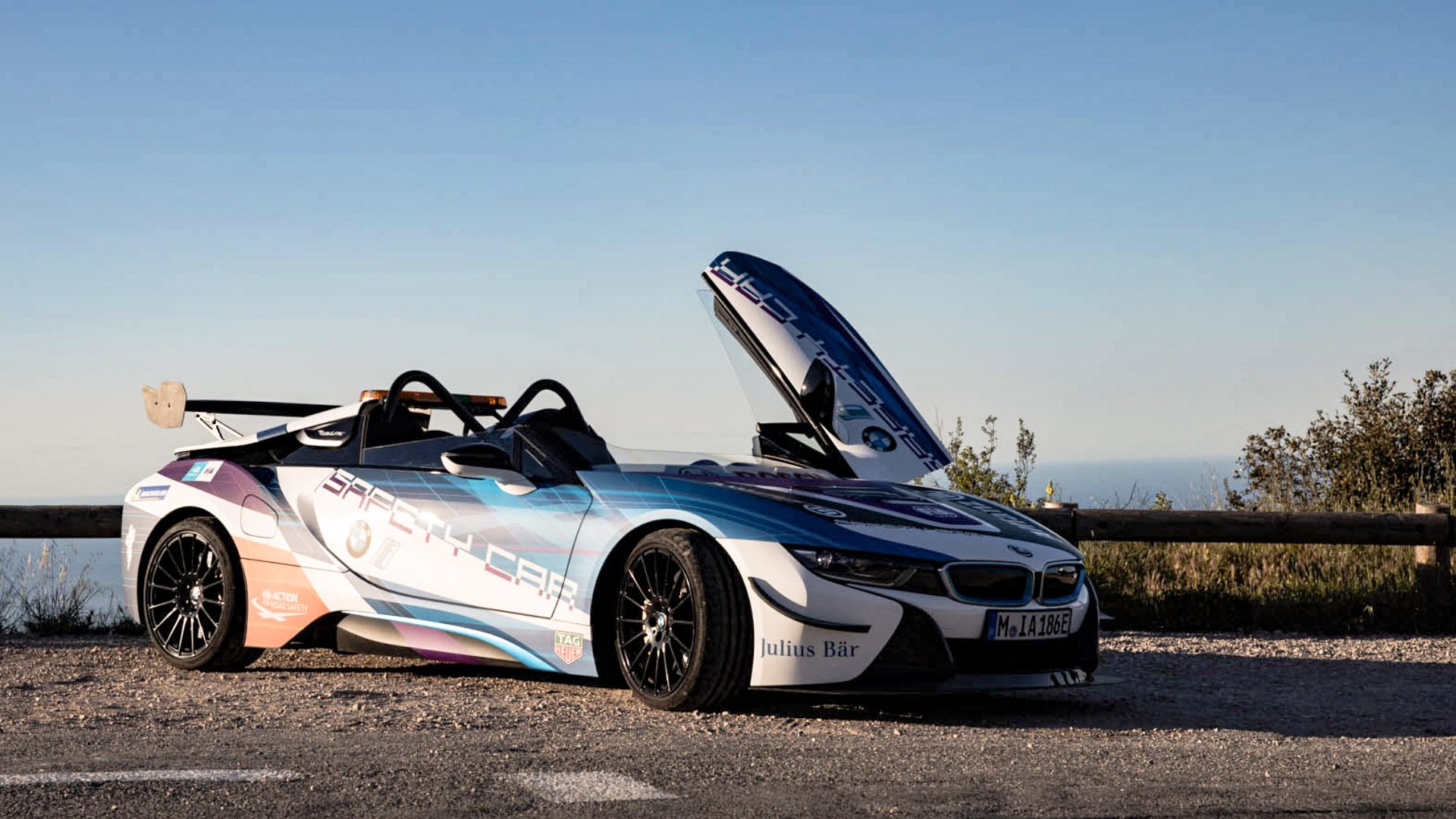 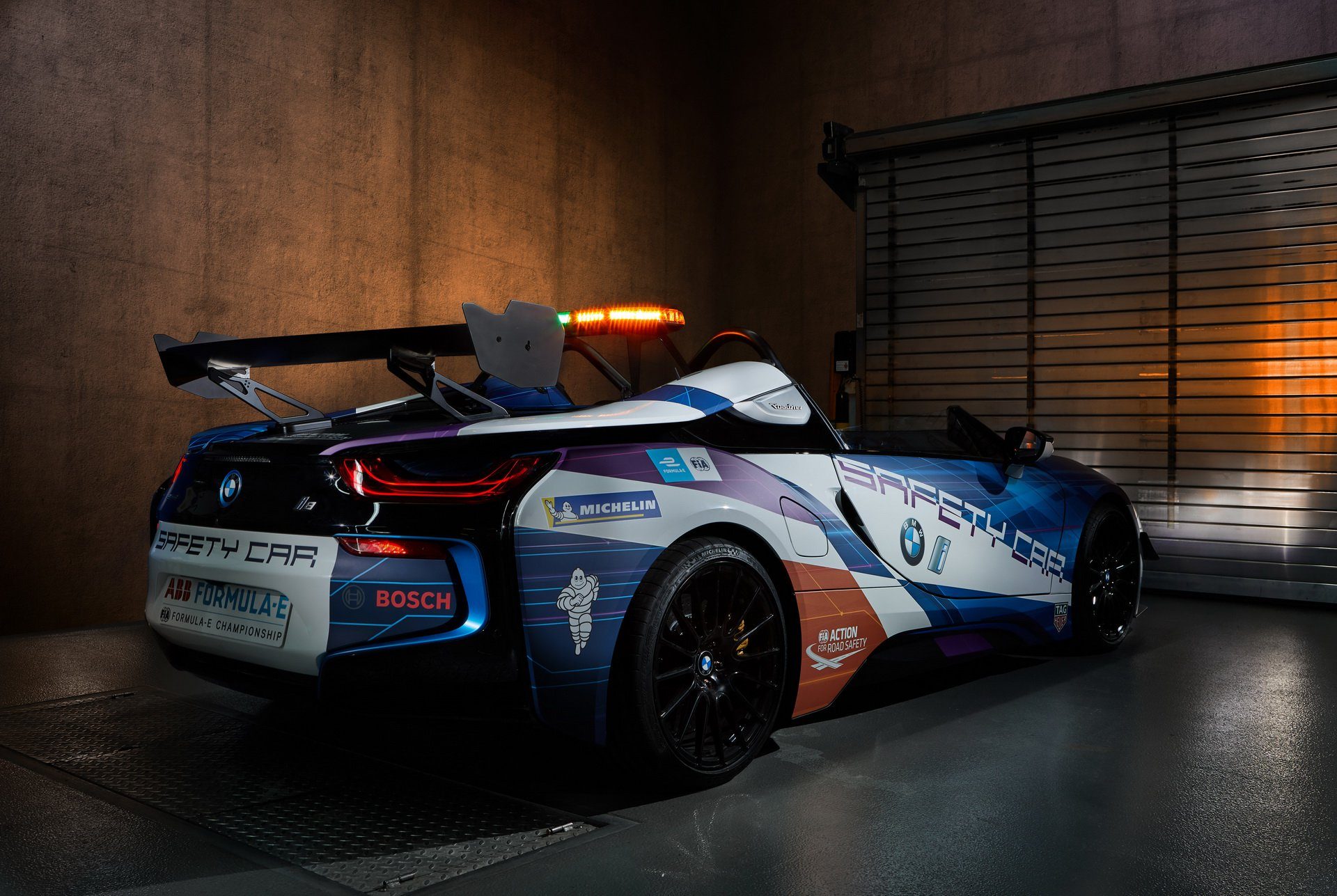 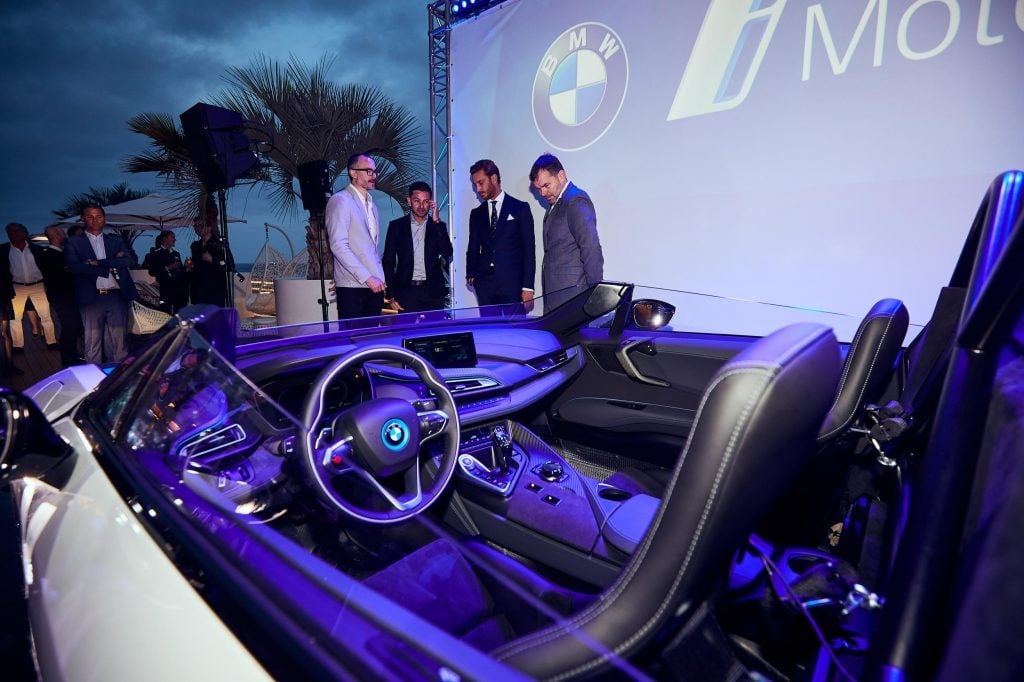